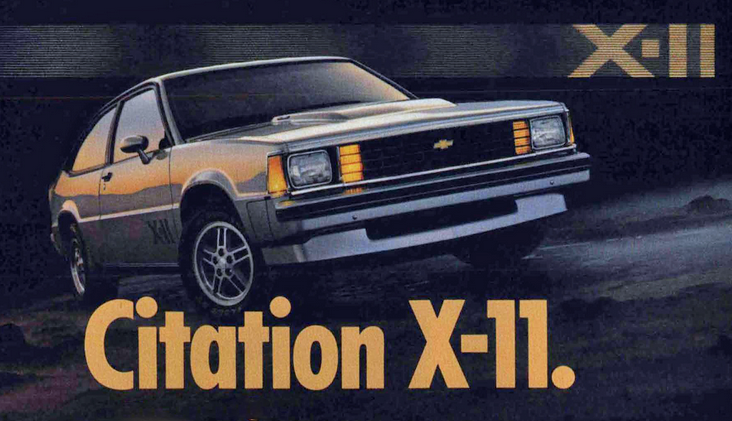 It was a bold move by General Motors. In one fell swoop, GM discontinued four vehicles that had grown mostly irrelevant, and replaced them with modern, cutting-edge machines perfectly tailored to meet the expectations of a changing marketplace.

Gone for 1980 were the old Chevrolet Nova, Pontiac Phoenix, Oldsmobile Omega, and Buick Skylark, all of which rode on GM’s X-Body architecture. Though popular over the years—especially the Nova—the X-Body sedans and coupes had aged poorly. The rear-drive cars still rode on old-school leaf-spring rear suspensions, and were heavy and cramped compared to competitive products–especially the strong-selling Ford Fairmont, which was introduced for 1978. 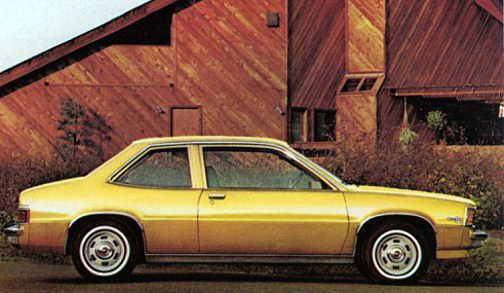 Citation was the only X-Car available in the Club Coupe body style.

Perhaps impressed by the marketing power of the letter X, GM chose to market its new-for-1980 compacts singularly and collectively as “X-Cars,” a tag the public quickly embraced.

Buick, Oldsmobile, and Pontiac versions of the new GM compacts retained their Skylark, Omega, and Phoenix names, while the new Chevy was dubbed Citation.

Body types varied by brand, but the Citation and Phoenix were the only models available as 4-door hatchbacks. Additionally, only the Citation could be had in a unique “Club Coupe” configuration.

Early media reviews of the X-Cars were overwhelmingly positive, with kudos coming in for the cars’ sporty feel and impressive fuel economy.

Unfortunately for all involved, the X-Cars were plagued with technical glitches, leading to numerous high-profile recalls. The most troubling issue involved the brakes, which were prone to locking up during normal braking.

To maintain sales volume during in the face of poor publicity—and to offset base prices that had risen 20-25 percent over the previous-generation X-platform vehicles, GM was forced to offer significant rebates on the cars.

Today we look back on the X-Cars with a sort of sad resignation. What should have been General Motors’ shining moment of the modern automotive era instead proved to be a PR disaster, and a clear indication that the company had grown too large and bureaucratic to successfully keep pace with a changing marketplace.

Gathered here for your consideration are ten X-Car print ads, and one TV spot. As always, if you remember spending time with any of these promising but trouble-prone rides, please tell us about it. The place to leave comments is below the last ad. 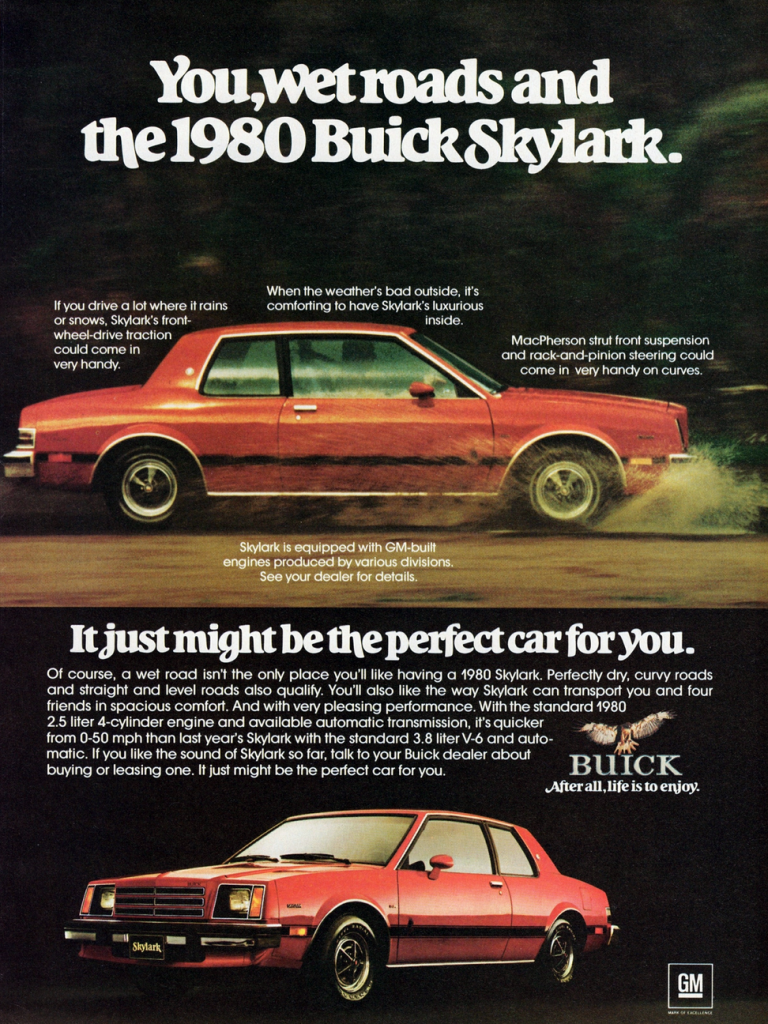 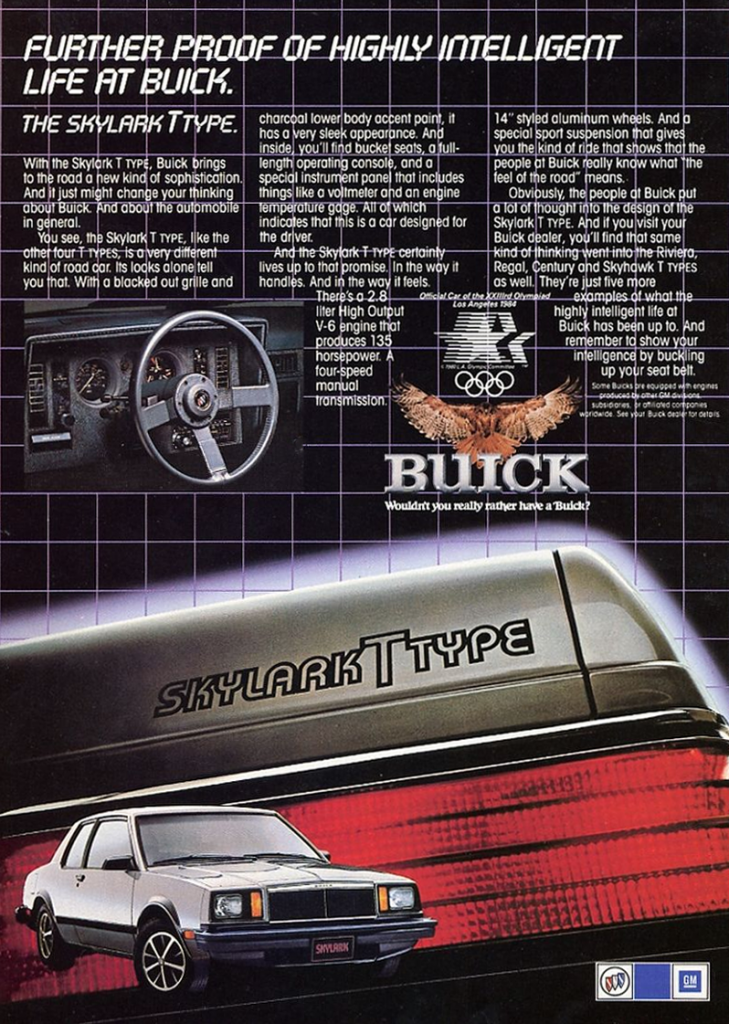 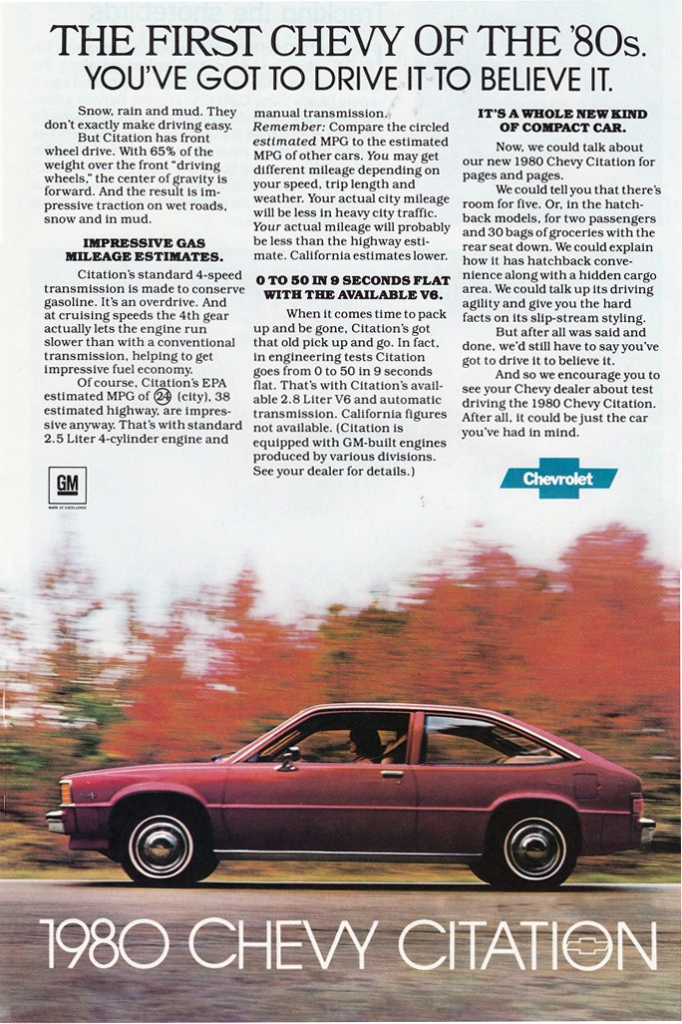 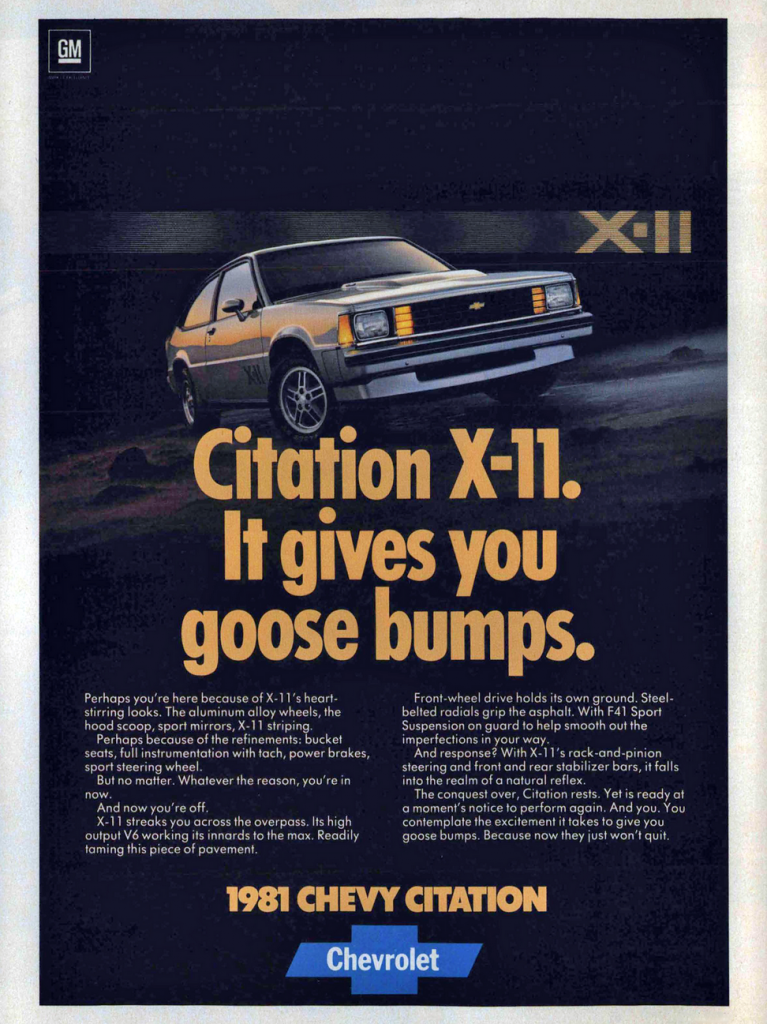 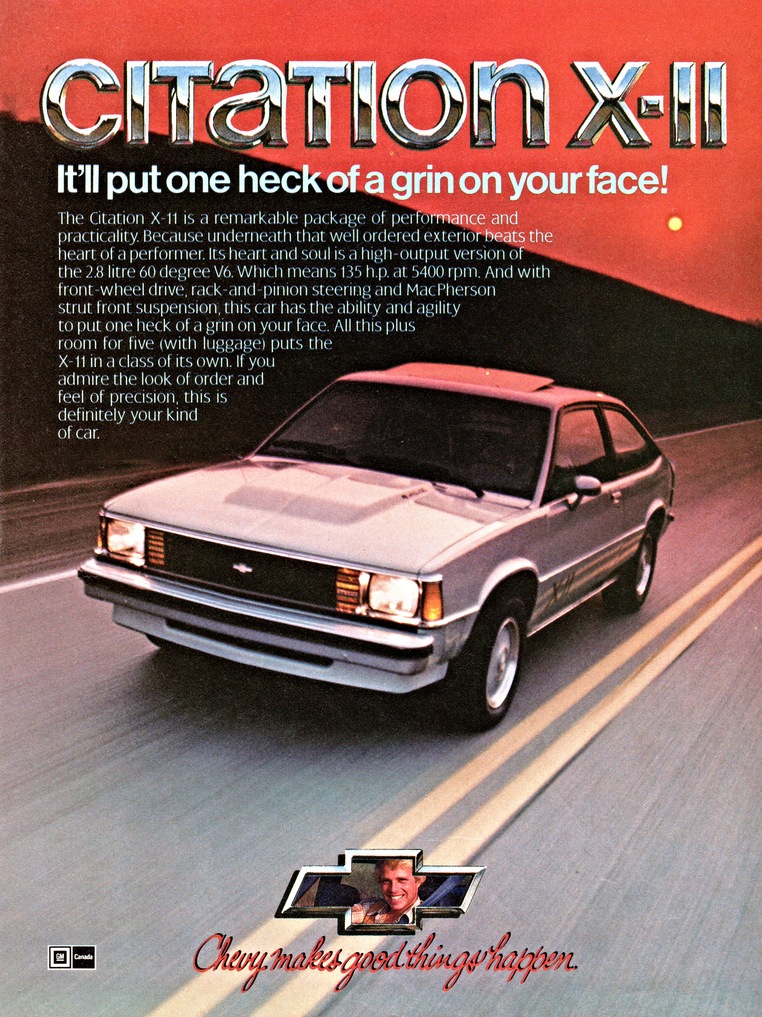 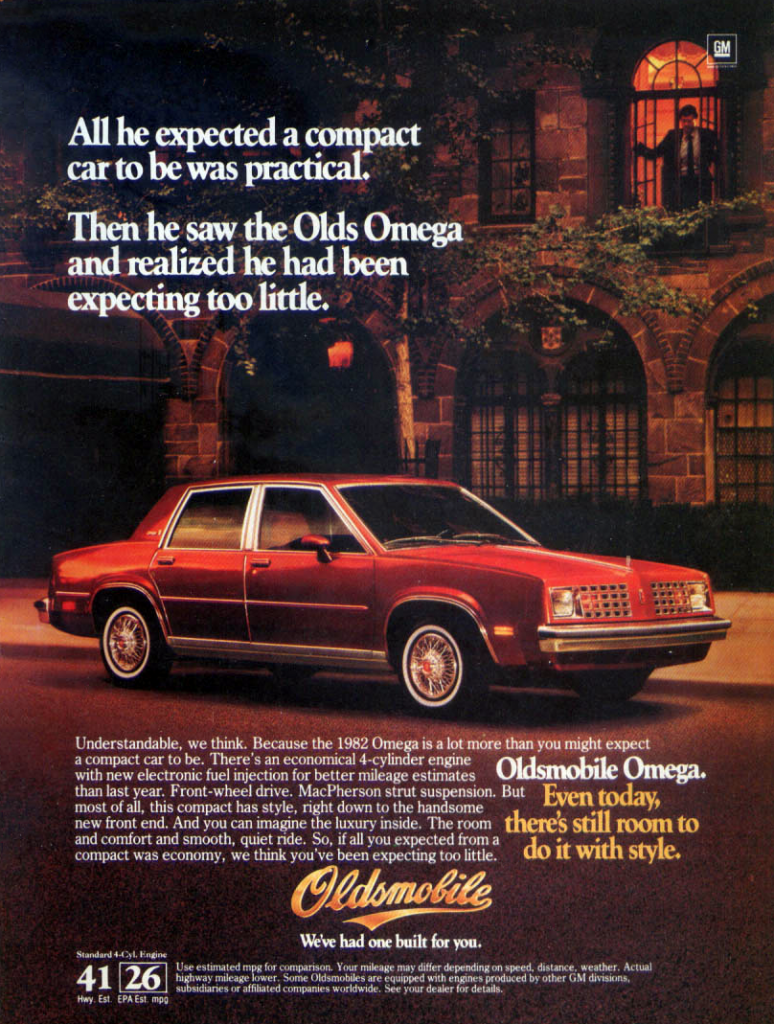 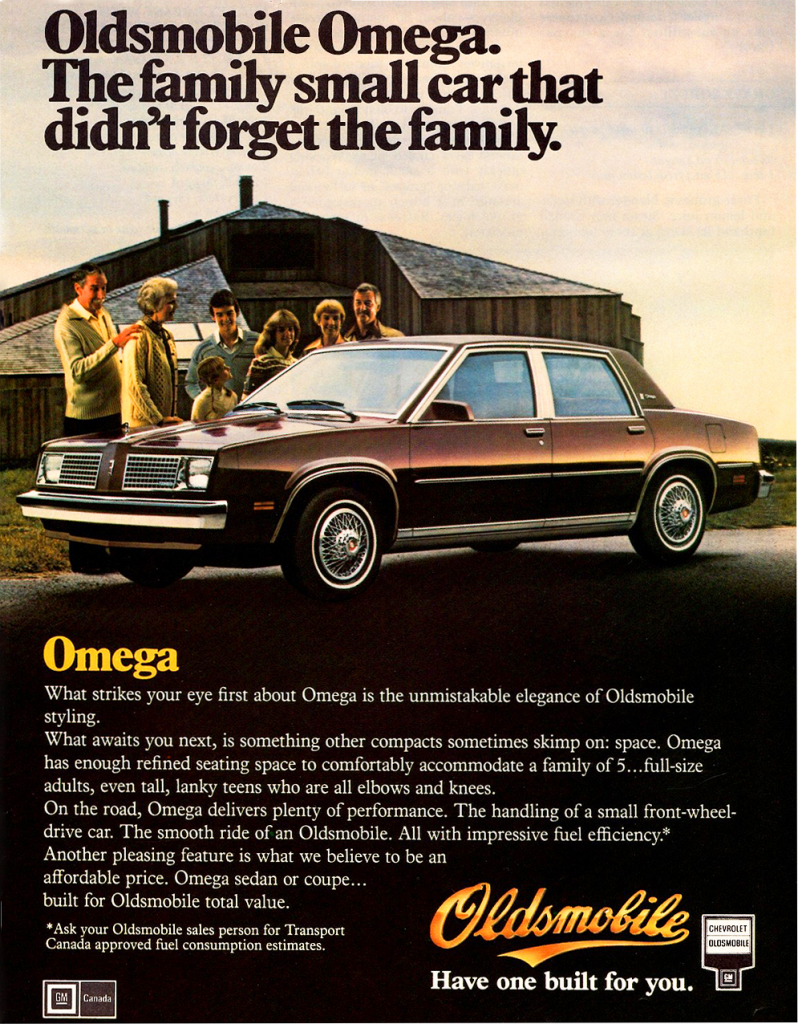 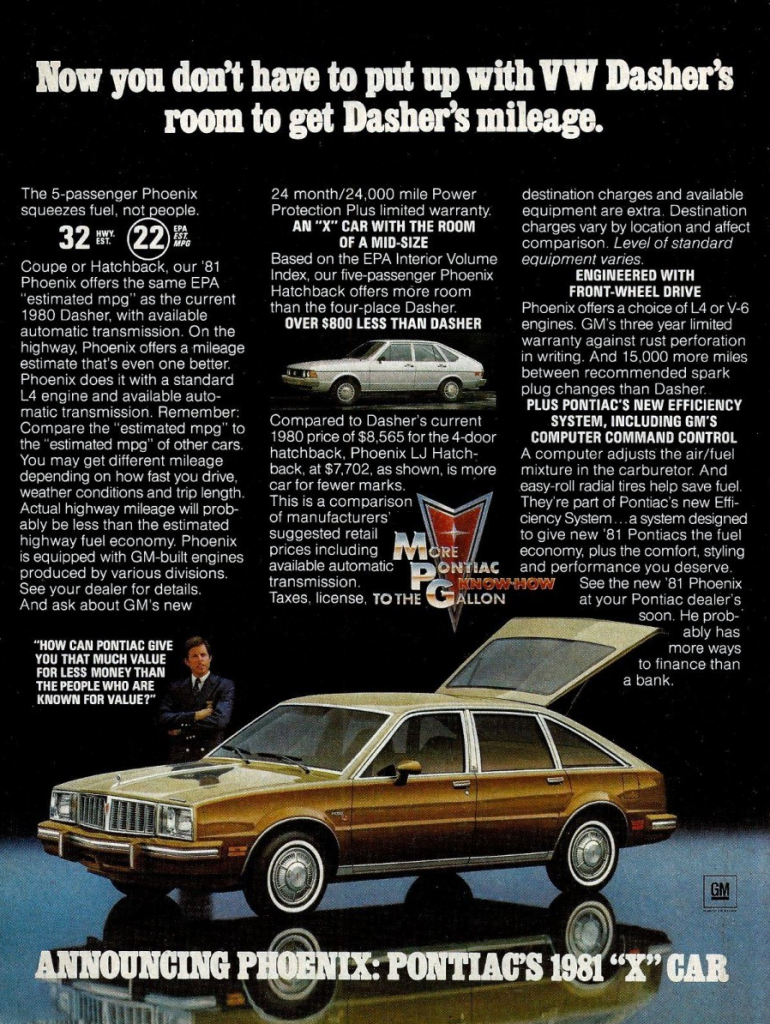 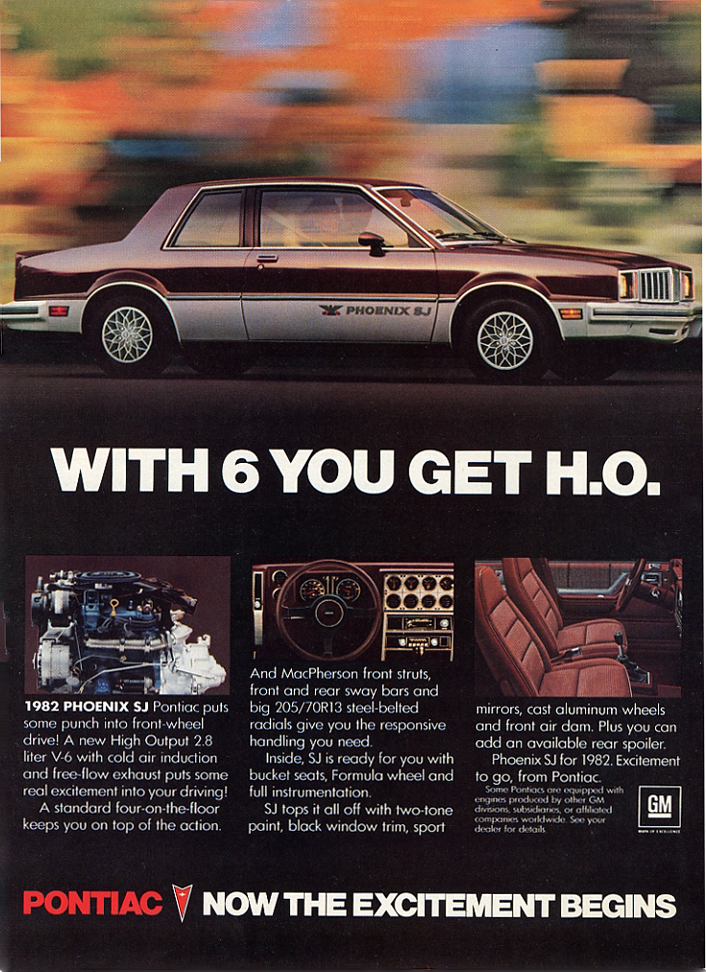