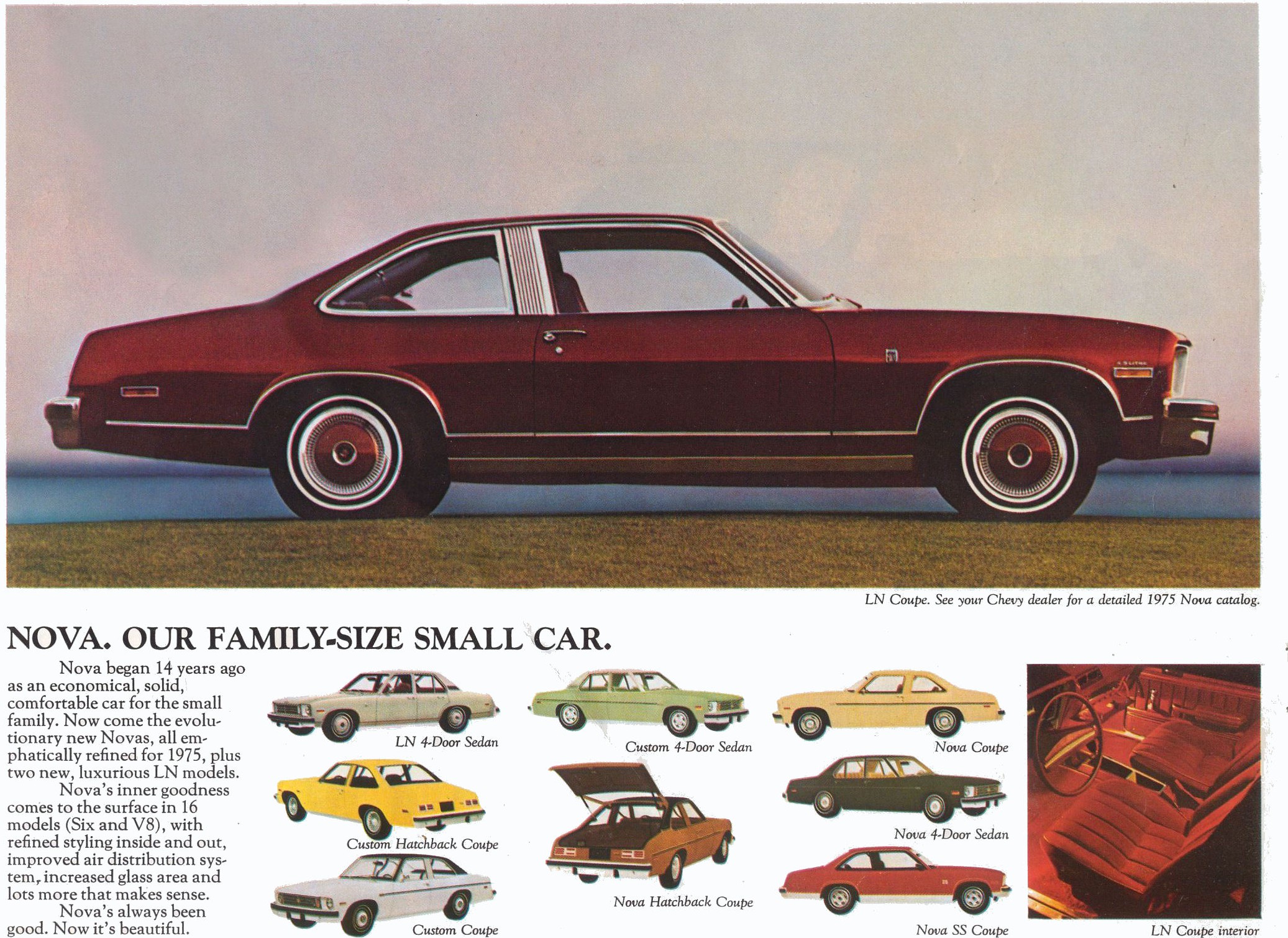 Chevrolet Nova was the N in GM’s X-platform NOVA(S) mnemonic.

It was in fourth or fifth grade that I aced a geography test employing the time-tested mnemonic HOMES. I imagine most of us recall the Great Lakes similarly: Huron, Ontario, Michigan, Erie, and Superior.

Regrettably, I only really needed to recall the names of all five lakes once, about forty years ago, yet that dumb mnemonic is stuck in my head, along with the lyrics to the Gilligan’s Island theme song and images of Boris Yeltsin dancing. (You can watch Boris dance on YouTube and share in my agony.)

But for every HOMES there’s a mnemonic that’s decidedly more useful. Biologists, for example, use MRS GREN to help recall the processes that define life: Movement, Respiration, Sensation, Growth, Reproduction, Excretion, and Nutrition.

More importantly, perhaps, car guys have NOVA(S). The Mnemonic NOVA(S) helps car guys in-the-know remember the General Motors “X” platform compacts of the Seventies. In order they are the Nova (Chevrolet), Omega (Oldsmobile), Ventura (Pontiac), Apollo (Buick), and the Seville (Cadillac). Because of the extensive modifications to its version of the X-platform chassis, the Seville is not always lumped in with the rest of this crowd. Indeed, GM gave the small Cadillac’s underpinnings their own “K” platform designation.

It’s worth noting that the NOVA(S) mnemonic only works for 1975. That’s because the Seville came on line this year, and because the Apollo became the Skylark for 1976.

This generation Nova had the longest run of the NOVA(S) quints, joining the Chevy lineup in 1968 and sticking around until the end of the 1979 model year. The base Nova engine for ’75 was a 250-inch straight six, though 262- and 350-inch V8s could be had that year as well.

Available beginning in 1973 and running through the end of 1979, Omega was a relatively slow seller compared to the rest of the Olds lineup. Only the smaller Starfire and substantially more expensive Toronado sold in lower volume. 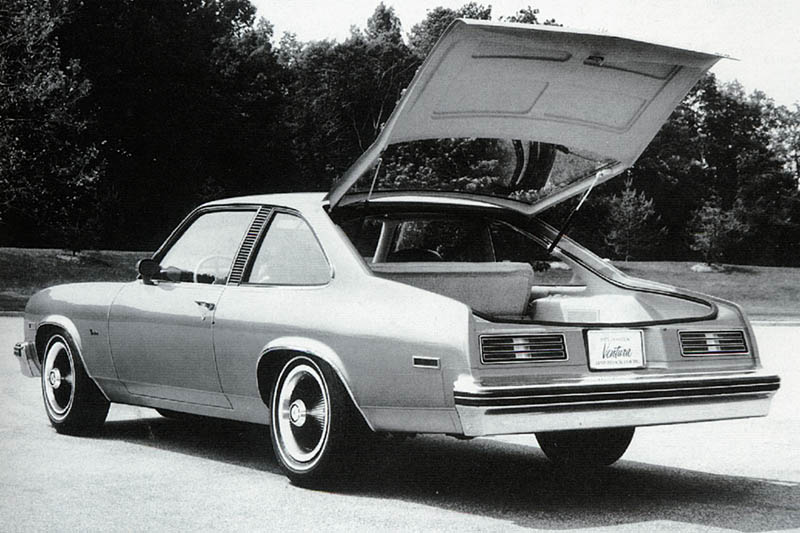 Pontiac’s version of the X-platform family entered the picture in 1971 and survived through 1977, when the Ventura name was ditched in favor of Phoenix. Note: 1971 and 1972 models were dubbed Ventura II, this because the Ventura badge had been previously applied to a full-size model.

The Apollo moniker was the short-timer of the bunch, in service for just the 1973 through 1975 model years. The car lived on largely intact, however, wearing the Skylark name until being replaced by the front-wheel-drive Skylark for 1980.

Though born of humble roots, the new-for-1975 Seville enjoyed several meaningful upgrades over the rest of the NOVA(S) crowd, hence the parenthetical callout. At 114.3 inches, Seville’s wheelbase stretched 3.3 inches farther than its more common brethren. More importantly, the Seville boasted a standard fuel-injected 350-inch V8 that was good for 180 horsepower–up to 25 horses more than the carbureted 350s under the hoods of other NOVA(S) cars.