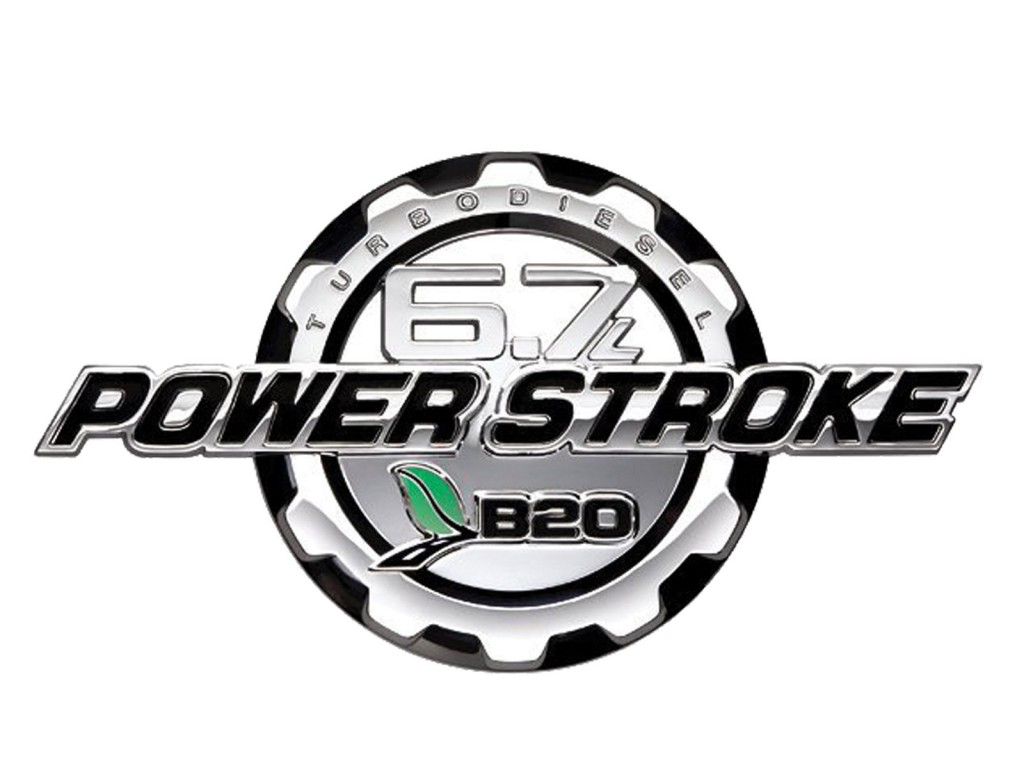 Ford’s 6.7-liter Power Stroke turbodiesel gains a larger turbo for 2015 that gives it about 10 percent more twist — and the current Power King title. Pertinent figures are 440 horsepower and 860 lb ft of load-lugging torque.

Sort of like our national debt, the max-power figure for heavy-duty diesels is constantly climbing. Every time we think it can’t possibly get any higher, somebody passes a torque-boost bill and up the ladder it goes.

Diesel engines first appeared in pickups back in the late 1970s. Credit General Motors, which was on a gas-price-fueled economy kick back then. The company made available 4-cylinder, V6, and V8 diesels in a wide variety of vehicles, the biggest going into those Godzillas of gas gluttony, the full-size pickup. 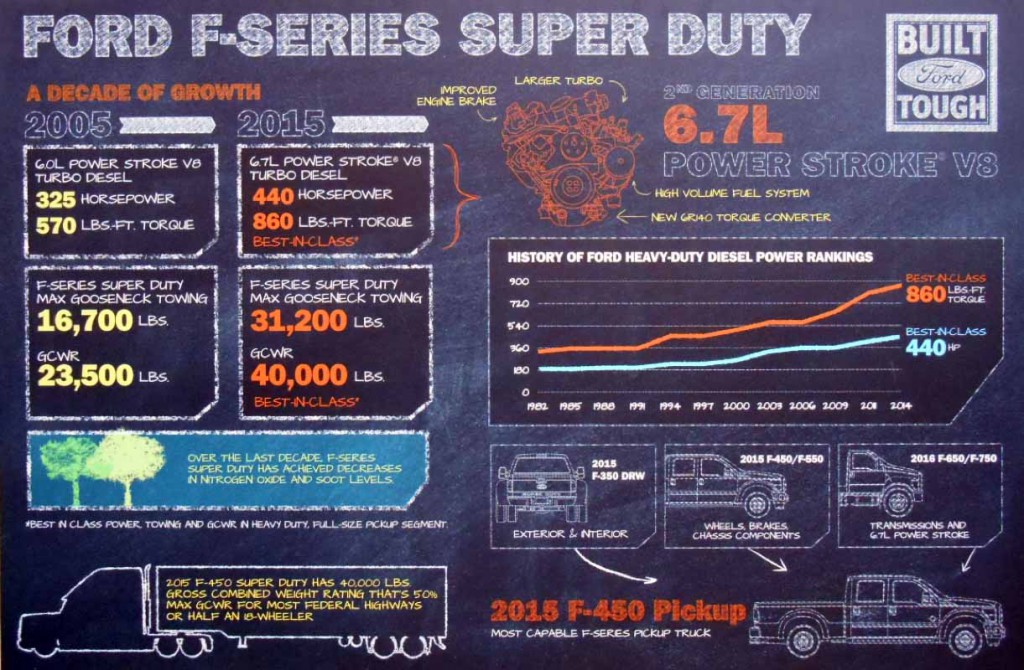 The rise in turbodiesel power over the years — particularly in the last few — is illustrated by this Ford chart. Note that when used in the company’s F-450 Super Duty pickup, the latest Power Stroke diesel allows for a Gross Combined Weight Rating (with a trailer) of up to 40,000 lbs — or half of a semi.

Those diesels weren’t turbocharged. As such, their peak horsepower figures were almost laughable for their displacement, but they made their mark with fuel economy. For instance, the first GM diesel V8 displaced the same 5.7 liters (350 cubic inches) as the gas version, but produced only 120 horsepower vs. 170. However, fuel economy was said to be about 20% better.

Of course, contemporary diesels are actually turbodiesels, which makes a big difference. It’s hard to fathom how two little fans can boost power figures so much, but they most certainly do.

The first of the turbodiesels was Dodge’s famed 5.9-liter Cummins inline-6, which arrived as a late 1989 offering. While its 160-horsepower rating wasn’t tops that year, its massive 400 lb ft of torque was. 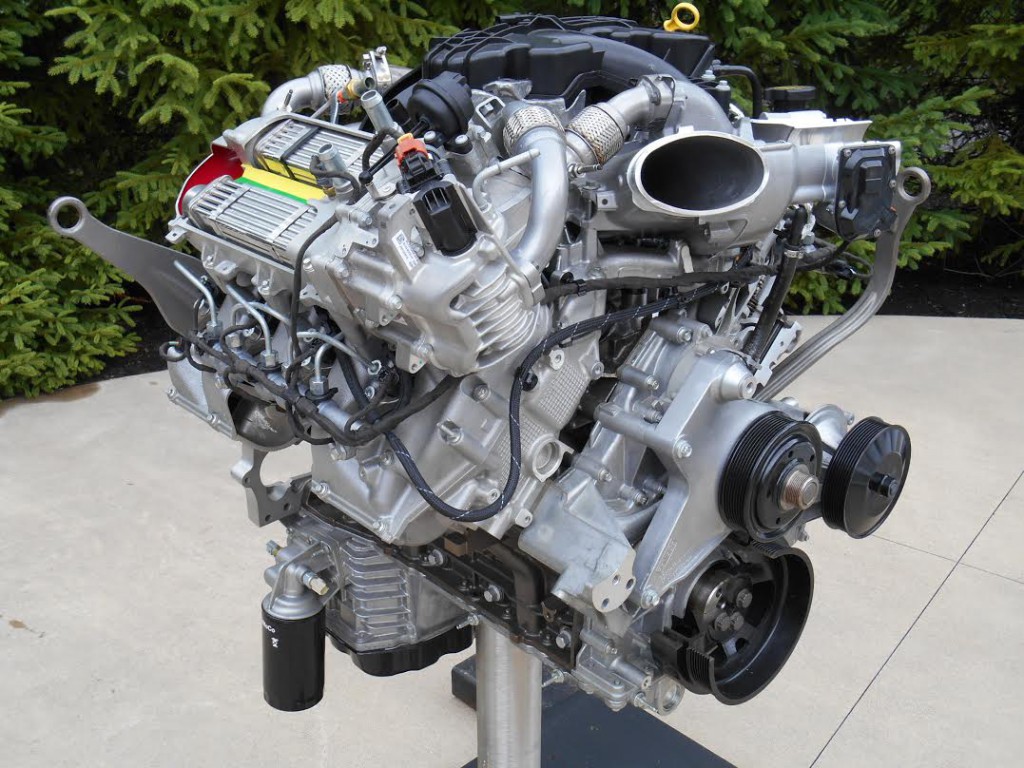 But its reign didn’t last. The following year, GM introduced its first Duramax diesel, which dethroned the Ford with a 300/520 rating.

If you’re getting the idea that this was becoming a leapfrog contest, you’re absolutely right.

Leadership in the power battle seesawed as numbers continually rose. Fast forward to 2013. Dodge (now Ram) was back on top with a 6.7-liter Cummins making 385 horsepower and a whopping 850 lb ft of torque.

But that didn’t last either. Because for 2015, Ford has announced changes to its 6.7-liter V8 Power Stroke turbodiesel – mostly in the form of a bigger turbo – that raises power from 400/800 to a class-leading 440/860, making it the year’s undisputed King of the Hill.

So here’s another way the national debt and turbodiesel power are alike: There’s just no way of telling how high the ceiling really is.