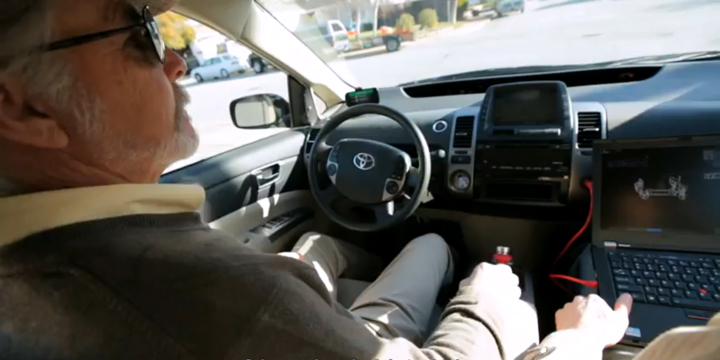 Google’s self-driving cars have been on the road for more than a year now. This week, a DMV in Nevada issued the first driver’s license for this vehicle, with the condition that there are two people in the car at all times. Using a vast array of technology—including a laser radar on the roof to detect cars, people, and other objects—the self-driving car has been remarkably effective. And it’s not as scary as it seems. The driver can take control of the car simply by pressing the brake or touching the steering wheel.

Steve Mahan, who is 95 percent blind, demonstrates Google’s self-driving car in this video, check it out:

Cars, Snowmobiles, Trikes, and Trolleys: How Google Photographs the World’s Nooks and Crannies