BMW i3: Not Just Another Electric Car 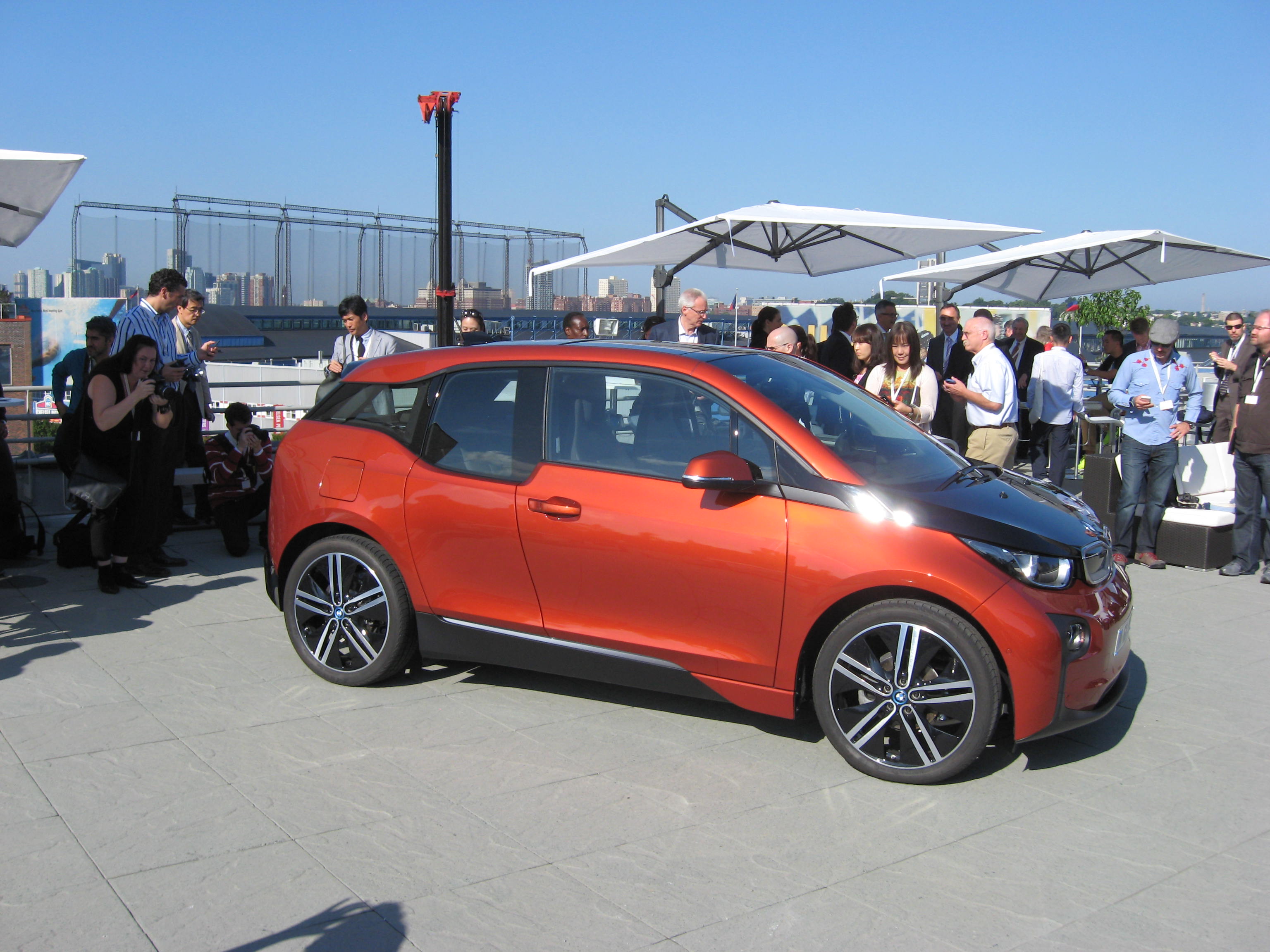 There are enough of them on the market now that electric-car introductions rarely make front-page news. But the BMW i3 is not just another electric car. Check out this BMW i3 overview:

Although it’s not BMW’s first electric car—the 1-Series-based ActiveE has been in limited production for a while, and it was preceded by the lease-only (and very limited production) Mini-E—the i3 is the first that will go into mass production and be available in all 50 states. It’s expected to go on sale in the second quarter of 2014 at a starting price of about $43,000 before tax incentives.

But that’s not really its claim to fame. It’s also the first mass-produced vehicle to sport a body made of carbon fiber, a high-tech (and quite expensive) material that weighs half as much as steel of the same strength. Carbon fiber is currently found in mass-market cars primarily in the form of decorative trim pieces. Along with an underlying aluminum chassis, the combination results in a significant weight savings over conventional steel construction.

Most electric vehicles are rather porky for their size due to the weight of their requisite battery. But at about 2700 lbs, the i3 doesn’t weigh much more than comparably sized gas-powered cars such as the Chevrolet Sonic. The lighter weight allows for a longer range and—as expected of a BMW—rather spirited performance. Supporting the latter, BMW quotes an impressive 0-60-mph time of around seven seconds. That would put it about a half-second ahead of the recently introduced Chevrolet Spark EV, the current King of Quick among low-cost electric cars. Like other electrics, the i3 uses a single-speed transmission, so it can be expected to provide the same inherent instantaneous throttle response (as there’s no wait for the transmission to have to “kick down” to a lower gear for more power) for which electrics have become known and loved. Furthermore, as with other electric cars, mounting the pancake-like battery underneath the floor lowers the center of gravity, which makes for flatter, sportier handling. As such, BMW’s reference to the i3 as “A new dimension of sheer driving enjoyment” may not be an overstatement.

Part of the’ i3’s advantage in a sprint comes from having the weight of its electric motor placed over the rear wheels it drives. Coupled with the rear weight shift that occurs under acceleration, this increases traction on the drive wheels, which allows more of the electric motor’s inherent low-end torque to be put to the ground. Most front-drive electric cars—including the aforementioned Chevy Spark—start with about a 50/50 front/rear weight distribution, and more weight shifts rearward under acceleration, effectively reducing traction for the drive wheels in front. This requires that the motor’s torque be dialed back to avoid excessive wheelspin, which would only waste time–and make more smog.

But wait …. there’s more. Not only is the i3’s range expected to be about 100 miles (upwards of 120 miles in “Eco Pro +” mode, which dampens throttle inputs for greater efficiency), but top-line models will get a gas-powered “range extender.” Essentially a small 2-cylinder engine driving a generator that helps to replenish the battery’s charge while driving, it’s expected to be able to add roughly 60 miles to the i3’s driving range. The engine and generator reside next to the electric motor in back (adding further to traction), while the 2.4-gallon fuel tank sits in front. In this way, the i3 is a bit like the Chevrolet Volt, though the Volt has a much larger, heavier engine and a much longer gas-extended range (up to about 360 miles). 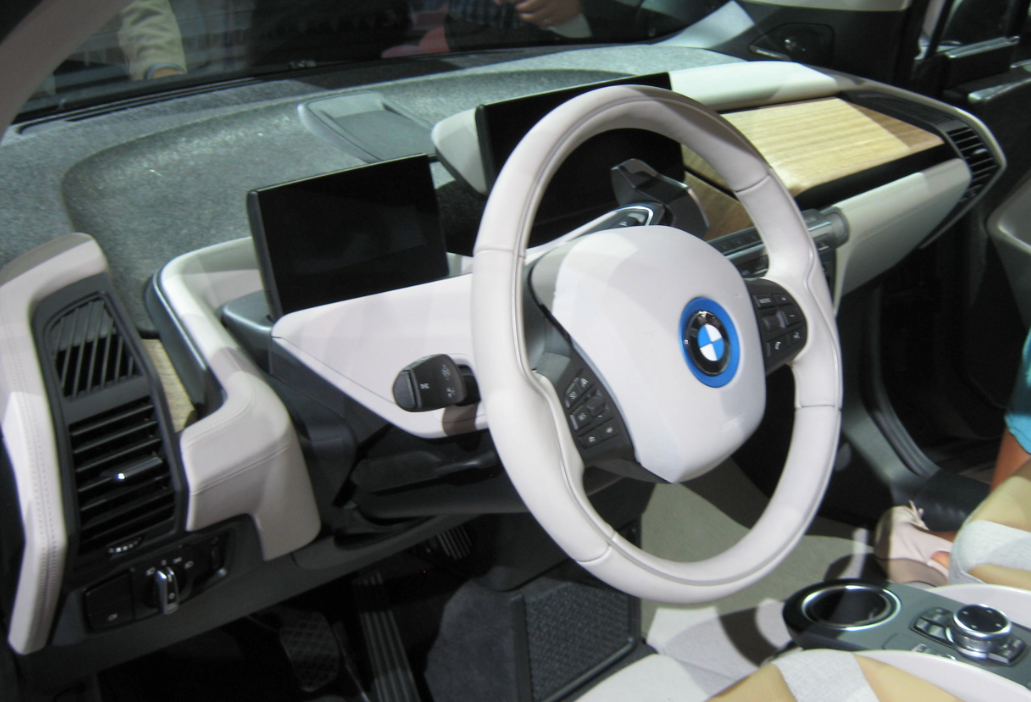 The i3 interior features high-tech interfaces and sustainable materials.

There is one more noteworthy element to the i3. BMW says it’s the first of what will become a whole sub-series of “i” model cars intended to explore new technologies aimed at reducing the automobile’s adverse environmental impact. This not only includes emissions, but also materials (for instance, the i3 interior makes use of fast-growing Eucalyptus-wood trim) and manufacturing processes.

Clearly, the BMW i3 is not just another electric car. It’s not only a look into the future, but a look into a brighter one.