Look, Ma, No Hands! Cadillac Shows Off a Car That Drives Itself 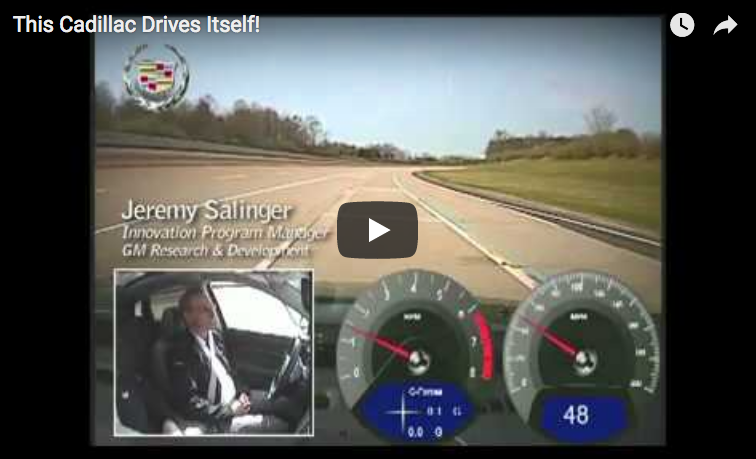 Earlier this morning, GM released a video of its “self-driving” car. In the video, Cadillac demonstrates “semi-autonomous” technology that it calls “Super Cruise.” A car equipped with this technology is capable of fully automatic steering, braking, and lane-centering in highway driving under certain optimal conditions. GM states that the system could be ready for production vehicles by the mid-2010s.

We hope that such vehicles also include a driver-fatigue-alert system, which is currently available on many Mercedes-Benz models. Otherwise, with nothing to do on long highway stretches except listening to their spouses yack, Cadillac drivers will be nodding off all over the place.

Also, get ready for a few late-night Ann Romney jokes. The aspiring first lady has been criticized not only for owning two Cadillacs but for having nothing to do. She might even get a little ribbing from Mitt!