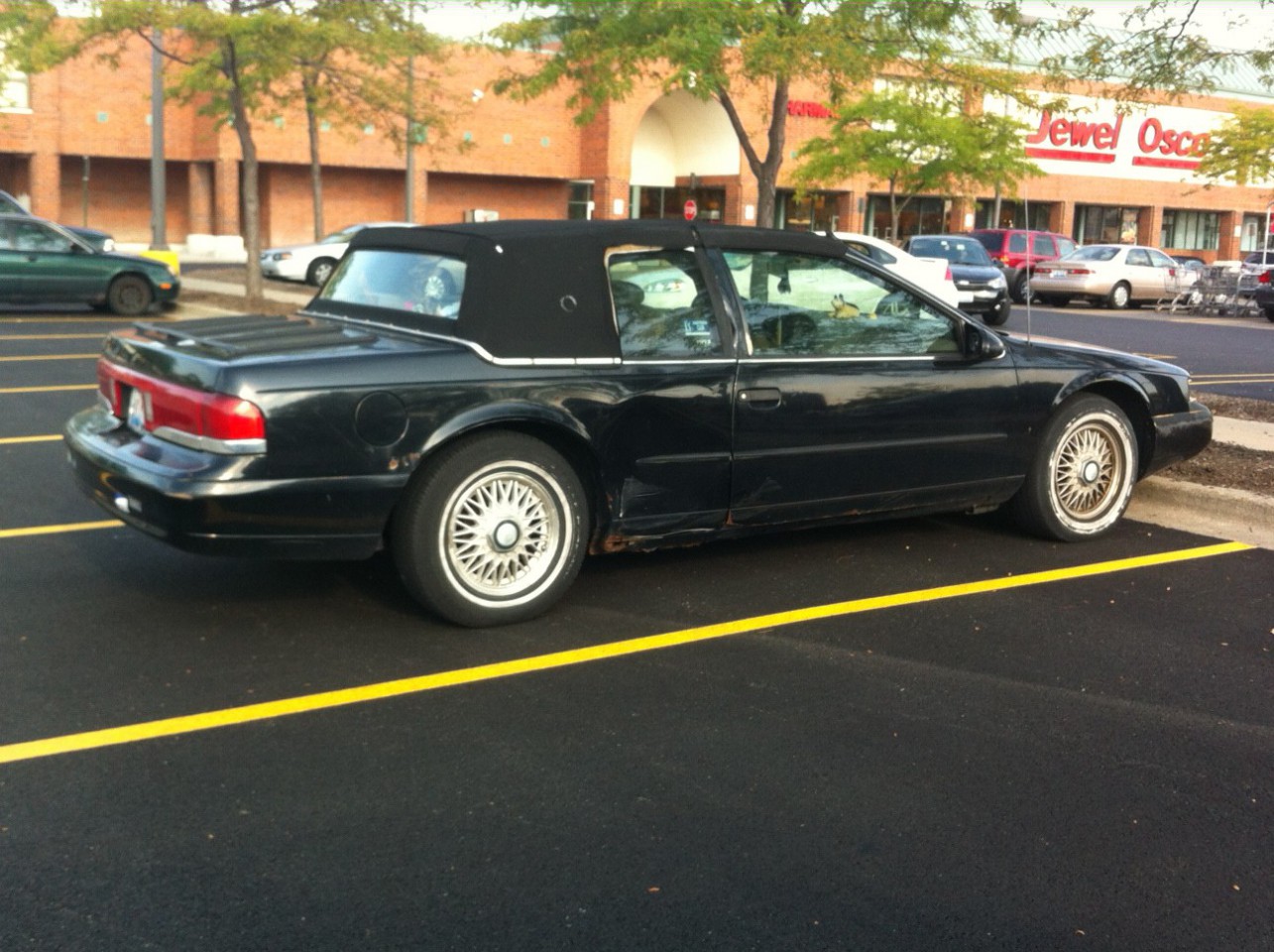 One wonders if more Cadillacs or Mercurys have been forced to suffer the indignity of a thickly padded, after-market chrome-ringed vinyl top. This Cougar looks to have lovingly received the deluxe treatment, only to be later passed along to less caring owners.

A suggestion left by a reader of the Cars of Walmart post we shared yesterday suggested that were we to revisit the same parking a few hours later, we would find an entirely different collection of interesting vehicles worth sharing. Why not?

Actually, we revisited the same Walmart exactly 24 hours later, and did, in fact, find another set of five interesting rides. We share them here.

Just for comparison sake, we perused the lot of a local grocery store, looking for similar rare finds. Indeed, they were not to be found. We can’t say what it is about Walmart and the cars its customers drive, but the store does seem to attract more than its share of automotive oddities. 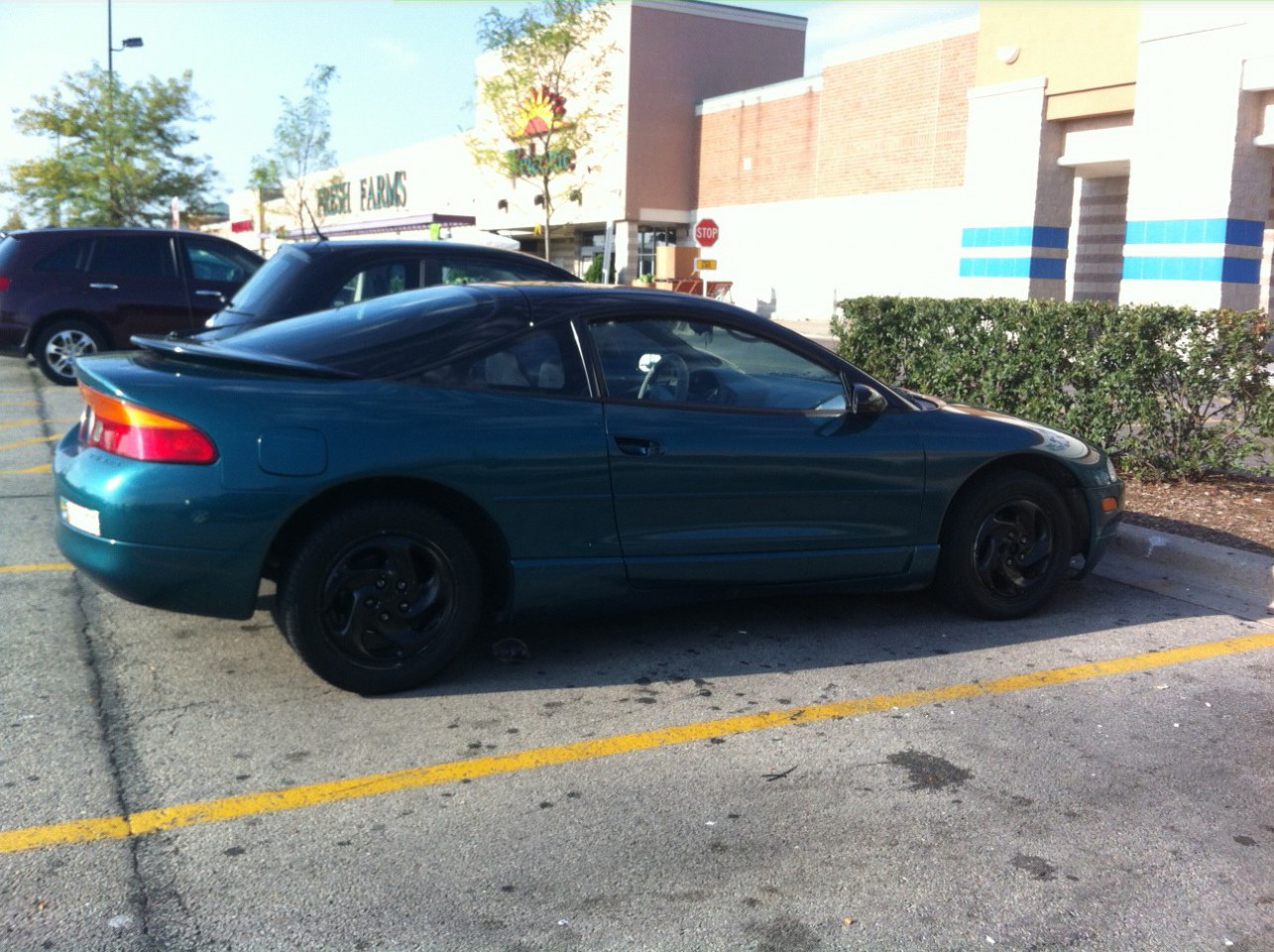 Not a vehicle you’d expect to find anywhere, much less in the parking lot of a discount store. This Eagle Talon TSi looked to be in great shape and well care for. Not visible is this car’s AWD badge. A rare bird, indeed. 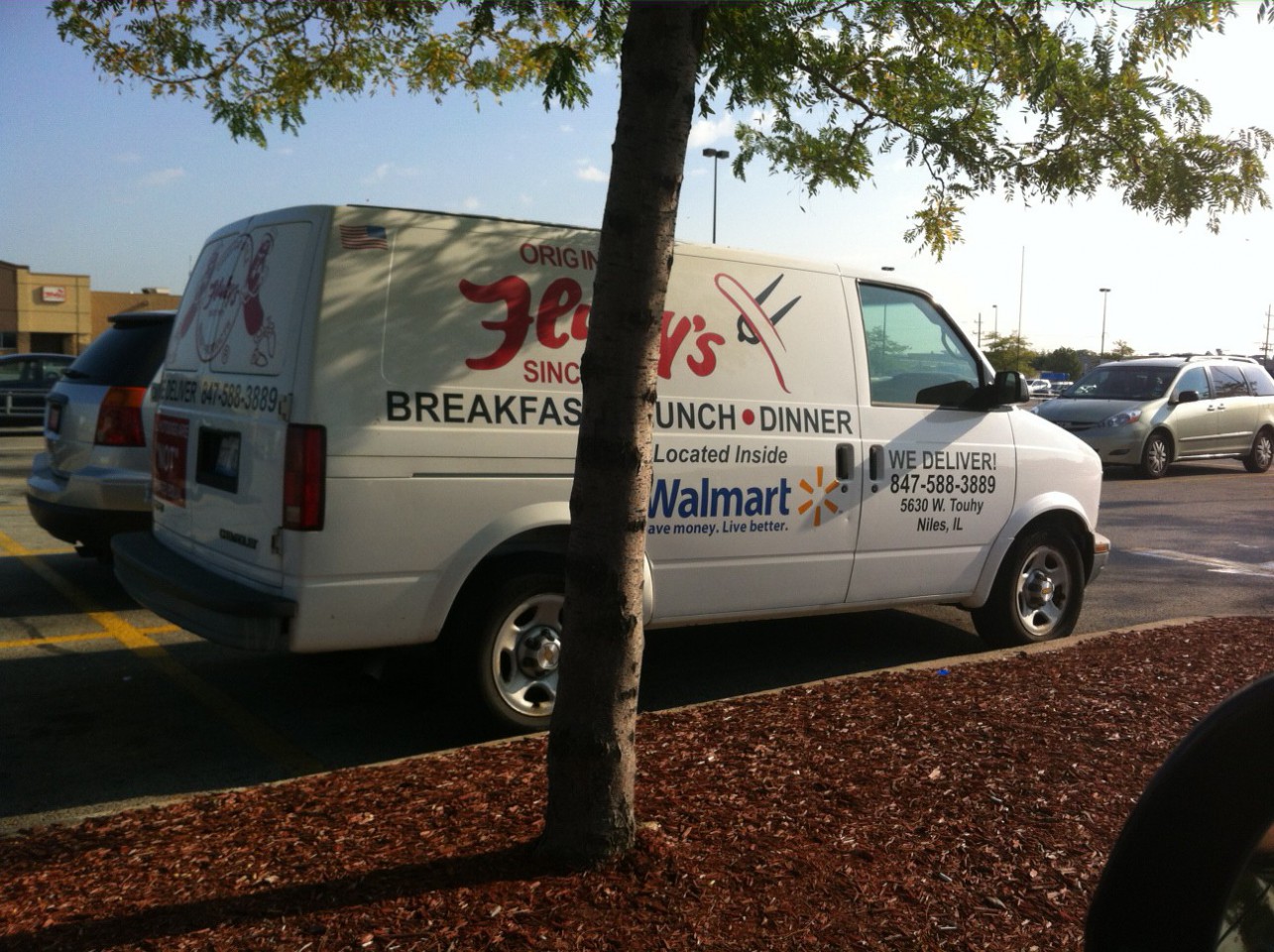 Chicago residents will recognize the Flukey’s name, but may not know that the city’s once-legendary fast-food chain is now but a single stand located inside of a Walmart. First seen in 1928, Flukey’s is often credited with introducing what is now known as the “Chicago-style” hot dog. 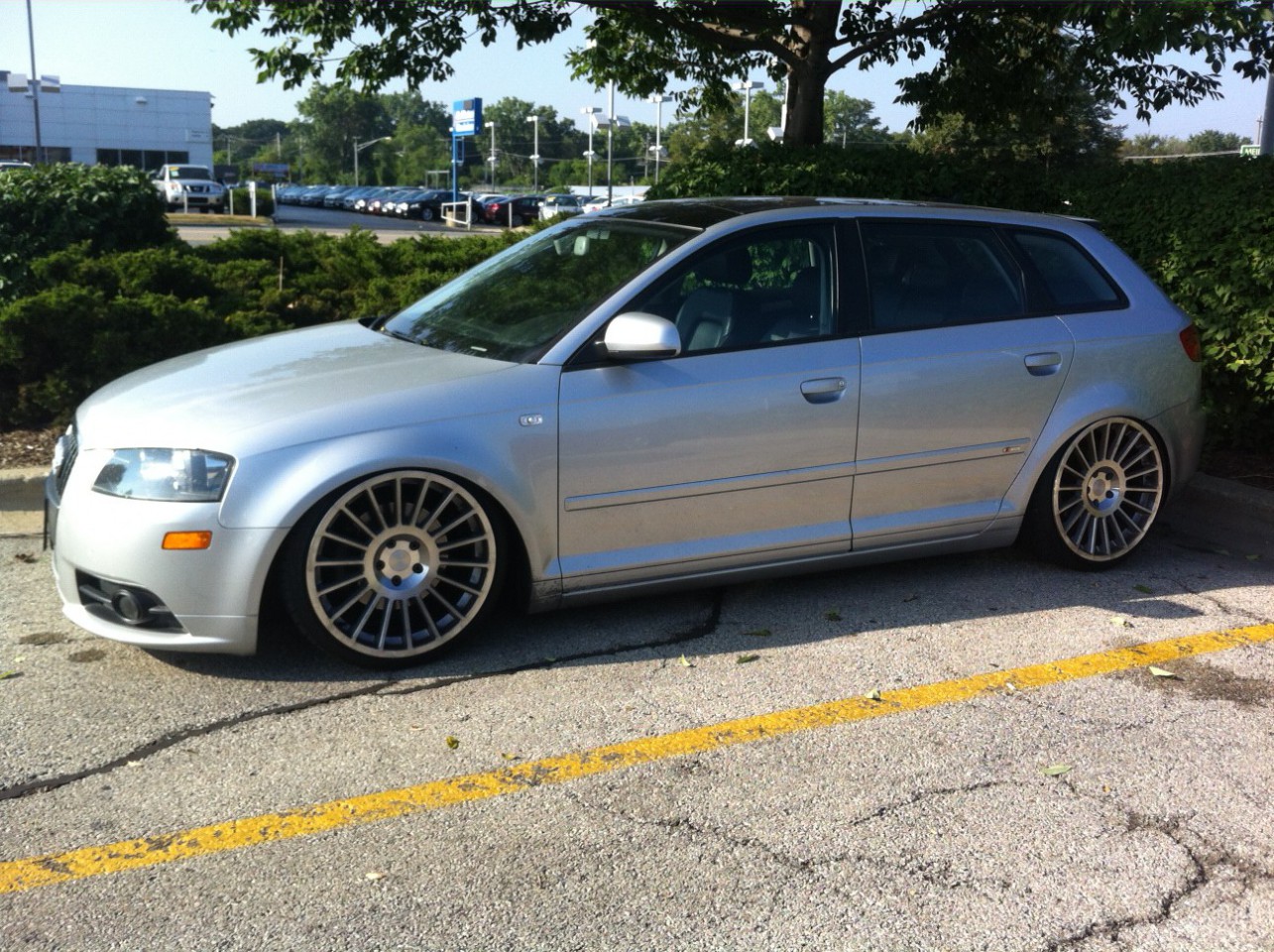 Someone is spending real cash modding this car, so it’s not surprising it was parked well away from the cluster of cars closer to the Walmart entrance. We’re big fans of the Audi A3 here at Consumer Guide, and we think these wheels are cool, too. We do worry, however about driving a car with about one inch of ground clearance on Chicago-area streets. 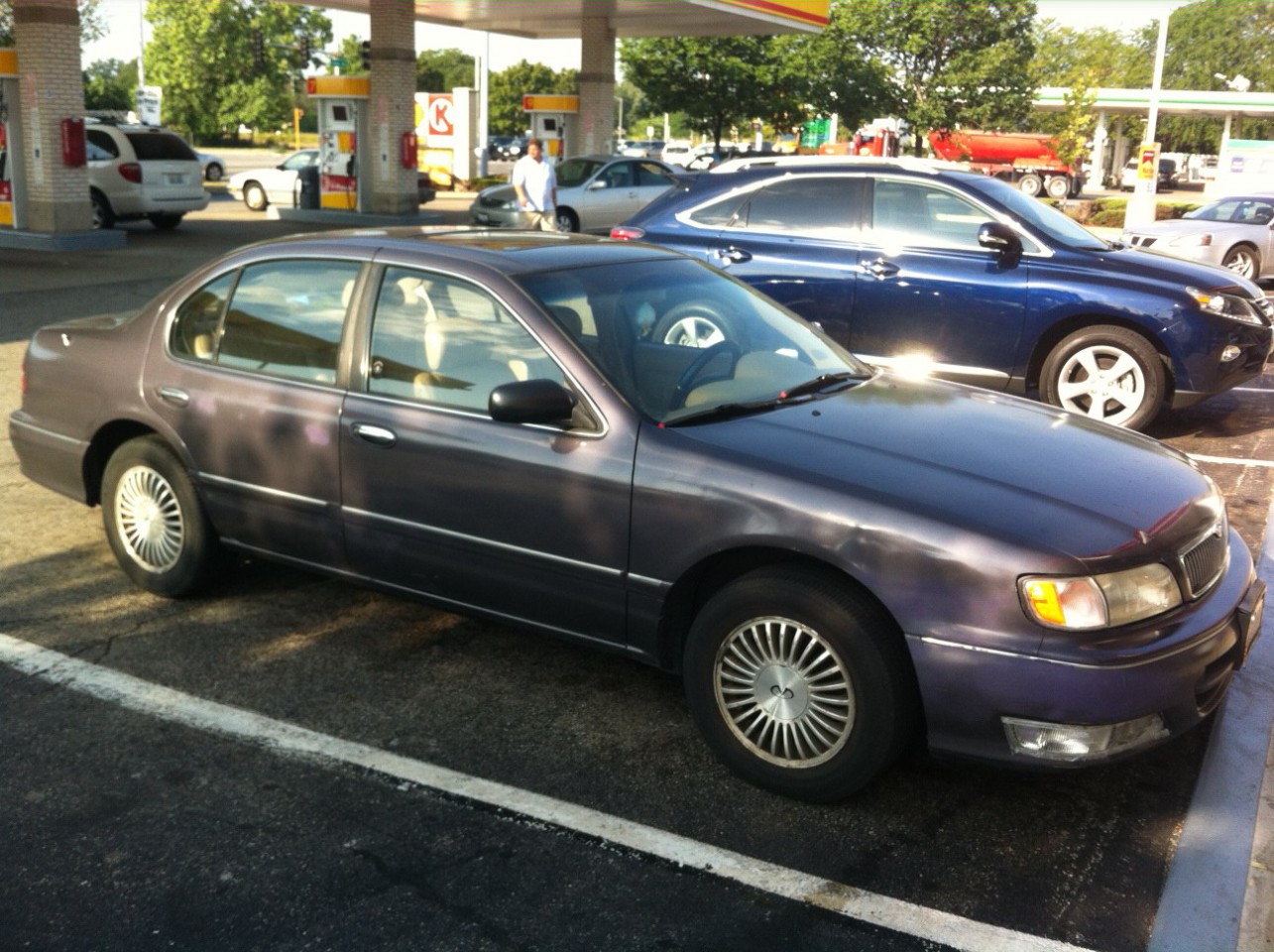 Not actually in the Walmart parking lot, this repainted luxury ride was seen at a nearby gas station. This repainted I30 forces the question, “Why aren’t more Infiniti products available in purple?