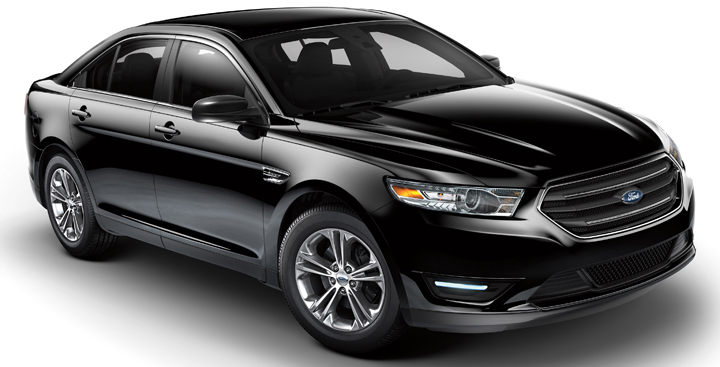 Note: This report supplements Consumer Guide Automotive’s full report on the 2013 Ford Taurus, a large car that starts at $26,600.

Acceleration: This 3.5 V6 SEL felt about as quick as my like-equipped 2010 tester. Though curb weight has gone up in the interim by at least 100 pounds, that should be more than offset by the ’13 model’s extra 25 horsepower and 5 pound-feet of torque. But it doesn’t seem to be, if memory serves on the earlier car. In any case, my colleagues are right to say that this engine has “more than adequate power and delivers good acceleration.” Car and Driver timed 0-60 mph at 7.0 seconds for a V6 SEL with optional all-wheel drive. This slightly lighter front-driver should do a tad better. I also agree that the 6-speed automatic transmission is a smooth operator, but like most modern automatics it hesitates to kick down for passing and wants to reach top gear at the earliest opportunity; mpg-biased shift programming gets the blame for both. Happily, there’s a manual mode that allows sequential gear selection via a button on the shifter knob. Some testers don’t like the button, but I don’t mind it at all. It’s certainly better than nothing.

I haven’t yet driven the new EcoBoost 4-cylinder option, but it should make an interesting comparison in more ways than one. For starters, it cuts weight by some 500 pounds versus mainstream V6 models, and although it cedes 48 horsepower to the V6, the turbo 2.0-liter makes 270 pound-feet of torque versus 254—which arrives 1000 rpm sooner. So on paper, at least, the EcoBoost should match or maybe beat the V6 for acceleration and make for slightly more-agile handling, due to less weight on the nose. I’ll let you know if/when I drive one.

Fuel Economy: We averaged a fine 26.5 mpg for 138 miles of Phoenix-area driving. Though brisk freeway work accounted for about 65 percent of that, the result is consistent with the EPA’s estimates of 19 mpg city, 29 highway, and 23 mpg combined.

Ride Quality: The tester came on all-season Michelin Primacy MXM4 tires in 225/45R19-100V size. Like the Limiteds sampled for the main report, this SEL deals well with big humps and dips, but transmits small disturbances too clearly for a large, posh family car. It’s hardly uncomfortable—just thumpier and jigglier than I expected.

Steering/handling/braking: I agree that the Taurus corners with confidence, but it’s a big, heavy car that can’t help feel a bit ponderous when asked for a quick direction change. I agree that the steering is accurate and gives a usefully tight turning circle, but it feels numb, especially on-center, and a bit heavy too. Fast stops induce a bit of nosedive, but it’s not serious, and the brakes themselves are fine.

Quietness: My colleagues are right about tire thrum. It’s the most prominent noise source in routine driving, and it’s irritating given the low levels of engine and wind noise. This is a pretty quiet car, but it’s no Lexus. The tester’s V6 sounded a wee bit gruff at higher rpm, but that’s a minor disappointment, as you won’t need to flog this car very often.

Controls: The tester lacked the full-zoot MyFordTouch system with navigation and Sony audio, thus sparing us much frustration. The standard setup provides dashboard and on-screen controls for both the audio and climate systems, which is appreciated. But Ford needs to rethink its touchscreen interfaces, which look like they were designed by one of the Windows 7 artists. The lettering is on the small side, and the touch-points for major functions are squeezed into the corners of the screen, which is not good for larger fingers. At least the virtual buttons were more responsive on this ’13 than on my earlier Taurus. Not so with the recalcitrant steering-wheel switch pads for trip data and instrument displays—odd, as the previous test car didn’t have this problem.

Details: My colleagues are right on here. A somewhat cynical friend looked inside my test SEL and pronounced it “a very nice rental car.”

Room/comfort (front): As the main report says, Taurus offers comfy seats and adult-size room, apart from the somewhat over-wide console. I also agree that the driving position can be tailored to suit most anyone, at least with available power seats, but this 6-footer needed to raise the seat a little to avoid feeling “buried,” a function of the high window line. That roof styling also compromises visibility dead-astern, not just over-the-shoulder. Entry/exit couldn’t be easier.

Room/comfort (rear): My colleagues have it right here, too. However, I’ll note that entry/exit is also complicated by narrow sill-level door cuts that require occupants to thread their feet carefully beneath a front seat, especially if that’s set well back.

Cargo Room: Yes, the trunk is big and easy to load in the best tradition of large American cars. But am I the only one who thinks that three covered console cupholders is one too many?

CP Says . . . I was disappointed that the tester seemed so much like my 2010 model despite the many changes for 2013. And somehow, Taurus still strikes me as bit generic and geriatric despite its blatantly butch styling. Even the high-power SHO version is short on personality, and in some ways the underskin design is showing its age—no surprise, as it dates from the 2005 Ford Five Hundred, itself based on a Volvo platform (from when Ford owned the Swedish brand) that had already been around a few years. I can’t help thinking how much more enjoyable the Taurus would be if it were a half-ton lighter.

On the other hand, the everyday 3.5 V6 offers ample power and, with restrained driving, fine mpg potential. Taurus is also pleasingly quiet and mostly smooth-riding. It is spacious enough for most needs, is well finished inside, and feels reassuringly solid on the road. It’s strong on features-per-dollar, too.

All that said, shoppers would do well to check the large-car competition, especially the latest, vastly improved Chrysler 300 and Dodge Charger and, when it reaches dealers, the promising 2014 Chevy Impala.