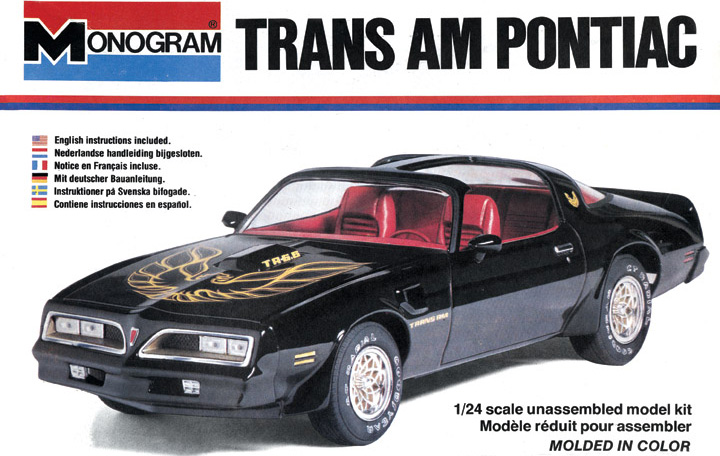 I grew up in the 1970s, so my earliest memories of “cool” cars are clouded by the realities of the day. Yes, I fondly recall the Road Runners, AMXs, and Z/28s of my youth. But remember, these were the 1977 versions of those legendary nameplates that were largely reduced to wearing tape stripes and white-letter tires.

One car from that era stood out from the others, though, even to an eight-year-old. That car is the Pontiac Firebird Trans Am—specifically, the 1977 & 1978 black-and-gold “Special Edition” Trans Am that was immortalized in the motion picture Smokey and the Bandit. 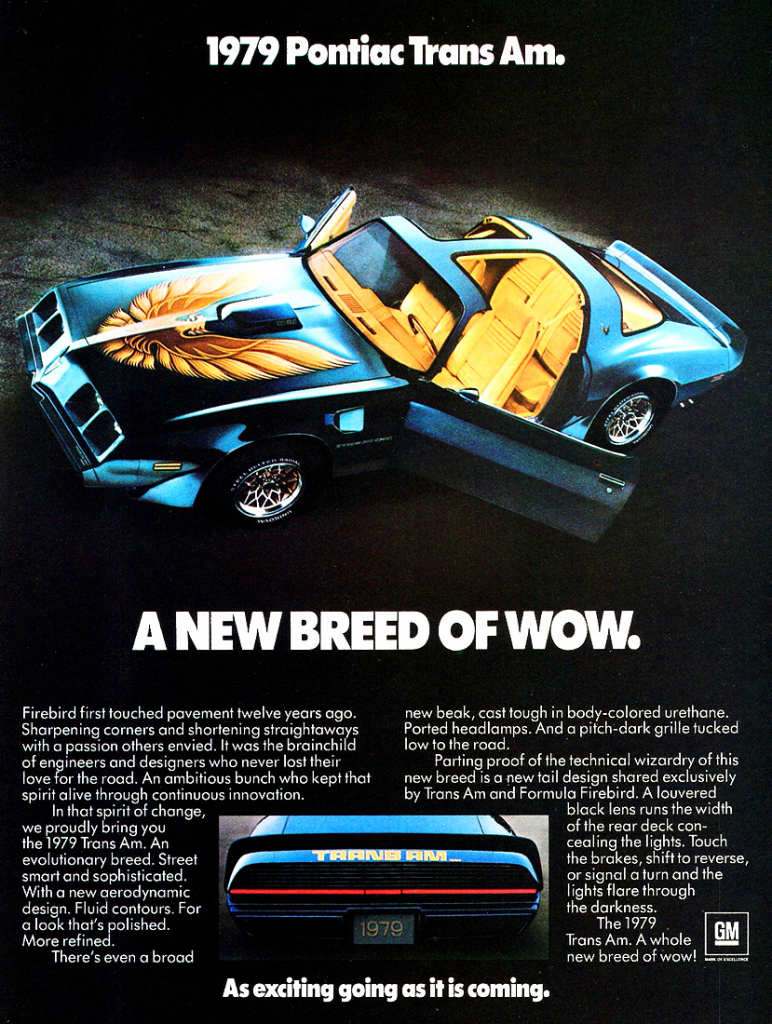 Of course, having just recently broken free of training wheels, I didn’t see that movie until it aired on TV. Only much later did I learn that most of Jackie Gleason’s best lines had been edited out. My Trans Am memories were shaped more by the Hot Wheels “Hot Bird” and these two model kits from MPC and Monogram. If you built model cars at the time, you probably had one or the other of them. I had both.

MPC’s was released first. The company’s “regular” ’77 Trans Am kit was a standard model with a solid roof. The 1/25-scale “Blackbird” (kit 1-0777, copyright 1976) added open t-tops, gold-colored chrome parts, and gold decals to transform it into the Special Edition. The first kits were molded in white, but MPC soon switched to black plastic. The kit included a little CB radio and an antenna to mount on the trunk lid. This assumes you were able to remove the delicate antenna from the parts tree without breaking it. Guess how I know this.

The Blackbird remained in production for several years, and the kit’s pieces evolved over time. I have white- and black-plastic versions with “1977” engraved on the rear license plate, and a black one with a “1978” plate. These all have the smaller “Hurst-style” t-tops with the wide center roof bar.

MPC’s kit was also made with an undated rear license plate and the bigger Fisher-body style t-top openings. The first kit I had as a kid was like this. The catch was that the t-top panels were molded as part of the roof, which meant they had to be carefully cut out by the builder following scored lines on the inside of the body. Or in my case, cut out by the builder’s mom.

The Blackbird sold well enough that at some point MPC made a second mold; the original had been modified to create 1979-style Trans Am kits. The new model reverted to the smaller t-top openings and separate panels. These kits lost the gold plating, so standard silvery chrome parts were supplied instead. This is the basic kit that’s been reissued by MPC and corporate cousin AMT many times. In 2005, it resurfaced in an original-style MPC box as part of a nostalgia-themed kit series.

Monogram’s 1/24-scale 1978 Trans Am (kit 2247, copyright 1979) was molded in black. Removable Fisher-style t-tops were part of the deal, but Monogram molded them in clear plastic rather than the colored plastic used by MPC. The decal sheet included extra markings for builders who preferred the gold-painted “Special Edition” Trans Am that appeared during the 1978 model year.

This model’s “snowflake” wheels are the wider style used on Trans Ams with the WS6 option. Monogram included a CB radio and antenna too, and also added a little “Snooper” radar detector to glue on top of the dash. How cool is that? This basic kit is still available, but now it is sold under the Revell brand.

If you want to build your own “Bandit” Trans Am, the current Revell offering is fine. And as a bonus, the old Monogram kit builds up easier than MPC’s model. If you want a vintage kit, the late-’70s originals shouldn’t be too difficult to track down online or at a local model-car show. Either way, you can always pop Smokey and the Bandit into the DVD player for some inspiration while you’re working on it. 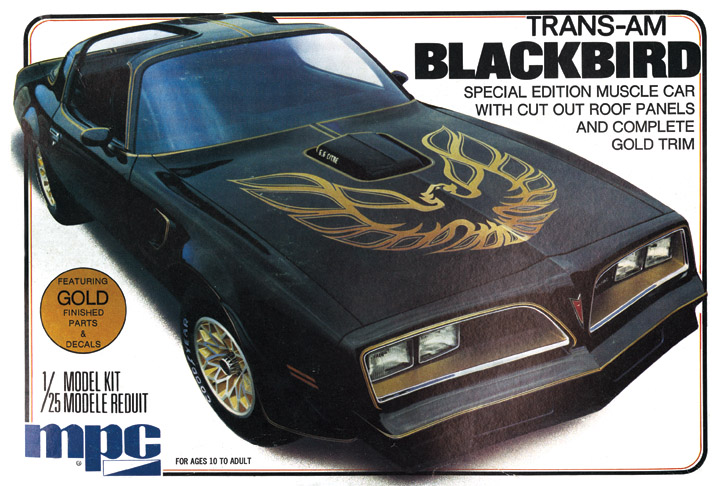