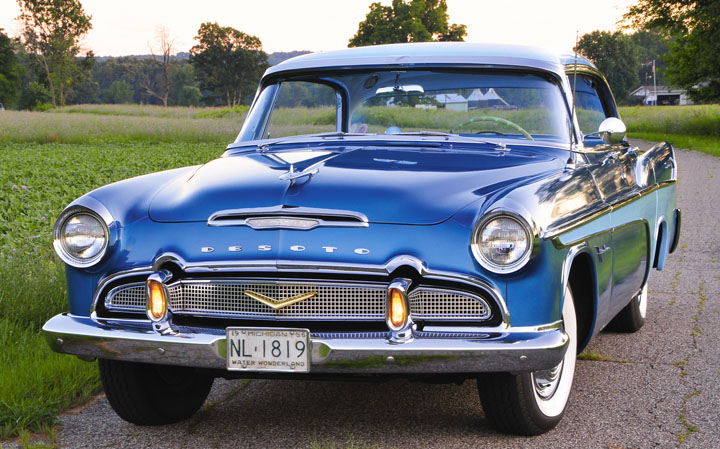 Note: The following story was excerpted from the December 2012 edition of Collectible Automobile magazine.

Chrysler products of the early Fifties were finely engineered, but unfortunately the cars looked like they had been styled by engineers, too. The visual part of the equation—likely the most important piece on the showroom floor—was addressed for 1955. The corporation’s cars evolved from frumpy to Fifties fabulous thanks to Director of Styling Virgil Exner’s “Forward Look.”

DeSoto benefited as much as any of the five brands from this process. Though its overall size hadn’t changed much from 1954, appearance was dramatically different and the cars looked longer, lower, and wider. The design extended to careful selection of interior and exterior colors as well.

This was the era of the expected annual styling change, and for ’56, DeSoto didn’t disappoint. Up front, the marque’s traditional toothy grille was replaced with a mesh unit suspended from vertical towers that looked much like bumper guards but actually housed the turn signals.

The big news was out back. As he did to all of Chrysler’s 1956 offerings, Exner added tailfins. The fins began near the rear window and gracefully rose in a straight line as they extended to the end of the fender. Viewed from the rear, the peaked fin formed the top of a forward-leaning bright-metal panel that housed three vertically stacked circular taillamp lenses. DeSoto marketers called this arrangement the “Control Tower.” Meanwhile, a new rear bumper blended smoothly with the reworked fenders.

The fins transformed the DeSoto’s rear end, adding a sense of drama; the original rear fender and taillamp treatment had been somewhat generic in comparison. The color-sweep areas on the bodysides were revised at the rear as well, with the upper molding helping to define the lower edge of the fin.

The DeSoto lineup expanded for ’56 thanks to the addition of a 4-door hardtop body style that was available in both DeSoto series. There were two Firedome 4-door hardtops, the $2,833 Seville and a better-trimmed Sportsman that listed for $120 more. Each packed a 230-bhp version of DeSoto’s 330-cid “hemi-head” V8.

In the top-of-the-line Fireflite series, the new 4-door hardtop was sold only as a Sportsman. It priced from $3,431. Its version of the 330 V8 had a four-barrel carburetor and made 255 horsepower.

Of the three new 4-door hardtops, the lowest-priced Firedome Seville proved most popular, with deliveries totaling 4,030. The Fireflite Sportsman rang up 3,350 sales, and the Firedome Sportsman another 1,645.

Our featured car is a 1956 Firedome Seville 4-door hardtop owned by Bob Justice of Kalamazoo, Michigan. Justice bought it in November 1999, after seeing a classified advertisement in his local newspaper. At the time, the car had only 30,000 original miles. In the years since, he has had the body repainted, but otherwise the Seville is in largely original condition. It hasn’t been too coddled, however, having been driven to shows in Michigan, Ohio, Indiana, and Illinois. 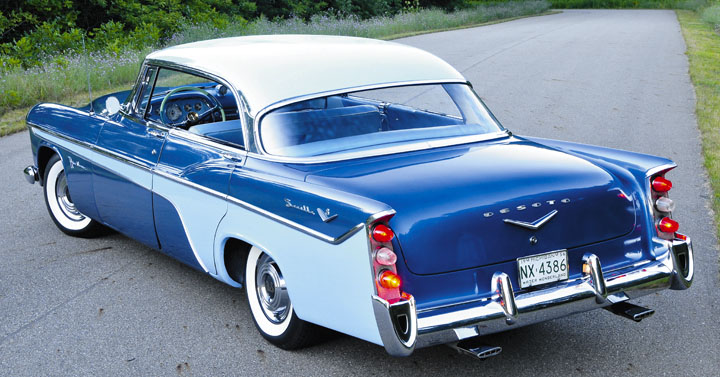 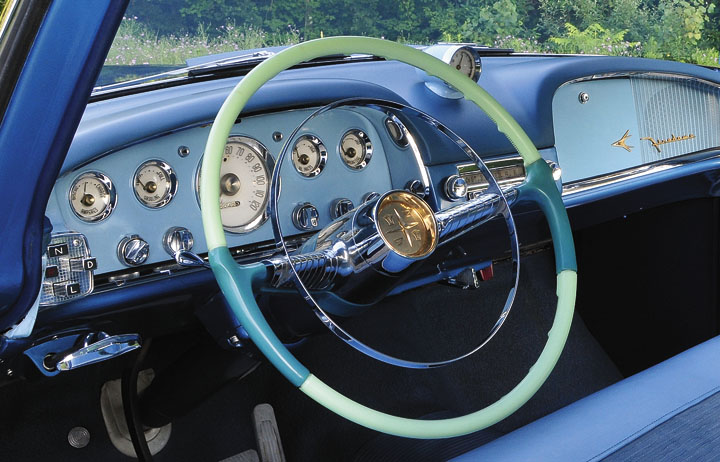 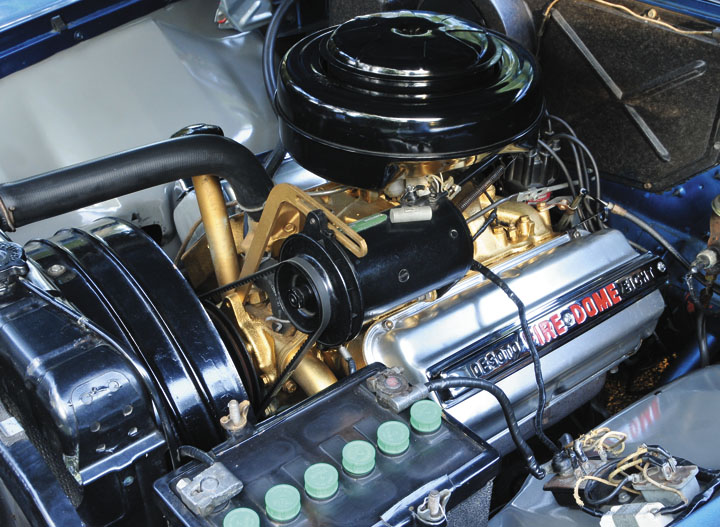