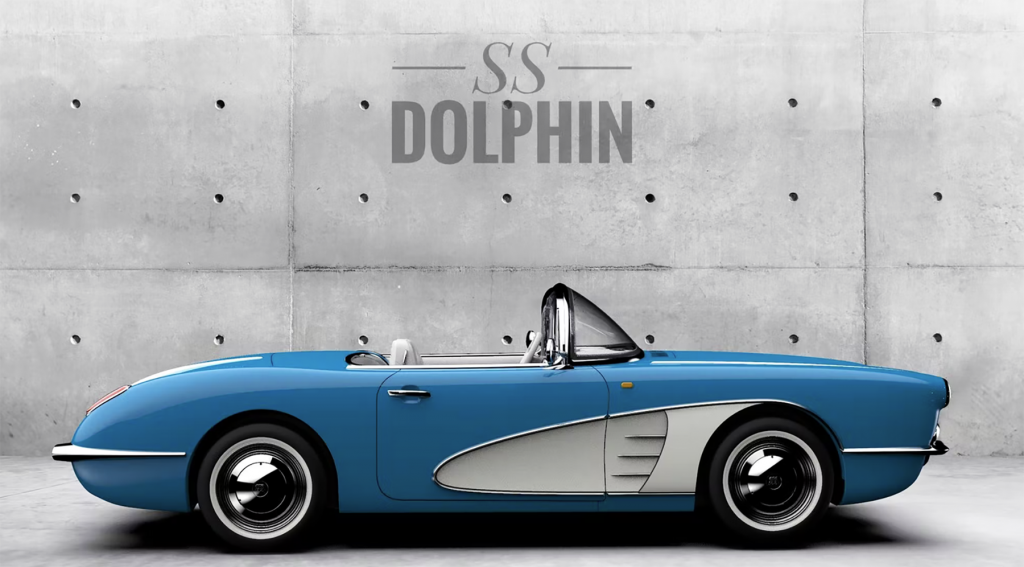 A pair of hard-working Las Vegas showgirls are friends, co-workers, and roommates, and each has custody of a much younger sibling. That’s the premise of a short-lived Garry Marshall-produced TV show called “Who’s Watching the Kids.” And in predictable sitcom fashion, often no one is watching the kids—and hilarity ensues.

The Chinese government is a bit like those harried showgirls, a little too busy orchestrating the manufacturing of most of the planet’s goods to closely monitor the operations of certain businesses and industries within its borders—particularly its automotive sector. And, like Garry Marshall’s show, hilarity often ensues. Hilarity, that is, in the form of copyright and intellectual-property theft.

To our eyes, the Chinese-built Shuanghuan Noble (left) and Landwind X7 look far too much like the Smart ForTwo and Range Rover Evoque, respectively.

Over the past two decades, Chinese-built vehicles looking very similar to the products of Mini, Hummer, Range Rover, Mercedes-Benz, BMW, and Rolls-Royce have been produced. And, because these vehicles were produced only for Chinese distribution, there was very little the makers of the original vehicles could do about the copycat cars. The problem is, even when it recognizes these designs as largely stolen, the Chinese government isn’t especially interested in getting involved in any foreign action against a domestic company.

The good news for the ripped-off automakers is that they would likely have legal recourse were these “clones” retailed outside of China—especially in North America or the European Union. However, for the most part, the look-a-like rides are kept in China proper. At least the problem is contained.

Of all the stolen-design cars produced in China, there is one that might outclass all the others in terms of sheer audacity: the Songsan Motors SS Dolphin. 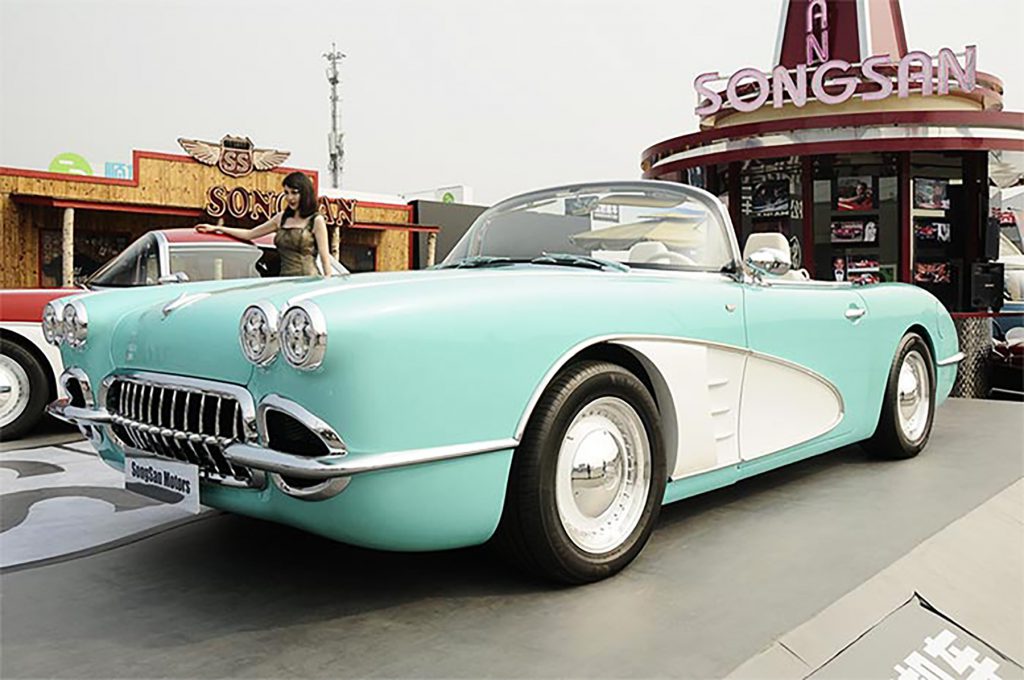 Unlike all the other Chinese clones, which often feature unique grille elements or tweaked bumper treatments, the SS Dolphin is openly and brazenly a copy of a rather unlikely original: the 1958 Chevrolet Corvette. 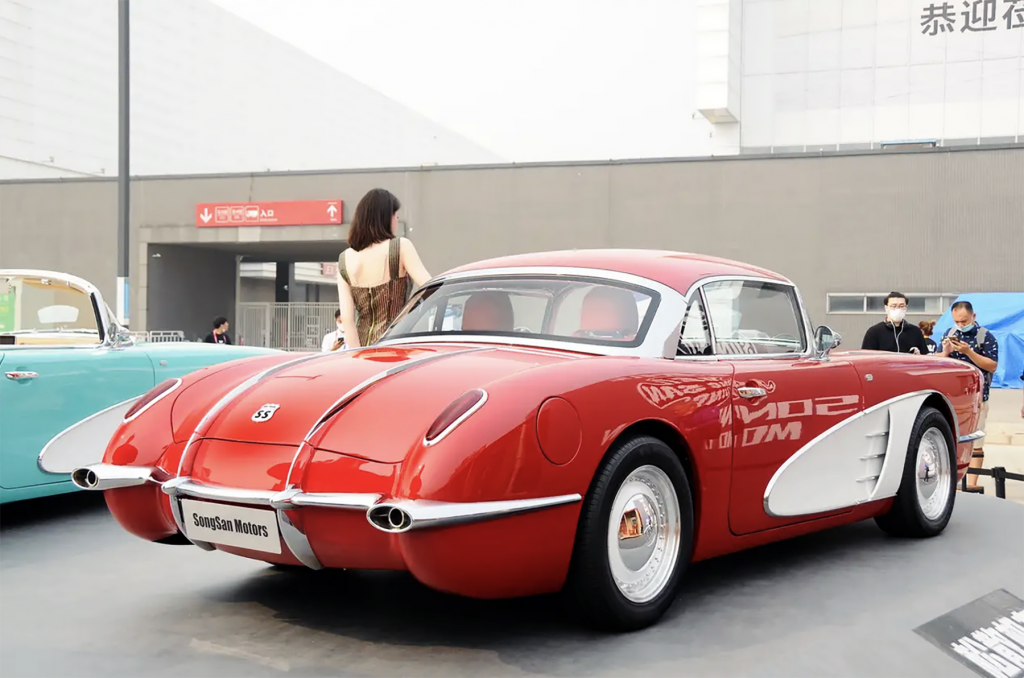 Actually, to these eyes the car looks like a Corvette butter sculpture after 20 seconds in the microwave, but the shape, trim, and even two-tone treatment all scream, “’Vette!” 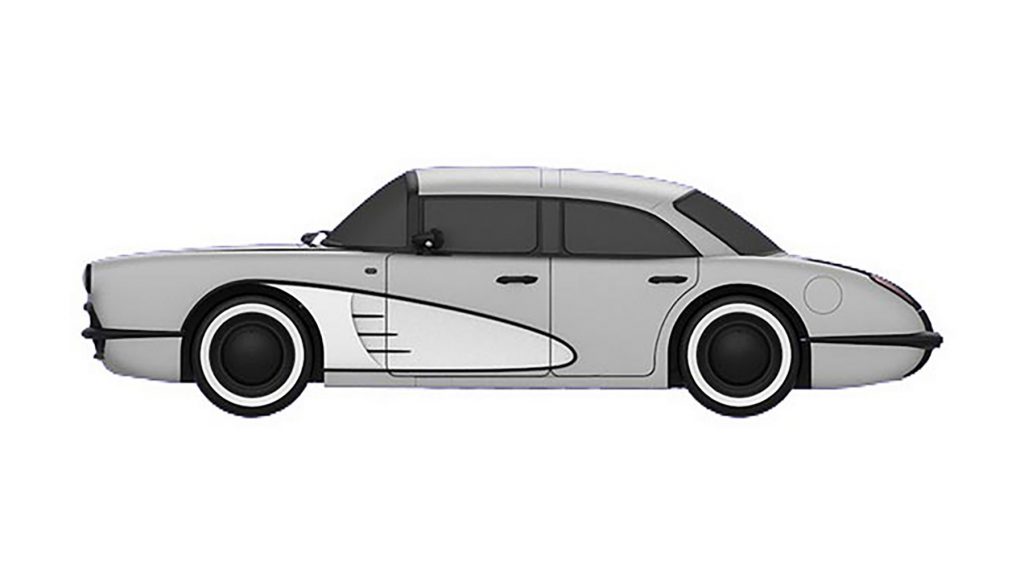 Introduced at the 2020 Beijing Auto Show, the SS Dolphin may look like a Corvette, but is in many ways antithetical to the Corvette experience. Instead of a pushrod V8 powertrain, the Dolphin is a plug-in hybrid featuring a 1.5-liter 4-cylinder engine. The 315-horsepower Dolphin is said to reach 60 mph from a stop in about six seconds. Quick, but not Corvette fast. And then there’s the price. The Dolphin starts around $160,000, roughly twice the cost of a well-equipped 2022 Corvette–certainly not the value the real Chevy sports car is.

As for an official General Motors response to the SS Dolphin, Kevin Kelly, Chevrolet’s senior manager of car and crossover communications, noted, “Songsan isn’t using any of our trademarked names or logos, and the design is not identical to the C1 [first-generation Corvette].” In short, General Motors has more important things to worry about right now.

No word on how well the SS Dolphin is selling, but Songsan Motors has filed a patent (how ironic) for a 4-door version of the Dolphin. A drawing claimed to be the part of the patent application has be been working its way around the Internet. How does the 4-door SS Dolphin look? Let’s just say that hilarity ensued. 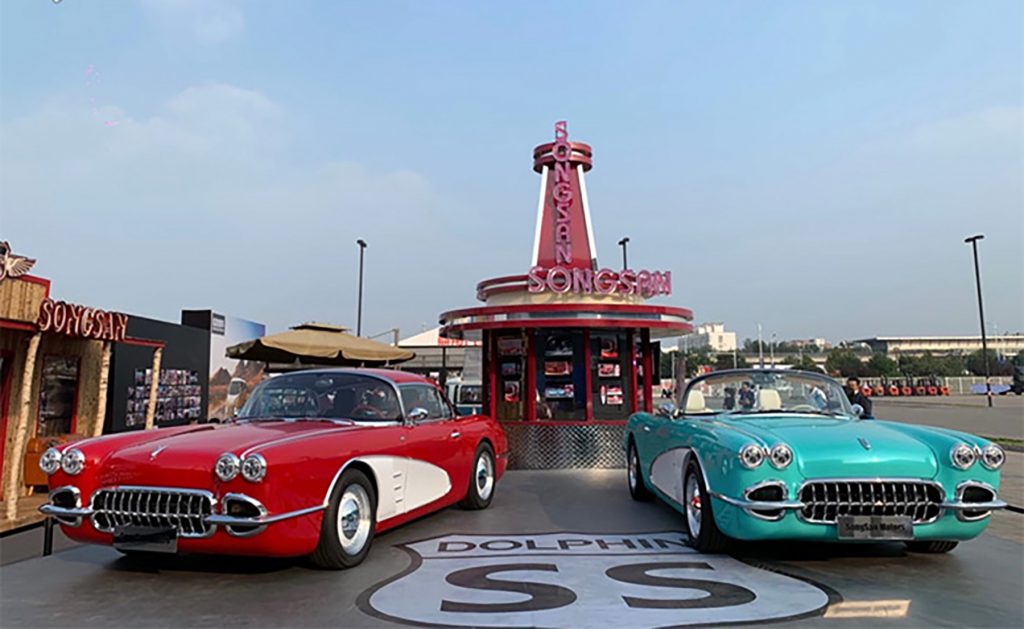 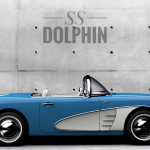 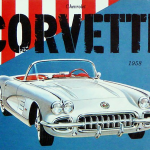 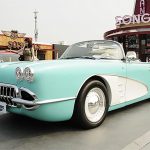 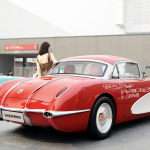 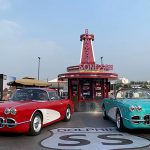 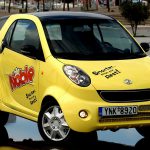 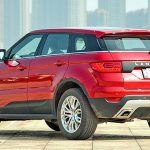 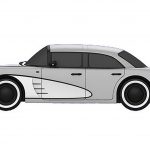