Is the Saab 9-2X a Crossed-Up Crossover?

While Mr. Vonnegut was unlikely to have been thinking about crossovers when he penned that line from Mother Earth, the fundamental sentiment still holds: Pretend to be what we are not, and we may be judged by that fiction. If that’s not exactly what he meant, just bear with me. The only other good quote regarding pretending I could find was from Taylor Swift, and I can’t abide that.

And speaking of pretending, I have compiled here a list of five vehicles that were erroneously peddled to the American driving public as crossovers, but in truth fell far short of that promise. In one case, even calling the vehicle a wagon feels like a stretch.

But, you ask, why bother? What magic does the word crossover hold? I will answer your question with a story.

In 2006 or 2007, I cannot recall exactly, Cadillac began calling its then slow-selling SRX the “SRX crossover” in ads. The ads were otherwise much like the ones already running; they just now included the word crossover. According to a Cadillac representative whom I chatted with regarding the ads, sales immediately shot up 10 percent following marketing inclusion of that magical, inference-packed word.

Now, you can argue, 10 percent of bupkis is bupkis, but for Cadillac, any sales bump was good news.

I am prepared to argue that crossover is a fantastic thing to call a vehicle. I believe that most shoppers understand the “cross” between a car and an SUV, or a car and a truck, and appreciate that melding of attributes as overwhelmingly positive.

Hauls stuff like a truck; gets car-like fuel economy. Seats seven people; rides like a car. Handles deep snow; is easy to get in and out of. What’s not to love?

But, car shoppers aren’t stupid. Well, the ones that don’t pay $500 for rustproofing and fabric guard aren’t. And most shoppers can see through a thinly argued ruse. Thus, calling a vehicle without some legitimate cred a crossover will get a carmaker nothing but heartbreak . . . and, in the cases listed here, short production runs.

So, here they are: the crossovers that weren’t. They pretended to be, and were judged to be pretenders. Crossed-Up Crossovers.

2002-2007 Buick Rendezvous
Compared to the other vehicles on this list, the Rendezvous was a sales god, but compared to the likes of the Honda Pilot or Toyota Highlander, this faux crossover was but a retail rounding error. It has been argued that this lumpy Buick was ugly, but that argument usually loses steam when folks realize that the Rendezvous was mechanically identical to, and built alongside, the notably homelier Pontiac Aztek. Not crossovers at all, the Rendezvous and Aztek were actually shortened General Motors minivans minus the sliding side doors. Rendezvous did enjoy available all-wheel drive (until 2006), but its awkward upright stance, mediocre base drivetrain, and surprisingly high asking price kept shoppers at arm’s length.

2005-2007 Ford Freestyle
If you know the difference between a Freestar and a Freestyle, Ford owes you a Werther’s for paying attention. Score yourself one more point if you actually care. Because with anonymous badging came anonymous styling—and a healthy dose of underwhelming performance to boot. A pity, as the short-lived Freestyle made for one heck of a good wagon. It was roomy, rode well, was reasonably fuel efficient, and was priced right. But shoppers saw it for what it was, a station wagon based on the equally unassuming Five Hundred sedan. Sadly, the Freestyle’s shortcomings went beyond styling. All-wheel-drive examples came only with a continuously variable transmission (CVT). Though acceleration was decent, the somewhat undersized 3.0-liter V6 that was Freestyle’s only engine was constantly working at revs outside its comfort zone, and the result was an awful lot of noise in exchange for only modest motion. A bigger engine was in store for the Taurus X, a more convincingly crossover-like wagon that followed on the Freestyle’s heels. 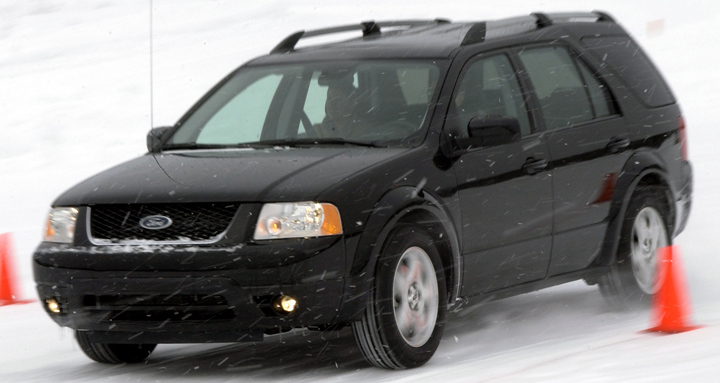 2007-2010 Kia Rondo
With an available 3rd-row seat and a usefully higher roof, the Rondo was more than just a Kia Optima wagon. Unfortunately, with only marginal power and without available all-wheel drive, Rondo was something less than a crossover. We at Consumer Guide loved the Rondo, honoring it with Best Buy status in 2008 and 2009. Customers, however, didn’t get it, and stayed away in droves. No doubt that the Rondo’s odd styling complicated matters, but we suspect that the hippie-trippy “Let the Sunshine In” launch campaign did its part to confuse shoppers as well. 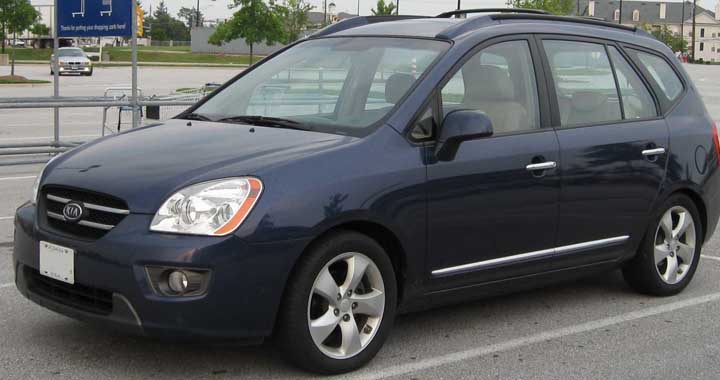 2005-2006 Saab 9-2X
Bearing the X suffix, Saab suggested to shoppers that the 9-2X was, in some way, an SUV or crossover, not unlike its contemporary, the 9-7X. The 9-7X, however, was based mechanically on the Chevrolet Trailblazer, and was thus an actual SUV, unlike the 9-2X, which was based on a compact Subaru wagon. Now, to be fair, the 9-2X was a pretty likeable vehicle, especially in turbocharged form. And, strangely enough, it made for a pretty convincingly Saab-looking vehicle. But, it wasn’t by any stretch of the imagination a crossover, nor was it really much of a Saab under the skin—and Saab loyalists knew it. With a non-turbocharged base engine, the ignition switch on the steering column (instead of the Saab-preferred center-console location), and a rather bleak-looking cabin, the 9-2X found few buyers.

2005-2008 Suzuki Reno
To be fair, not even Suzuki really bought into the Reno as a crossover, but the earliest press releases heralding the car’s arrival called this squatty compact just that. Actually just an extension of Suzuki’s Forenza lineup of sedans and wagons, the Reno was singled out to appeal to crossover shoppers largely because Suzuki had little else to sell. Compared to the Forenza wagon, the Reno stood two inches shorter roof to floor and almost a foot shorter front to rear. Shoppers prone to squinting when the cash rebate was high enough might have seen the silhouette of a crossover, but most passed on this unassuming little car. Interestingly, in 2009, Suzuki began referring to the hatchback version of its perky subcompact SX4 as a crossover. And, with a bit more ground clearance and excellent standard all-wheel drive, we didn’t find reason to quibble with the designation.