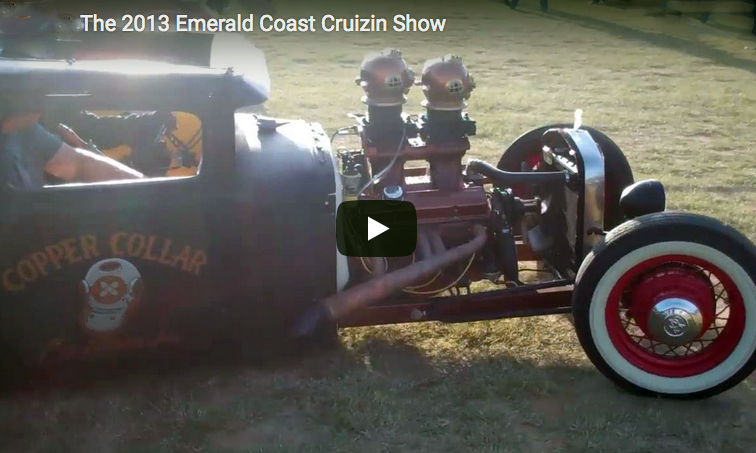 The Emerald Coast Cruzin’ show may have wrapped up for 2013, but Chicago radio legends Steve and Johnnie have captured the best cars and trucks of the event.

Highlights of the 10th anniversary of the Emerald Coast event include a General Lee, a fabulous survivor Edsel, a dozen or so great hot rods, and the coolest school bus we’ve seen in a while.

Be sure to check out the Steve and Johnnie Both Sides Now blog.

Check out all of the Steve and Johnnie video road tests