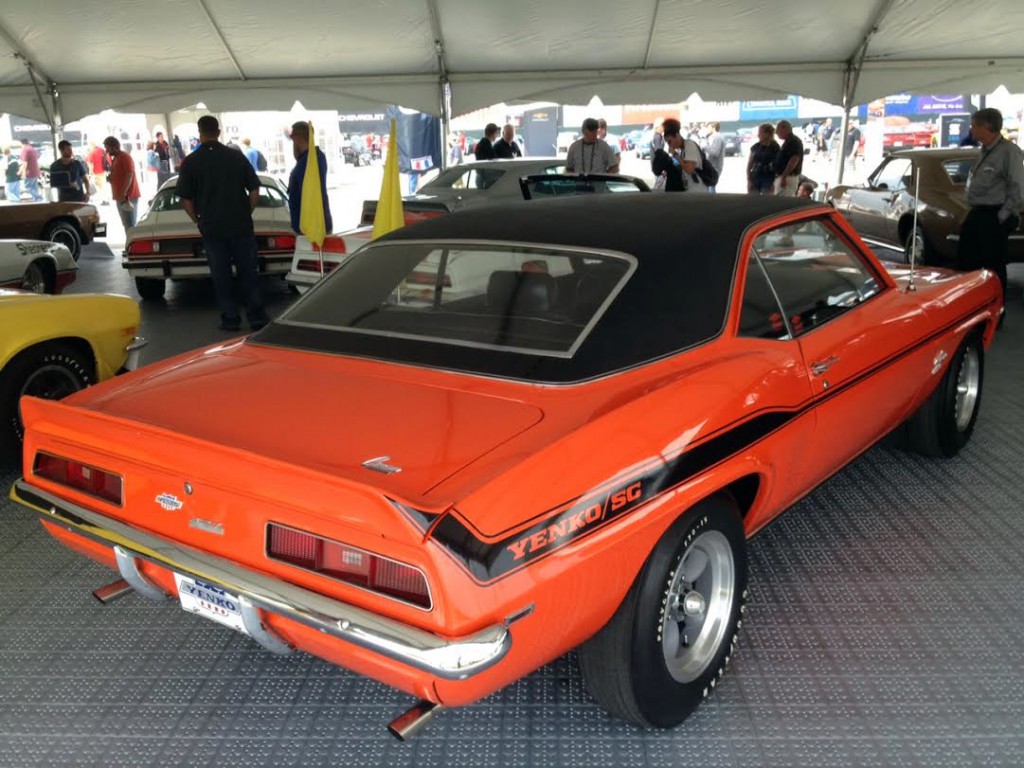 Chevrolet also invited Camaro enthusiasts from the U.S. and Canada to the reveal of the 6th-generation car. They turned up with more than 300 Camaros of all vintages, examples of everything from loving restorations to hypermodified cars with wild paint jobs and pumped-up performance. Participants started their day on the city’s Belle Isle Park by parading on the racing circuit laid out for the IndyCar-series Detroit Belle Isle Grand Prix before setting up a show of row upon row of Camaros. (Those who craved a little more excitement signed up for high-volume hot-lap ride-alongs with professional drivers wheeling 2015 Z28s.)

In a further salute to the car’s history, Chevy put together a “Camaro Museum” stocked with significant vehicles from throughout the nameplate’s years on the market.

Of course, the Camaro story started with the 1967 model year as Chevrolet’s answer to the Ford Mustang and Plymouth Barracuda, and it kept the same basic form through 1969 before ushering in an all-new design. Following is a gallery of some of the 1st-generation cars seen at the event, beginning appropriately enough with Camaro number 1. 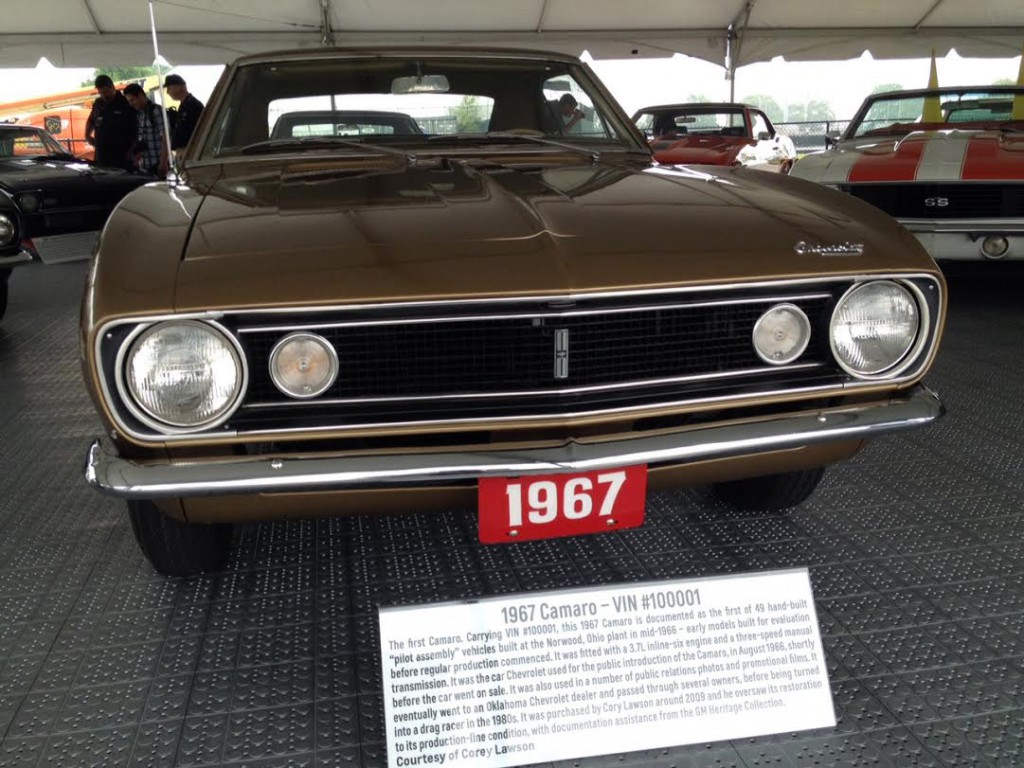 The first of 49 hand-built pilot models from mid 1966 starred in Camaro’s public introduction and promotional films. It was sold, turned into a drag car in the 1980s, and eventually restored to its original 6-cylinder form. 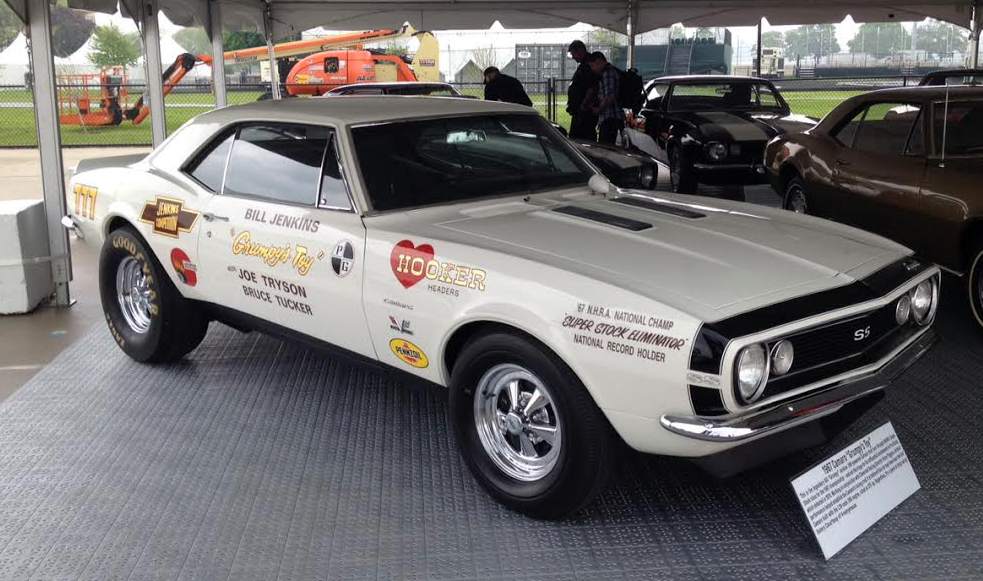 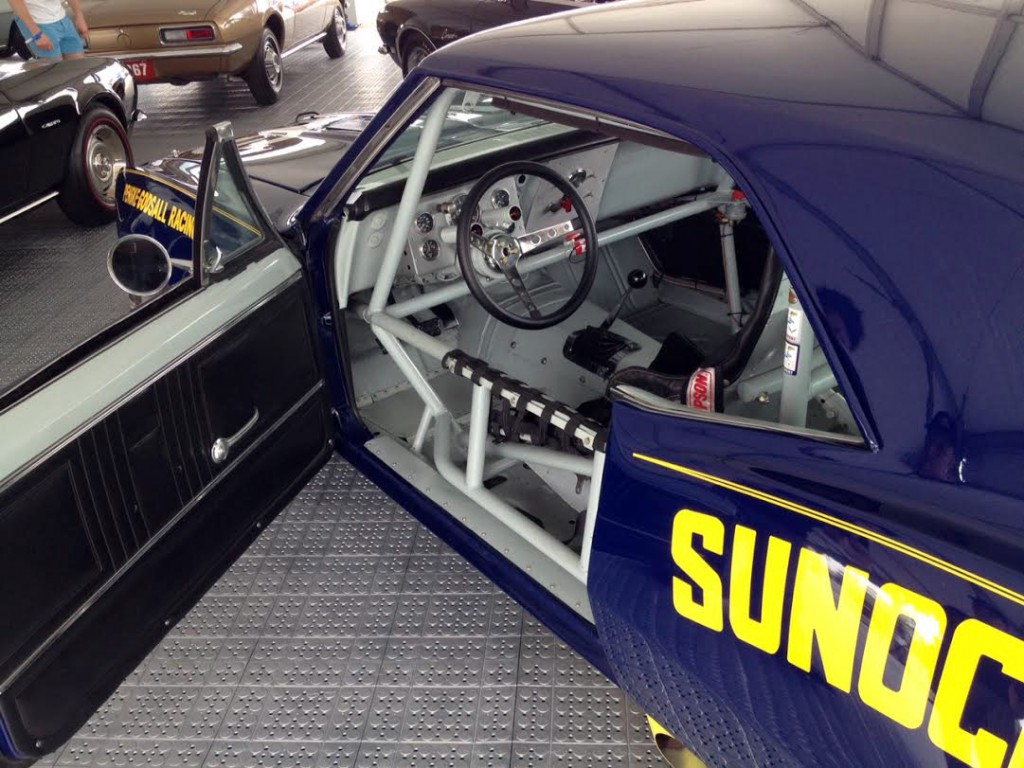 The interior of one of the Roger Penske-backed Camaros that carried road racer Mark Donohue to numerous victories in the SCCA Trans-Am series in 1967-68. The cockpit remains substantially as it was in Donohue’s day. 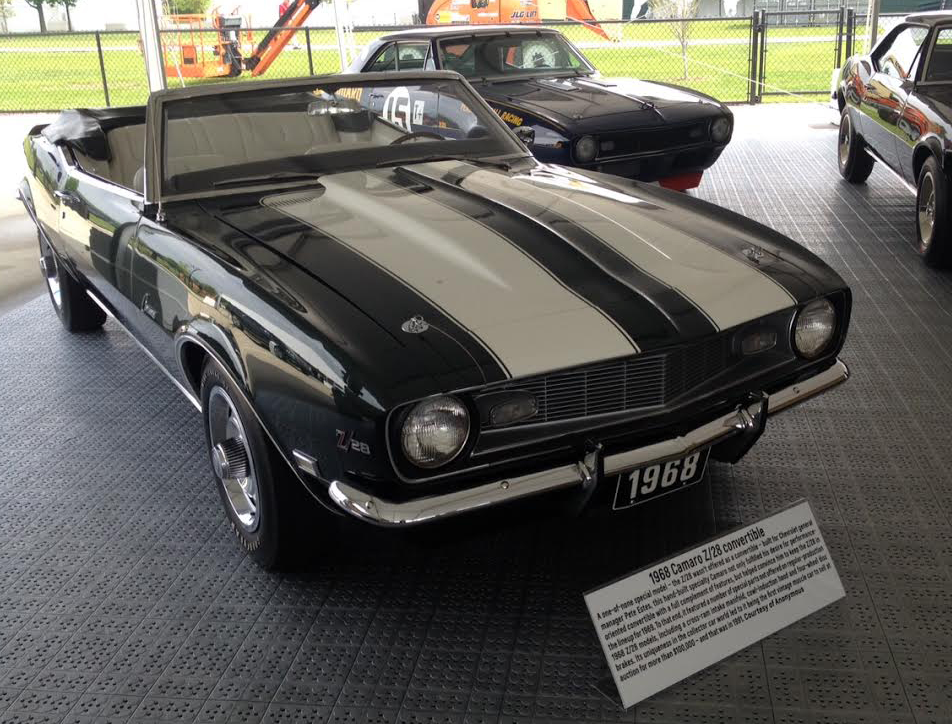 A one-off 1968 Z28 convertible. The car was specially built for Pete Estes, Chevy’s general manager at the time, and previewed the cowl-induction hood that came in for the ’69s. 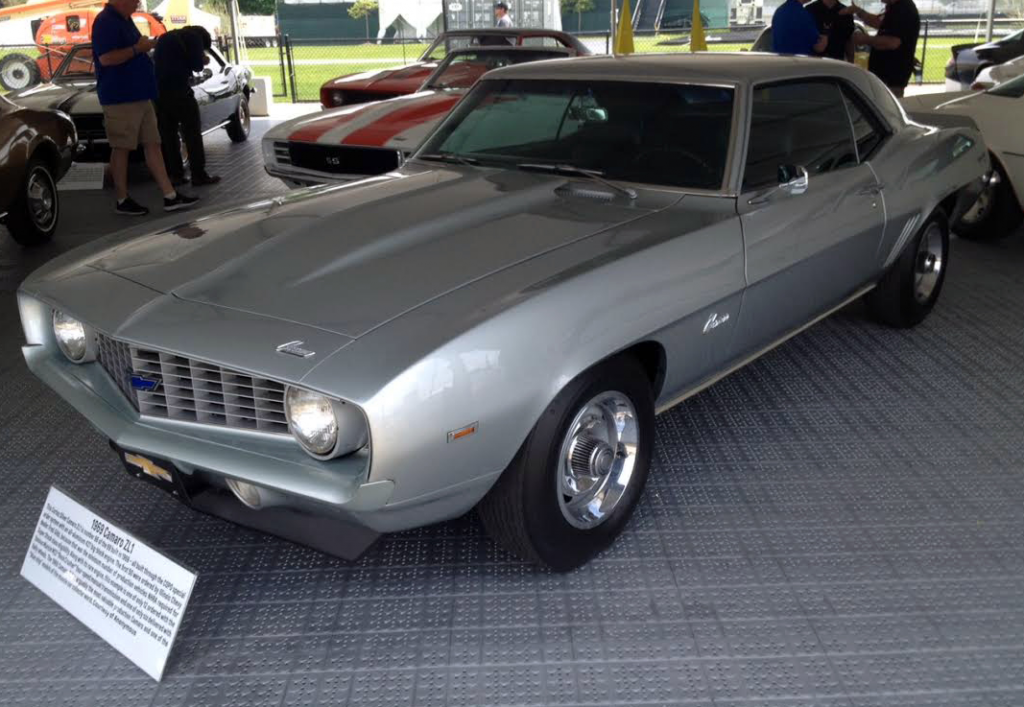 In 1969, it took the blessing of the division’s central office to allow for the aluminum ZL1 427-cid V8 to be dropped into a Camaro. This is the 66th of 69 “COPO” ZL1 Camaros made that year.

Many of the invited owners who came to the event made a good showing of late-’60s Camaros, too. 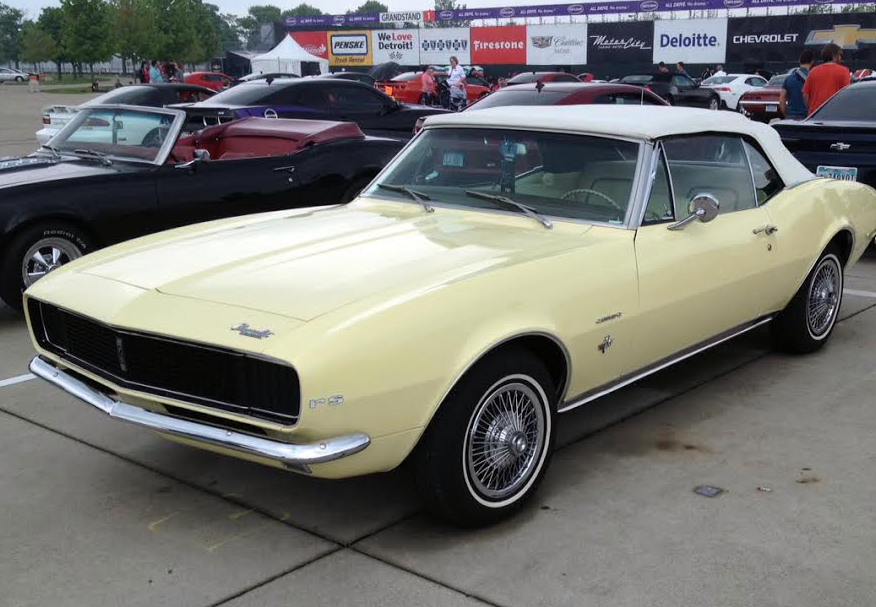 A 1967 convertible with the hidden-headlight Rally Sport option. 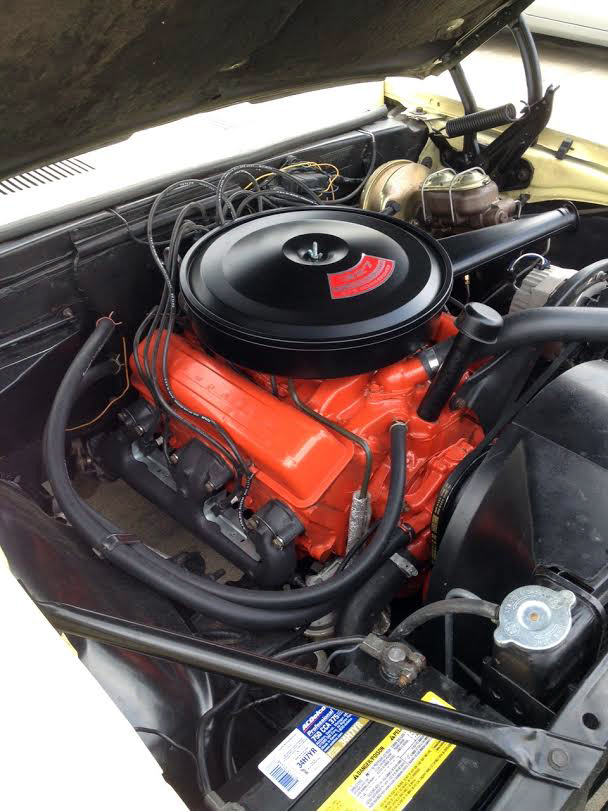 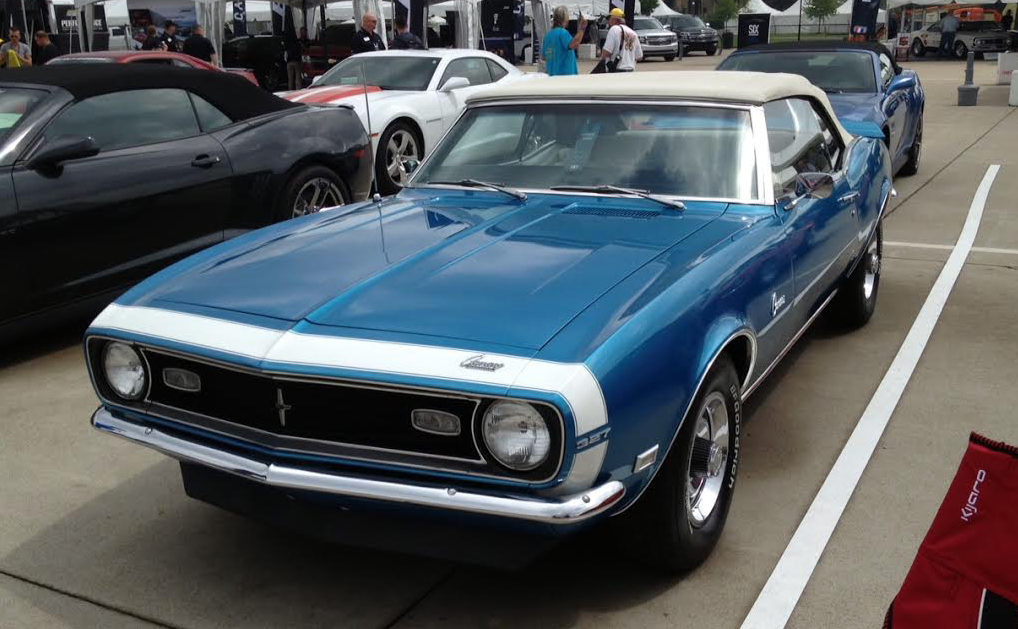 Extra-cost nose stripes dressed up many early examples like this 1968 convertible. 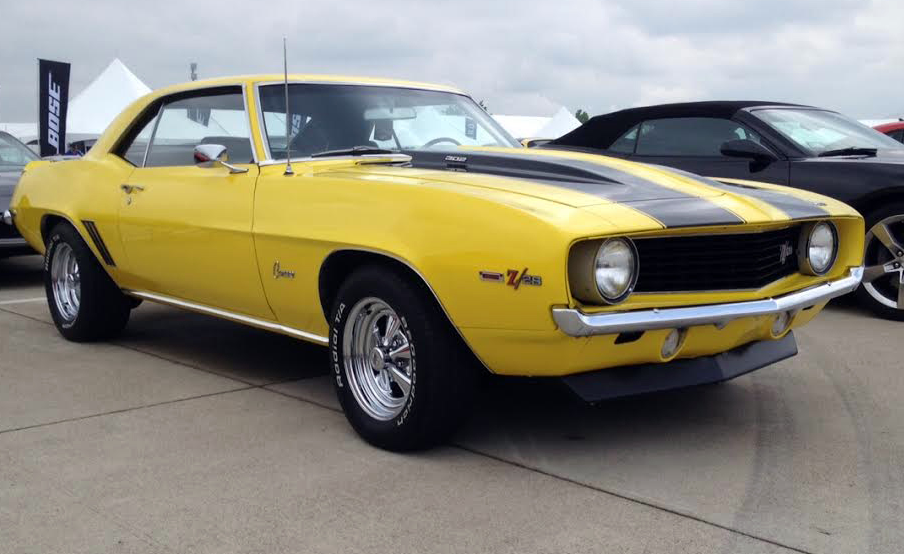