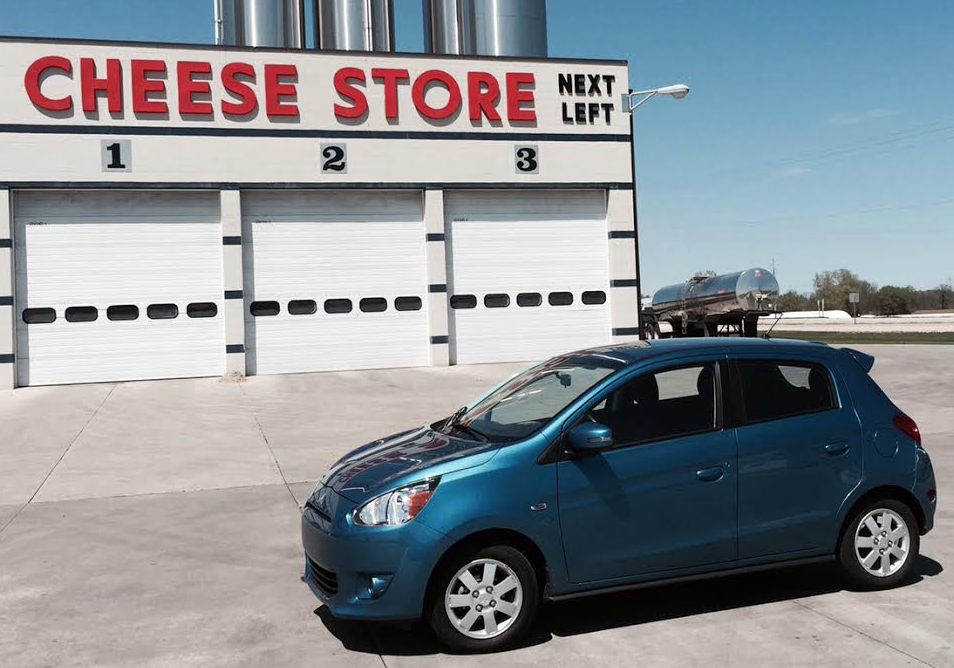 I don’t fit in the Mitsubishi Mirage. I mention this because I want to fully paint the picture of a man on a mission. The mission, in this case, was to break 40 mpg in a non-diesel, non-hybridized test vehicle.

I’ve never seen the far side of 40 mpg in a test car. I did manage 44 mpg once, a long, long time ago. I remember the day well. My college roommate and I, seeking a project that didn’t in anyway further our academic standings—inflated the tires on my 1984 Pontiac Sunbird to about 40 psi, and proceeded to drive 55 mph on a level highway for about 100 miles. This with the windows up, the air off, and a Trio cassette stuffed in the Tancredi tape deck.

Given the ’Bird’s 2300-pound curb weight, “OHC/FI” 82-horsepower engine, and 5-speed manual transmission with a way-too-tall overdrive gear, you’d think we’d have cracked 50 mpg, but 44 was the best we could log. We would have tried again in the opposite direction, but it was Growler Bucket night at our favorite gin mill and we needed to shave.

Flash forward 30 years, and that 44-mpg record stands, or stood. Enter the Mirage…

Bucolic Elkhart Lake, Wisconsin, is famous for roughly one thing, the historic Road America racetrack. The other thing Elkhart Lake might be famous for is its proximity to the Sargento Cheese factory, a not entirely dismissible boast, but it’s the first famous thing that matters to this story.

Each spring the members of our regional auto-media association hightail it to Elkhart Lake and Road America to partake in two days of concentrated road and track time with dozens of new vehicles. That annual event takes place almost exactly 130 miles from Consumer GuideⒸ’s command center located on the extreme northwest corner of Chicago.

As the cards fell, we were scheduled to spend time in Mitsubishi’s smallest and thriftiest offering during the week of our annual rally. My first reaction was to score a car better suited to my oversized frame, and pass the Mirage onto someone both leaner and shorter than myself. But as I thought more about it, I realized I was looking opportunity in the eye. I had an excellent chance to crack the elusive 40-mpg barrier.

I vowed immediately to allow myself sufficient time to travel at an efficient pace.

Imagining a long, stress-free drive through the alternately wooded and pastoral land that is the hallmark of central Wisconsin, I began to look forward to my drive north in the same way one might anticipate lying in the sun near a bucket full of icy beers. Regrettably, no part of this mission would prove relaxing.

There would be two runs in my attempt for personal-best fuel economy, one on Monday heading up to Wisconsin, and then again on Wednesday, on my return home. In each case, I would limit my reported mileage—as much as possible—to my highway and rural-road travel, filling up just before leaving—and later just before reentering—the Chicago metro area. 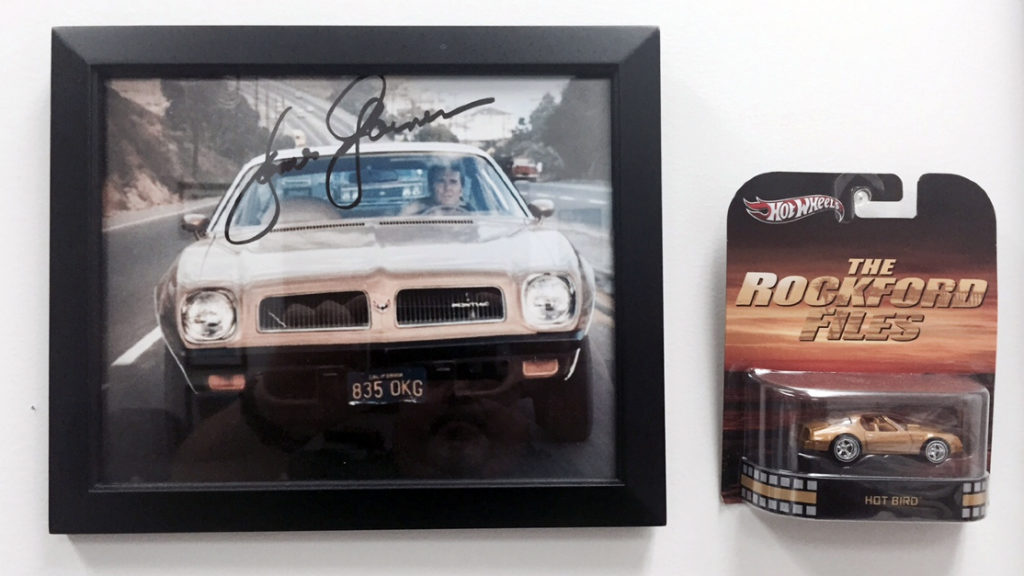 Tom swore before God and Rockford that he would keep his speed down.

I also swore before God and my autographed James Garner 8×10 that I would drive one mph below the posted limit the entire route. While serious hypermilers drive 5-10 mph below the limit, I am unable to make such a commitment—as it turned out, even that single mph below the limit would take a serious toll on my mental health.

I very much enjoy driving with the flow of traffic—or a little better if it seems safe—and I 94 is one of those roads that is either clogged to a standstill or host to traffic moving at a surprisingly brisk pace. It is not uncommon for the bulk of vehicles on I 94 to be moving at a healthy 85-mph clip for extended periods, especially once over the Wisconsin border.

I was fortunate to avoid heavy traffic for both legs of my quest for efficiency, but that doesn’t mean things went well. The details:

The Trip North (Leg One)

Prepared with a freshly voided bladder (this to avoid having to stop and waste precious inertia by braking) I filled our test 2015 Mirage ES at a gas station literally 50 feet from the I94 on ramp.

Our Mirage came equipped with the CVT automatic transmission and boasts an EPA fuel-economy rating of 37/44 city/highway. Those numbers are both slightly higher than for the same vehicle equipped with the standard 5-speed manual transmission. How hard could it be to achieve an EPA highway number? Pretty damn hard, as it turned out.

With the tank topped off I folded myself into the Mirage. Pulling out of the station I nailed the throttle, immediately forgetting my ultimate goal. Realizing my error I backed off the throttle, and entered the on-ramp gathering speed at roughly the same pace a typical high-school kid works through his summer reading list.

As Tom crossed the Wisconsin border, about 50 miles into his trip, he was nowhere near reaching 40 mpg.

Just before entering I 94 the driver of the Ford Explorer immediately behind me used his horn in an attempt to hasten my pace, this would not be the only horn I would hear this day.

What blessing I found in traffic being light quickly gave way to a nerve-wracking wave of guilt and fear. I pulled into the right lane and set the cruise control for 54 mph (55 being the limit for most of the Illinois-side leg of this mission). I immediately became conscious of being a rolling roadblock, a cursed and reviled obstacle complicating the day of other travelers.

Around bends in traffic I could see the trail of cars and trucks behind me, each waiting a turn to pull out and return to the healthy pace of normal traffic, apparently moving at least 10 mph faster than I was.

Later, as we pulled away from the city came the 18-wheelers, visible in the rear-view mirror, scrubbing speed and working hard to regain momentum as they wormed around my diminutive blue fuel miser.

My miser, however, was letting me down. Despite the sacrifices of time and mental health I was making, I wasn’t seeing anything near 40 mpg, at least according to the Mirage’s trip computer. As I crossed the Wisconsin border, I was—according to Mitsubishi—averaging just 35.4 mpg.

Saddened by my dismal economy performance, and annoyed by the cramping in my awkwardly bent right leg, I seriously considered abandoning my mission. I was working too hard to be falling this far short of 40 mpg. Plus, gusting side winds were tossing the little Mitsubishi around enough to make two-handed driving a must.

Looking for reasons that my mileage might be so disappointing, I theorized that the elevation change between Chicago and Central Wisconsin might be playing a role in holding me down. Noted hypermiler and CleanMPG.com editor-in-chief Wayne Gerdes would later laugh at this theory. Wayne noted that the roughly 300-foot elevation change between Chicago and Elkhart Lake wouldn’t matter a whit over the course of 130 miles. 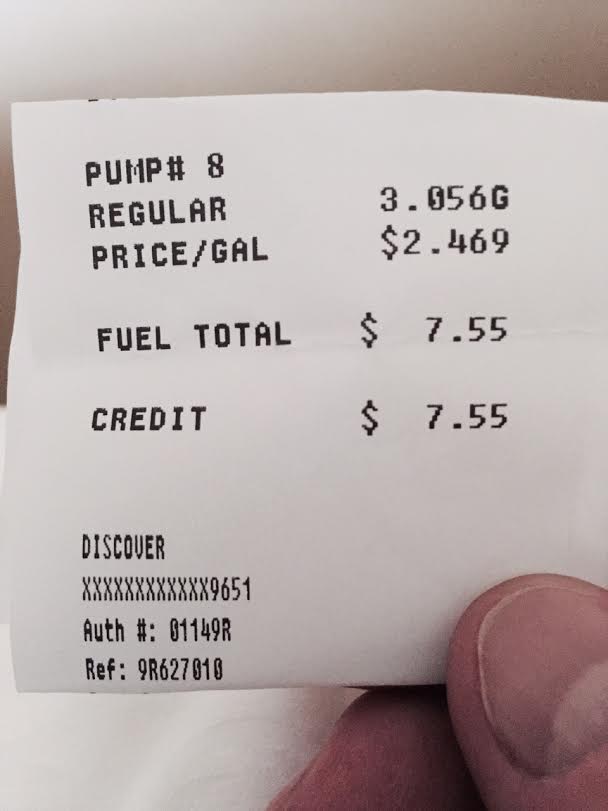 Indeed, Wayne noted that the powerful crosswinds, which had broken 30 mph that day, were most likely hurting my numbers. Wayne noted that my observed 2500-3000 rpms at 64 mph were higher than he had observed in the very same vehicle at similar speeds. Something was holding me back, and that something had to be the wind.

Still, despite the wind and my fantasy elevation change, something wonderful happened. Having reached Elkhart Lake I filled the car and—using the patented Consumer GuideⒸ double-click method for consistency—I topped off the Mirage’s fuel tank to the tune of 3.05 gallons; this, for 127 miles of travel. Though the trip computer pegged me at just 37.2 mpg for the entire trip, my math put me at 41.6—a personal best and less than 3 mpg off the Mirage’s EPA highway number. Success.

After two days of driving new product, and two evenings softened by the clean, hoppy refreshment of Central Wisconsin’s nearly legendary Spotted Cow, I set sail back to Illinois. Unlike my first assault on 40 mpg, this second attempt would be marked by clear, windless skies, and uncommonly light traffic.

Not battling the wind, the Mirage was transformed. The tachometer reported more relaxed engine speeds, and the car settled in for the drive feeling far more composed than it had on day one.

I quickly became aware that I was going to shatter my outbound-leg performance. I could feel it. I would note here that I was also traveling slightly downhill, but Wayne would laugh at me again. Still, the Mirage felt like it was working some serious fuel-efficiency magic.

I pulled off the highway after 96.3 miles, as I was heading home, not back to the office. Sadly, heavy Suburban traffic meant that my trip to the nearest gas station was delayed by 10 minutes of idling and crawling through rush-hour mayhem. Still…

By now I was in full gloating mode. The Mirage’s trip computer was reporting fuel economy I had never thought I’d enjoy in a street-legal non-diesel, non-hybrid vehicle: 54.2 mpg. Really. I broke 50 mpg.

This time the Mirage trip computer was optimistic, but only slightly.

My fill-up numbers dialed that performance back slightly. The Mitsu took on 1.9 gallons of unleaded, making my official number 50.7-mpg—a still stellar performance and one that I never expected to achieve. A few thoughts on my trip: 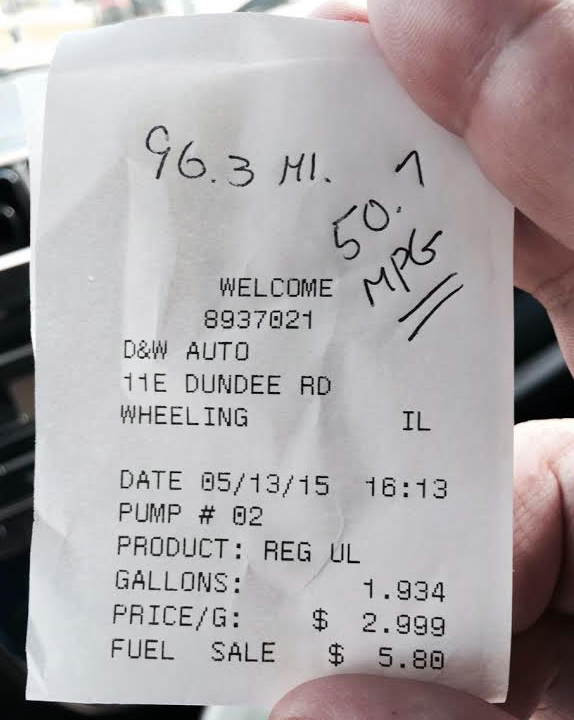 Tom scored personal-best mileage on leg two of his journey. Were it not for traffic, he would likely have seen close to 52 mpg.

I hate it. I hate not keeping pace with traffic, and I really hate being a nuisance. Watching the rear-view mirror and seeing other drivers struggle to work around me is an insufferable experience. The evil glares I received as those same folks passed me didn’t improve my mood much.

While I was scoring better than 50 mpg, I was a rolling roadblock forcing countless other drivers to use the brakes, scrub speed, and then reapply throttle to return to their chosen cruising speed. So, what have I accomplished? It seems unlikely that my nominal fuel savings outweighs the fuel I cost other drivers along my route. Clearly there’s an important line between driving efficiently and screwing with the natural flow of traffic.

The Mitsubishi Mirage is probably the most media-maligned new vehicle of the new century, and not without reason. The Mirage is arguably underpowered, mechanically crude, and not especially roomy. When challenged with throttle inputs, the Mirage’s throbby 3-cylinder engine makes a chugging sound not unlike that of a 5/8-scale amusement-park steam engine.

All that said, our loaded $16,000 test car looks good, and is a potent efficiency weapon in the right hands. I don’t want a Mirage, but for the seriously parsimonious among us, this Mitsubishi’s low base price, mileage potential, and generous warranty coverage may make sense.

Now I know. Not only am I capable of breaking 40 mpg in a gasoline-powered conventional car, I can, when sufficiently motivated and driving the right car, break 50 mpg. But, while it’s cool that I covered nearly 225 miles with just $13 worth of fuel, the toll on my sanity wasn’t worth it.

Still, I feel compelled to salute the drivers of Mitsubishi Mirages, and, perhaps, Chevrolet Sparks (Smart ForTwo owners, you’re on your own) who made their purchases looking to reduce their respective carbon footprints. It’s tough being the guy going the slowest—just don’t be the guy blocking traffic.

Check out Tom’s trip notes on Twitter at #Questfor40