I probably remember 1979 better than I recall any other year of my youth. My last year of grade school (and first year of high school), ’79 was the year I managed to fall out of a tree and badly injure myself, the year I had to make clear to my mother I wanted no part of being a priest, and the year I discovered legs. As it turned out, the last two items were not entirely unrelated. Where are you now, Lauren Tewes?

An interesting part of being young at the time was the automotive bubble we would-be gearheads lived in. We more or less understood that the new cars of the era sucked, but those were the cars we knew and—despite OPEC, the EPA, and DOT—occasionally loved.

My buddies and I argued often about what was cool at the time, and what wasn’t. Interestingly, only one guy among us had any Corvette love. Maybe it was the price, or the relative rarity, but Corvettes didn’t click for most of my friends. Nor did Mustangs, though I suspect that was just because of the small sample size of my immediate clique. Toss in a few more guys and I expect some Mustang fawning would have registered.

So, I present here the vehicles I wanted most in 1979. It didn’t matter that I was a solid three years from driving anything (legally). These were the cars I talked about, dreamed about, and walked around in parking lots. Got your own eighth-grade list? I’d love to hear it.

Senior-Year Lust: The Coolest Cars of 1974

Pontiac Firebird Trans Am
Trans Am was the coolest car on the road, bar none. First of all, it had a bigger engine than the Corvette—an engine we all knew about, thanks to the awesome and mystical “6.6-Liter” tag on the hood air intake. Mine would have had to be black, with gold graphics—as seemingly most of them were. I had no special Smokey and the Bandit love; I came to the black motif naturally. Cooler still were manual-transmission models, which we all knew were good for an extra 20 horsepower.

Chevrolet Camaro Z28
Let me make one thing clear: The Trans Am was way, way cooler. That said, the Z28 was dazzling in its own right. Though the “Z” suffered from sporting a V8 of “just” 350-cubic inches (as opposed to the Trans Am’s 400), those wheels (as shown here) were drop-dead awesome. There was something modern about the graphic and tape treatment on the Z, too. The Trans Am was more gothic and brutal, while the Z looked more nimble, and arguably cleaner.

Mercury Cougar XR-7
Fourteen-year olds have only a nascent sense of style. So, when something looks “classy,” no matter how baroque, you latch onto it rather readily—especially if there’s a V8 involved. I can’t say exactly how this struck me as sporty, but it did—sporty, classy, and cool as hell. I think the “leather” rear-deck treatment was the hook for me. I always fancied the XR-7 as a “going on dates” kind of car. This assumed that there would be dates to go on.

Jeep CJ
What early-teen male could have resisted the broad combined appeal of a removable top and go-anywhere off-road prowess? As it turned out, I would later enjoy the services of a 1977 CJ-7. And, as I had always imagined, I rarely had to top up. The available V8 was gone by 1979, but that mattered little. Even then we knew that driving a Jeep wasn’t really about going fast. 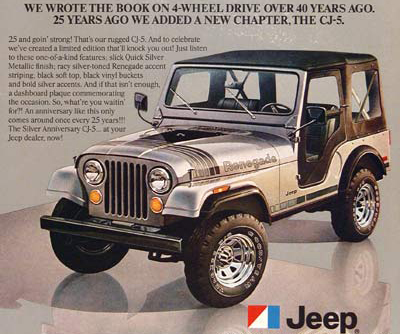 X-Wing Fighter
Technical specifications for the X-Wing were tough to come by in pre-web 1979, but we all knew it was fast and that it came equipped with lasers. Had the Trans Am come with lasers, it likely would have been the only car on this list. Technically, the fighter shown here is a 1977 model, but the impact of Star Wars would resonate with us youngsters for another couple years hence. 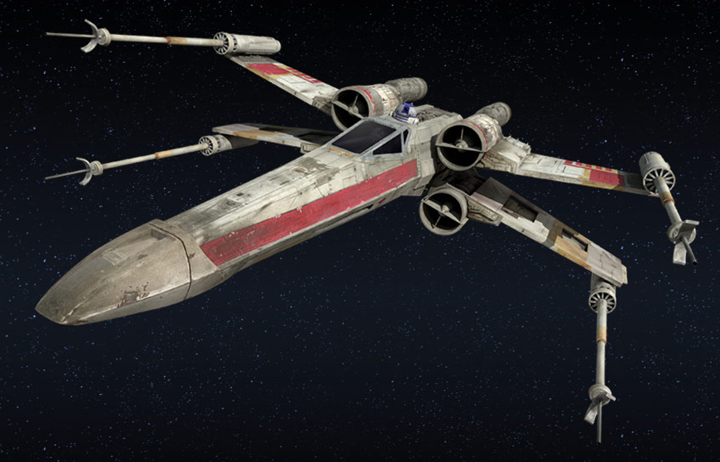