By my senior year at Riverside-Brookfield High School outside of Chicago, the auto industry was facing some dark days. Not only was horsepower plummeting due to emissions standards, but it was the first year that federal regulations forced manufacturers to tack on huge, girder-like protruding bumpers both front and rear in order for their wares to (supposedly) withstand five-mph impacts without damage. And they looked just as attractive as they sound.

So 1974 was noteworthy as kind of a double groaner to those of us smitten by the intoxicating appeal of internal combustion. And I suffered a historically longer and substantially deeper smittening than anyone else I knew. But there were some bright spots. Presented here: the Coolest Cars of 1974.

Eighth-Grade Lust: The 5 Coolest Vehicles of 1979

Pontiac Firebird
Pontiac’s Screaming Chicken was alive if not quite well, as the Trans Am could still be had with a mammoth 455-cubic-inch V8 and 4-speed manual transmission. Those of us who recalled that engine making up to 370 horses in 1970 were crushed that the top rating was now 290, but in the dimmer light of 1974, that was a virtual beacon. Furthermore, stylists did an artful job of incorporating the mandatory five-mph bumpers, covering them with smooth facias made of flexible Endura plastic. And if the T/A’s huge rear spoiler and flamboyant hood decal (or their accompanying sticker price) were too much, you could get potent powertrains in lesser ’Birds, which made them kind of cool in a “sleeper” sort of way. And also because Rockford drove one.

Dodge Monaco
In the day, the Dodge Monaco was primarily notable as the car you didn’t want to see in your rearview mirror. All the cop-based movie and TV shows that were prevalent at the time featured Monacos, which earned it a certain air of respect in the eyes of impressionable teens. Cementing its place in the Cool Car Hall of Fame was its starring role a few years later in The Blues Brothers.

Lamborghini Countach
The film Star Wars was still three years in the future, but the wedge-shaped Lambo looked for all the world like an earth-bound X-Wing fighter. Where Ferraris of the time had a certain fluid sleekness to them, the scooped and angled Countach came off as being menacingly severe. Particularly exotic were its flip-up “beetle wing” doors. 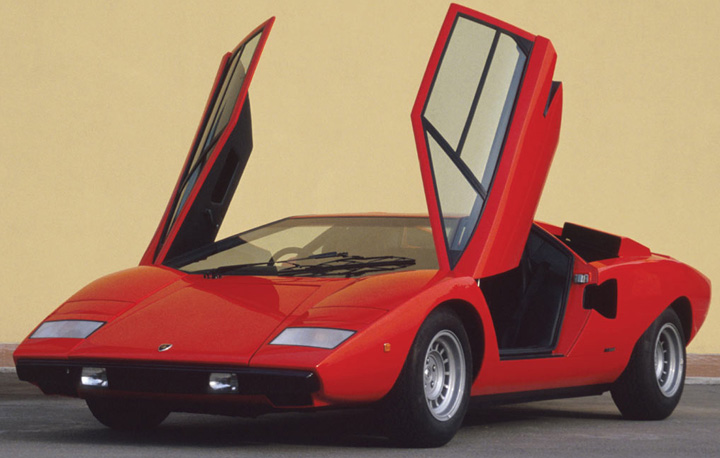 VW Beetle/Super Beetle
Speaking of beetles, it was the tail end of the hippie era, so “bugs” were still kind of cool in their traditional anti-establishment way. 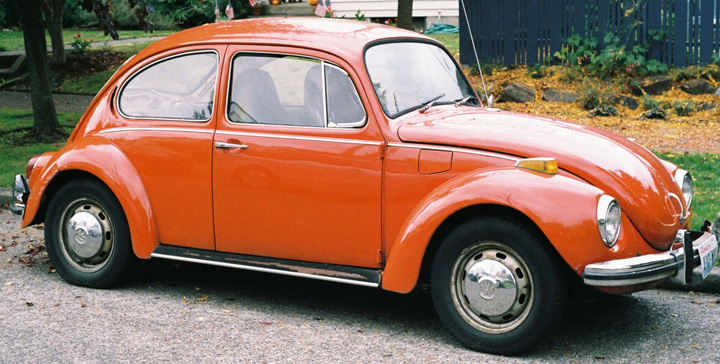 Chevy Van
After a smog-induced drop in horsepower made muscle cars obsolete, taking their place in car-culture “coolness” were—of all things—customized vans. Although any of the Big Three’s boxes would fill the bill, only the Chevy version had a hit song written about it.