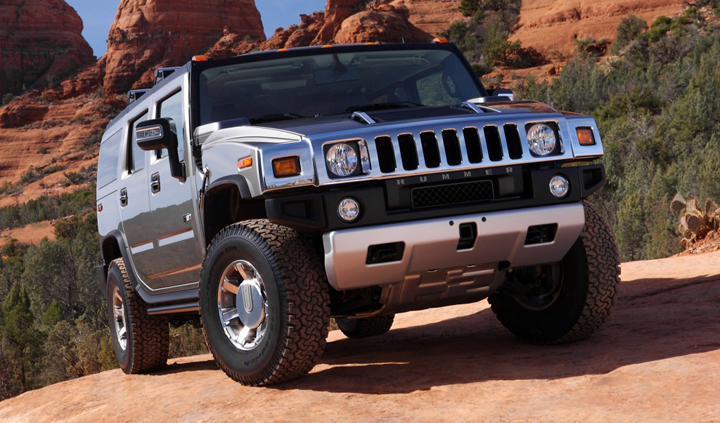 We at Consumer Guide often let major anniversaries slip by unnoticed, instead paying undue attention to lesser milestones. In keeping with that fine tradition, we honor the introduction of the poster child for wasteful motoring. And yes — it really has been ten years since you first saw a Hummer H2.

Has a decade really passed since you burst onto the scene?
Dear Mishawaka-built paramilitary machine.

You were conceived as a Humvee, softened for the masses,
but appealed most to guys with mullets and Oakley sunglasses.

With a gross-vehicle weight over eighty-five hundred,
your EPA numbers were never reported.

Though your off-road prowess earned you some serious merit,
noted GM’s Docherty, “You don’t drive an H2, you wear it.”

But as fashion, H2, your appeal just couldn’t last,
as gas shot past three bucks to four bucks too fast.

You were held as example of General Motors gone bad,
and when your time came, too few were sad.