5 (More) Good Ideas That Have Come and Gone 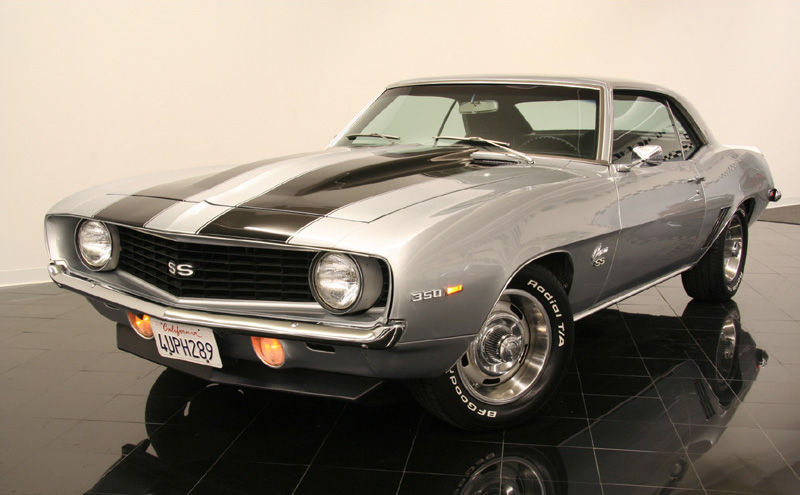 The 1969 Chevrolet Camaro came with an unheard-of option. Rick explains. . . .

My last post, which mourned the forgotten ideas of yesteryear, brought a number of good suggestions as to others I clearly missed. These included the swing-away steering wheels found in Thunderbirds of the ’60s (odd, since a friend had a ’66 so equipped), “wind wings” (the flip-out vent windows that used to hug the front roof pillars), bench front seats (currently offered in only one 2013 car, the Chevrolet Impala, and will soon be discontinued), Insta-Clear windshields (a ’90s idea that greatly speeded defrosting but made windshield replacement hyper-expensive), and hood ornaments (obvious pedestrian skewers that would never pass today’s safety initiatives).

Five Good Ideas That Have (Sadly) Come and Gone

To those, however, I would like to add the following five:

Voice Warnings
Chrysler, in particular, took a lot of heat for these after they were introduced in the mid-1980s, and the synthesized voices were soon silenced. I could never figure out why people hated being told “Your lights are on” or “Your door is ajar” when indeed they were. Today’s cars just chime. Often I can’t figure out why. It’s the automotive equivalent of a six-month-old: It cries and cries and doesn’t tell you what’s wrong. I’ve had several co-workers leave the office early because their kid called to say their car’s battery was dead. Turns out they had left the lights on. “Didn’t they hear the warning chime when they got out?” I asked. “Yeah, but they couldn’t tell what it was warning about, so they just closed the door.” Sometimes a word to the wise is, indeed, wise. 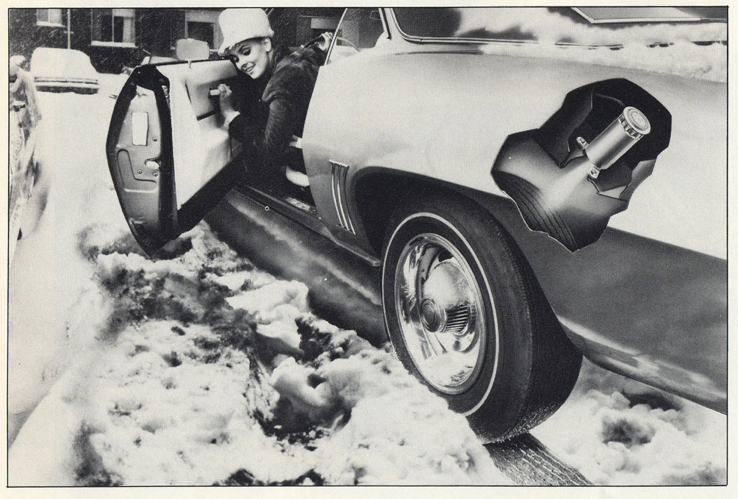 An option on the 1969 Camaro, “Liquid Tire Chain” coated rear tires with a tacky substance purported to aid traction in snow.

Traction-enhancing spray
It was a rare option on the ’69 Chevy Camaro. A special “Liquid Tire Chain” aerosol could be sprayed on the rear tires to improve traction on snow or ice. Best as I can tell, it was a one-year wonder.

Compound-hinge front doors
The only application I know of was on the first-generation Lexus SC coupes of the early 1990s. It forced the leading edge of the door to move out when opened, which allowed more room for feet to slide through near the hinge.

Oxygen-generating radiator
Known as “PremAir,” it was offered by Volvo for a while in the late 1990s to mid-2000s. The car’s radiator had a special catalytic coating that, according to a company press release, converted up to 75 percent of the ground-level ozone into oxygen as it passed through the radiator. It was evidently discontinued as pollution became less of a problem, but it seems that more oxygen would never be a bad idea.

Two-stage battery
As far as I know, it was an aftermarket item only, and I don’t recall which company offered it. The battery box actually held two separate batteries. The main battery was for normal use, while the second (smaller) one was, in effect, a built-in “jumper” battery. If you left your headlights on or just didn’t have enough starting power in cold weather, you could flip a switch (I think by turning a knob) on the top of the battery to connect the two.