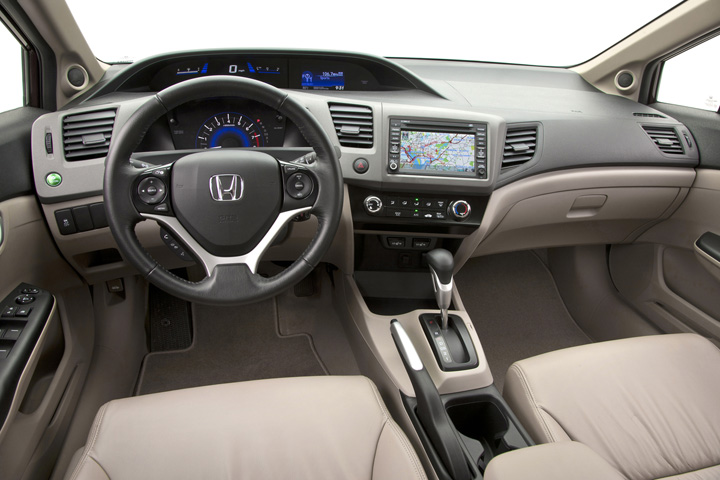 Honda has received a lot of flak from the press and its fan base about the 2012 Civic. Some of it might be justified, but in all honesty, this is still a really good compact car.

One media outlet called the 2012 Civic—available in coupe, sedan, gas/electric hybrid, and compressed natural gas-powered form—new, but its changes were more evolutionary in nature. The styling wasn’t all that different than its 2006-2011 predecessor. Even the unusual two-tier dashboard layout received only minor tweaks.

While I will concede that the new Si was, overall, a step backward for the franchise, the other, more pedestrian 2012 Civics largely continued in the tradition set by the old CVCC.

I base this impression on the many hours I’ve spent behind the wheel of our long-term 2012 Civic EX-L. Let’s get the gripes out of the way. This is one of the loudest cars in the segment. Further, Civic’s interior materials are not up to the standards that the domestic automakers have set with their new compact cars (Chevrolet Cruze, Dodge Dart, Ford Focus).

Now for the good stuff. Civic continues to ride exceptionally well thanks to Honda’s prudent suspension tuning and choice of reasonably sized tires. The car’s handling is just fine, with special praise for its accurate steering feel (Si versions are sharper still). The leather upholstery on the EX-L model is plush and comfortable.

Most noteworthy of all is Civic’s outstanding fuel economy. We’re achieving significantly better than 30 mpg, with many testers approaching and even breaking 40. By comparison, the smaller Hyundai Accent we have in our long-term fleet hasn’t broken 30, with that car seeing only slightly more city driving than the Civic.

Honda executives are listening to the press and customers and are planning a host of changes for the 2013 model year. As usual, the company is tight-lipped about what exactly is in store, but we think better interior materials and sound deadening are on tap. We’ll know more closer to the car’s fall 2012 on-sale date.

Still, don’t let these forthcoming updates dissuade you from checking out the 2012 Civic. While its competitors have stepped up their games in a big way, the virtues of Honda’s compact car more than outweigh its vices.