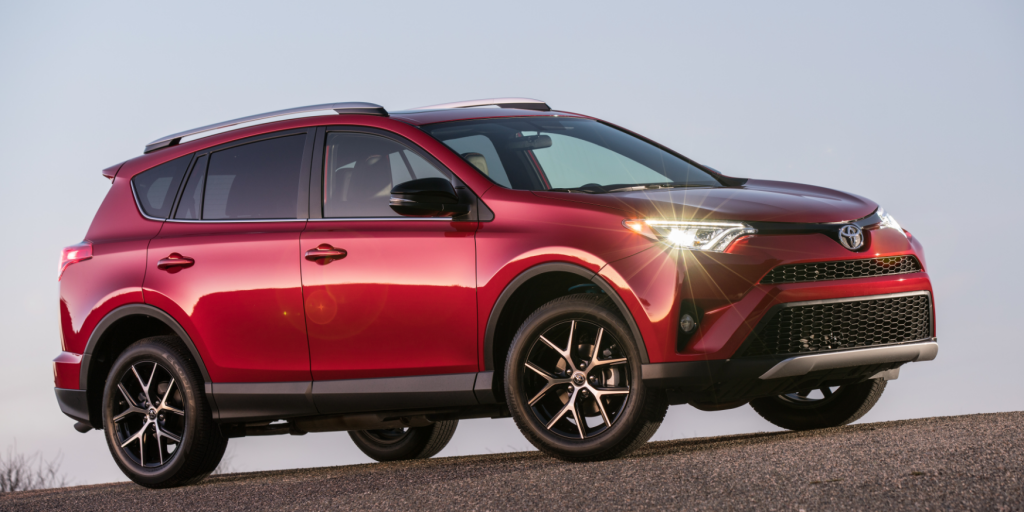 Though considered just a “refresh,” Toyota’s popular compact crossover sees some big changes for 2016, most notably in newly available safety features. One of the three models added to the line is the sporty SE trim level (shown).

By some accounts, Toyota’s RAV4 kicked off the compact-crossover craze when it debuted for 1996. Though Honda’s CR-V – which arrived the following year – has long carried the class sales crown, the RAV4 remains the runner-up in a segment that has since grown by leaps and bounds. In fact, compact crossovers surpassed long-time favored midsize sedans last year as the most popular class of vehicles in the U.S. – and it wasn’t even a close race. 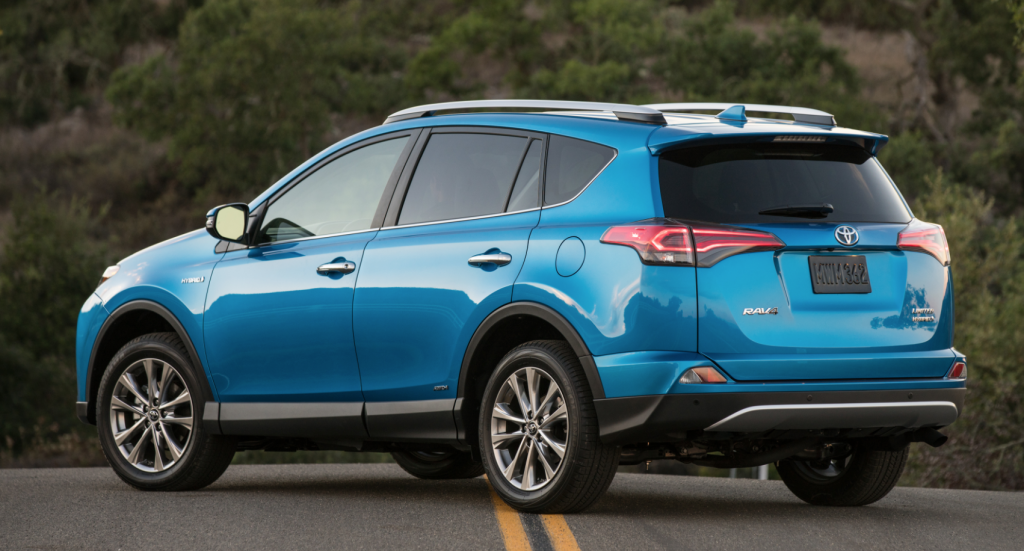 Also added to the RAV4 lineup are Hybrid models offered in mid-level XLE and upscale Limited trim (shown). Not only are they more thrifty than the conventional gas models, they’re also quicker.

Over the last 20 years, the RAV4 has progressed through four design generations. The current version debuted for the 2013 model year, and for 2016 it receives a “freshening” that includes revised styling, new features, and – most notably – its first hybrid model.

Other trim levels are carried over. The model roster thus ascends from the base LE to the mid-level XLE, aforementioned SE, and top-line Limited. All are powered by a 176-horsepower 2.5-liter 4-cylinder engine mated to a 6-speed automatic transmission, and all are offered in front- or all-wheel-drive form.

But perhaps the biggest news for 2016 is the Hybrid. This model combines a thriftier version of the 2.5-liter engine driving the front wheels with an electric motor driving the rear wheels, meaning it’s essentially all-wheel drive. Total system horsepower is rated at 194, and despite an associated 350-lb weight increase, Toyota says the Hybrid’s extra power gives it a 0-60 time that’s nearly a second quicker than that of the regular gas models: a claimed 8.1 seconds vs. about 9.0.

But the biggest point in the Hybrid’s favor is improved fuel economy. Compared to the AWD gas versions, which are EPA rated at 22 city/29 highway/25 combined, the Hybrid comes in at 34/31/33. As with most hybrids, the biggest advantage comes in city driving, where the Hybrid racks up an impressive 54-percent improvement. Best of all, the Hybrid – which comes in XLE and Limited trim levels – only costs about $700 more than its gas counterparts. 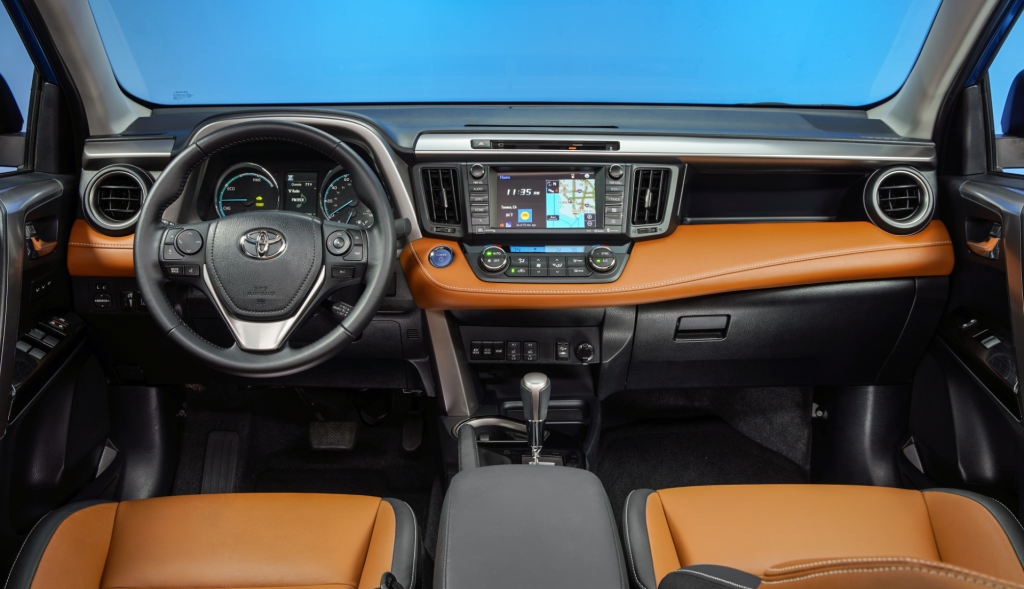 New for 2016 are some vivid two-tone interior combinations.

While the SE is big news and the Hybrid even bigger news, what might be of most interest to many people are the new high-tech safety features that have been made available for 2016. Most are offered in the Toyota Safety Sense package that’s available on all but the LE trim level and include:

In addition, optional on XLE and standard on SE and Limited are:

Furthermore, available on SE and Limited is:

Other available safety features include a 180-degree rearview camera (standard), trailer sway control (standard on all but SE), and vehicle sway warning (available on XLE and up), which detects when the vehicle is continually weaving side-to-side – such as when the driver is drowsy – and sends out both an audible and visual warning. 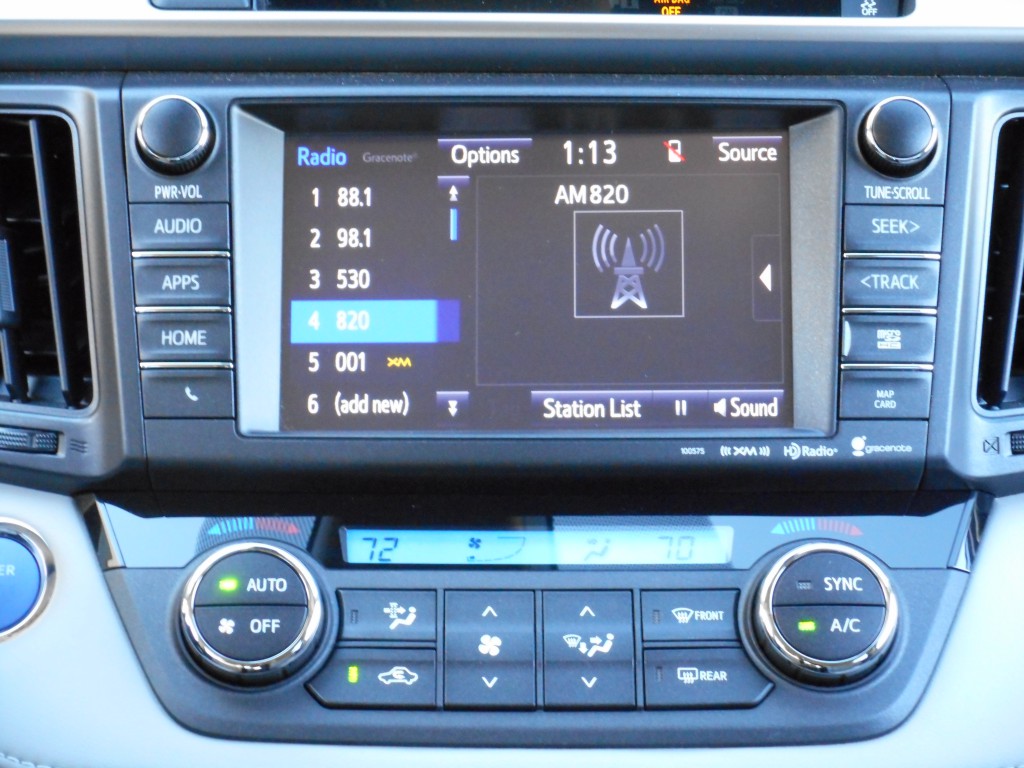 All audio and climate controls are easy for the driver to reach except for some knobs and buttons at the far right edge.

Step inside the RAV4 and you’ll notice some updates for 2016. All but the LE get padded door tops (though the armrests beneath them still have thin, flimsy padding), and though the dash top is hard plastic, the dash face is padded. Newly available two-tone color combinations are Cinnamon and Nutmeg, which join grey, all in combination with a black dashtop.

Visibility is good except to the rear corners, but the rear headrests fold down to improve the view straight back. There are numerous cabin storage spaces including an open dash bin over the large glovebox. Audio and climate controls are fairly easy to use and most are easy to reach, though the tuning knob and some buttons on the far right are a bit of a stretch. 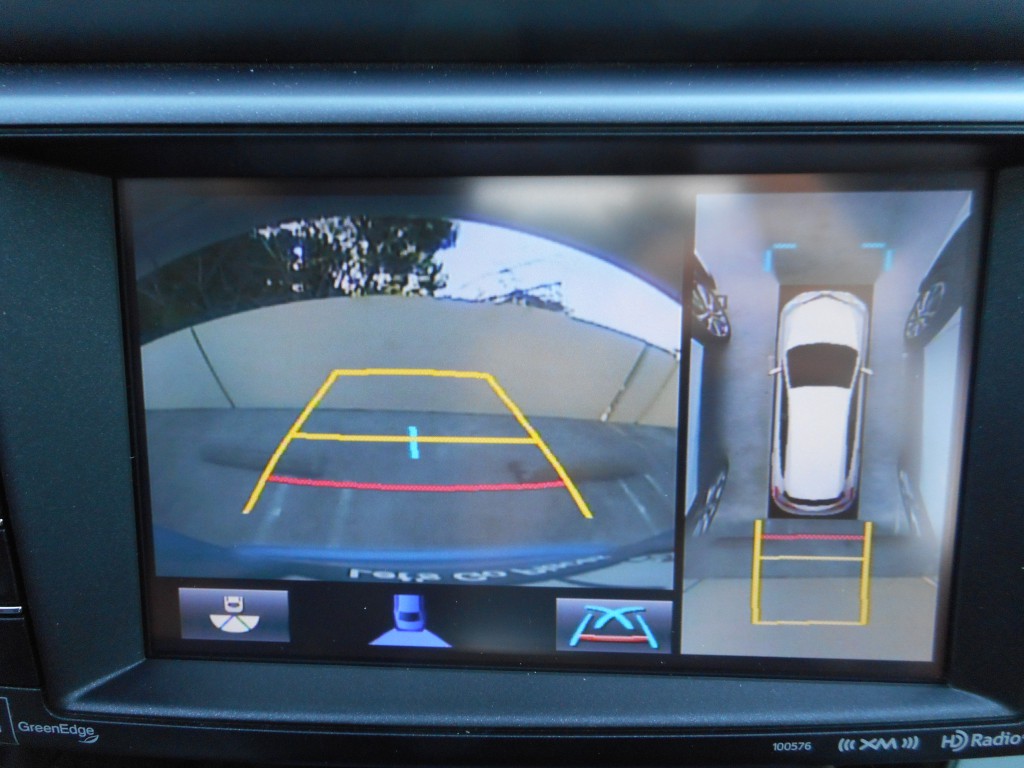 There’s plenty of head and leg room both front and rear, and an average-size adult can fit in the back seat even if the seat ahead is pushed all the way rearward. Large door openings and a moderate step-in height make getting in and out a simple task.

The cargo area is wide at the rear, and there’s a little bit of “unofficial” underfloor storage in the center of the spare tire. The rear seat backs fold easily even if the front seat is set far back. At its “low” setting, the floor sits about 2 inches below the level of the folded seat backs, but it can be raised and rested on a lip at the forward end to make it level with the seat backs. There’s also a flap that can be raised (really a ramp from the floor to the seat back) to reveal a bit of storage area beneath. A neat touch is that the roll-up cargo cover can be stored away in a wide bin beneath the cargo floor when not in use.

On the road, the RAV4 impresses. Handling is fine, steering is light, and the ride is fairly composed over bumps. As might be expected, SE models with their sport suspension ride a bit more stiffly and exhibit a little sharper steering response along with less body lean in turns.

But the best part is when you hit the gas. If you nail the pedal from a stop, gas models get a good jump off the line; do the same at speed, and the transmission kicks down fairly quickly for more passing power. In both regards, the Hybrid is even better, particularly from midrange speeds in city traffic. 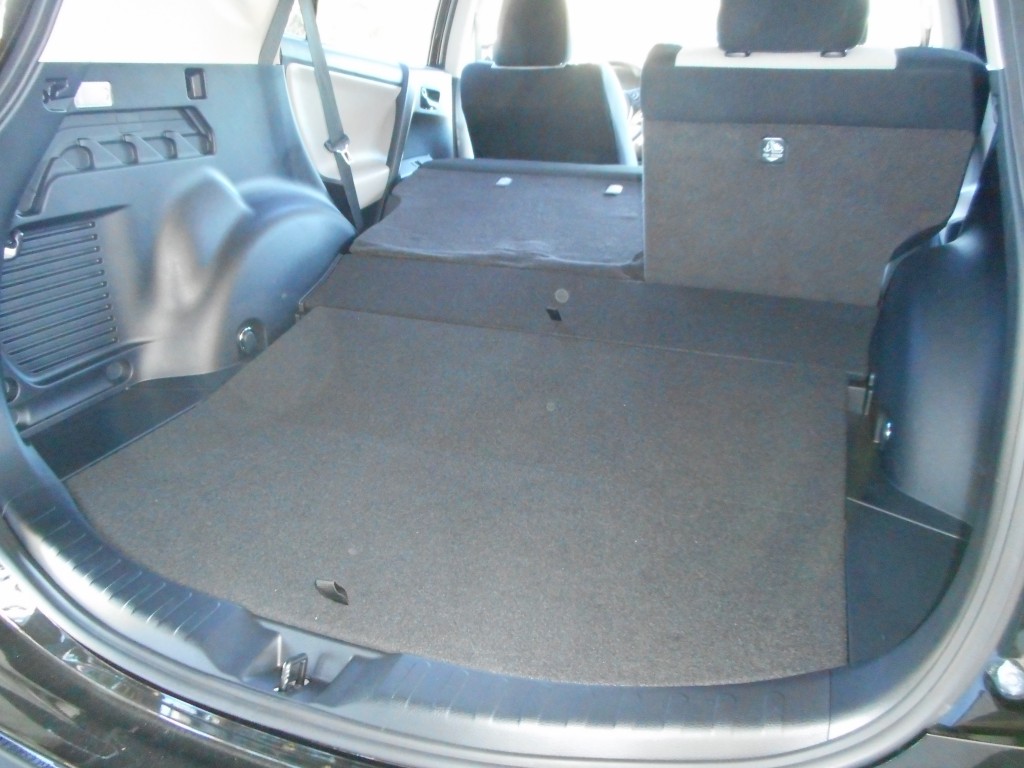 With the leading edge in its “raised” position, the cargo floor sits level with the folded rear seat backs, making it easier to slide in long items. In its lowered position, it allows for more cargo height.

With its 2016 updates and newly available features, the RAV4 is an even stronger entry in the compact-crossover class. Furthermore, the Hybrid is especially appealing, as its added cost can be easily justified not only with better fuel economy, but with better performance – something that frankly can’t be said of many hybrids, at least those that are “converted” from gas models.

While the class’s biggest seller will likely remain the Honda CR-V, those looking in that direction would be well advised to shop the RAV4 for comparison. After all, these two long-time rivals are the segment’s sales leaders for a reason.