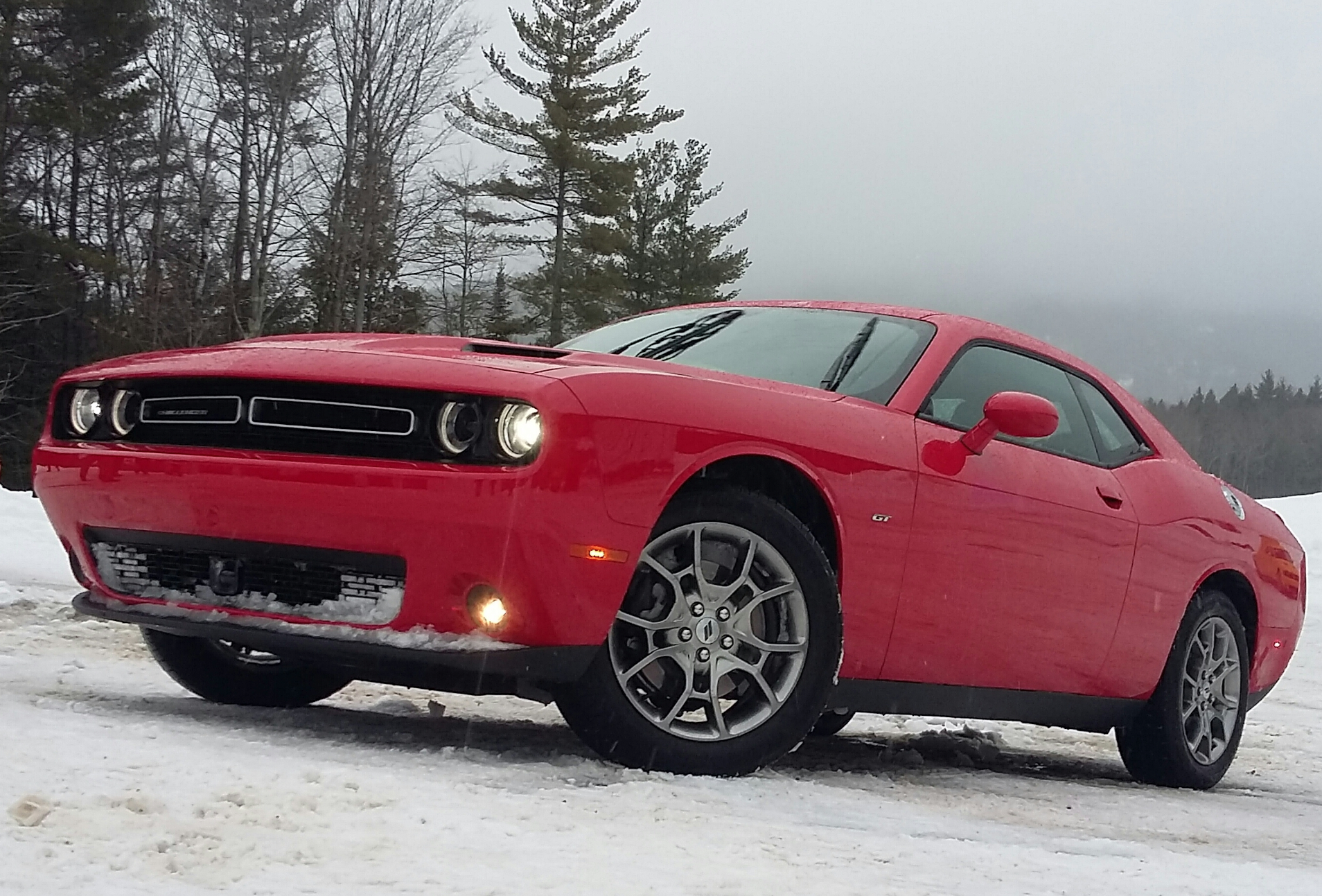 While it’s certainly not the first all-wheel-drive coupe on the market, the 2017 Dodge Challenger GT is putting a new spin on an old formula.

When I was growing up, a favorite winter pastime was sledding down Swan Pond Hill, a long, fairly steep run with entertaining moguls and only the occasional (very scarred) tree.

Trouble was, ol’ Swan Pond was a bear to climb back up. So people marveled at the little skinny kid who easily scrambled up the slippery slope towing not only his own sled but one or two others as well, flashing past the bigger kids who were slipping and flailing their way to the top, often struggling to make the crest on hands and knees.

But the little skinny kid had a bit of help. He’d run several bolts through the soles of his Dad’s old boots so that they stuck out the bottom like half-inch cleats, because he recognized that conquering Swan Pond Hill wasn’t so much about strength as it was about traction. 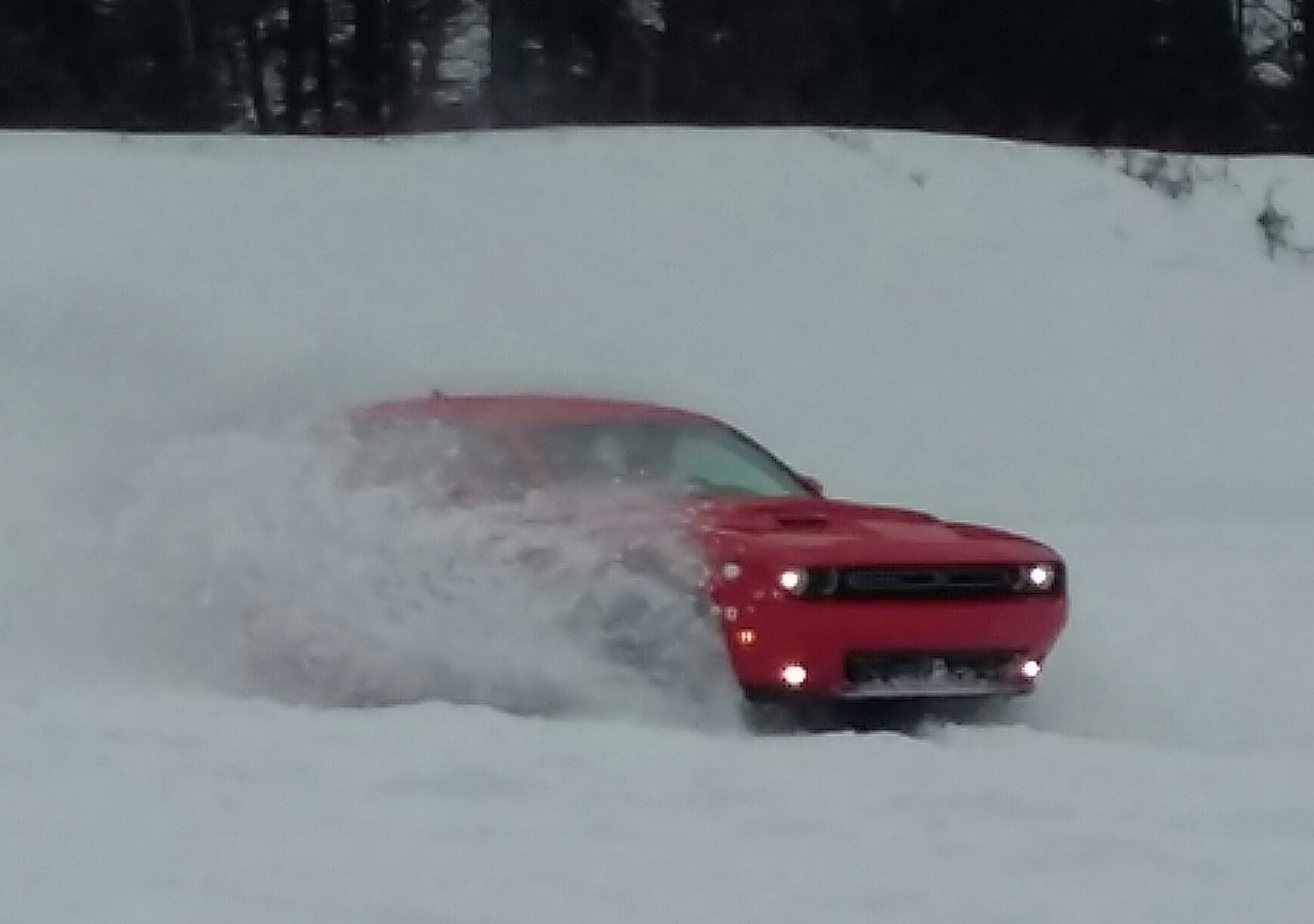 Go ahead … just try to get through this in your muscle coupe ….

That seems to be the same tack taken by Dodge with its new all-wheel-drive Challenger GT. Beneath the hood is the Challenger’s base 305-horsepower 3.6-liter V6, which amounts to the 98-pound-weakling next to the available V8s that out-muscle it by 70 to more than 400 (!) horsepower. Yet when the white stuff falls, the GT can kick rooster tails of snow in its V8-powered siblings’ collective faces.

As muscle coupes have been around for quite a while – and this is the first to be offered with all-wheel-drive – one might wonder whether the GT is an answer to a question no one’s asking. But perhaps it’s not so much a question of “Why?” as “Why did it take so long?”

Up here in the frozen northland, it always seems as though the first snow of the season finds people re-learning the skill of driving in the slippery stuff — with some not re-learning quite quickly enough. That seems to be particularly true of muscle-coupe drivers, whose steeds can be seen disproportionately littering the ditches.

But some of that isn’t really the driver’s fault.

The traditional rear-drive muscle coupe carries a big honkin’ engine in front powering overly wide tires at the opposite end, leaving their drivers battling some pretty unforgiving laws of physics. And in the more extreme forms of the species, that engine produces tremendous power, while the tires are summer performance skins that embrace cold weather like a surfer embraces a shark.

Yet muscle coupes remain quite popular, even around our Chicagoland offices – which are smack dab in the middle of “northland.” So buyers who want the style and performance these cars offer have traditionally had to take some chances.

That is, until now. As you read this, Challenger GTs are rolling into Dodge dealerships, just in time to battle what is traditionally our worst weather month of the year.

While a number of German and Japanese manufacturers offer coupes with all-wheel drive, Dodge points out that the Challenger is the only one with 5-passenger seating vs. 4. The GT is also priced lower than most of the others, as it starts at $34,490 including destination. While that’s a good $6000 over the price of the base rear-drive Challenger, the GT includes a number of features that are either optional or not available on its base brother, including cold-weather favorites like heated (and ventilated) front seats, heated mirrors, and heated steering wheel, along with such niceties as leather upholstery, power tilt/telescopic steering column, 8.4-inch touchscreen, satellite radio, Apple CarPlay/Android Auto, Homelink garage-door opener, rearview camera, rear obstacle detection, and a really cool-looking set of 19-inch aluminum wheels. 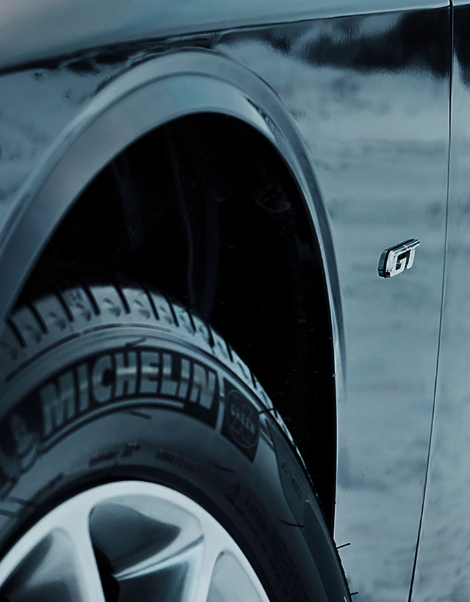 Biggest visual differences to the GT are a slightly higher ride height and “GT” badges on its flanks.

But there’s another “cost” as well. Since the GT‘s all-wheel-drive hardware adds about 200 lbs. to the Challenger’s already-beefy curb weight (about 3894 lbs for the base model), and it also comes with a slightly higher ride height, wider tires, and a lower axle ratio, it doesn’t fare as well on the fuel-economy front. The GT is EPA-rated at 18 city/27 highway/21 combined, figures that are 2-4 mpg down from those of its rear-drive counterpart.

In most other ways, the GT is virtually identical to its rear-drive V6 siblings (you can read our complete test of one here). That means good room for four adults (five in a pinch, though getting into the rear seat can be tricky for larger folks), a decent-sized trunk (albeit with a high liftover), and a reasonable amount of interior storage. Visibility is okay except to the rear corners, but the GT comes with a standard rearview camera that displays on a large 8.4-inch dashboard screen.

Our preview of the GT was held in Portland, Maine, where Mother Nature cooperated by sending a “Nor’easter” our way that blanketed the area with several inches of fresh snow. That made for great conditions under which to test the all-wheel drive system (and also closed the airport shortly after we arrived), something that’s otherwise very difficult to duplicate. Although we didn’t get an opportunity to drive a couple of the competitive vehicles on offer because they were essentially rendered immobile, it was clear the all-wheel-drive system in the GT made a huge difference in the snow.

There’s good cargo room in the trunk, and the rear seats fold to expand the space. Furthermore, the back seat is large enough for two adults or three kids, making the Challenger GT a surprisingly good all-around, all-season coupe.

With the snowplows out in force on the main roads (clearly those Mainers aren’t new to this), there was enough dry pavement to get an idea of how the GT performed under less trying conditions. Nail the gas from a stop and it gets a strong jump off the line, something that can’t usually be said for import rivals powered by little turbo fours. In fact, there’s surprisingly good power for a V6 throughout the speed range, and while the ride isn’t cushy soft, it’s not brutally hard either – which is sometimes the result when 19-inch tires with low-profile sidewalls meet rough, pocked-marked pavement.

Especially for those who annually dread driving their muscle coupes through the slippery white stuff – or have passed on buying one altogether because of it – the all-wheel drive in the Challenger GT could be a game-changer. It effectively turns a three-season car into a rather capable four-season one, something that makes it particularly attractive to folks who don’t have the option of getting a dedicated “winter” car.

Just imagine what it could do with half-inch cleats.

And by the way, 50 years later, I still have those boots. 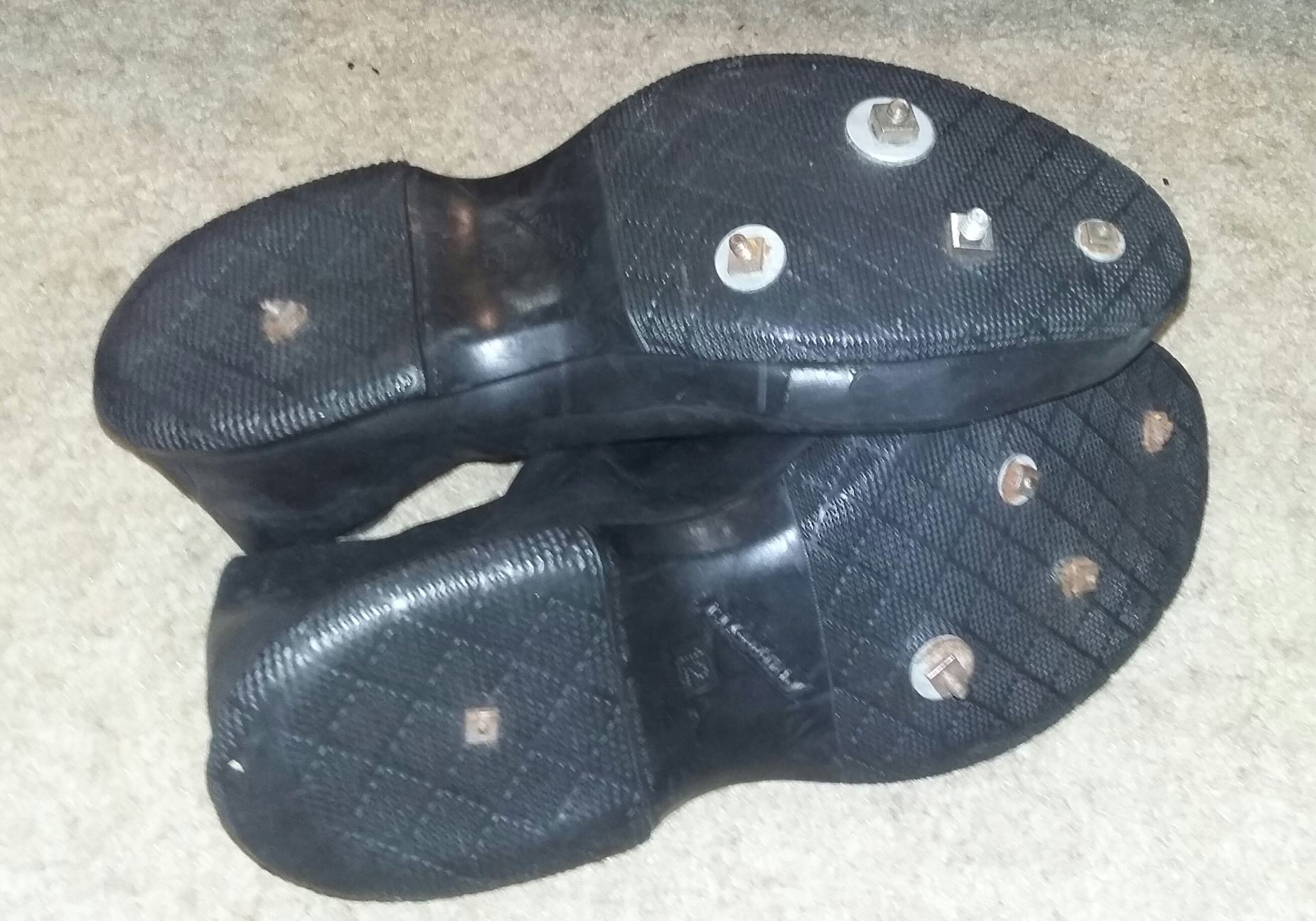