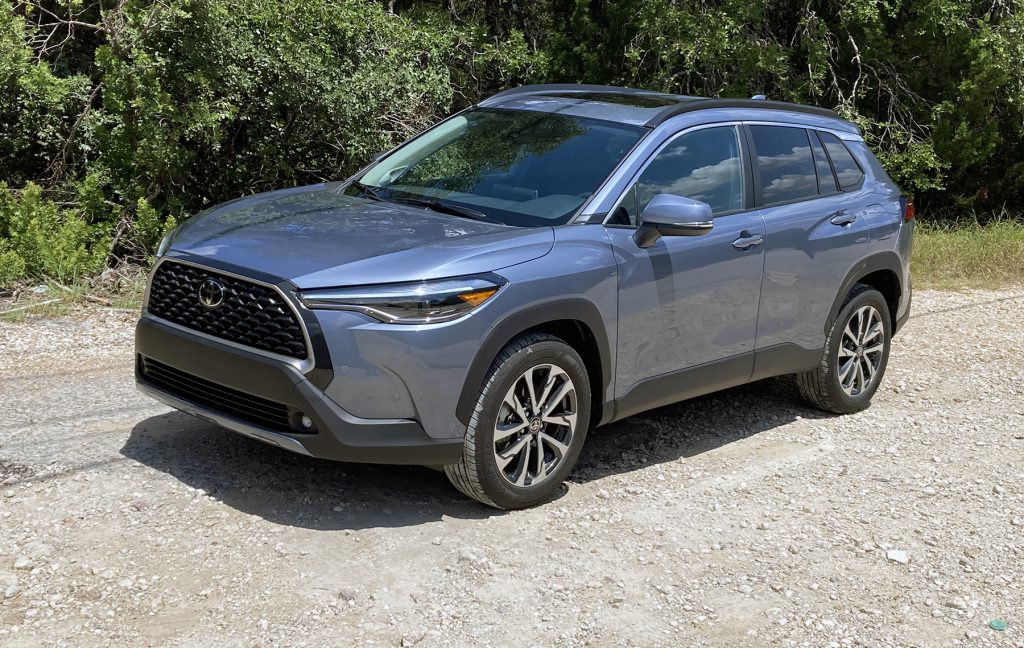 This past July, Toyota sold the 50-millionth Corolla. The well-known, workaday compact car has been in production for more than 55 years and remains one of Toyota’s best sellers. In America, the Corolla is currently offered as a four-door sedan or hatchback, and now the name enters the incredibly popular crossover SUV market with introduction of the 2022 Corolla Cross.

Since SUVs are have essentially become the default commuter vehicles of choice, it makes sense for Toyota to expand the scope of the Corolla nameplate and attach it to its new small crossover SUV. Given the explosive growth of the subcompact/compact SUV segment in recent years, it’s a bit surprising that it took the Corolla Cross this long to get here. Toyota’s first modern subcompact SUV was the quirky-swoopy C-HR, which debuted for 2018. Though the C-HR is a nicely executed vehicle that has sold in respectable numbers, its aggressively zany styling, steeply sloped roofline, and lack of available all-wheel drive places it well off the beaten path for mainstream small-SUV shoppers. 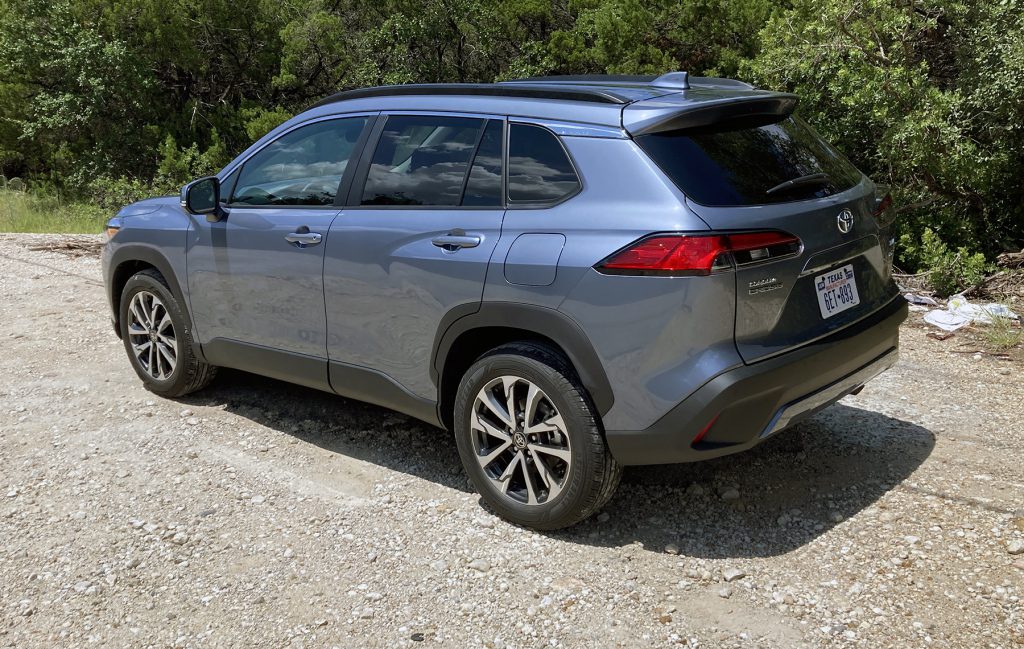 The new-for-2022 Corolla Cross slots between the subcompact C-HR and compact RAV4 in Toyota’s SUV lineup.

The Corolla Cross, however, is about as conventional and mainstream as a small crossover SUV gets. It’s built on the same version of the modular Toyota New Global Architecture (TNGA) platform that underpins the C-HR, Corolla, Prius, and Lexus UX, and it shares its 103.9-inch wheelbase with the Corolla hatchback and C-HR (the Corolla sedan and Prius use a long-wheelbase version of this chassis). Overall length comes in at 175.6 inches, making the Cross about three inches longer than a Corolla hatchback or a C-HR, and a bit more than five inches shorter than the Toyota RAV4 compact SUV. So, practically speaking, Toyota is squeezing the Corolla Cross into a tight parking space in their product lineup. Given the ongoing popularity of small SUVs, this is very much a gap worth filling. 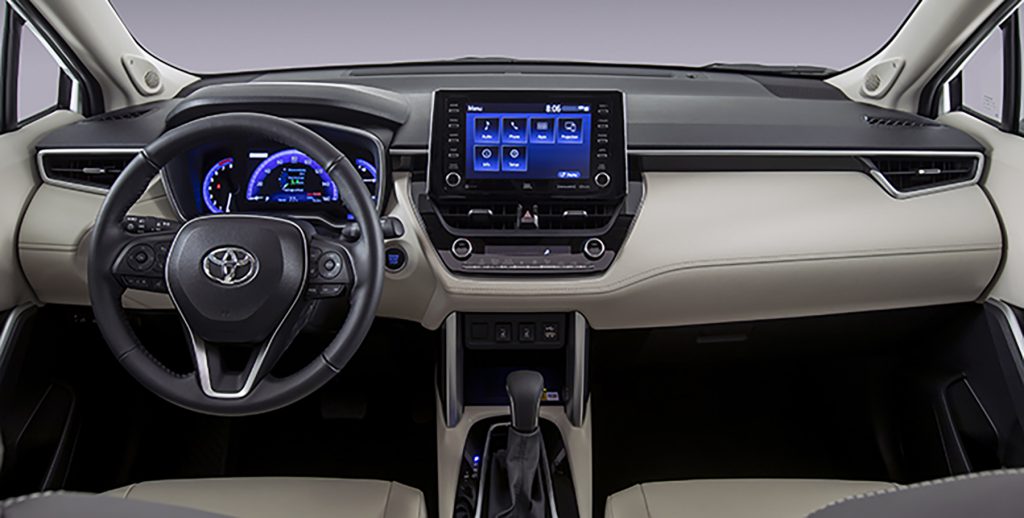 The Corolla Cross’s exterior styling strays far from its passenger-car siblings and the C-HR, and instead cribs from the larger RAV4. It looks the part of a small crossover SUV with its handsomely chunky appearance, classic station-wagon proportions, and expected “rugged” detailing like generous satin-black cladding around the wheel arches and the body’s lower edges. Toyota identifies the Corolla Cross’s main competitors as the Subaru Crosstrek, Chevrolet Trax, Buick Encore, Hyundai Kona, and Honda HR-V. It’s closest in size to the Subaru and the Honda, and a bit bigger than the other three. 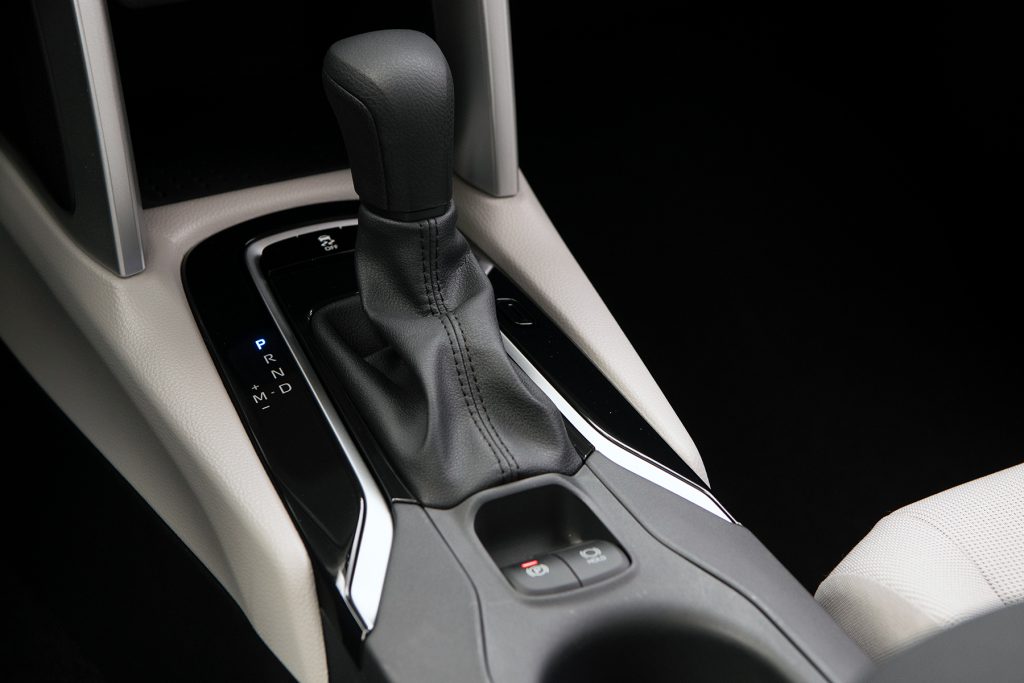 The Corolla Cross’s lone transmission is a CVT automatic with a fixed “launch” gear for more-responsive starts off the line. LE and XLE models get a wireless charging pad located in a cubby bin forward of the shift lever.

When the Corolla Cross goes on sale in October, it will be offered in three models. The entry-level L trim starts at $22,195 and comes standard with features such as a 7-inch touchscreen display, HVAC vents for the rear seat, two USB ports, remote keyless entry, 17-inch steel wheels, LED headlights/taillights, and heated power exterior mirrors. Apple CarPlay, Android Auto, and Amazon Alexa connectivity are also standard, as is a 4.2-inch multi-information display screen in the instrument cluster. 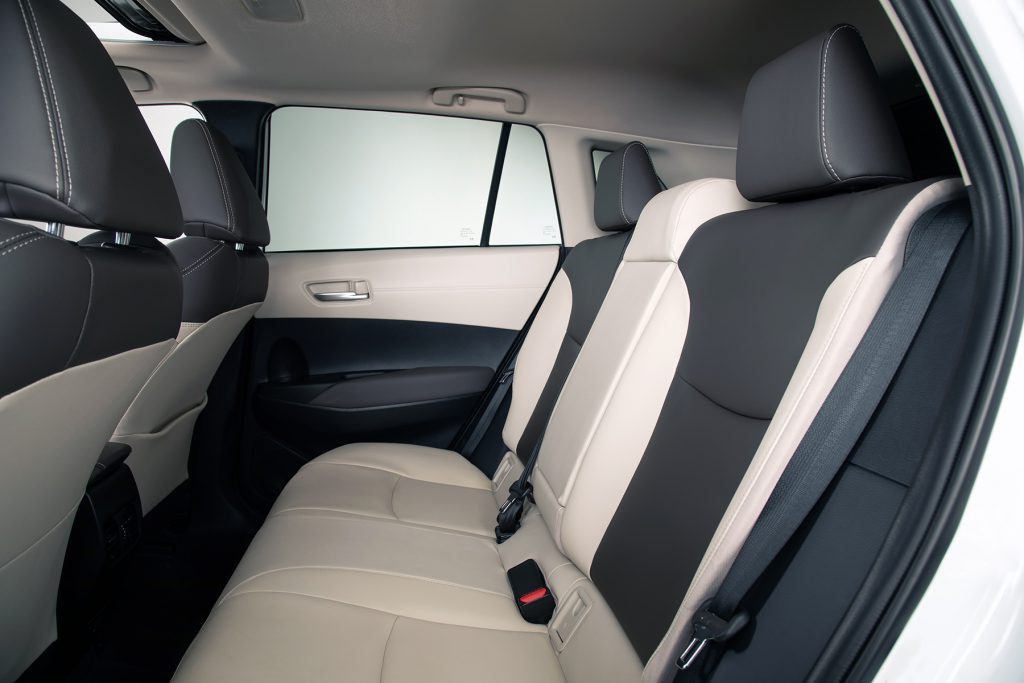 The Corolla Cross’s cargo volume is quite generous for the class, though there’s a pronounced step in the cargo floor when the rear seat backs are folded that could make it difficult to load large items.

The destination charge is $1215 across the board, and all trim levels are available with Toyota’s part-time Dynamic Torque Control all-wheel-drive system for an additional $1300. The system can direct up to 50 percent of the engine’s available torque to the rear wheels when it is needed. AWD models also get a fully independent rear suspension—the front-drivers use a torsion-beam rear axle. 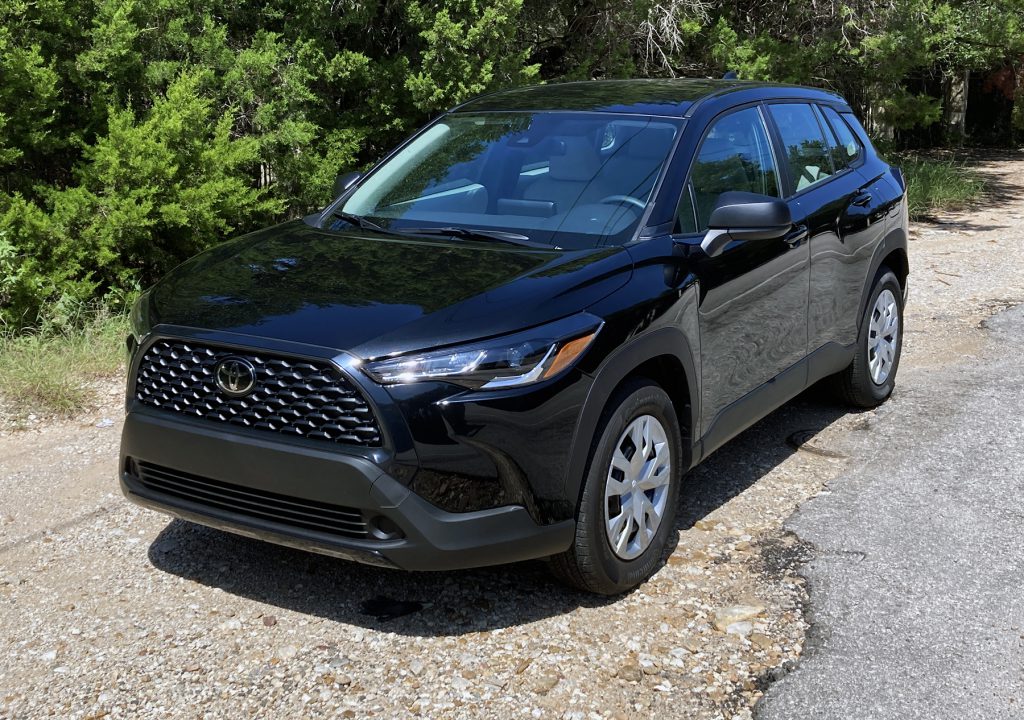 Options on LE models include an Audio Plus package with a JBL-branded 9-speaker stereo for $1465 and a Moonroof package with a cargo-area tonneau cover for $940. The XLE is also offered with the $1465 Audio Plus upgrade, along with a $1250 Convenience Package that bundles the moonroof with a power rear liftgate. The XLE can also be optioned with a $615 adaptive front lighting system that includes auto leveling.

At the Corolla Cross’s press-preview event in Austin, Texas, we were able to get a solid sampling of the entire model lineup, with seat time behind the wheel of front-drive L and LE models and an all-wheel-drive XLE.

In some other global markets, Toyota offers a gas-electric hybrid version of the Corolla Cross, which is slated to make its way to our shores in the near future, probably as a 2023 model.

For now, however, all Corolla Crosses are powered by a naturally aspirated 2.0-liter 4-cyinder engine rated at 169 horsepower. The only available transmission is a unique “Direct Shift” CVT automatic that, unlike the typical CVT, uses a physical first gear for quicker off-the-line starts. Power is adequate, and the CVT makes the most of what’s available. Unfortunately, when the transmission needs to summon more power for climbing a steep hill or merging onto the highway, a lot of engine noise is generated as well. EPA fuel-economy numbers are class competitive: 31 mpg city/33 highway/32 combined with front-wheel drive, and 29/32/30 for the AWD models. 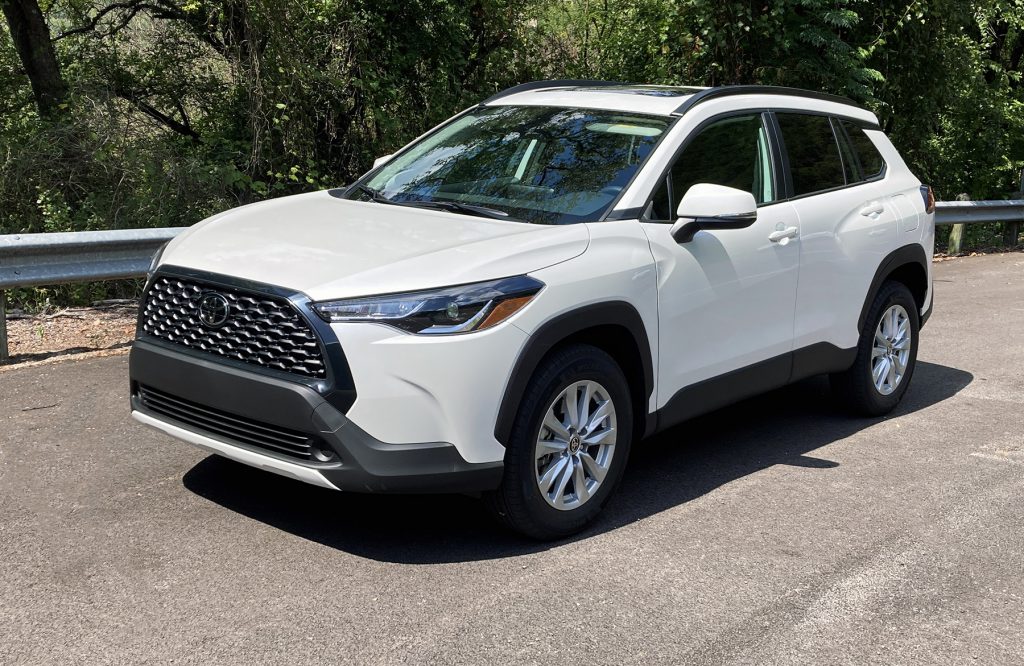 The Corolla Cross rides smoothly, with a pleasing blend of comfort and control. Body roll is well checked in the corners, and the suspension does a fine job softening bumps. It’s not really sporty, but the Corolla Cross is enjoyable to drive. Our only gripe on the road is that all-wheel-drive models feel a bit heavy on their feet, and aren’t quite as spritely as the front-drivers.

The front doors open wide and offer easy access to the seats. The seats are positioned high off the floor for an SUV-style seating position, and we found them very comfortable. We were pleasantly surprised by the generous range of fore/aft adjustability—we didn’t need to push the driver’s seat all the way back to comfortably accommodate our 6’2” frame. Headroom is also ample, even under the optional moonroof’s housing.

The L and LE models have a traditional instrument cluster with a 4.2-inch multifunction display screen taking up the right-hand section. The top-line XLE gets a different cluster with a larger 7-inch display screen at its center. Unfortunately, the attractive clusters are placed behind a shiny clear panel that is quite susceptible to glare, which frequently made it very difficult to read the gauges on a sunny Texas day. Small controls are easy to reach and understand, and we appreciated that LE and XLE models have an easily accessed wireless charging pad in the cubby bin forward of the shifter. 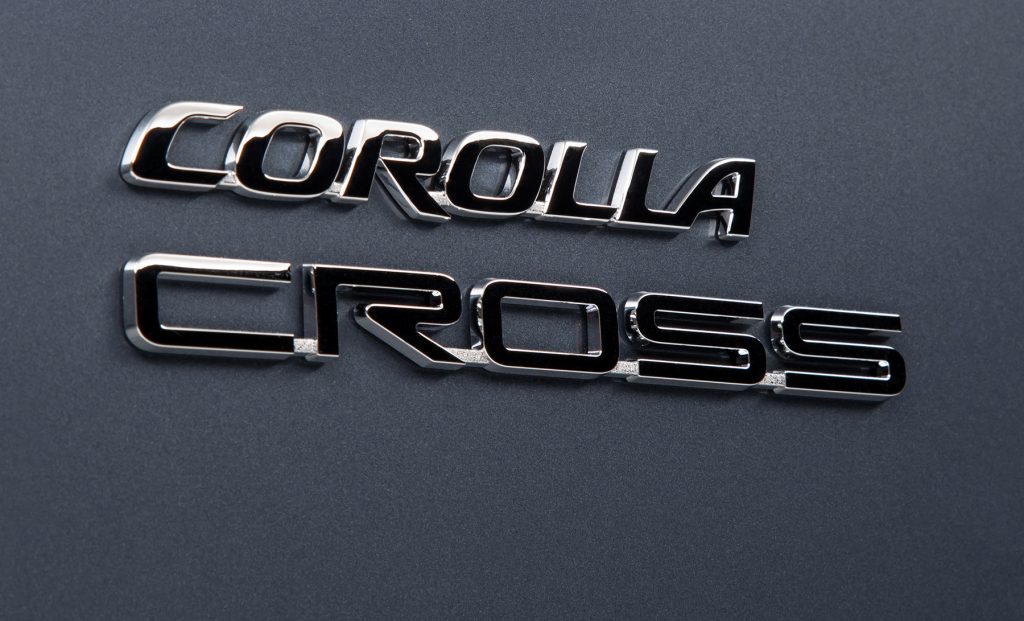 With the Corolla Cross, Toyota is capitalizing on the solid reputation and excellent consumer recognition of its long-running Corolla nameplate.

In keeping with small-Toyota tradition, the Corolla Cross’s interior is modestly finished, but we think it’s handsome—even in the base L model. The standard light-gray trim adds brightness to the L’s otherwise dark interior, and seats are covered in nicely textured cloth that’s accented with stitch detailing for some unexpected visual interest. The interior is further dressed up with a smattering of silvery trim. The black leatherette upholstery in our test XLE was a bit dull visually, but the material feels nice and isn’t too slippery. (If you’re shopping the XLE and want a bit more pizzazz, we suggest checking out the two-tone Macadamia/Mocha interior trim.) There are some padded surfaces scattered about in all trim levels, but closer inspection reveals quite a bit of run-of-the-mill hard plastic—including the dashboard’s top panel. Still, everything has been tastefully textured and feels sturdy. We were a bit surprised that the budget-friendly plastic steering wheel in the L model felt better in our hands than the unexceptional leather-wrapped wheels in the LE and XLE trims.

The rear doors open wide as well, and entrance to the back seat is easy. Headroom was more than adequate, but legroom was very tight for us—even without the driver’s seat pushed all the way rearward. However, there’s enough space that smaller adults and most kids should be comfortable in back.

The rear cargo area is very generous for a small crossover. Front-drive models have 26.5 cubic feet of space behind the rear seat, but this shrinks to 25.8 cubic feet with the available moonroof (the moonroof’s housing steals a bit of space in the headliner). AWD models have a higher load floor, so they have a bit smaller cargo hold at 25.2 and 24.6 cubic feet (without and with the moonroof). The 60/40 split rear seat backs fold forward easily, and when they’re folded, cargo room increases to 66.8/66.2 in front drive models and 65.5/65.0 with all-wheel drive. Of the competitors noted earlier, the front-drive Honda HR-V comes closest to the Corolla Cross, with volumes of 24.3 cubic feet behind the rear seat and 58.8 cubic feet with the rear seats folded. The others are somewhat smaller.

The fly in the ointment is that when the Corolla Cross’s rear seats are down, the resulting load floor isn’t flat. In front drive models, the step from the main floor to the seat back is substantial—about 4-5 inches, we’d estimate. The step is somewhat shorter in the AWD Corolla Crosses (due to their higher load floors), but it’s still there. Built-in “ramps” at the base of seat backs smooth that step, which should help large boxes and suitcases and such slide up onto the folded seat backs, but pushing heavy items past it might still be a challenge. We’ll be sure to report on this when we test a Corolla Cross on our home turf.

Despite a few shortcomings, the Corolla Cross is something of a “no-brainer” product for Toyota that seems almost pre-ordained for marketplace success. It’s a workaday small SUV that should sell well simply on the virtues of its conventional layout, the satisfyingly solid structure and composed driving personality of the TNGA architecture, and Toyota’s reputation for reliability. Time will tell if the Corolla Cross nameplate will stick around for another 50-plus years. 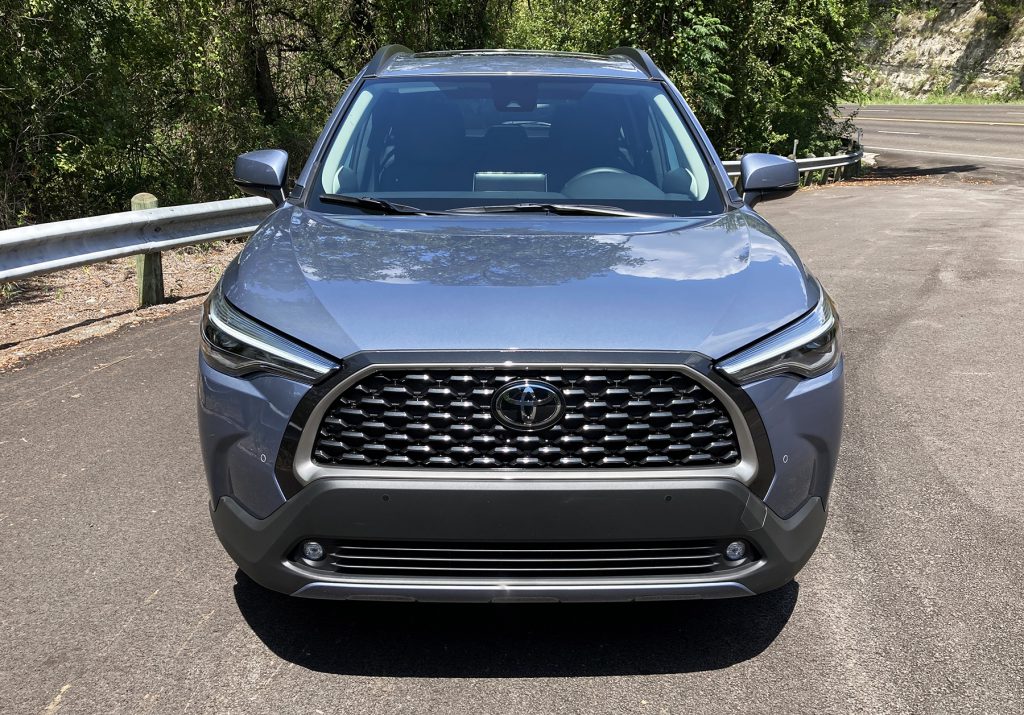 The Corolla Cross is a thoroughly conventional subcompact SUV. It excels as a practical everyday runabout that packs a respectable amount of cargo space and versatility into its urban-friendly exterior dimensions. 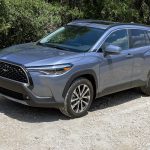 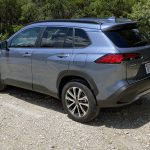 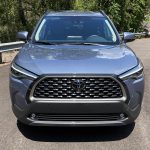 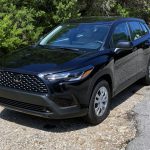 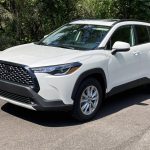 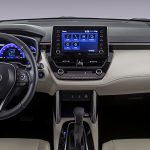 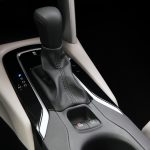 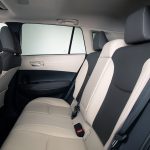 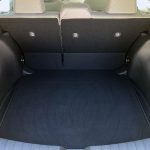 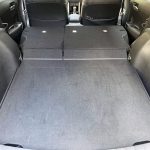 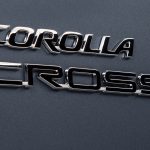 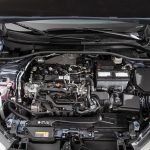