Due in showrooms this fall, the 2015 Ford C-Max Energi Kingsford Edition captures heat energy normally lost when grilling, and uses it to charge the on-board battery.

The C-Max Energi Kingsford Edition joins a lineup that already includes the C-Max Hybrid and the plug-in hybrid C-Max Energi. 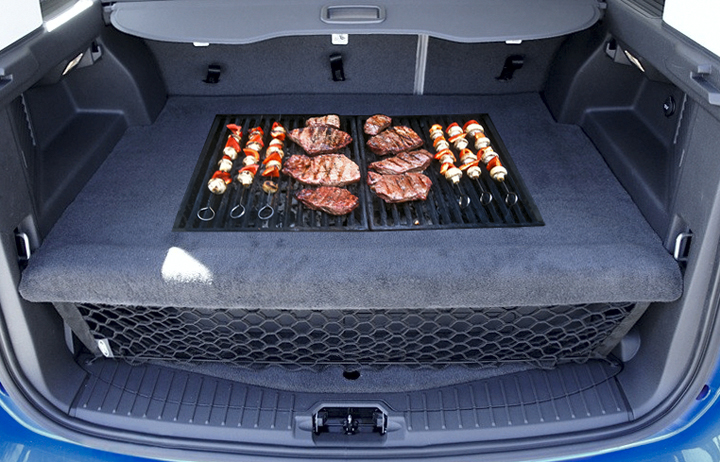 The C-Max Energi Kingsford Edition grill slides out for easy cleaning and to reveal handy briquette storage bins. The BBQ system transfers as much as 600mA of energy into the EKE’s lithium-ion battery that would otherwise be lost as heat.

“We’re proud to be taking the next logical step in the evolution of efficient motoring,” noted C-Max Kingsford Edition project manager Bernie Embers, adding, “Henry Ford would be proud, too.”

Equipped with an in-vehicle charcoal grill, the C-Max Energi Kingsford Edition (EKE) is engineered to capture heat energy typically lost in the barbequing process to help charge the hybrid battery.

Developed with the aid of the Kingsford engineering team, the C-Max EKE’s Briquette Battery Quantum-charge system (BBQs) employs what’s known as the Peltier effect, a thermoelectric process by which temperature differences are directly harnessed as electricity.

It’s worth noting that Ford Motor Company founder Henry Ford invented the charcoal briquette and subsequently founded Kingsford as a means of utilizing scrap wood created in the process of building the Model T.

Noted Embers, “As the briquette was created from wasted wood, the C-Max Energi Kingsford Edition will be powered, at least in part, by the heat normally wasted grilling a brat.”

Per Ford, the BBQ system will salvage up to 600mA of power at full grilling temperature–enough power, according to Embers, “to power the car stereo during your barbeque, if you don’t turn the volume up too high.” 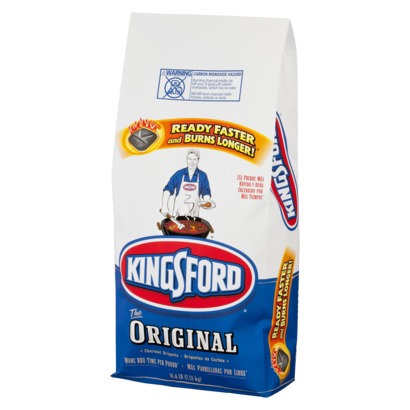 Read: 99 MPGe? What That Means, And Why the Number Is So High