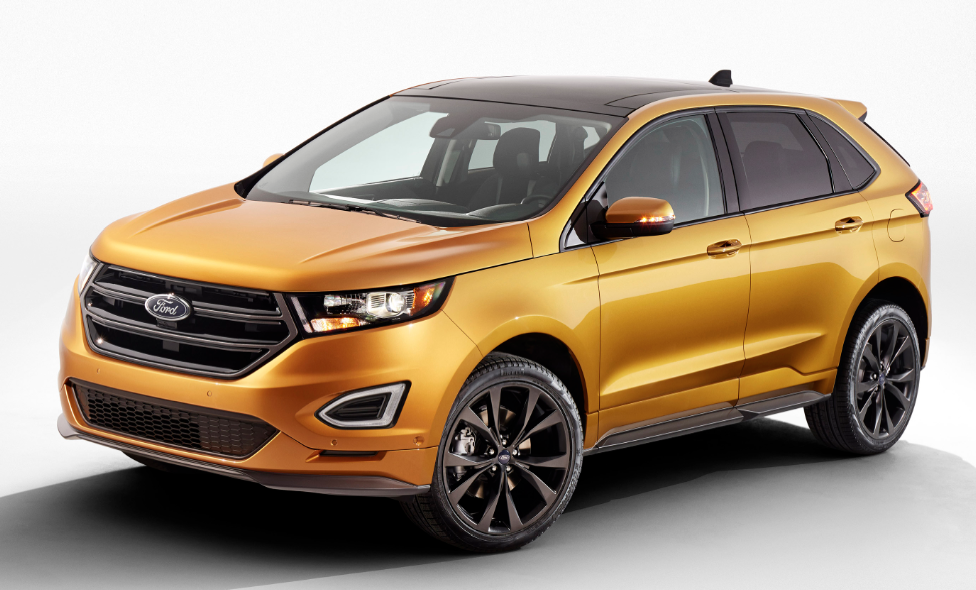 Since its introduction for 2007, the Edge has been a popular member of Ford’s three-vehicle midsize crossover lineup. Although it’s the smallest and least expensive of the trio, the company says it attracts a somewhat upscale audience. And that’s what Ford is aiming to keep with a slick redesign that adds a stronger engine choice, an upgraded interior, and more high-tech features – including one that’s an industry first.

Although the new Edge won’t go on sale until early next year and is not yet available for testing, Ford recently revealed it along with many of its features, though engine specs and fuel-economy ratings are being kept close to the vest. We did learn, however, that the formerly optional 2.0-liter EcoBoost 4-cylinder turbo becomes the base engine for 2015. Last year, it was available only with front-wheel drive, but Ford says revisions for 2015 allow it to not only be offered with all-wheel drive, but also an optional 3500-lb towing package. The whole idea of this engine is to provide V6 power with 4-cylinder fuel economy, and we’ve been impressed with earlier versions, which fulfilled that mission quite well. Still available will be the formerly standard 3.5-liter V6. New to the lineup is a 2.7-liter EcoBoost V6 turbo that is expected to be the powerhouse of the bunch. It will be standard in a Sport model that also includes performance-oriented suspension and tires. All engines come only with a 6-speed automatic transmission. 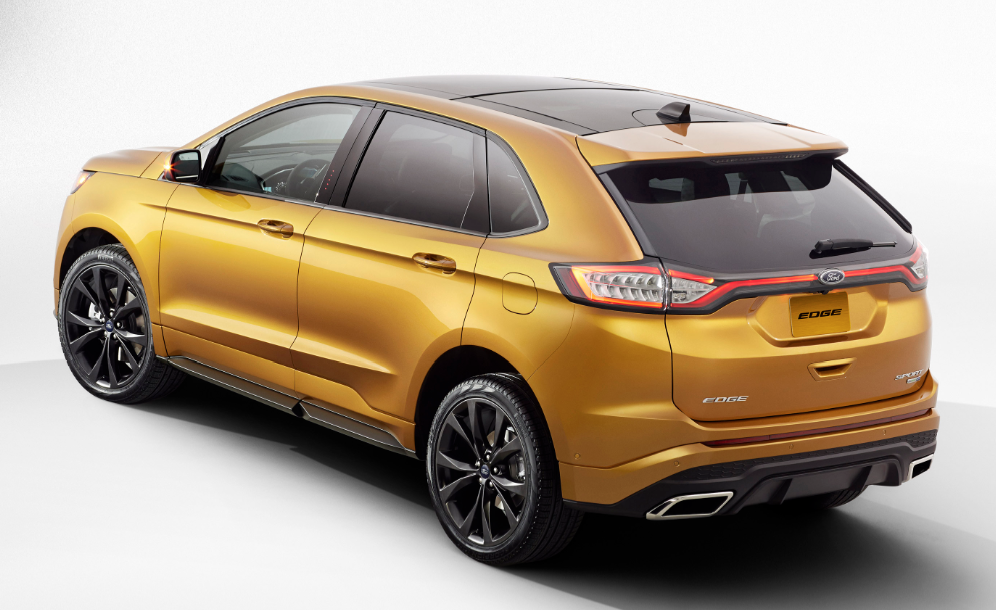 Although the current Edge is no slouch in the interior-materials department, the new one adds some bright touches that help enliven the look. But the real interior attraction comes in the form of a slew of new high-tech features. Edge will offer the full slate of Ford’s infotainment technologies, along with comfort/convenience items such as heated and cooled front seats, heated rear seats, Park Assist automatic parallel parking, and an auto-opening tailgate that raises when your foot is swiped under the rear bumper (already offered on Ford’s compact Escape). Also new are several “active” features, including adaptive cruise control and collision warning with brake interaction, along with inflatable rear safety belts.

Read our review of the 2014 Ford Edge here

But it was two other new features that really caught my eye. One is a 180-degree front view camera that can be turned on with the simple press of a dashboard button. (Some high-end vehicles offer this, but it’s usually a multi-step process to turn on the camera – which kind of defeats the purpose.) This safety feature allows you to see cross traffic when pulling out of a blind alley or between two vehicles. (Rather oddly – and unfortunately – the rearview camera still only “sees” in a 135-degree arc. Most are now 180-degree cameras, which allow you to see both ways down the aisle when you’re backing out of a parking spot.)

Ford promises the new Edge will arrive with a richer looking cabin that has higher grade materials and a more upscale feel.

Yet my favorite is a high tech … steering wheel. No kidding. It incorporates a small motor and a set of gears that “quicken” the steering ratio at low speeds. For instance, if you’re pulling into a parking space and turn the steering wheel half a turn, the motor and gears add to that motion and turn the steering shaft ¾ of a turn. At higher speeds, it reverts back to normal so the steering doesn’t feel “twitchy.” It’s the first such system I’ve seen, and although we didn’t get an opportunity to put it to the test, a video showed it in action. It will debut on the Edge Sport (and likely be offered in some upper trim levels as well), and since it’s essentially self-contained, it will probably find its way into other Ford vehicles in the near future. 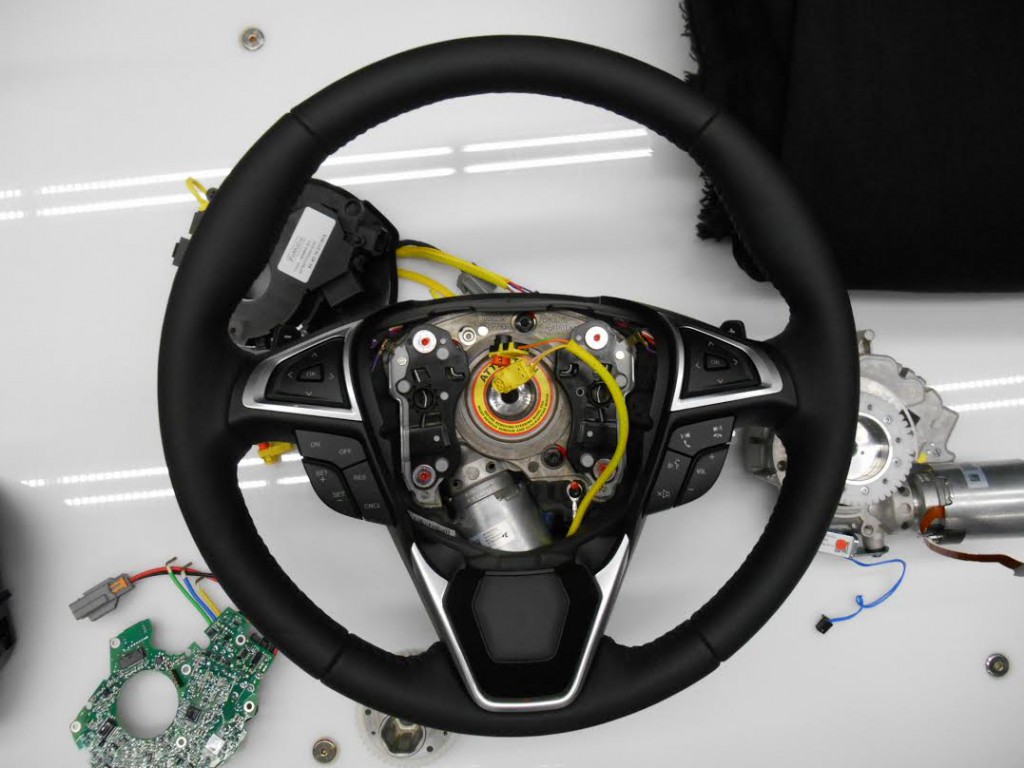 Midsize crossovers can be cleanly divided into those having just two rows of seats and those that offer three, and the Edge is the only one of the Fords in that segment (which also includes Flex and Explorer) with just two. But the company says that’s what makes Edge more popular with young couples and empty-nesters who don’t need the seating capacity. And though competition in that class is fierce, it appears the finely honed Edge will likely remain a midsize favorite.