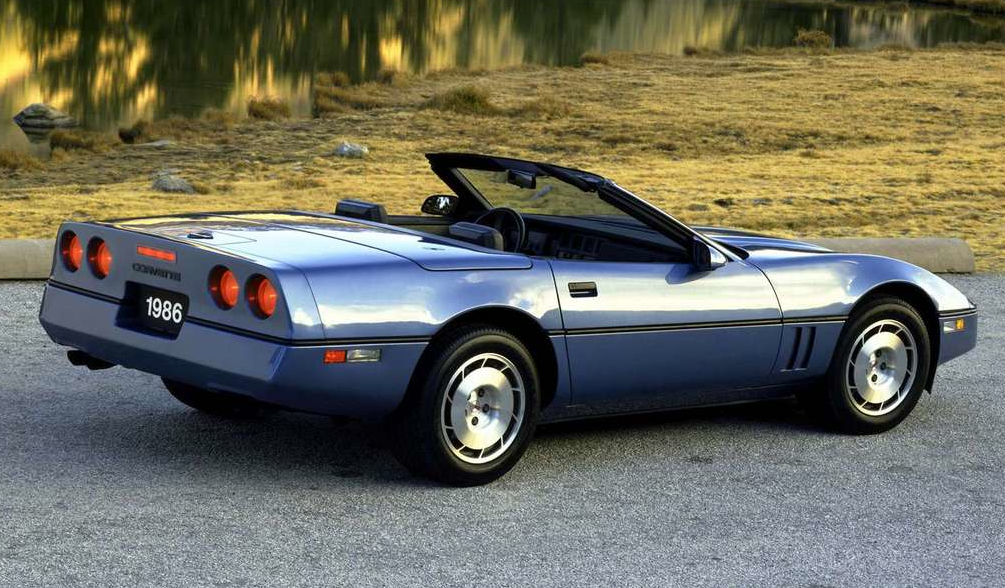 The fourth generation of “America’s Sports Car,’ known casually as C4, was rolled out for the 1984 model year. Most Corvette fans are well acquainted with the C4 cars, as they represent one of the biggest technological leaps forward in the car’s long history. Here we track the year-by-year changes to the C4 ‘Vette, and pass along a few fun facts along the way. 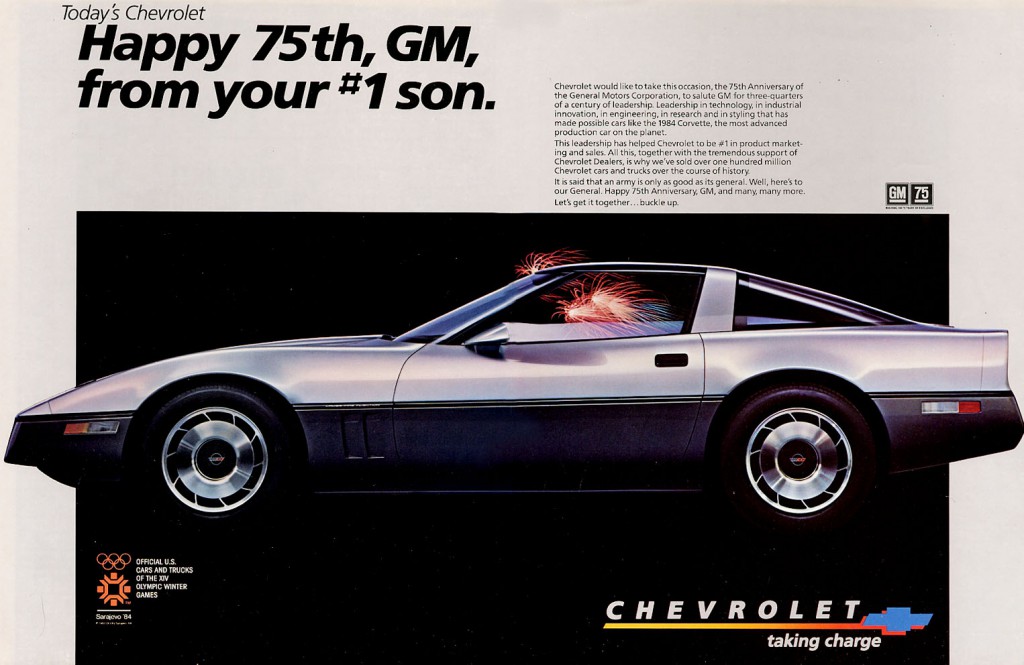 If someone tells you they have a 1983 Corvette, they may not be lying. Chevy built 47 ‘Vettes with 1983 serial numbers, none of which made it to a dealership. The last known ’83 resides at the Corvette Museum, in Bowling Green, Kentucky. 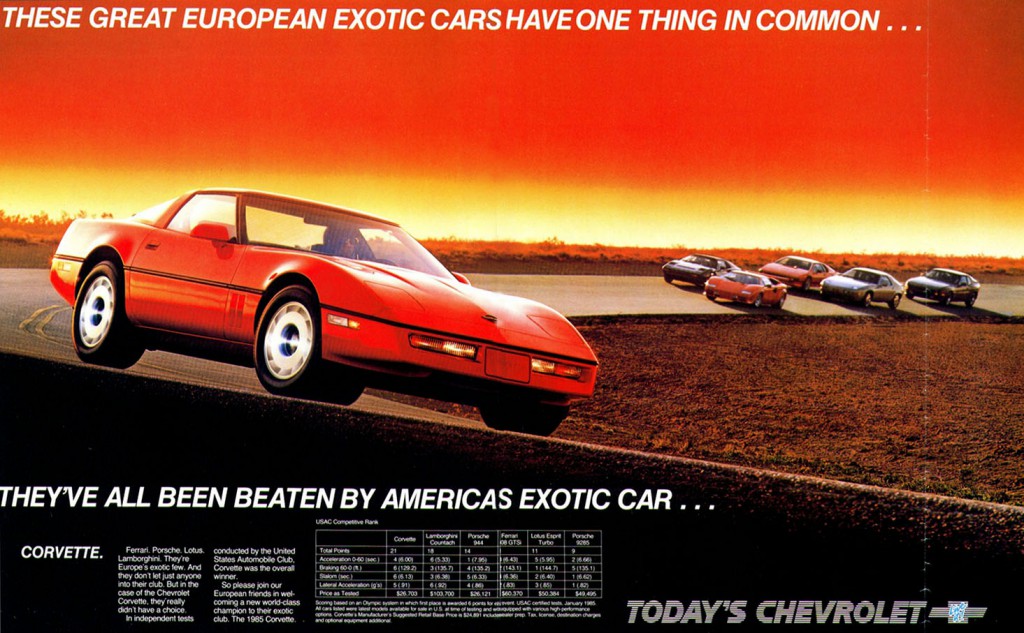 The “C4” was the longest and widest Corvette to date. Compared to the 1953 original, the new Vettes were almost 10 inches longer, four inches wider, and about 400 pounds heavier. They were also about $20,000 more expensive. 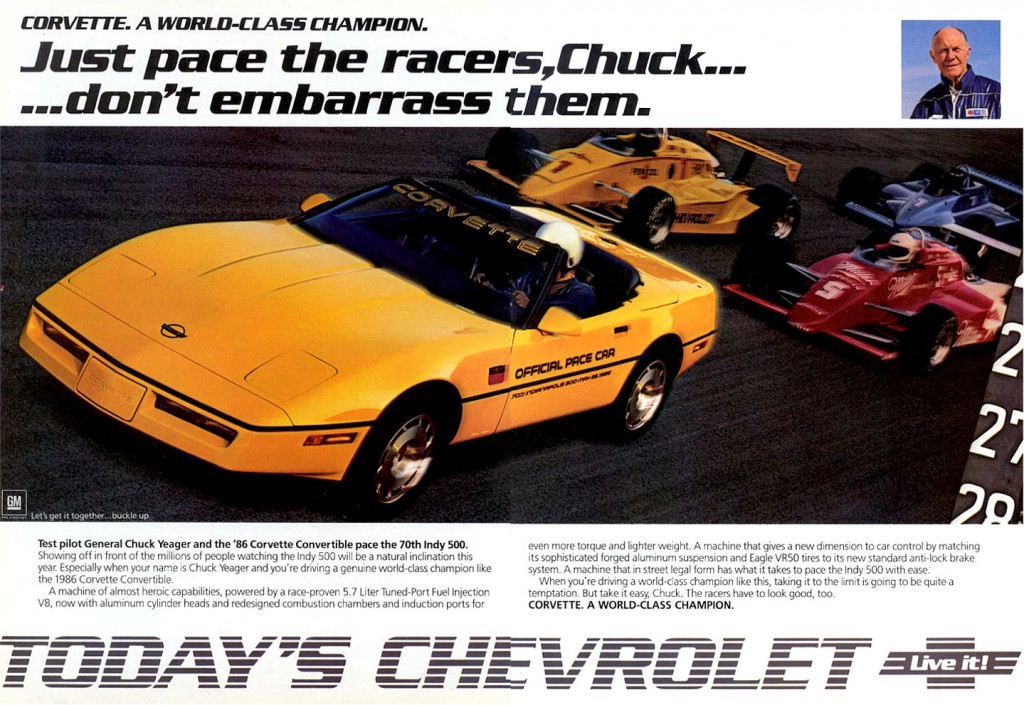 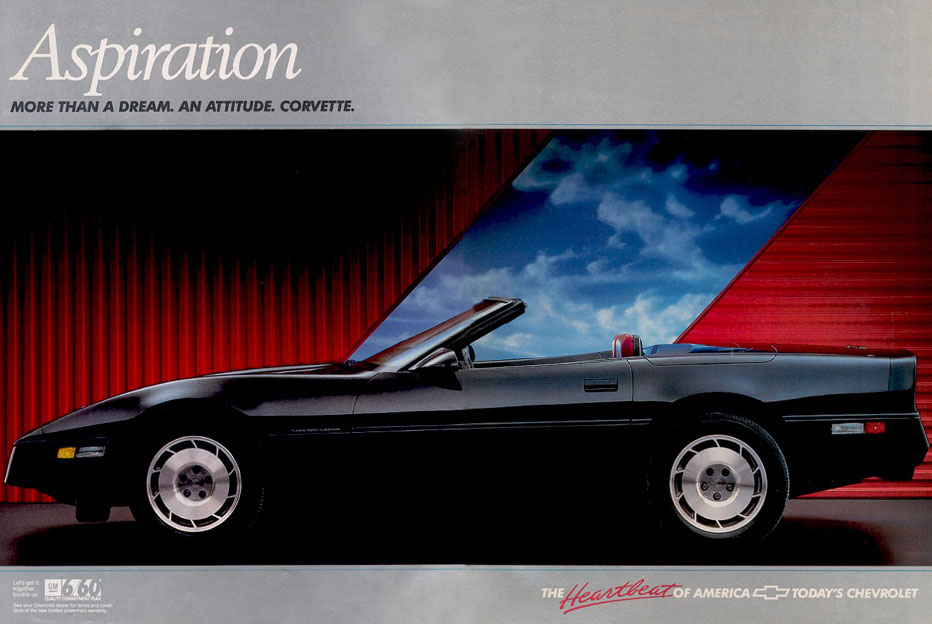 Apparently there was room at General Motors for two V8-powered two-seat sports car. New for 1987, the Cadillac Allanté boasted a Pininfarina-designed body, 170-horsepower and a sobering $54,700 price tag. 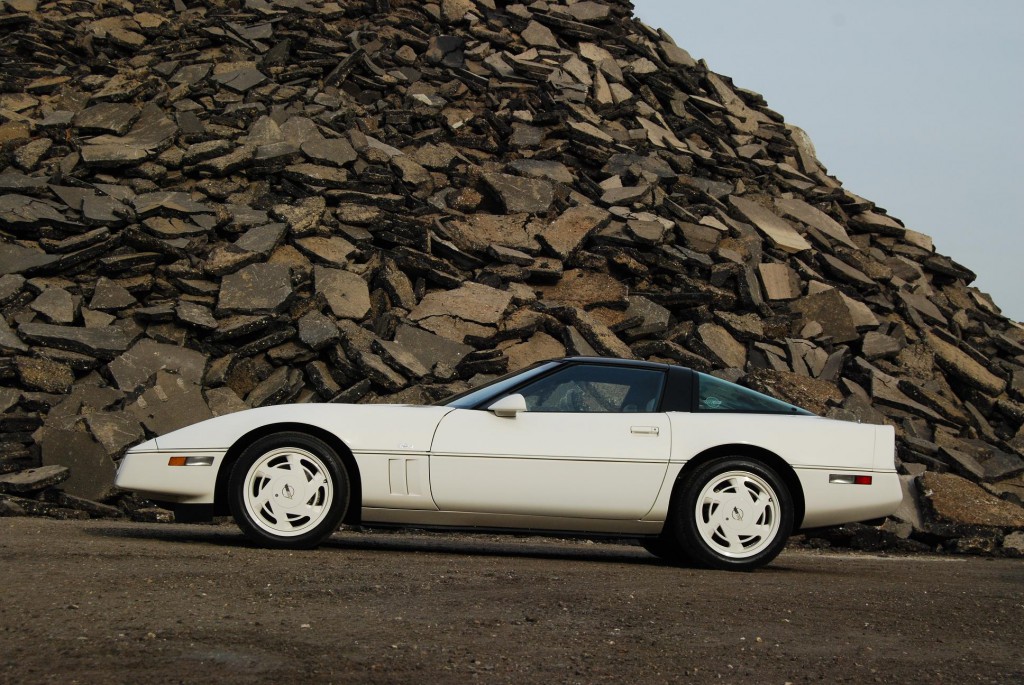 Just 700 1988 Corvettes were ordered without the power driver’s seat, a distinction that makes them more bizarre than collectible. Known for its kidney crushing effect on ride quality, the Z51 suspension package could be had for $1295. 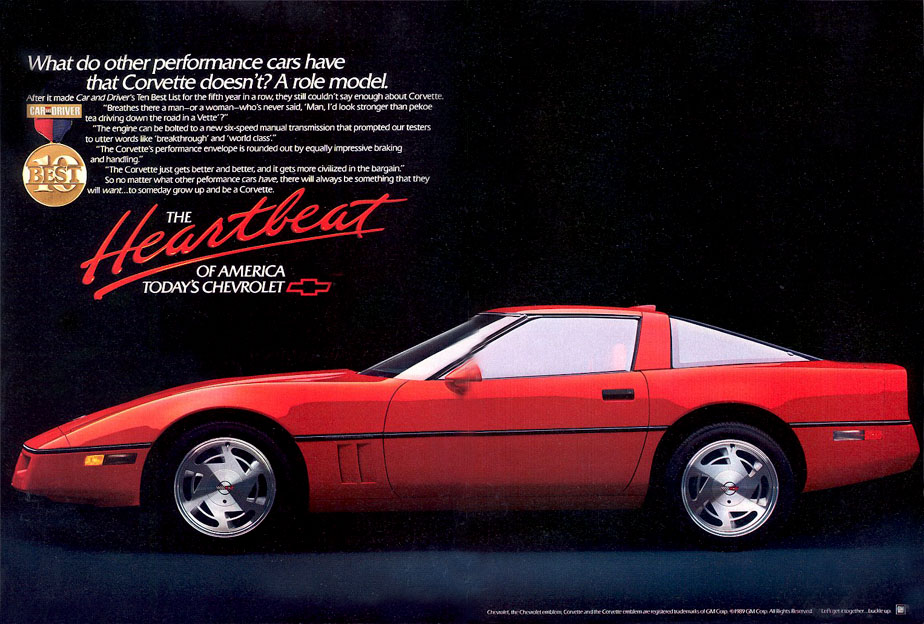 Though still a model year away from official production, 84 of the brutal ZR1 “Corvettes From Hell” were built for photography and press evaluation. Legend has it that none made it into consumer hands. 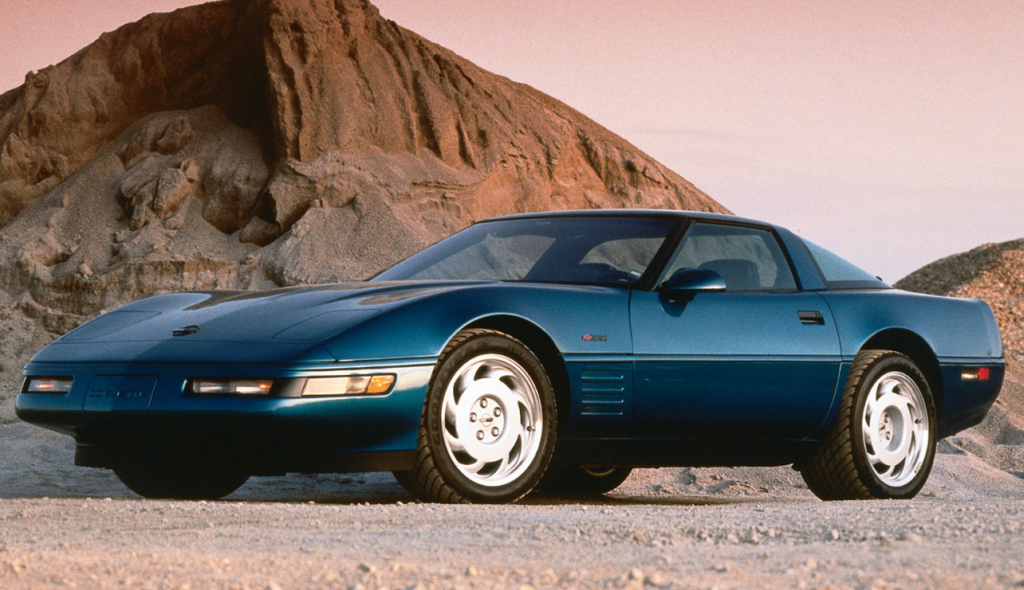 Not only did 1990 bring Corvette its first over-head cam engine as part of the ZR1 package, but also its first factory CD player as well. The in-dash player came only as part of the $1,219 Delco Bose audio system. 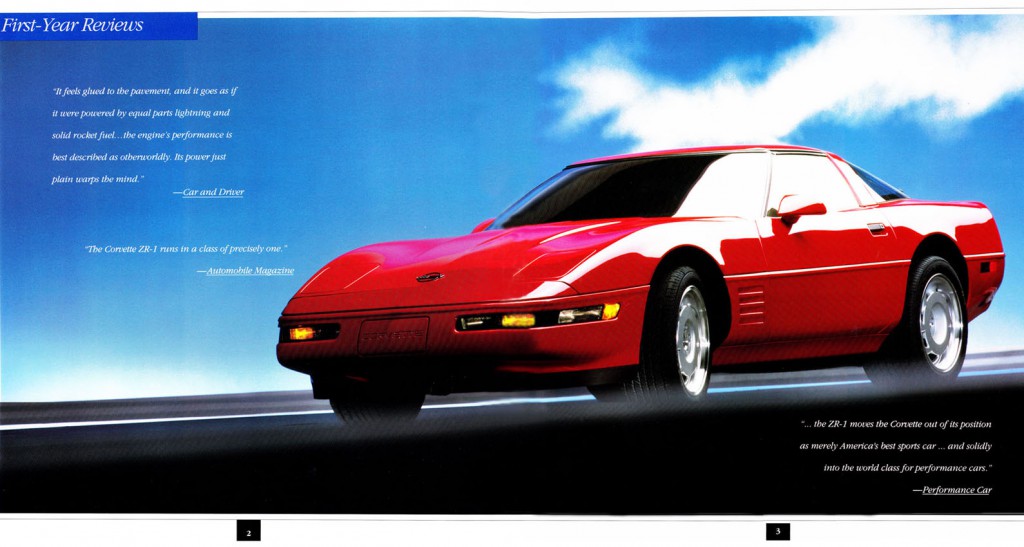 Corvettes were among the first domestically produced vehicles to sport speed-rated tires. The ‘Vette’s “Z-rated” Goodyears were designed for sustained travel at speeds in excess of 149 mph. Tell that to the judge. 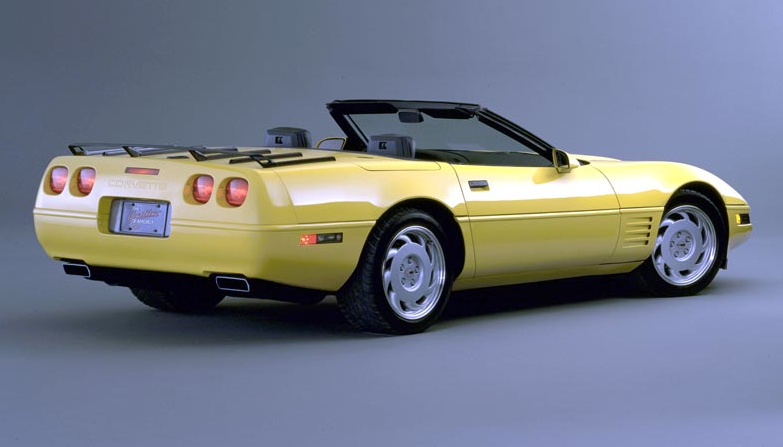 It took about forty years for the millionth Corvette to come rolling off the assembly line. Like production car number one, the landmark sports car was white with a red interior. You can visit the Millionth ‘Vette at the Corvette Museum. 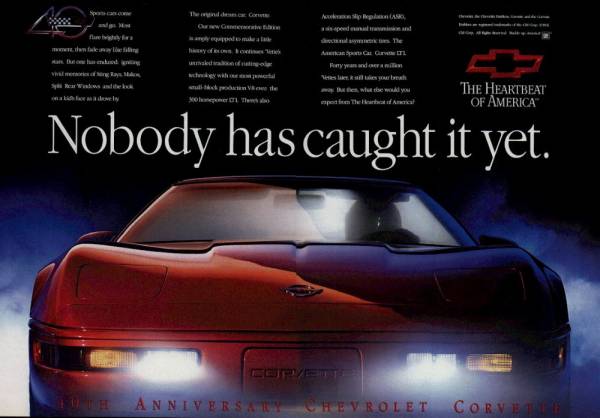 After the $31,683 ZR1 Special Performance Package, the most expensive 1993 Corvette option was the Z07 Adjustable Suspension Package. Only had $50 to spare? Try the G92 3.15 axle for a little extra squirt off the line. 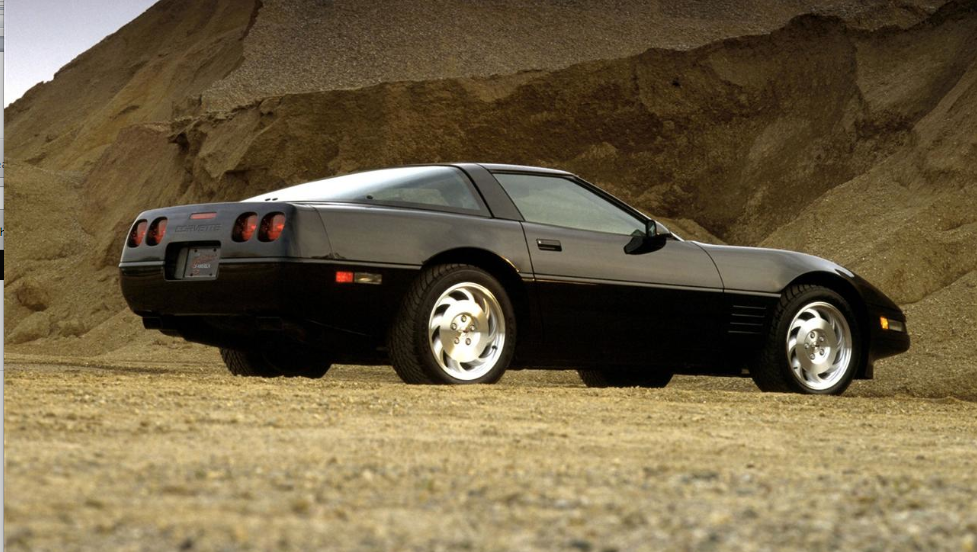 The National Corvette Museum opened its doors in 1994. In addition to the ‘Vette museum and factory, Bowling Green Kentucky is also home of Mammoth Cave and the Mammoth Cave Wax Museum.

“Run-flat” tires were becoming a popular option. The tires added only $70 to the window sticker, but had a reputation for making the ‘Vette’s already firm ride even less comfortable. 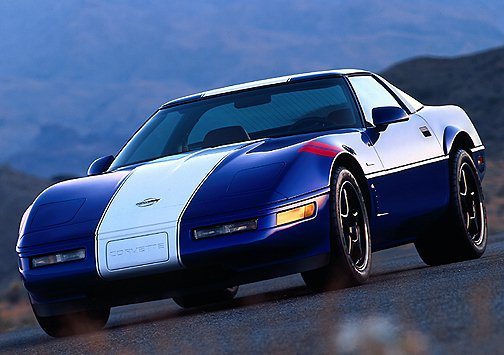 Chevy offered a removable hardtop to help Corvette convertible owners cope with off-season weather, but at $1995, most buyers passed. Of the 4369 ragtops sold in ’96, only 429 came with the optional top.