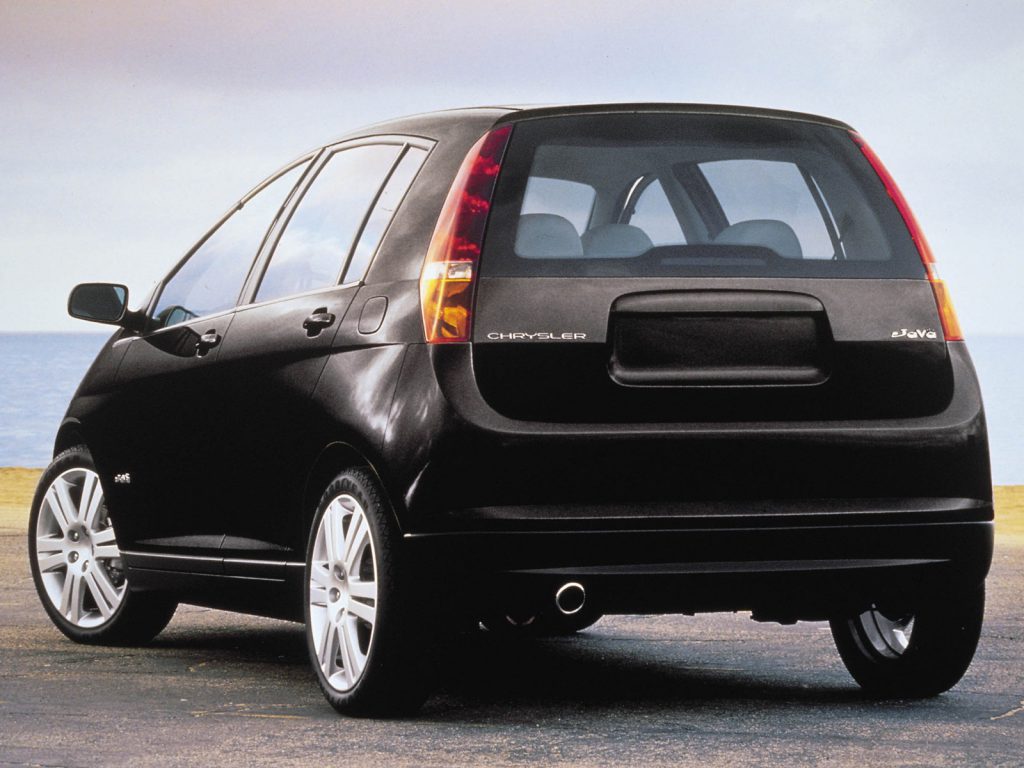 Details: Per Tom Gale, Executive Vice President of Chrysler Product Development, Design and Passenger Car Operations,  “Java features what we call ‘Passenger Priority Design’ with tall architecture and panoramic seating for driver and passengers, allowing higher H-points to give them more of an in-control feeling compared to other small cars.  In fact, the rear passengers are sitting higher than the front passengers, creating an automotive form of theater seating.”

Chrysler said the Java Concept boasted more cabin space than the production PT Cruiser, though at 148 inches long, it was fully 22 inches shorter in overall length than the PT. The Java was powered by an 80-horsepower 1.4-liter 4-cylinder engine mated to a 5-speed manual transmission. Chrysler claimed the tiny 4-door could accelerate to 60 mph in 12.9 seconds and reach a top speed of 105 mph.

The Java’s cabin was finished in leather and light-finish wood for an airy, upscale feel. Thin roof pillars contributed to what Chrysler promised was an airy-feeling cabin, and would also have allowed for good outward visibility. 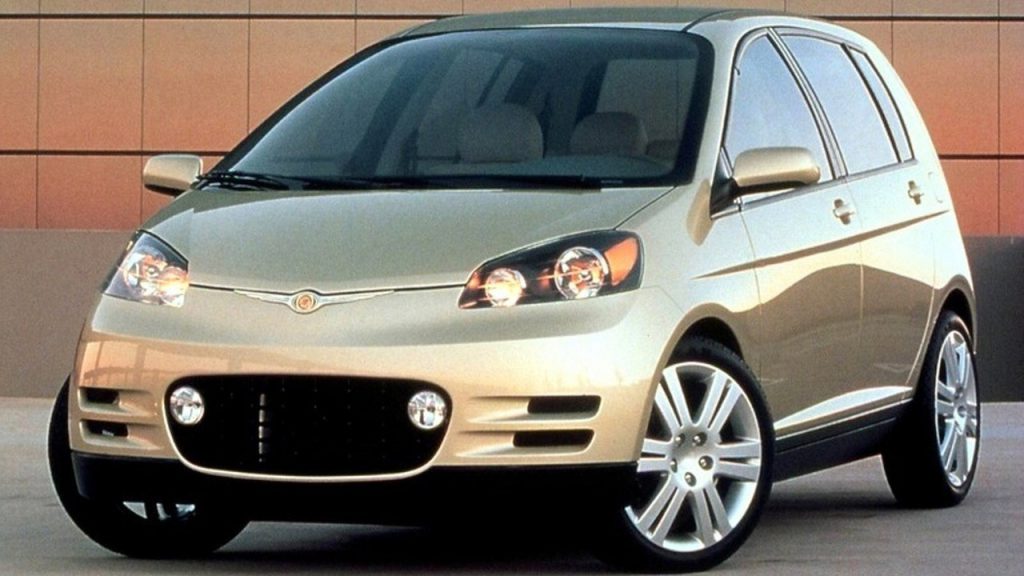 CG Says: There is little more refreshing than a concept car that is designed around a single theme–in this case space efficiency. Clearly intended for a European audience–A similar U.S.-market concept would likely have been badged Plymouth or Dodge, and probably would have promised more power–the Java never saw production, but it did prove predictive of future small-car design. Subsequent generations of subcompact cars from competitive automakers would borrow the Java’s short overhangs and high roof in the name of greater space for occupants–generally to good design effect.

Now that Chrysler is out of the small-car business, save for the few Fiat models it retails here, the Java may seem obsolete. But its simple, clean design is worth considering, even if the double-strake front-fascia treatment seems a little heavy-handed on this otherwise clean-looking car.

Though the Java’s primary design tenets were not exactly radical, they were well implemented, and the concept likely played a role in influencing future small cars. The 2020 Chevrolet Spark (left) and Volkswagen Polo both feature relatively high roof lines and and extremely short overhangs, as seen on the Java a couple of decades earlier.