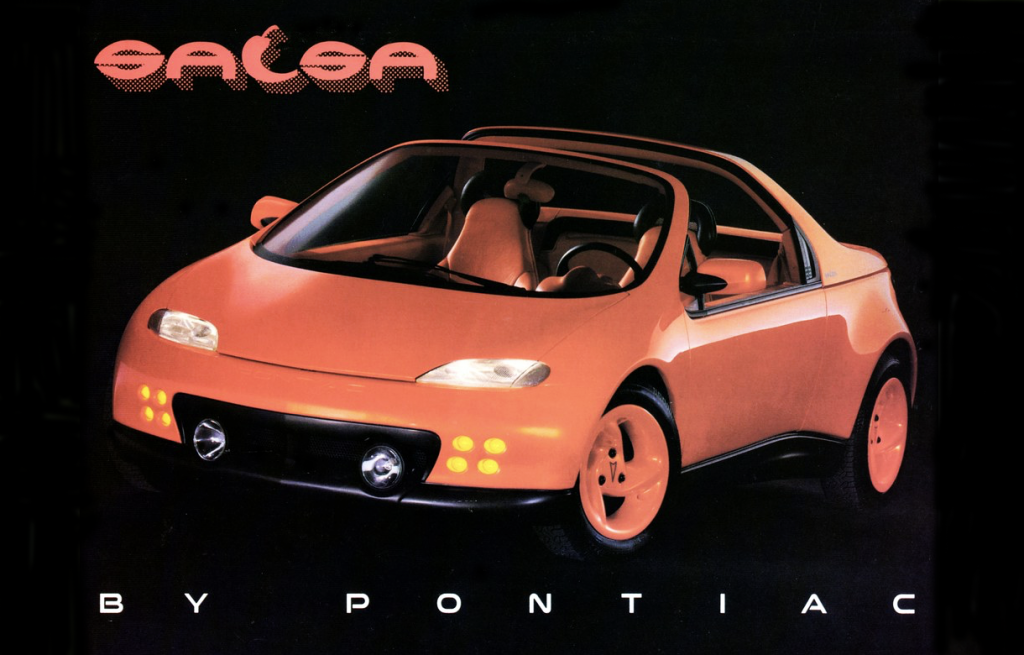 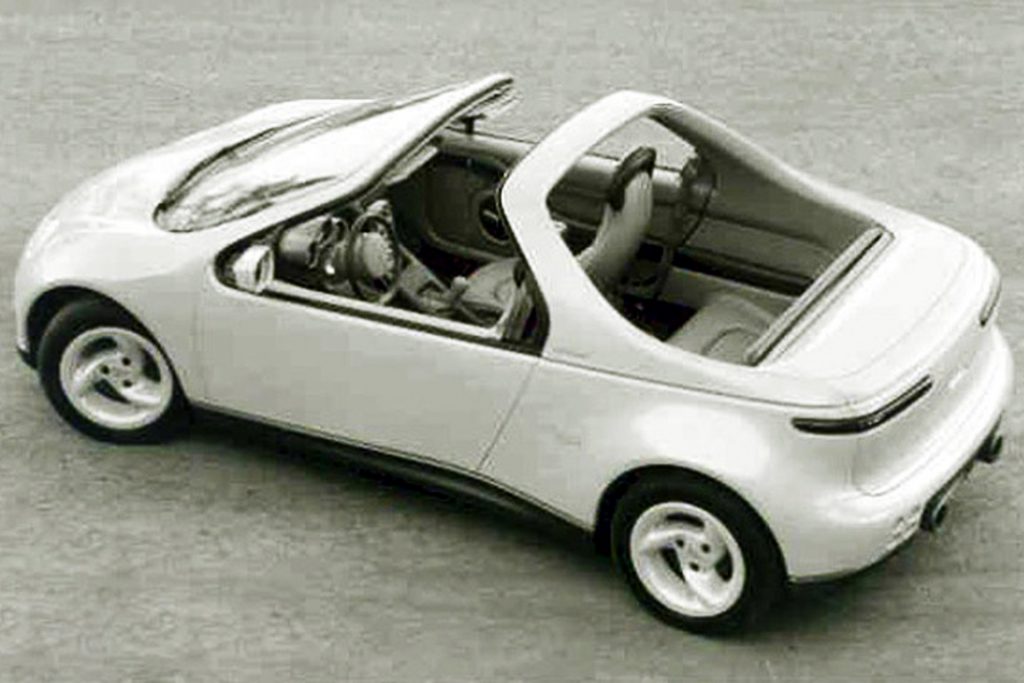 Description: Configurable compact 2-door that can be owner converted from a targa-style roadster to a station wagon or a panel van.

Sales Pitch: “Salsa has a fun-loving, multi-faceted personality that fit its California heritage.” 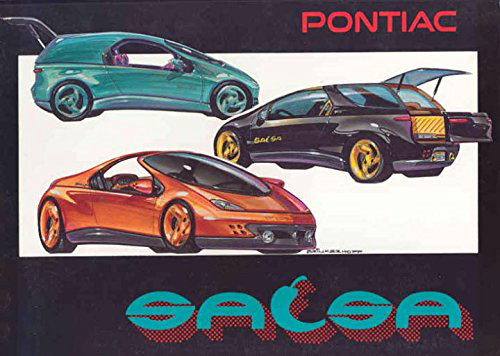 Details: An automotive Swiss Army knife of sorts, the 1992 Pontiac Salsa concept was almost certainly inspired by the Nissan Pulsar NX, a sporty subcompact coupe which, with the swap of the rear hatch assembly, became a practical wagon. Designed by the General Motors Advanced Concept Center–which created the GMC Granite Concept and the Pontiac Solstice–the Salsa outdid the little Nissan by offering three configurations as well as an expandable rear-floor assembly.

To enjoy the Salsa as a convertible, an owner would remove the canvas top and whatever rear cap might have been in use at the moment. Thanks to a pull-out rear panel, a an open-air Salsa could be converted into a mini pickup truck by folding the rear seat backs into the floor. Two rear-cap options allowed the Salsa to be easily converted into a station wagon or a panel van as needed. Pontiac claimed that the Salsa would seat up to five folks in convertible and wagon guise, a claim we regard as dubious. Pontiac offered no information regarding the Salsa’s powertrain or architecture, though it’s safe to assume that a production version would have featured front-wheel drive and 4-cylinder power. 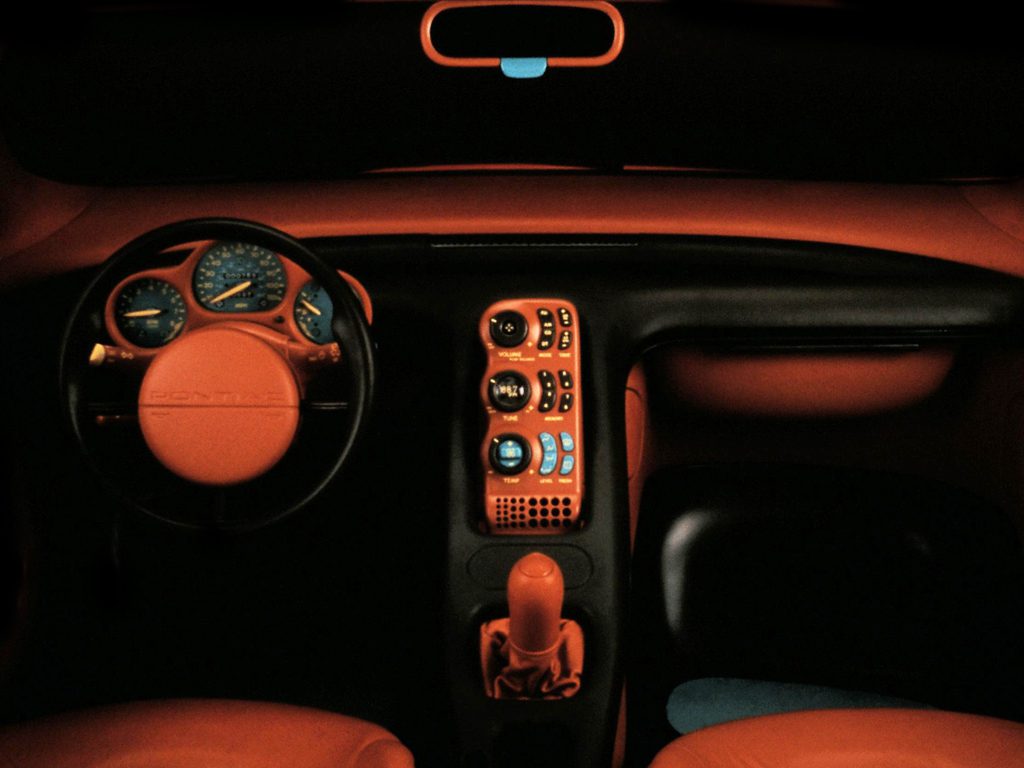 CG Says: By the end of the 1980s, GM’s Excitement Division was a bit light on vehicles with youth appeal. Pontiac needed a car that broke with its recent design tradition, and could be produced affordably. Equal parts second-generation Nissan Pulsar NX (1987-1988) and Honda Del Sol (1993-1997), the Salsa might have helped Pontiac court a new generation of young, entry-level buyers. Sadly, the Salsa was not to be, nor were any of the concept’s innovative features applied to production Pontiac models. Pontiac’s next concept car, the Sunfire Speedster, was a decidedly more high-performance-oriented vehicle, and lacked the practical versatility of the Salsa, and likely its potential affordability. The Sunfire did, however, forecast the styling of Pontiac’s next-generation compact cars. 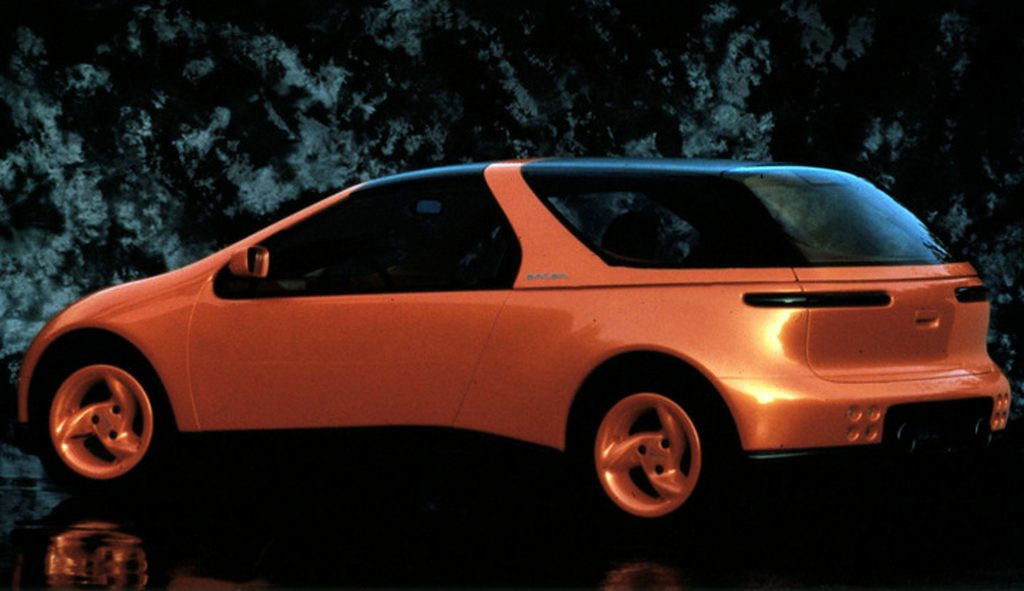