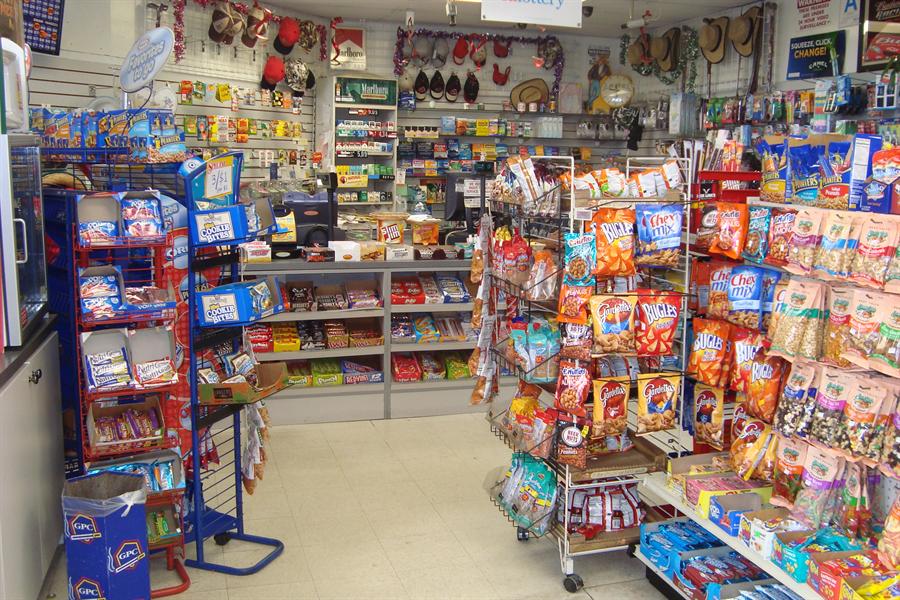 If all you see is pizza-flavored Combos and beef jerky, you’re just scratching the surface. Tom checks out the shelves in back. Here’s what he found.

Before I myself began working at a gas station, I spent a couple of years doing grunt work at a local mom-and-pop drug store. It was a pretty big store for a non-chain establishment, and I learned a lot while sweeping floors and stocking shelves.

At some point during my time at Plum Grove Drugs, I asked the owner about all the odd, seemingly incongruous merchandise he stocked. “This isn’t a drug store,” he replied, “It’s a variety store with a pharmacy.”

Plum Grove Drugs has since disappeared from the retail landscape, but I can’t help thinking that my boss there was a little ahead of his time. The gas station I would subsequently work at stocked little in the office besides cigarettes and soda. But that was a solid 30 years ago.

Most gas stations today include well-stocked mini marts, and like Plum Grove Drugs, intend to sell you something in addition to your gas. Today you still find cigarettes and soda, not to mention all sorts of salty snacks, but things can get pretty strange after that.

Having spent the last few months taking notice of the odd stuff available for sale at gas stations these days, I decided to spend this morning purchasing the oddest items I could find. As embarrassed as I was to buy a couple of these items, I take some comfort in the clerk’s utter disinterest in my most shameful purchase. Without further delay, here are the four strangest things I could find at gas stations today: 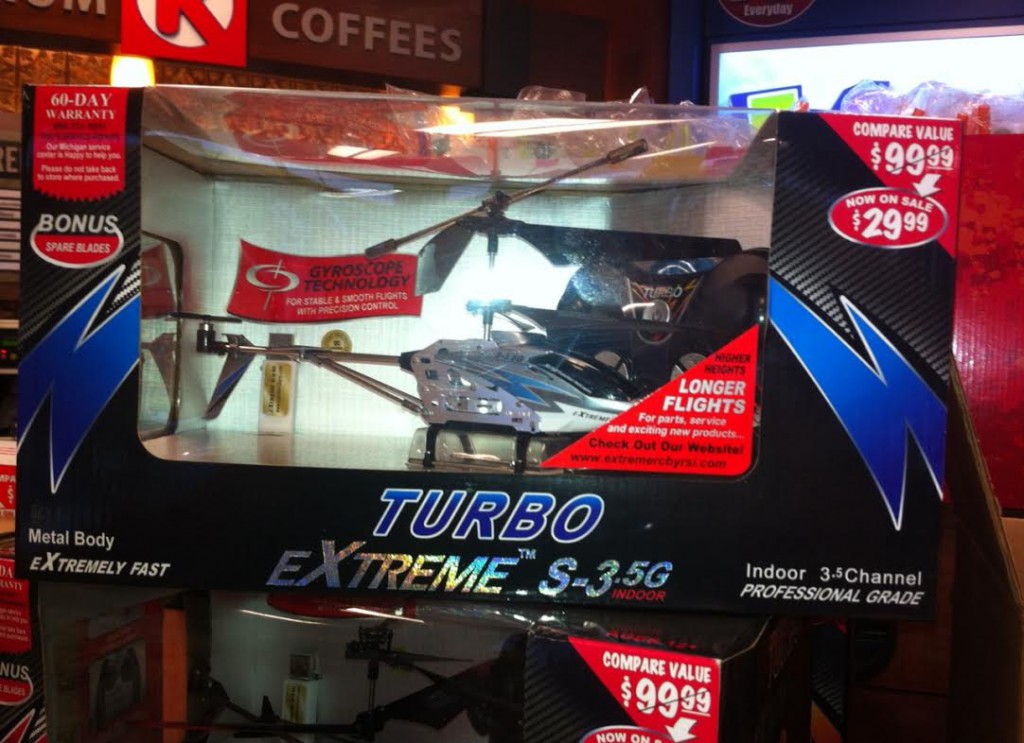 For a few weeks this year, every gas station I stopped at was selling these things. Seemingly perfect for the lazy dad who has yet to discover Amazon.com (lay off me woman, didn’t I buy the kid that helicopter?) the gas-station helicopter is obviously a good value, as indicated by the on-box $70 markdown. Why helicopters and not stuffed animals, DVDs, or off-brand action figures? Couldn’t say.

Full disclosure, unlike the other items on this list, I did not actually purchase a Turbo Extreme. However, I did find myself obliged to explain to the store manager why I was taking a picture of one. 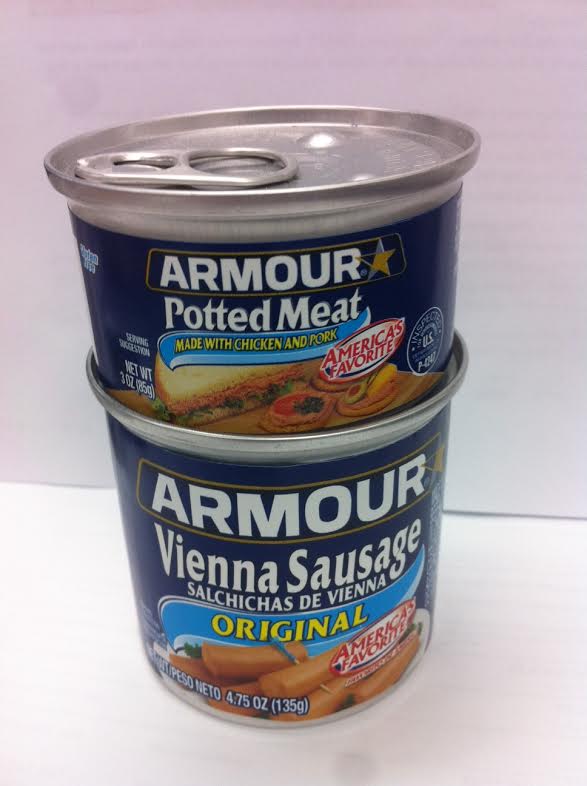 The second-most unsettling ingredient in Armour Potted Meat is “partially defatted pork fatty tissue.” I mention this because it seems like a long trip from the Pizza Combos to a tin of waste-product paté.

Note that the image on the Potted Meat tin shows a sandwich and cute little hors d’oeuvres. I can only assume the target market for this product is folks headed to a party full of people they dislike for which they forgot to bring an appetizer. 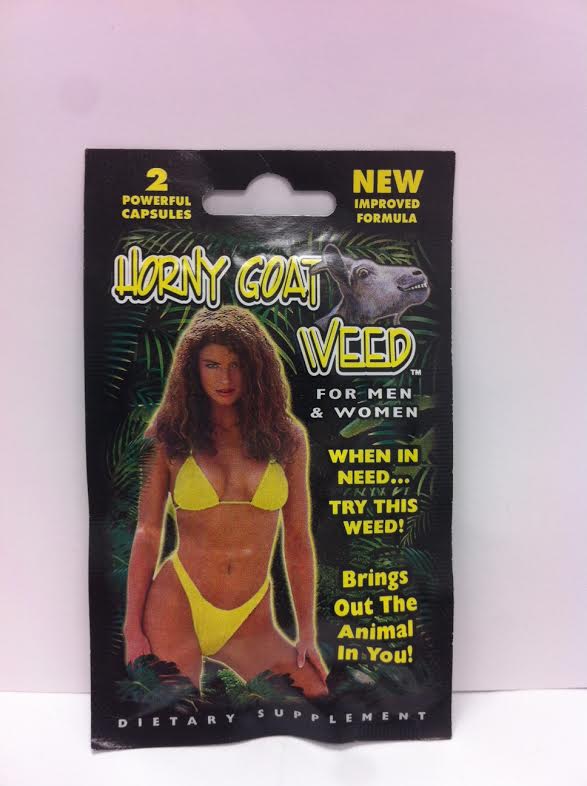 I found this on a rack next to something called “6-Hour Energy.” Pretty sure there’s a cease-and-desist order in the works as we speak.

Given that a single dose of the “little blue pill” runs something like $20, getting two capsules for less than a buck each seems like a heck of a good deal. I am, however, stymied by the suggested unisex efficacy of the product.

Use protocols, as noted on the back of the package, suggested taking a pill, or two, about an hour before expected need. However, for best results, users are encouraged to take a pill every day—hopefully not before getting to the office.

Thank You Tony: Remembering the Guy Who Gave Me My First Car Job 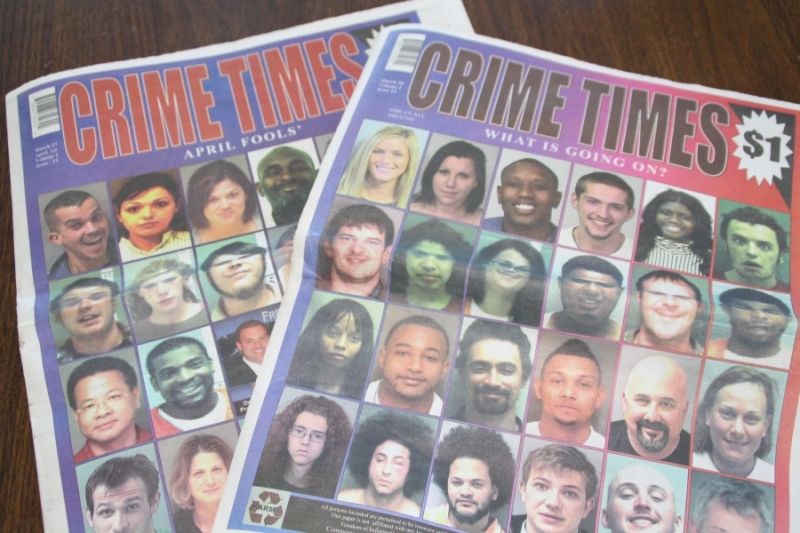 This item I almost understand. Shuffling into a gas-station mini mart for caffeine and smokes each day, one is likely to feel as if the grind of daily life is becoming oppressive. It’s at such moments that looking at pictures of people whose lives are far, far, more messed up than yours becomes a guilty pleasure.

At the gas station at which I purchased my copy, Crime Times was stocked not on the newspaper rack, but in a custom display at the register. For convenience sake, the paper is divided into departments which include sex offenders, welfare defrauders, and prostitution, to name a few.