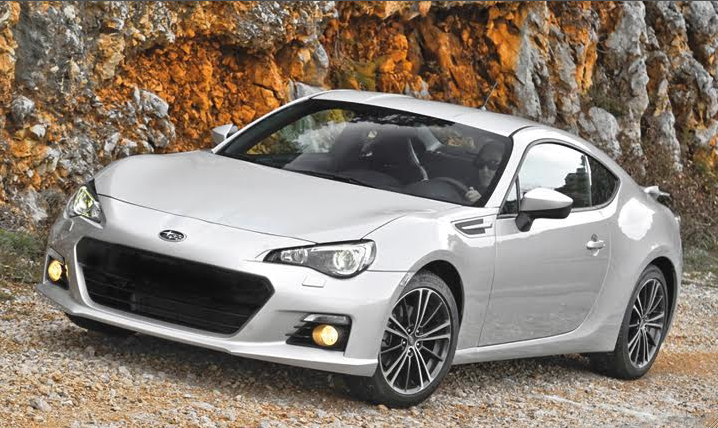 During summer 2012, Toyota and Subaru sprung jointly developed affordable rear-drive sports coupes on the American market as 2013 models. Toyota sold the car through its youth-oriented Scion brand as the FR-S; Subaru’s version was dubbed BRZ.

It was the first car of its kind for Subaru, but Toyota found inspiration for its version in a rear-drive Corolla—yes, a Corolla—from the Eighties. This was the highly regarded “AE86” version that was sold in the U.S. as the 1983-87 Corolla SR5 and 1985-87 GT-S. The Scion FR-S moniker was only used in the U.S. and Canada. Elsewhere, the car was sold as the Toyota 86 or GT86, an obvious nod to the now-iconic Hachi-Roku (Japanese for 8-6).

During development of the new coupe, Toyota said its engineers followed the idea of “pure balance.” For its part, Subaru espoused “pure handling delight” and purposely avoided the trend of focusing on “ultimate” power and luxury. In support of these goals, the companies agreed on a lightweight design built around a low center of gravity and a 101.2-inch wheelbase. 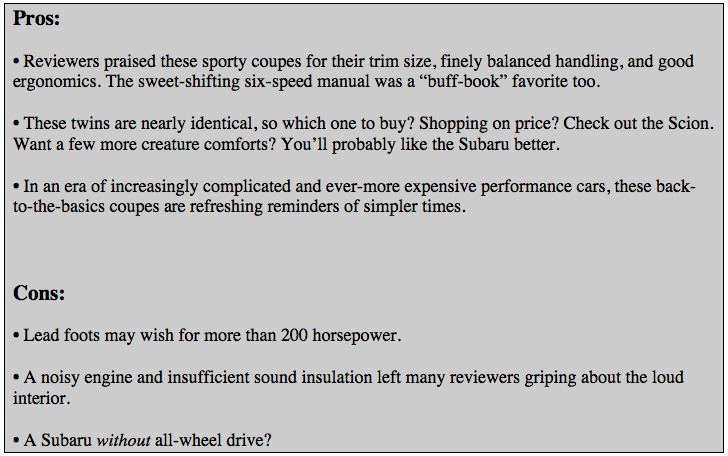 Both cars used a unique, more-compact version of Subaru’s 2.0-liter horizontally opposed “flat” four-cylinder engine. It was naturally aspirated and used Toyota’s D-4S fuel injection system, a direct-injection setup augmented with port injection under certain circumstances. This was said to help midrange torque and reduce emissions. The engine was rated at 200 horsepower and 151 pound-feet of torque. A six-speed manual was standard, with a six-speed automatic optional on both cars.

Subaru also developed the chassis. Engineers mounted the engine very low and as far back as possible to aid weight distribution. Few components were recycled from the company’s other products, but the double-wishbone rear suspension was sourced from the WRX STI. The front suspension used MacPherson struts. Suspension tuning differed slightly between the two brands. Some reviewers reported the Subaru tended to understeer when pushed, while others felt the Scion’s stiffer rear springs left it more likely to oversteer.

Not surprisingly, the cars shared a common coupe body shell. Toyota reportedly handled the styling, and visually the cars were nearly identical. The main brand differences were unique front bumpers and headlight assemblies. The changes were quite subtle, though, and the cars were difficult to distinguish from each other at a glance.

The interior used a 2+2 layout with modest brand-specific trim variations. The rear seat could fold down to increase cargo room. A short-throw shifter for the manual transmission and a large tachometer centered in the gauge cluster were enthusiast touches.

The “base” 2013 Subaru BRZ Premium model came with a bit more equipment than the FR-S, and started at $25,495. The top-line BRZ Limited added features including leather and faux-suede upholstery, heated front seats, automatic climate control, navigation, and push-button engine start. It started at $27,495. For 2015, Subaru added a Series.Blue version with production capped at 1000 units and priced from $29,490.