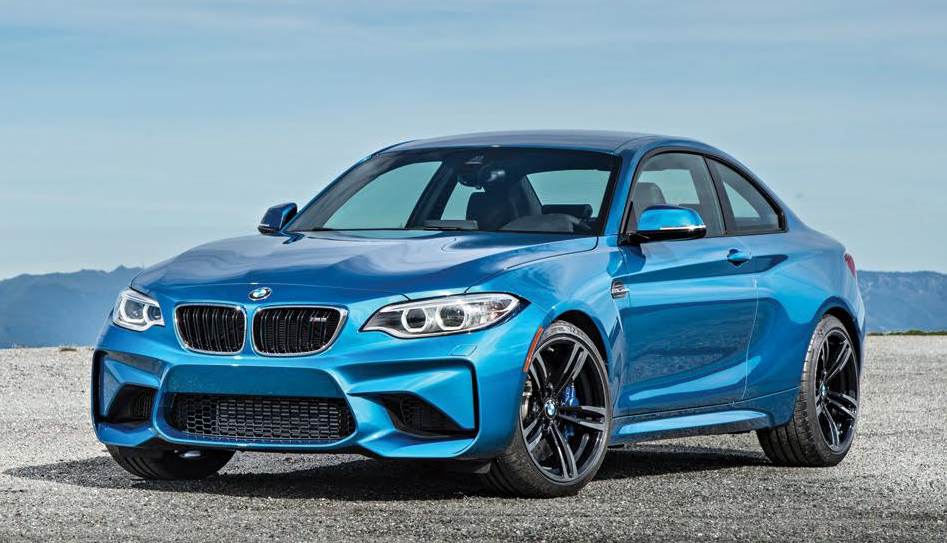 Note: The following story was excerpted from the August 2017 issue of Collectible Automobile magazine.

In 2014 BMW replaced the 1-Series as its premium subcompact in America.  The new holder of that job was the 2-Series. The basic idea here was a coupe or convertible with four seats and rear drive. There were two subseries, the 228i with a turbocharged four and the M235i with a 320-bhp turbocharged inline six.

What was missing at the time was a full performance version from BMW’s M division. That gap was filled in 2016 when the Bavarians brought out the M2 coupe.

To make it, the M235i’s 3.0-liter six was reworked and received the pistons and crankshaft main-bearing shells from the engine used in the larger M3 and M4. The oil supply was tweaked to ensure proper lubrication under heavy acceleration and braking, and the cooling system was upgraded. Fitted with a single twin-scroll turbocharger, the M2’s heart was rated at 365 bhp.

The standard transmission was a six-speed manual. It came with an auto–matic rev-matching feature that electronically blipped the throttle for downshifts. (Some buff-book reviewers bemoaned that rev matching could only be disabled by turning off the car’s stability-control system.) A seven-speed dual-clutch transmission—“M DCT with Drivelogic” in BMW-speak—was optional. This gearbox allowed for automatic operation, or the driver could shift gears manually without using a clutch pedal. BMW quoted a 0-60-mph time of 4.2 seconds with the DCT, and 4.4 with the traditional stick.

M2’s disc brakes and aluminum-intensive front and rear suspensions were borrowed from the M3 and M4. The 19-inch forged wheels were nine inches wide in front, 10 inches wide in the rear, and wore Michelin Pilot Super Sport rubber.

M2 bodywork deviated substantially from the standard 2-Series cars. Front and rear fenders were dramatically bulged to accommodate the car’s wider tracks and sticky Michelins. The car also wore model-specific front and rear fascias, along with a modest lip spoiler on the trunklid.

BMW cataloged few options for the M2. Alpine White was the only “free” paint choice. Alternatives were the extra-cost metallic Long Beach Blue, Black Sapphire, or Mineral Grey. Interiors were trimmed in black leather with contrasting blue stitching. Accents included “open-pore carbon fiber” trim and some Alcantara-covered bits. There was also an Executive Package that added a heated steering wheel, rearview camera, and some driver-assistance items.

The introductory starting price of $51,700 jumps to $52,695 for 2017. Changes for ’17 are the additions of wireless smartphone charging and a Wi-Fi hotspot to the Executive Package. There is a new $2500 M Driver’s Package that increases top speed to 168 mph (from 155) and includes a driver-training course at a BMW Performance Center in South Carolina or California.

BMW Motorsport has cooked up some pretty memorable enthusiast delights following this same basic recipe: Take a small coupe, drop a hot engine under the hood, tweak the suspension, add some wide boots, and wrap it up with wildly flared fenders. The M2 is a tasty treat, but it’s still early to tell if it will be a true collector’s item like the original E30-generation M3 from the late Eighties or the limited-production 1-Series M.