Comments
Written by Tom Appel in Brands and Marketing, Commercial Vehicles, Mini, Video, What was... 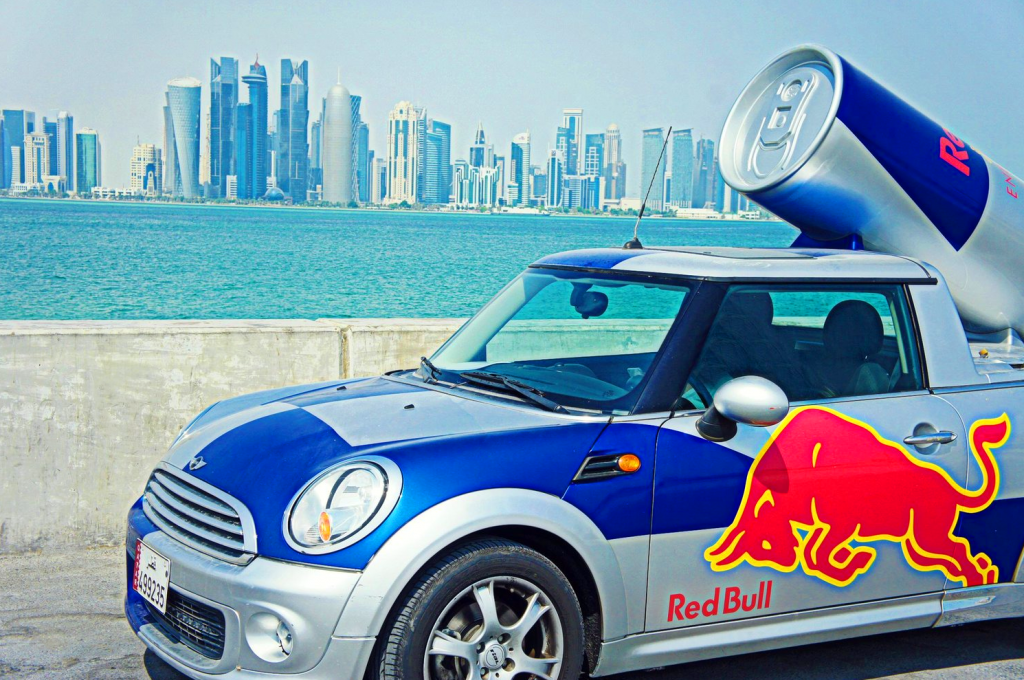 If you’re my age, you may have a few fond memories of the Oscar Mayer Wienermobile making its way to your hometown or a nearby burg, replete with a seemingly endless supply of Wienermobile plastic whistles—which in the Sixties and Seventies passed for quality tchotchkes. The big fiberglass sausages on wheels were generally found stationed in grocery-store parking lots, where Mayer staff passed out coupons and whistles to a receptive audience. It was a simpler time. 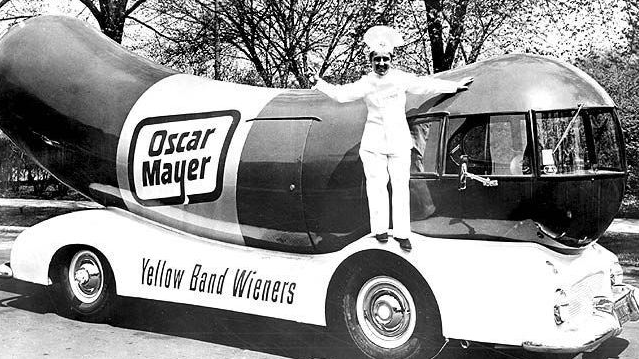 Seen here with spokesperson George Molchan as “Little Oscar,” the Oscar Mayer Wienermobile was once a common sight in grocery-store parking lots and at regional festivals and gatherings.

What was the Volkswagen Golf Harlequin?

While several Wienermobiles still roam the country stopping at grocery stores and the occasional local funfest, a much larger fleet of promotional vehicles has since usurped the big rolling sausages’ roll (fine, role) as the most crowd-pleasing promotional vehicle. That vehicle would be the Red Bull Wings Team Mini Cooper.

Seems that, to Millennials at least, free cans of cold Red Bull energy drink are cooler than little plastic whistles, and chatting with attractive college-age product reps is preferable to shaking hands with the diminutive Little Oscar. That, and access to a Red Bull Mini is easier to arrange, as there are reportedly several hundred of the modified coupes running around the planet, and just a handful of Wienermobiles on the prowl.

But, what do we know about the Red Bull Mini? (Other than it’s a Mini, of course.) As it turns out, information on the spunky giant-can-toting little cars is surprisingly difficult to come by.

Here’s what we know for sure: 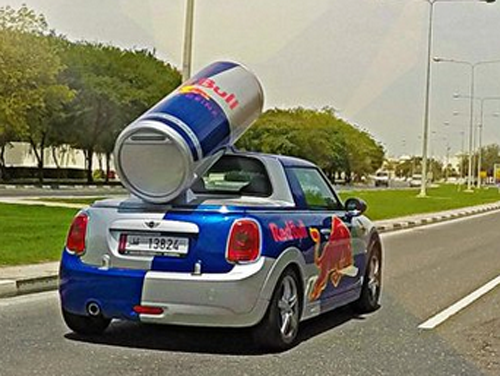 Judging by this page on Red Bull’s website, the company is still recruiting Wings Team members. Seems that attractive young women are preferred, but who knows–there must be a few guys out there selling the nation’s youth on the benefits of chugging energy drinks.

Note: A sharp-eyed reader observes that the above Red Bull Mini rear image is of a 2014 or later model, indicating that production resumed after the initial 2006-2008 batch. We will update this post with the name of the converter and any production-volume numbers we can dig up.