Publisher Emeritus Frank Peiler and I were chatting this morning when the topic turned to the Ford Taurus. Frank and I don’t always agree on things that are car related, but on one particular aspect of the Taurus story we agree: No one seems to recall the styling shockwaves Taurus sent through the country.

Really. The Taurus changed everything. Seeing your first Taurus was like hearing Devo for the first time (which, I assure you, was pretty jarring in the wake of disco). Your first reaction in either case was to question whether or not it was okay to even take things that far.

And while I know it’s tough to shock folks with the same surprise ending twice, I humbly submit the following photos for your consideration. I went with the wagons here because the the transition seems even more jarring. Bear this in mind: There’s no evolution here. This is a single model-year leap. It was epic, and it was fabulous.

(And no, I am not forgetting the Audi 5000. The 5000, too, shocked and delighted. But the 5000 cost twice as much as the Taurus, and as a luxury car it was expected to define styling trends. Additionally, the leap within the Audi lineup was not nearly so pronounced as the Ford transformation was.) 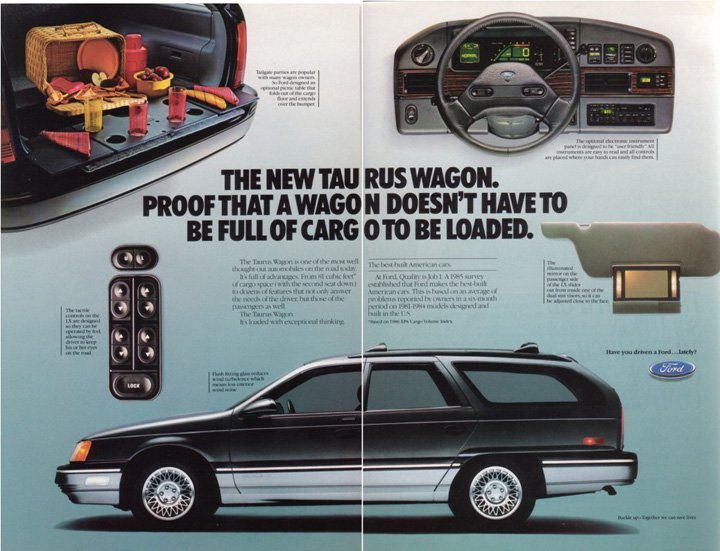 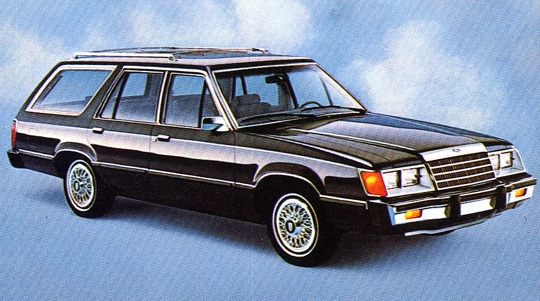