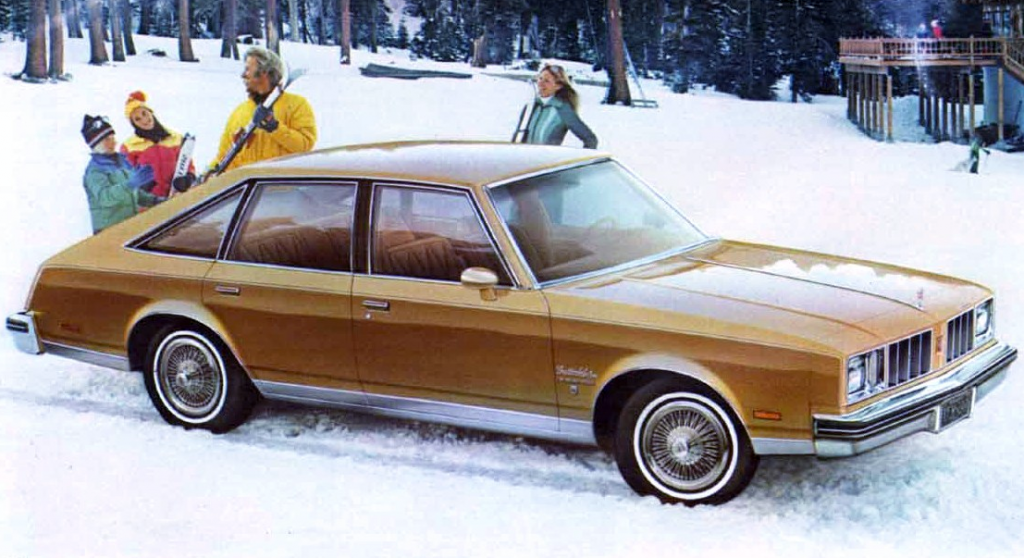 It’s a popularly held position that General Motors doesn’t take enough styling chances—or at least it historically hasn’t. I would argue that there are plenty of Eighties and Nineties examples of rather sterile looking GM vehicles that support this point, but a slate of inoffensive Cieras, Malibus, and Skyhawks hardly tells the whole story. General Motors has, in fact, taken many styling chances over the years–though the results weren’t always positive.

Consider the downsized 1978 A-Body lineup. The A-Body family included the Buick Century and Regal, Chevrolet Malibu and Monte Carlo, Oldsmobile Cutlass and Cutlass Supreme, and Pontiac LeMans and Grand Prix. The ’78 redesign resulted in models that were about 4 inches shorter on average than their predecessors, and a whopping 600 or so pounds lighter.

The 1978 and 1979 (seen here) midsize Oldsmobile lineups did not include a traditional notchback sedan.

For Chevrolet and Pontiac, the transition was relatively smooth. The coupes, sedans, wagons, and personal-luxury coupes (Monte Carlo and Grand Prix, respectively) in each lineup were replaced with similar downsized examples. The new, trimmer models proved popular, and sales were strong. 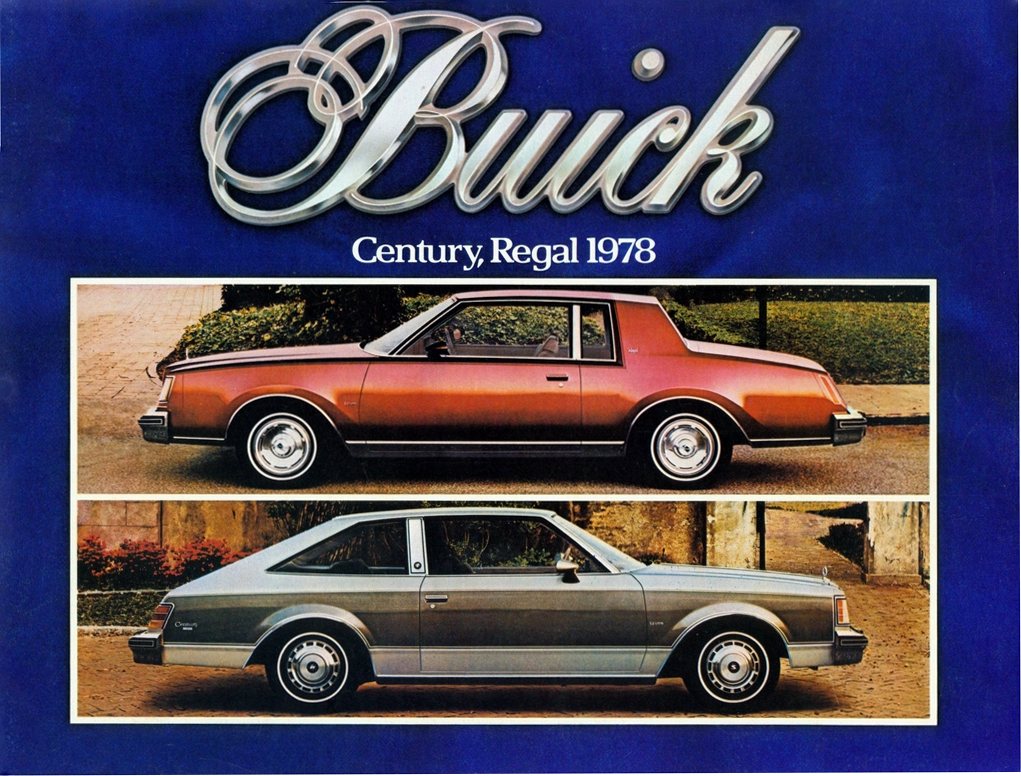 The 1978 Buick Regal (top) looked much as shoppers expected. Century coupes, however, were available only in Aeroback form.

General Motors decided to take a styling chance (see?) with the Buick and Oldsmobile offerings, and chose to offer an unconventional new body shape for 1978 along with the expected models. Though the wagons and personal-luxury coupes (Buick Regal and Olds Cutlass Supreme) carried over as you would assume, the core coupes and sedans in each lineup did not.

Though the sloped roofline suggested otherwise, the Aeroback cars, including these 1978 Centurys, were not hatchbacks. 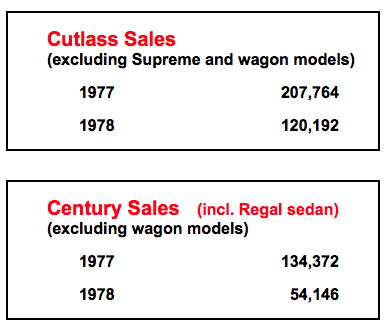 It has been suggested that GM product planners wanted the new Buick and Oldsmobile A-Body cars to look more modern and “European” than they had in the past. It has also been suggested that the cars were expected to look more like the Japanese sedans that new-car shoppers were buying in ever-increasing numbers. Whatever the inspiration, the result was the Aeroback, a neo-fastback body style that combined traditional front-end styling with a sloped, hatchback-looking tail-end treatment. We say “hatchback-looking” because the Aeroback cars had traditional trunks.

For 1978 and 1979, every Century and non-Supreme Cutlass (except the wagons) featured the Aeroback bodystyle—with devastating sales results. Realizing that it had a dog on its hands, GM acquiesced to buyer demand, and converted the 4-door sedans to a more-traditional notchback bodystyle for the 1980 model year.

Sales of 1978 Aeroback Cutlass models (right) slumped more than 40 percent off of 1977 tallies. Century sales tumbled more dramatically–they were down a staggering 60 percent.

The 2-door Aerobacks survived another year, but were killed off after 1981 when the front-drive A-Body lineup came online.

It’s hard to avoid mentioning the Pontiac Aztek here, but any comparison of that aggressively styled crossover to the Aerobacks is a little tenuous. The Aztek was designed to look bold and different, the Aerobacks, on the other hand, were meant to look modern and sophisticated. I would argue the Aeroback design was the greater failure.

So, maybe GM did go a little easy on the styling front for a while in the Eighties and Nineties. But having played the Aeroback card and lost, it probably took the General a couple of decades to recoup the revenue they lost on Century and Cutlass sales.

Fewer than 2500 each were built of the Aeroback Century Turbo Coupe and Cutlass 442. Both are exceedingly rare today.