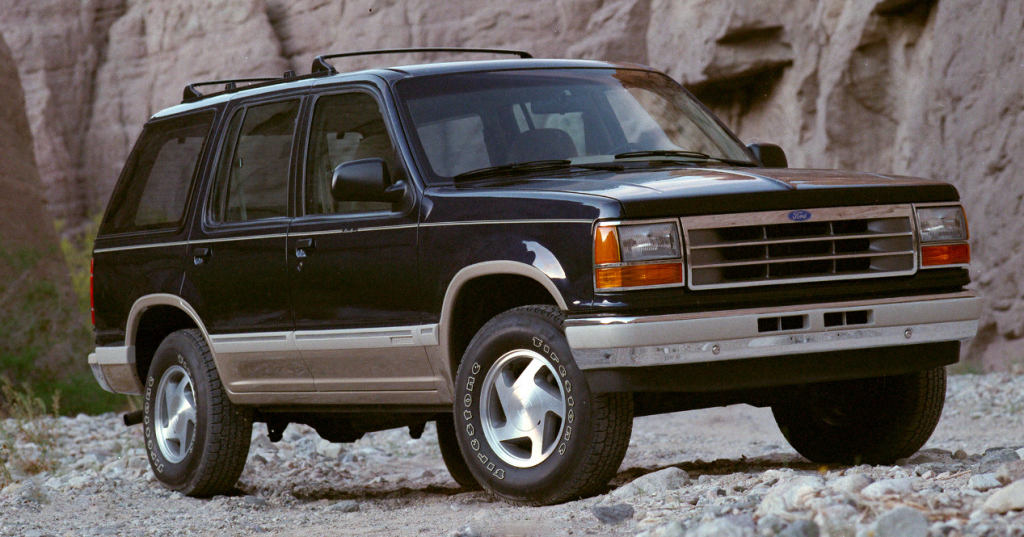 What makes a vehicle important? Sales, obviously, play a big factor. Any car or truck that sells well can be considered important. And, as it turns out, all of the vehicles on this list did well in the showroom.

But I’m not talking about sales here. Instead, I’m focusing on vehicles that changed minds, and instigated significant changes in the new-vehicle marketplace. Chevrolet sold millions of Cavaliers over the years—which is good—but it’s unlikely that anyone driving a Cavalier ever thought that they were playing a small part in a sweeping automotive movement.

What I’ve selected here are four vehicles: the 1991 Ford Explorer, 1997 Lexus RX300, 2004 Toyota Prius, and 2012 Tesla Model S. I’m only going back thirty years on this list—which allows me to avoid including the 1986 Ford Taurus. The Taurus is an important vehicle to be sure, but also one that now feels like it is from a different era.

So, are these the most-important cars of the past 30 years? If you can think of a 1987-or-newer vehicle that had a bigger impact on how American drivers think about their cars and trucks, please tell us what it is. The place for comments is below the last car. 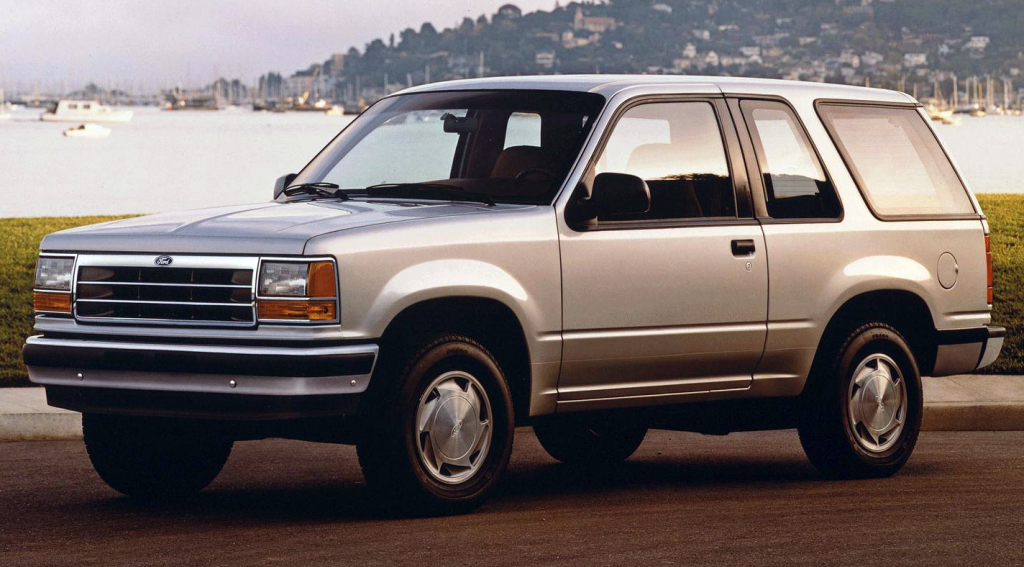 Any conversation regarding the demise of the traditional American station wagon has to include at least a passing reference to the Ford Explorer.

Before the Explorer arrived on the scene for the 1991 model year, shoppers looking for family-hauling flexibility had several choices: station wagon, minivan, or full-size van. Each of these options had their merits, but each was also saddled with a certain amount of dowdiness generally associated with functional transportation. The Explorer changed all of that.

The Explorer did for compact sport-utility vehicles what the compact disc did for music. Before the Explorer, small SUVs were relatively cramped inside and crude in nature. The Chevrolet Blazer, Jeep Cherokee, and Ford’s own Bronco II all shared their basic architectures with small pickup trucks, and thus rode and handled like those vehicles.

To appeal to folks more interested in hauling kids and dogs than sloshing through muddy ravines, Ford fashioned the Explorer with an eye towards refinement. With a roomy cabin, handsome interior appointments, decent power, plenty of cargo space, and a fresh and clean design, the Explorer’s appeal proved to be incredibly broad.

I was selling Fords in 1991, and I vividly recall the amazing appeal of 4WD to folks who had never considered a vehicle with the feature before. At the suburban-Chicago Ford dealership where I worked, at least 90 percent of the Explorer inventory was equipped with 4WD.

To Ford’s credit, the current-generation Explorer is still a popular vehicle—and it is still packed with features that make it family friendly. That said, the current Explorer does battle in a sea of dozens of similar crossovers, all of which owe a debt of gratitude to the groundbreaking first Explorer. 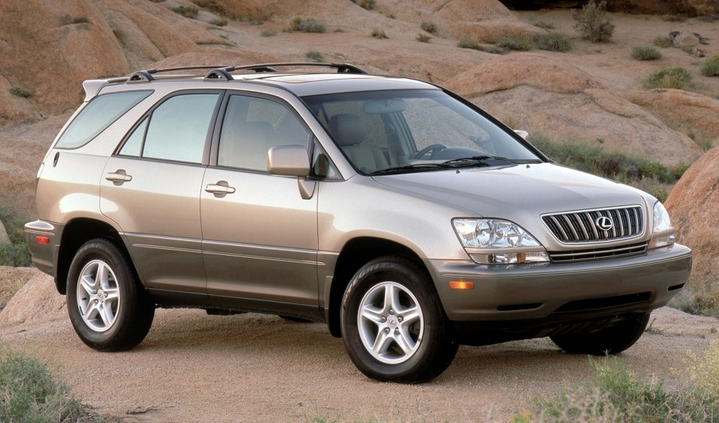 Excluding pickup trucks, the single largest segment of American auto market is crossovers. The growth in popularity of the crossover is testament to just how quickly a market can adjust to the changing winds of consumer preference. What’s so interesting about the crossover as a vehicle type is just how new it is. While SUVs have been around for a long time, crossovers have only been in showrooms for about twenty years. 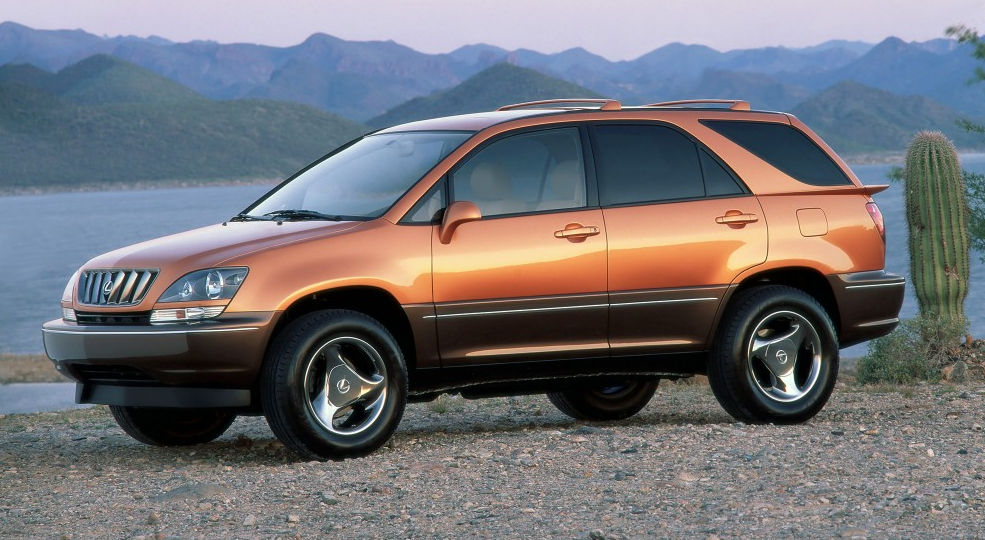 In case you are wondering, by general definition, an SUV is a passenger vehicle based on truck “body-on-frame” architecture. This rugged composition contributes to high towing and hauling capacities, and often enhanced off-road capability. Crossovers are generally similar in design to SUVs, but are engineered on car-like architecture, allowing them to be lighter, more space-efficient, and often less costly than SUVs.

One of the earliest uses of the term crossover as applied to a passenger vehicle was unveiled at the 1997 Chicago Auto Show. It was at this show that Lexus introduced the Lexus Sport Luxury Vehicle (SLV) Concept, which combined car and SUV features. For the 1999 model year, Lexus rolled out a production vehicle—the RX 300—that looked very much like that original ’97 concept.

Since its introduction, the RX has served as a benchmark for the blending of car and SUV attributes into a single passenger-friendly, easy-to-drive vehicle. Not only has the RX consistently been one of Lexus’s best-selling vehicles, the initial RX 300 architecture was quickly modified to form the basis for the Toyota Highlander, which was introduced for 2001. Following quickly on the heels of the RX came a flurry of luxury-brand crossovers, including the BMW X5 (2000) and Cadillac SRX (2003). 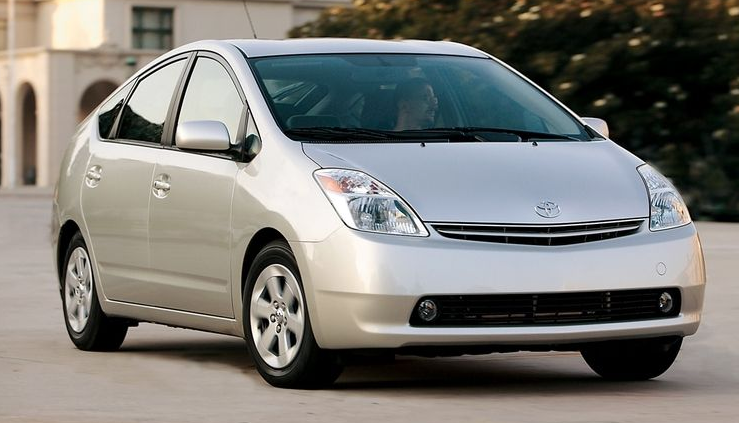 What the Ford Model T was to the automobile, the second-generation Toyota Prius was to hybrid automobiles. Sure, the first-generation Prius, along with the Honda Insight, helped introduce Americans to the concept of battery-assisted propulsion, but the second-gen Prius normalized the technology—and sold in impressive volume as a result.

The integration of a gasoline engine with an electric motor can be tricky business, and the first-generation Prius’s integration of those two power sources was far from seamless. Add in the drivability complications of regenerative braking, and you have a recipe for a balky driving experience. In fact, most reviews of the first-generation Prius suggested that the hybrid system worked very well, though the braking and stop/start systems were both somewhat coarse in operation.

All that changed for 2004. Though most drivers would not confuse a 2004 Prius for a conventional, non-hybrid car, it was significantly more refined than the previous version. Additionally, the new car was bigger, roomier, smoother-riding, and even more fuel-efficient. All told, the 2004 Prius was a pretty solid package for green/efficiency-minded shoppers.

Sales of the Prius doubled for 2004, and again for 2005. Almost instantly, a car that had been considered a science experiment was now a mainstream model—a mainstream model that easily returned 40-50 mpg when carefully driven.

Hybrid vehicles are much more common now, and as a result Prius sales have slumped a bit. But were it not for the practical—and impressively conventional-feeling—second-generation Prius, consumers might still be wary of the technology. 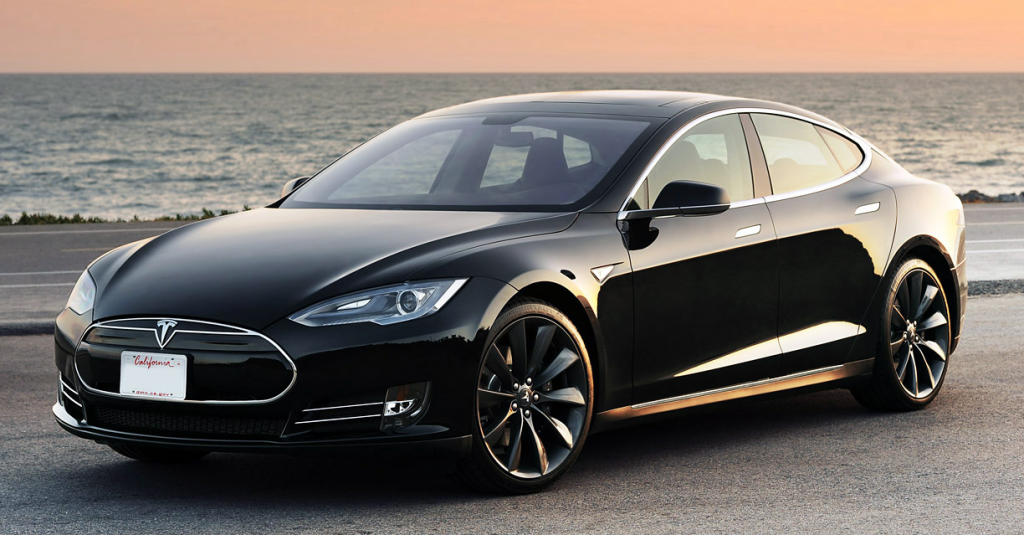 I am as big a skeptic of Tesla as you’re likely to find. The company is sodden with debt, its production is perpetually behind schedule, and its true sales numbers are sketchy and difficult to verify.

But let’s forget the business end of Tesla for a moment, and focus on the product. Yes, any major carmaker could have built Tesla’s big sedan—the Model S—but no company did. Yes, the Model S is really just a stylish large sedan stuffed full of battery packs and giant view screens, but it became much more than that.

Credit Tesla’s charismatic CEO Elon Musk with taking the dull concept of an environmentally friendly plug-in vehicle and making it something truly exciting. Properly equipped, a Model S will travel 300 miles on a charge, zip to 60 miles per hour in three seconds, and avoid recalls by allowing for software fixes to take place via Wi-Fi data exchange.

While established car companies seemingly sat on the sidelines, convinced that electric vehicles (EVs) had to be small, affordable, and practical, Tesla was reaching wealthy early adopters with a car that was good looking, exciting to drive, and packed with counterculture cachet. As the product of an independent start-up, the Model S was to many buyers a sort of rolling thumbed nose—aimed directly at establishment automakers.

I’m still not convinced that Tesla is a company with a future, but the Model S is a real EV proof of concept, a car that has changed countless minds regarding the potential of battery-powered vehicles. Now that Tesla has broken open the luxury EV market, watch Audi, BMW, and Mercedes-Benz cut in for a piece of the green-lux action.