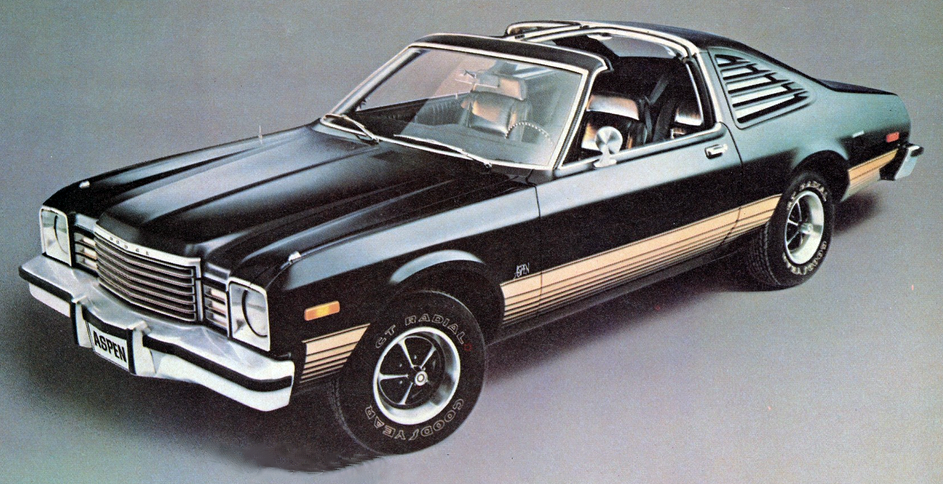 By the time the 1976 model year rolled around, the trusty round headlamp had been an auto-industry norm for more than 70 years. Much of what drove this stylistic consistency was the easily replaced one-piece sealed-beam lamp, the use of which became U.S. law in 1940.

For decades, car designers seemed content to work with the styling limitations of circular sealed-beam lights. But nothing lasts forever, and in 1975 the reign of the round headlamp would come to a very abrupt halt. Relaxed federal regulations made way for new rectangular headlamps for 1975, opening the door for both dual- and quad-sized units that mirrored the round-headlamp offerings already available.

The Pontiac Grand Prix was updated with rectangular headlamps for 1976.

From an auto-styling standpoint, the impact of the newly available square headlamps was nothing short of phenomenal. Within two model years, more than half of the American-brand car models on the market had been updated with rectangular lamps.

By 1979, only a handful of American car models were still sporting round headlamps, and you can see them in the pics below. For a number of reasons (including resistance to sudden change), German and Japanese carmakers responded much more slowly to the four-sided-lamp mania.

So, you tell us–was the move to rectangular lights a good thing or a bad thing? In many cases, the new bulbs arguably looked awkward crammed in the space once occupied by something round.

Which cars looked best with the new square headlamps? Which should have stayed with round headlights? Let us know what you think; the place for comments is below the last car. 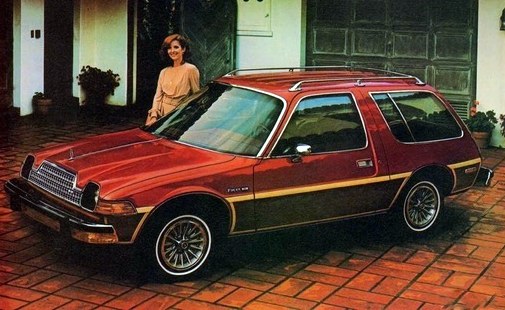 Pacer was the only AMC model not to receive a freshening for 1979, and the only model to roll into ’79 without rectangular headlamps. The unloved raised grille treatment came as part of a 1978 update to the car, which would represent the last time Pacer styling would be tweaked. 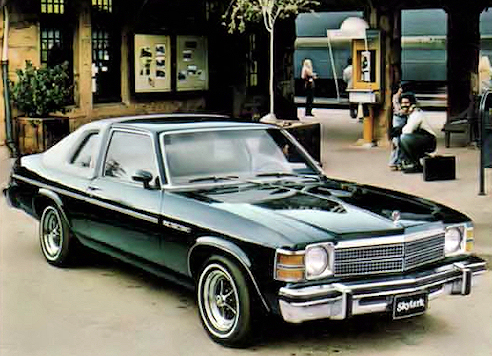 Much like Schrodinger’s cat, the Buick Skylark was both alive and dead for 1979. Like its mechanical cousins–the Chevrolet Nova,  Pontiac Phoenix, and Oldsmobile Omega–the Skylark would be replaced midyear by an all-new front-wheel-drive X-Car. 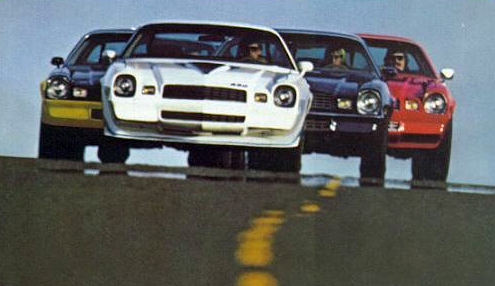 Although its mechanical cousin, the Pontiac Firebird, began sporting rectangular headlamps for 1977, Chevy’s sporty Camaro would remain loyal to the round-light look until the car was completely redesigned for 1982. 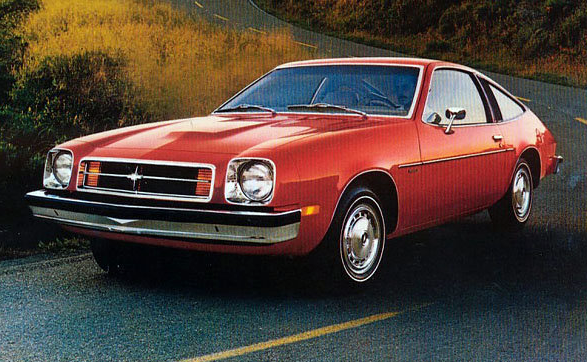 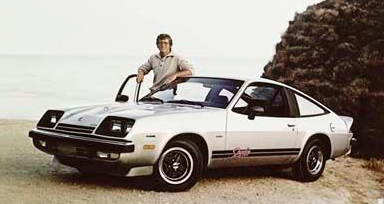 With enough sales volume to justify two front-end-styling treatments, the 1979 Chevrolet Monza was available with both round and rectangular headlamps. Base coupes and hatchbacks, and all wagons, were delivered with the round-headlamp arrangement, while Sport Coupe, Sport Hatchback variants went with a quad rectangular treatment. The extroverted Monza Spyder, based on the Sport Coupe, shared that Monza’s rectangular-light front end.

1980 Status: Both round- and square-headlamp Monzas survived into 1980, after which the model was dropped from the Chevrolet lineup. 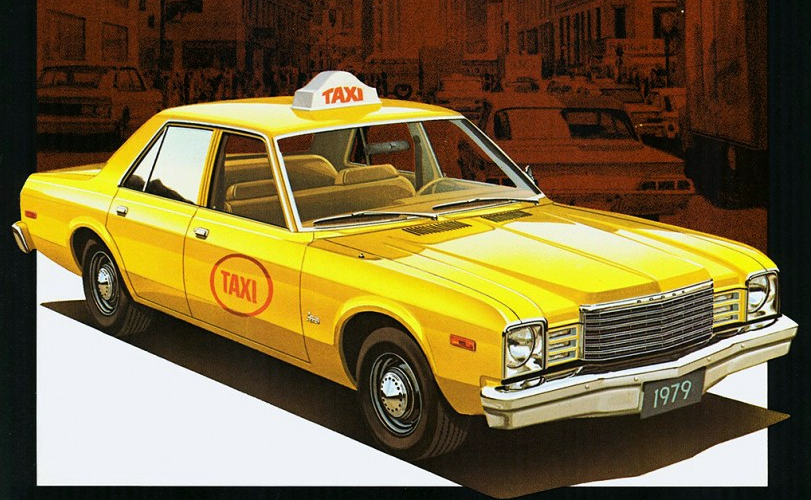 The Aspen had grown dated looking by 1979, and its round-headlamp arrangement wasn’t helping this commodity midsize sedan look any fresher. Like the mechanically identical Plymouth Volaré, the rear-drive Aspen was mostly being sold into commercial and government fleets by 1979, so design was a low priority.

1980 Status: Aspen was freshened with a dual-rectangular-headlamp arrangement for 1980, which would be the car’s last model year. 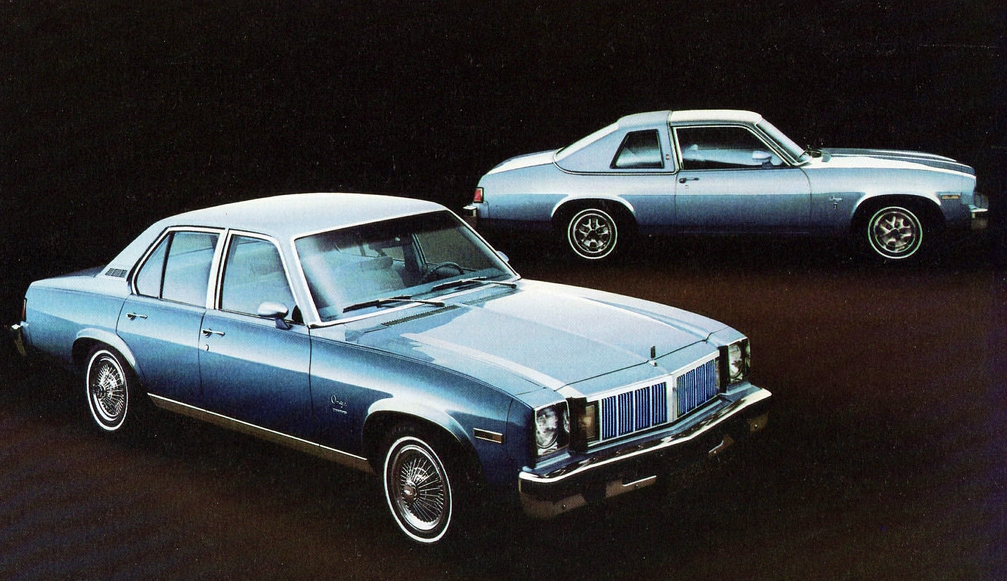 Much like the similar Buick Skylark, Oldsmobile Omega production would not last throughout the 1979 model year. It’s interesting to note that the Chevrolet Nova–close kin to the Skylark and Omega–received a freshening for ’79 that did include rectangular headlamps.

Like the similar Dodge Aspen, the 1979 Plymouth Volaré would roll with round headlamps for one last model year. Despite a general lack of public interest in the car–by this time most Volarés were being sold into fleet service–a 1980 freshening would go a long way toward updating the car’s look.