Rather than hold individual launches for each of its divisions at the 2013 New York Auto Show, General Motors rolled them together into a 1-2 combo from Buick followed by an uppercut from Cadillac.

The oldest product in Buick’s lineup is the LaCrosse, which bowed in its current form for the 2010 model year. For 2014, GM is giving the car a substantial freshening. A new front fascia brings LaCrosse’s appearance up to date with more recent Buicks, including the compact Verano sedan and midsize Enclave SUV. Powertrains are unchanged and include GM’s eAssist gas/electric 4-cylinder and conventional 3.6-liter V6 engines, each mated to a 6-speed automatic transmission. Newly available safety features include lane-departure warning, forward-collision alert, and pre-collision braking. Most models will also include the latest generation of Buick’s IntelliLink infotainment system. The 2014 Buick LaCrosse goes on sale this summer.

Similarly updated for 2014 is the smaller Buick Regal. Like its bigger brother, Regal gets Verano/Enclave-inspired styling cues. The eAssist 4-cylinder engine remains standard. Sporty versions, including the top-line Regal GS, get a new 2.0-liter turbocharged 4-cylinder engine with 259 horsepower. From 2014 onward, the GS will be the only Regal model to offer a manual transmission. All others will come only with a 6-speed automatic. For the first time, Regal will be available with the choice of front- or all-wheel drive.

The knockout punch for GM is the official debut of the 2014 Cadillac CTS sedan. Borrowing some elements of its basic design from the smaller Cadillac ATS, the brand’s best-selling car sees revised styling, new features, and new engines. It’s also longer, wider, and lower than the outgoing CTS.

The 2013 CTS offers buyers the choice of a 3.0- or 3.6-liter V6 engine paired with a 6-speed automatic transmission. For 2014, the 3.6 returns, producing an estimated 321 horsepower. The 3.0 goes away in favor of a 2.0-liter turbocharged 4-cylinder with a projected 272 horsepower. Both engines will be available with rear- or all-wheel drive.

Topping the CTS range is the Vsport, which comes equipped with the most powerful V6 ever produced by General Motors. It’s a twin-turbocharged 3.6-liter unit producing 420 horsepower. It will team with an 8-speed automatic transmission, another first for the company. This drivetrain will allow the 2014 CTS Vsport to accelerate from 0-60 mph in 4.6 seconds and reach a top speed of 170 mph. As a side note, the larger 2014 Cadillac XTS will be available with the engine, too.

The 2014 Cadillac CTS sedan goes on sale this fall. No word yet on a redesigned coupe or wagon body style, but we have to believe they’re not far down the pipeline.

CG Says: GM’s product offensive in New York shows that the company has its mojo working. The updates to the LaCrosse, Regal, and Chevrolet Camaro should only strengthen their positions in the market. The CTS is outstanding in terms of design and engineering. GM’s PR and marketing folks are making no bones about the target of the new car: the BMW 5-Series. Based on how well the smaller Cadillac ATS stacks up against the BMW 3-Series, the new CTS should have no trouble taking down BMW’s other behemoth sedan. Let us at that new twin-turbo V6! 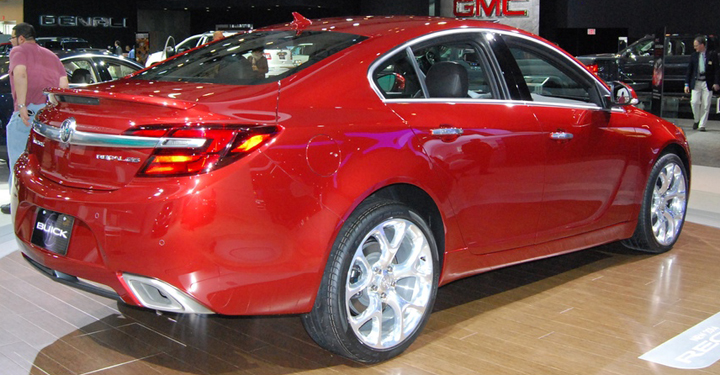 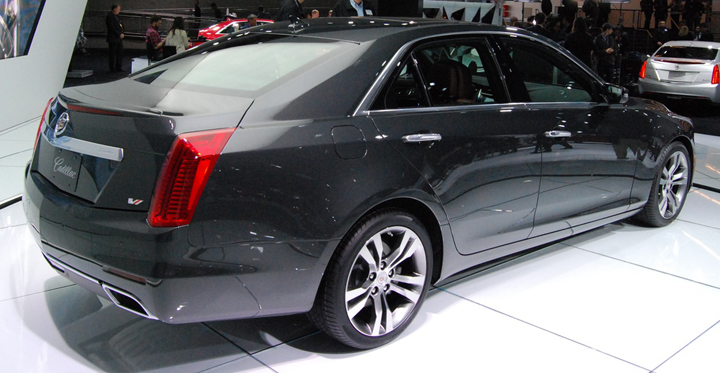