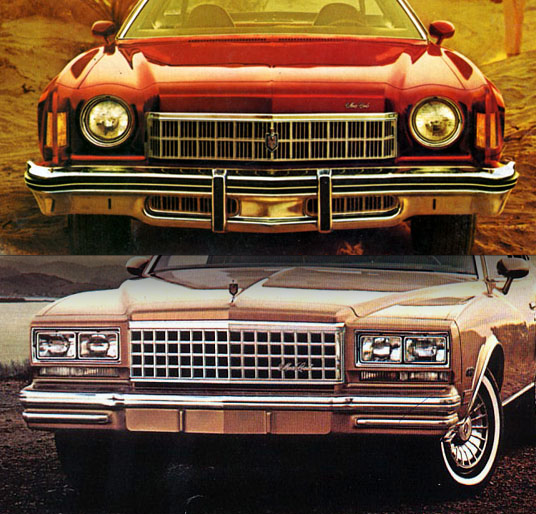 For a couple of decades now, car designs have morphed at a fairly even and modest pace. Most vehicles now go five to six years between major updates, receiving only minor “midcycle” styling revisions two to three years into their life cycles.

Long gone are the annual sheetmetal changes we enjoyed in the Fifties and Sixties—such updates would be too costly and seem frivolous in this era of thorough crash testing and aerodynamic fine tuning.

By the Seventies, major annual model changes were giving way to more-subtle grille and trim updates. Still, vehicles looked different enough that even today many folks can tell, say, a 1974 model from a ’75—something very difficult do with 21st-century cars.

Though the frequency and magnitude of annual styling changes were slowing in the Seventies, one design phenomenon kept things pretty lively: the headlight hat dance.

Rectangular sealed-beam headlamps became legal for the U.S. market in time for the 1975 model year. By 1976, approximately half of all domestic-brand vehicles were sporting the new square headlights–either in dual-headlamp or trendier quad-headlamp fashion.

We’ve selected the Chevrolet Monte Carlo to demonstrate the nature of those rapid-fire changes. Check out the images below for a six-year overview of how the square-headlight changeover affected Chevy’s popular personal-luxury cruiser.

Please let us know what your favorite early rectangular-headlight vehicle was. Many folks resented the rush to square lights, preferring the more organic look of the traditional round lights.

The Chevrolet Brochure Covers of 1973 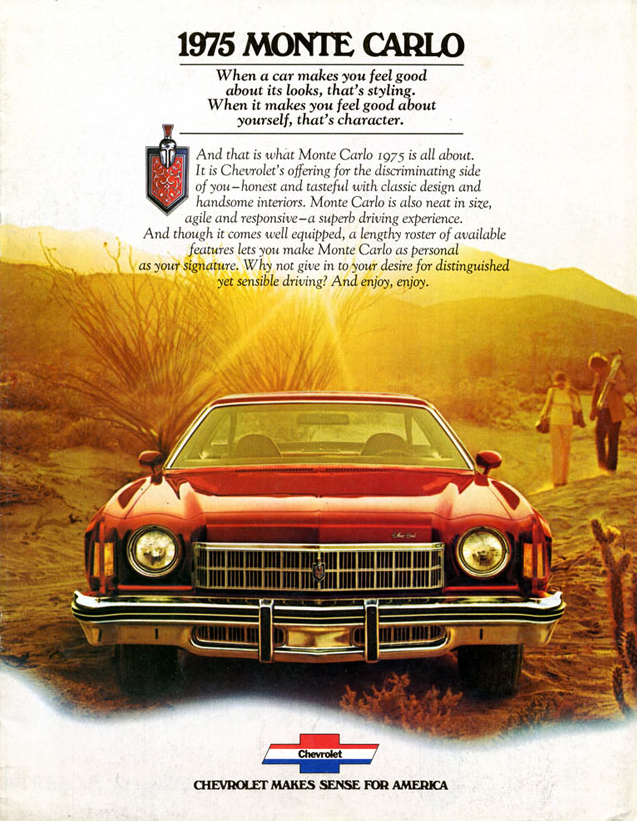 1975 would be the last model year for round headlamps on the Chevrolet Monte Carlo. 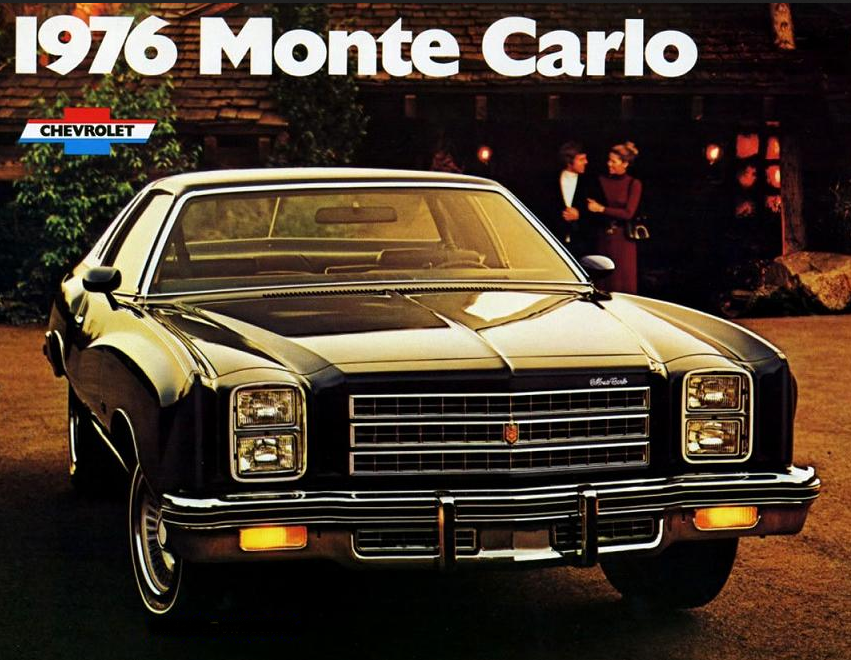 The Monte Carlo wore vertically stacked quad rectangular lights for the 1976 and 1977 model years. Critics have suggested that single rectangular headlamps would have given the ’76-’77 Monte nose a less cluttered, more elegant look. 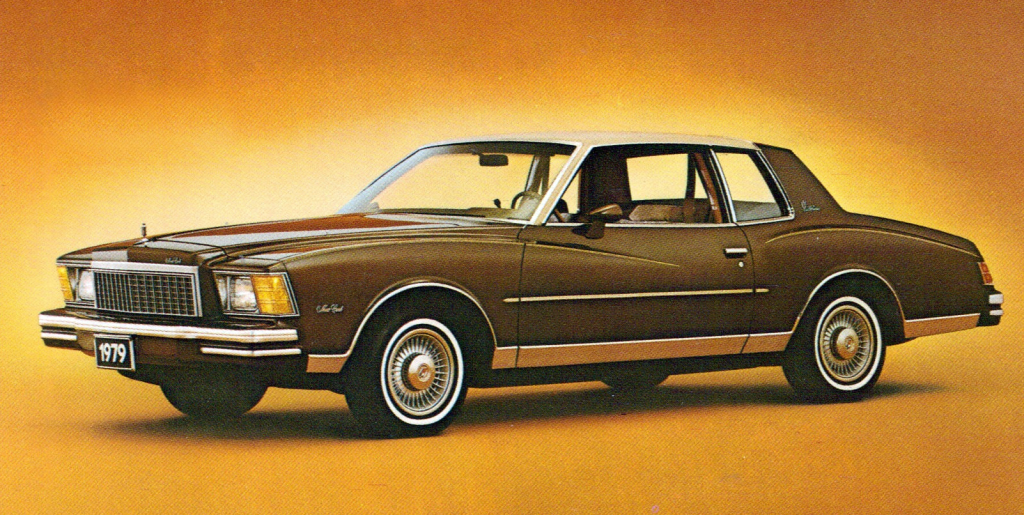 Downsized for 1978, the Monte Carlo lost its quad-headlight setup in favor of this simple dual-light arrangement. 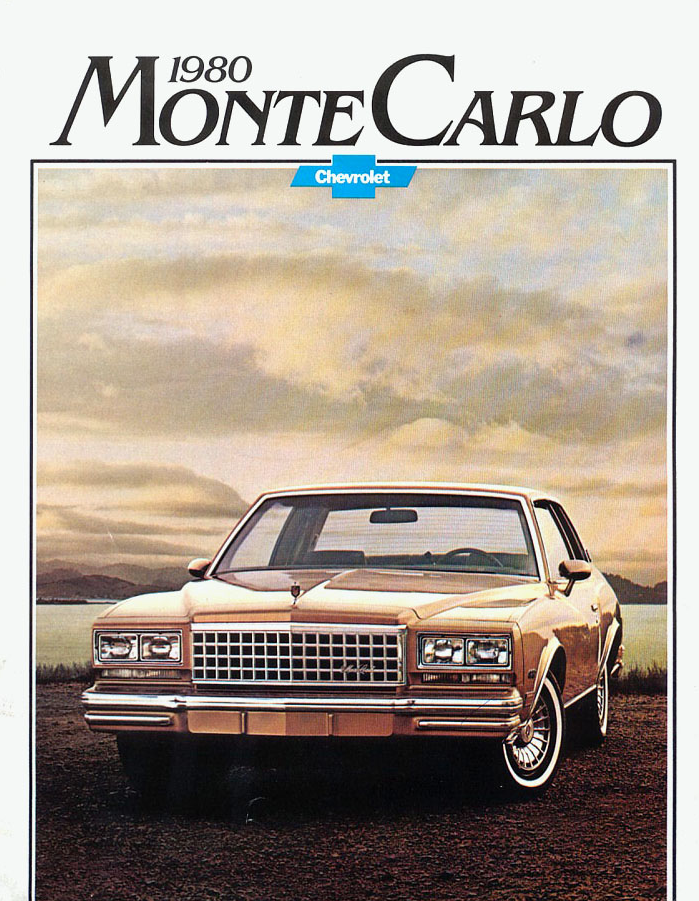 The Monte Carlo shifted back to quad headlamps for 1980, for a one-year-only mild facelift. A sleeker new body was in the cards for the 1981 Monte Carlo, which continued to use a quad-headlight arrangement.