Cars, Snowmobiles, Trikes, and Trolleys: How Google Photographs the World 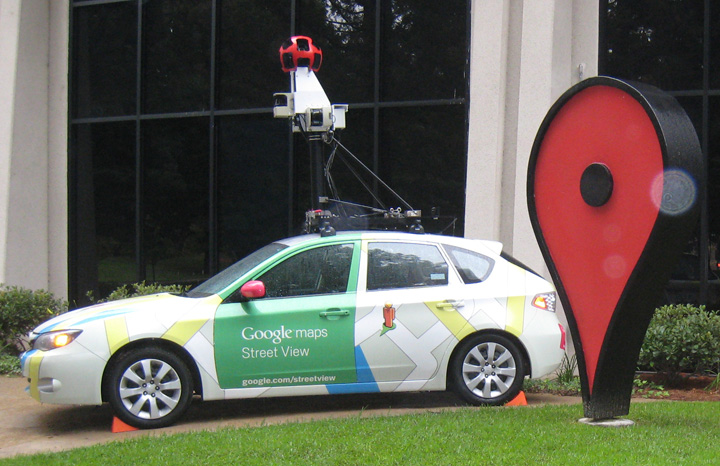 Google Maps Street View is, undeniably, a very useful tool. Need to find a local business that you’ve never been to before? Check out a picture of the place before you go there so you know what to watch for. Planning a vacation? Scope out the hotel before you get there and make sure it’s as great as the website says it is. Wanna check out the Eiffel Tower in Paris or roam the streets of New York City while on your lunch break? Yep, you can do that too.

Did you ever wonder how Google captures pictures of your neighborhood for its Street View feature? Here’s how they do it: The company has a fleet of cars and SUVs, each of which has a mast attached to its roof. A ball-shaped cage at the top of the mast contains several cameras and other equipment, including GPS. The operator drives the car, and the cameras automatically take pictures. The shots are later “stitched” together into one cohesive, 360-degree image by a computer.

In addition to the cars, the Google team built tricycles, each fitted with a mast and cameras, to circumnavigate and document places that are not accessible via car, such as popular bike trails, parks, and university campuses. The team also mounted their cameras on a snowmobile to create first-person views of ski runs and mountain trails in winter.

The latest addition to their Street View arsenal is a pushcart (called Trolley) equipped with cameras and a laptop computer. It is small enough to fit through doors and down hallways, and the result is internal views of famous museums, including the Metropolitan Museum of Art and the Museum of Modern Art in New York City, the Van Gough Museum in Amsterdam, and the Smithsonian American Art Museum in Washington, D.C. You can even take a tour of the White House as well as the Versailles Palace just outside Paris, virtually “walking” through many of the rooms within. LegoLand in Carlsbad, California; Universal Studios in Hollywood and also in Orlando; Mazda Raceway Laguna Seca in Salinas, California; and Infineon Raceway in Sonoma, California, are on the list of USA Summer Attractions. NASA’s Kennedy Space Center in Florida, home to retired space shuttles Atlantis and Endeavor, is also covered. Believe it or not, Google Maps Street View has even visited certain areas of Antarctica.

So, keep your eyes peeled. You may see one of these vehicles roaming the streets, sidewalks, paths, or hallways near you. And if you see it, it’ll see you too. 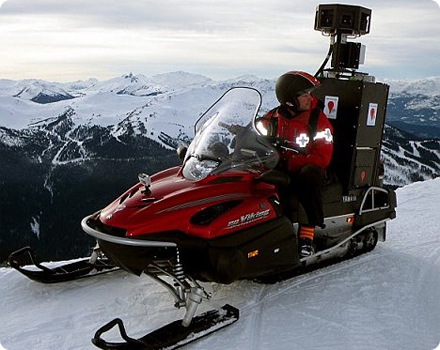 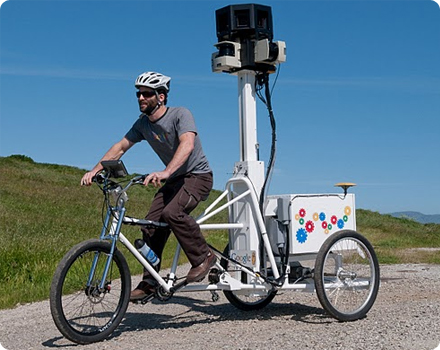 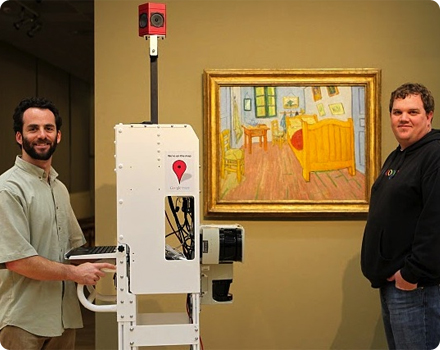