Many of us dream of being a race-car driver, but the money and time spent is often so prohibitive that most of us don’t bother. Thankfully, a new class of racing is emerging: the B-Spec class. This category is comprised of subcompact and compact cars lightly modified for racing. Even though it is an emerging segment, B-Spec racing is officially sanctioned by various motorsports associations, including World Challenge, GRAND-AM, the Sports Car Club of America (SCCA), and the National Auto Sport Association (NASA).

The idea behind the B-Spec series is affordable racing. Drivers can still enjoy the thrills of competition without taking out a second mortgage to pay for it. A few other manufacturers are getting on board and offering their vehicles for this type of racing. The Chevrolet Sonic, Fiat 500, Ford Fiesta, Honda Fit, Mazda 2, Mini Cooper, Nissan Versa, and Toyota Yaris are also eligible to compete in this class.

The Kia Rio 5 B-Spec Racer starts life as a base-model Rio LX hatchback. It comes with a 138-horsepower 1.6-liter 4-cylinder engine and 6-speed manual transmission for about $13,600. The Rio is then prepped for racing by taking out most of the interior, including all airbags, leaving only the shifter and dashboard. Interested parties can purchase a complete kit of parts from Kinetic Motorsports, Kia’s racing partner, for $14,000. It includes a racing seat, a racing seat-belt harness, a roll-cage kit, a fire-suppression system, a quick-release steering wheel, and an oil-sump-pan expansion kit. The engine is stock with only an aftermarket cat-back exhaust system added to it. Racing suspension and sticky BF Goodrich racing tires replace the stock units. With that, this little Rio 5 is ready to race.

At a recent journalist event, we took the 2012 Kia Rio 5 B-Spec Racer for a drive around the Road America racetrack in Elkhart Lake, Wisconsin. Here’s what we found.

Though racing in a small, sensible car might seem silly, it’s quite invigorating. It has been said that driving a slow car fast is more fun than driving a fast car slow, and that applies to this little dynamo.

The car’s engine is mostly unmodified (per the rules of the class), but it does sport an aftermarket cat-back exhaust system. To make the most of the engine’s limited resources, it is necessary to keep the engine at its peak high in the powerband. Downshifting will never throw you back in your seat like a V8-equipped race car, but the engine still makes a valiant effort at scooting the little car around the track.

The Rio 5 B-Spec Racer is shod with racing-slick tires that warm up and stick to the track like glue. Through Road America’s infamous turn called the Kink, the car never exhibited any of the understeer that would plague its showroom counterpart, though the factory-programmed traction control kept everything in-line and composed through this tight bend.

Kinetic Motorsports’ package includes a sport exhaust that ekes out a bit more power and results in a racy and authoritative—albeit a bit buzzy—tone. Unlike a car with no muffler, this sport muffler filters out high, tinny sounds and emphasizes the growling low- and mid-range frequencies of the car’s 1.6-liter 4-cylinder engine.

But it’s not all fun and games. The Rio 5 uses a racing suspension, and it’s meant for one thing and one thing only: stellar handling. The stiff shocks keep the car from leaning in tight, fast turns. This setup keeps the car balanced through the corners, allowing all four tires to maintain their contact patch and do their job of providing traction. The downside of this setup is a very hard ride. When the car hits a large bump, it sends a shockwave through the chassis that can hammer the driver’s spine through the firm racing seat. Also, because there is no interior carpeting or sound-deadening material in the car, it is very loud and unrefined inside, and the cavernous interior tends to reflect most sounds and amplify them somewhat. However, those who are interested in racing will deem this an appropriate tradeoff.

Though it’s not a thundering track terror, the Rio 5 B-Spec Racer is still a capable vehicle. Sure, a 4-cylinder with under 200 horsepower might seem slow compared to the big-time race cars that hit triple-digit speeds during a race. But the Rio is an easy car to drive because it has just enough horsepower to be fun, unlike some race monsters whose high-power engines make them tedious or hard to manage. Also, when all your opponents are driving similarly powered cars, I would expect that this form of racing can be as intense and white-knuckle inducing as the big boys’ fire-breathing machines. 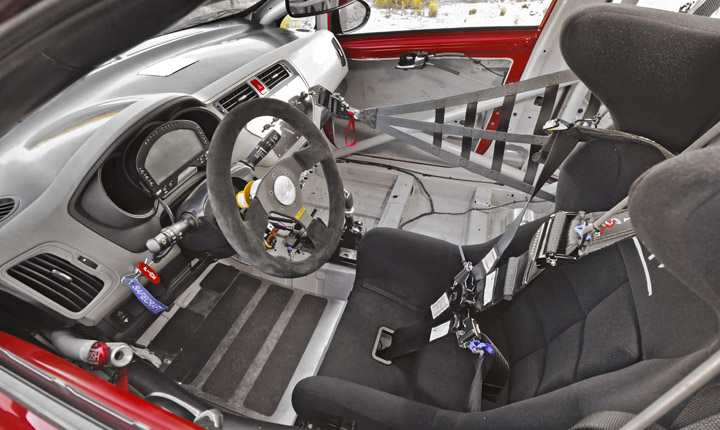 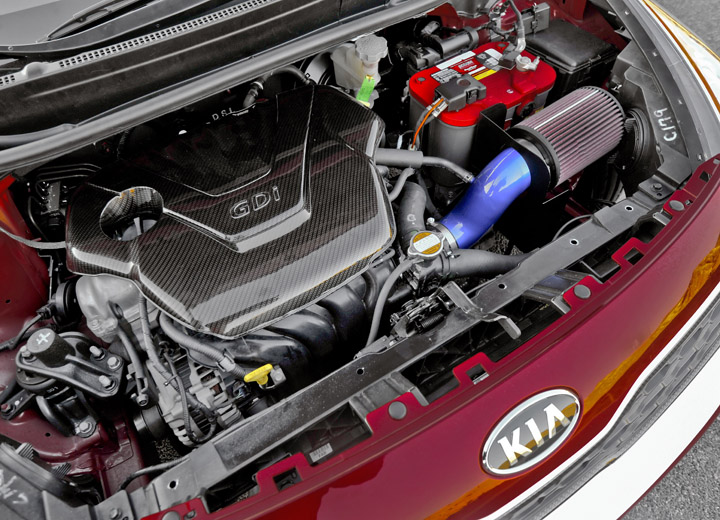 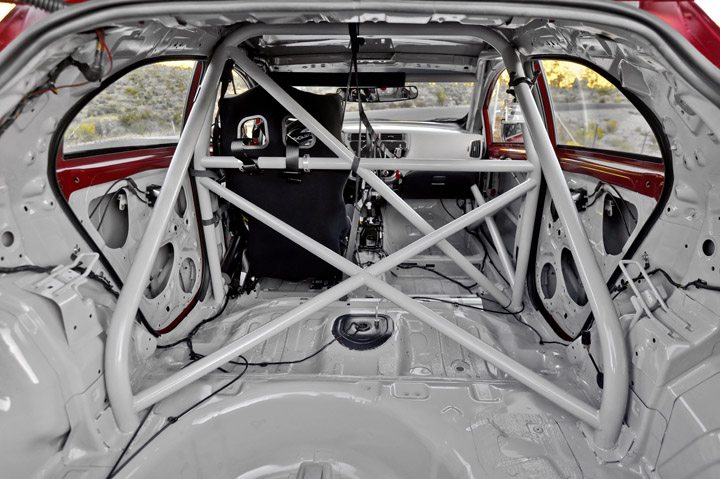