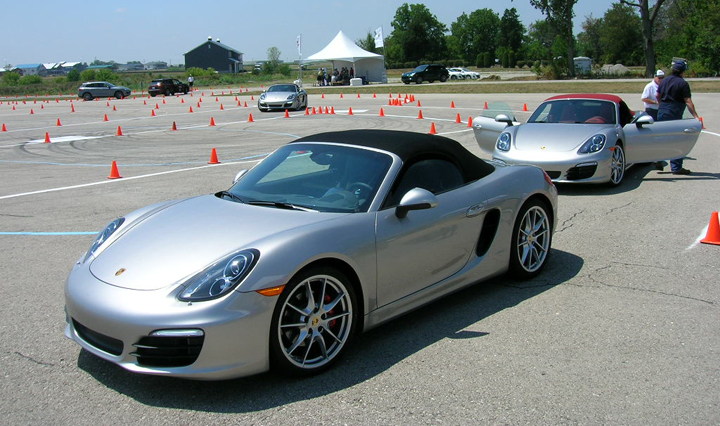 For the autocross portion of the Porsche World Roadshow in Joliet, Illinois, participants got a warm-up lap and a “fast lap” in a new-for 2013 Boxster S with a professional driving instructor riding shotgun.

A thorough test drive is always an important part of any new-vehicle buying experience. However, when it comes to high-end performance cars and enthusiast buyers, a run-of-the-mill dealership test drive on city streets isn’t always sufficient to truly show off the vehicle’s capabilities. Luxury manufacturers realize this, and most of them offer a variety of brand-specific “driving experience” events that range from complimentary half-day product samplings to expensive, multiple-day high-performance-driving instruction courses. These events are held at various racetracks and private country club-style road courses around the country, usually during the summer months. Manufacturers get to showcase their current offerings and do a bit of direct marketing. Enthusiasts and prospective buyers get a dose of professional instruction and a supervised high-performance test-drive opportunity that’s (briefly) unconstrained by those pesky speed limits and traffic laws.

Earlier this summer, Consumer Guide caught up with the Porsche World Roadshow at the Autobahn Country Club in Joliet, Illinois. The Roadshow is a half-day driving experience that consists of three main activities: a low-speed “comparison lap” in a Cayenne S and Cayenne S Hybrid, an autocross lap in the new-for-2013 Boxster, and, best of all, two laps of track time in a Panamera GTS, 911 Carrera, and 911 Carrera S.

The Porsche World Roadshow is a complimentary, invite-only consumer event, and the show is mostly over for this year. Houston, Texas; Sebring, Florida; and Charlotte, North Carolina are the remaining U.S. events on the schedule, but the Roadshow will likely return for 2013.

The headquarters for the Joliet event was this air-conditioned registration tent set up in the paddock of the Autobahn Country Club.

Porsche accessories and scale models were offered for purchase at a mini boutique set up inside the registration tent. 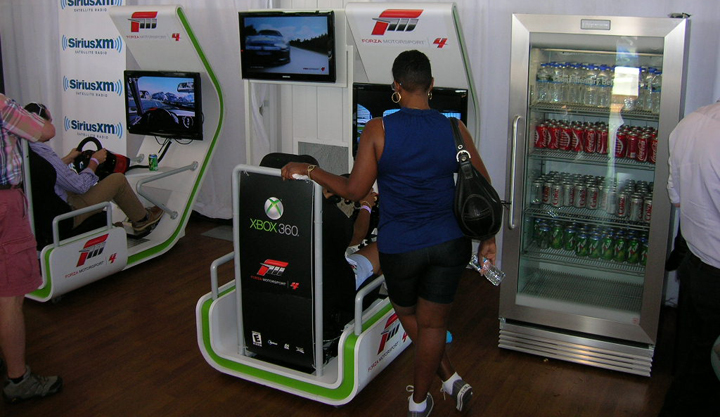 Video-game driving simulators and light refreshments were also available inside the tent. 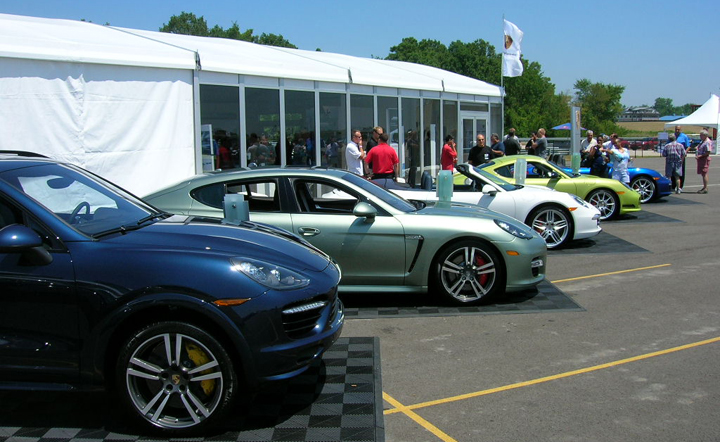 Porsche’s current model lineup was on display outside the tent. From left to right: Cayenne, Panamera, Boxster, Cayman, and 911.

On a very short loop course, attendees took a Cayenne S and a Cayenne S Hybrid for a quick spin. The gas/electric hybrid version has less horsepower but more torque than its traditional gas-engine sibling, so it fares very well in this back-to-back comparison.

For the coveted track-drive portion of the event, attendees rotated through a Panamera GTS, a 911 Carrera, and a 911 Carrera S. The first Panamera in this lineup is the instructor-driven “lead” car. Like most manufacturers’ consumer driving events, the track time takes the form of “lead-follow” laps, where participants closely follow a lead car driven by a professional instructor.