City driving is especially tough on fuel economy, but the suburbs also pose challenges to efficiency.

By now, most of us have heard the most common bits of gas-saving advice. We all know not to speed, to avoid jackrabbit starts, and to avoid letting the engine idle. Absolutely sound advice. But there is more we can do in the interest of conserving fuel.

I recently penned a blog post titled “Stop It! Five Habits to Break for Better Gas Mileage.” In summary, all five of those habits come back to one simple driving philosophy: avoid changing speed. Simply put, gaining speed consumes energy (gas), and hitting the brakes means wasting that effort—and likely having to accelerate again.

Obviously, we all have to stop for traffic lights and slow down in deference to other traffic, but we as drivers have surprising control over how much we slow down and speed up—we just need to pay attention to conditions around us.

Saving Gas in the City

In addition to the methods already mentioned, city drivers can also conserve fuel by analyzing the routes they travel most frequently. Unfortunately, city driving is inherently rough on fuel economy, but plotting a route that avoids stoplights and long periods of stop-and-go driving and low-speed crawling will help save gas.

Seek out constant-speed through streets with traffic lights that favor movement in the direction you’re traveling. Additionally, look for routes that avoid left-hand turns at busy intersections. Most likely, turning left onto a busy urban avenue onto another means waiting in a turning lane and likely sitting through at least one red-light cycle. If you avoid that same turn, or turn before or after that busiest street, you should often be able to avoid coming to a complete stop and idling through a red-light cycle.

Saving Gas in the Suburbs 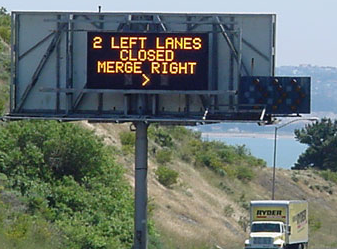 With fewer traffic lights and generally smoother vehicle flow, suburban driving lends itself better to efficient driving. Still, there are steps drivers can take to save gas.

The simple way to save gas is to make a mental note of when certain roads are most likely to be crowded, and avoid them at those times. An obvious example would be to avoid routes past shopping malls and large plazas on Saturday mornings. Schools, large office complexes, and train stations also draw heavy traffic at certain times, and knowing when to avoid that congestion can save you a little fuel.

Looking for more ways to save gas? check out these blog posts:

Stop it! 5 Habits to Break for Better Mileage