Are you inadvertently wasting gas? Here are 5 bad habits to break if you want to use less fuel.

We all know what we can do to save some gas. We know that we’re obliged to avoid jackrabbit starts, that we should travel at close to the posted speed limit, and that we’re committed to religiously checking the air pressure in our tires. Noted.

We’ve seen the list before. But, you ask, what else can we do? A better question might be, is there anything we should stop doing? The answer is yes. In fact, there are five things you can stop doing immediately in the name of improved fuel economy.

These actions may seem too simple, and you may worry that they may not amount to much. But, in fact, these steps form the core of what is commonly known as “hypermiling,” an extreme form of efficient driving that centers around the smooth application of power and the steady maintenance of speed.

Take the challenge and give it a shot. The worst thing that can happen is that you get to your destination a little quicker and you save a couple of dollars a week. If you have any fuel-saving tips you’re willing to share, let’s hear them.

You can curse your luck and blame the guy in front of you, but the fact that you’re stopped behind someone turning left is partially your fault. You know your commute, you know where other commuters stop in order to turn, so what are you doing in that lane?

The simple fact is, changing speed is the enemy of efficiency. It takes very little power—and therefore, relatively little gas—to maintain speed. Stopping and starting, however, require considerable energy, and that’s energy you pay for by the gallon.

Learn your commute. Watch for areas where vehicles frequently stop in order to turn and do what you can to avoid those lanes.

Your goal is to smoothly maintain a constant speed. Every time you tap the brakes, you scrub off speed you spent money to reach, and will now need to spend more money to return to.

Obviously tailgating is a sure-fire way to waste gas. Tailing too close to the car in front of you often results in sudden energy-wasting braking. But you can play a more active role in avoiding costly trips to the brake pedal.

Make a game of it. Carefully watch the traffic around you and take note of slow-moving cars and trucks, vehicles with turn signals flashing, and any other situations that may call for speed adjustments. Also take care to maintain space in front of your own vehicle. If you can coast for a moment instead of braking, you’re saving fuel. Your goal is, as safely as possible, to maintain a steady speed.

Your Mileage May Vary 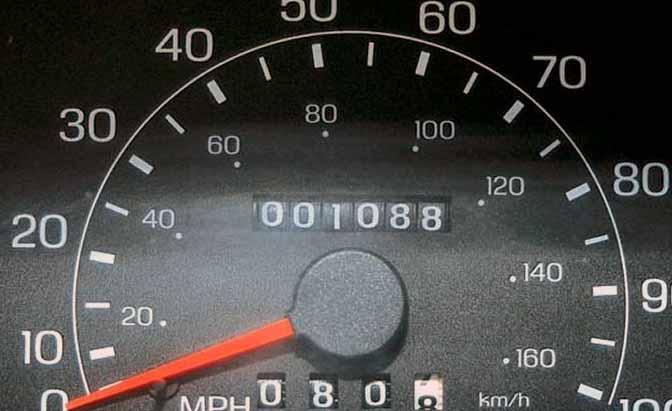 Improving your fuel economy is about more about just driving at a sane rate of speed, it’s also about maintaining that speed.

This wasteful habit needs to be corrected immediately. If traffic is moving at 40 mph, you want to be traveling at 40 mph—and maintain that speed for as long as possible. Yet, for some reason, many drivers insist on applying the throttle in bursts, climbing–for example–to 43 mph, and coasting down to 38 mph or so before hitting the gas again.

This insane habit not only burns fuel, it drives passengers and drivers around you crazy. Again, maintaining a constant speed is key to saving gas. If the situation allows, use cruise control. If traffic is too heavy for cruise control, your challenge is to act as a sort of human version of the system, changing speed only when conditions or the law dictate.

How Don Beats the EPA Mileage Estimates (By a Lot)

We’re all in a hurry to get home, but inching up in bursts while stuck at a stoplight really isn’t going to shorten your commute.

For best fuel-saving results, roll as far forward as possible when stopping at a traffic light and then proceed to wait patiently. Resist the urge to idle forward, even if the car ahead of you is playing the creep game.

Should you shut off your engine while you wait? Maybe. Thoughts on this vary significantly, with some experts suggesting shutting off your engine for stops as short as 15 seconds, while others recommend not bothering unless your stop will run over 3 minutes. We lean toward the latter, noting you’ll want to turn off your headlights too, lest you kill the battery, and consider long-term starter wear.

You can break every rule on this list by taking a detour through the drive-thru. Not only will those two-for-a-dollar apple pies pad your waistline, the idling in line for several minutes is wasting a lot of the gas you just worked so hard to save. If you need to take a refreshment break, considering parking the car and walking into the restaurant.

Note: The author acknowledges that he is a habitué of the drive-thru, and that his never-ending search for decent fast-food iced tea compromises his fuel economy and makes him something of a hypocrite.

How Accurate Are The EPA’s Mileage Estimates?