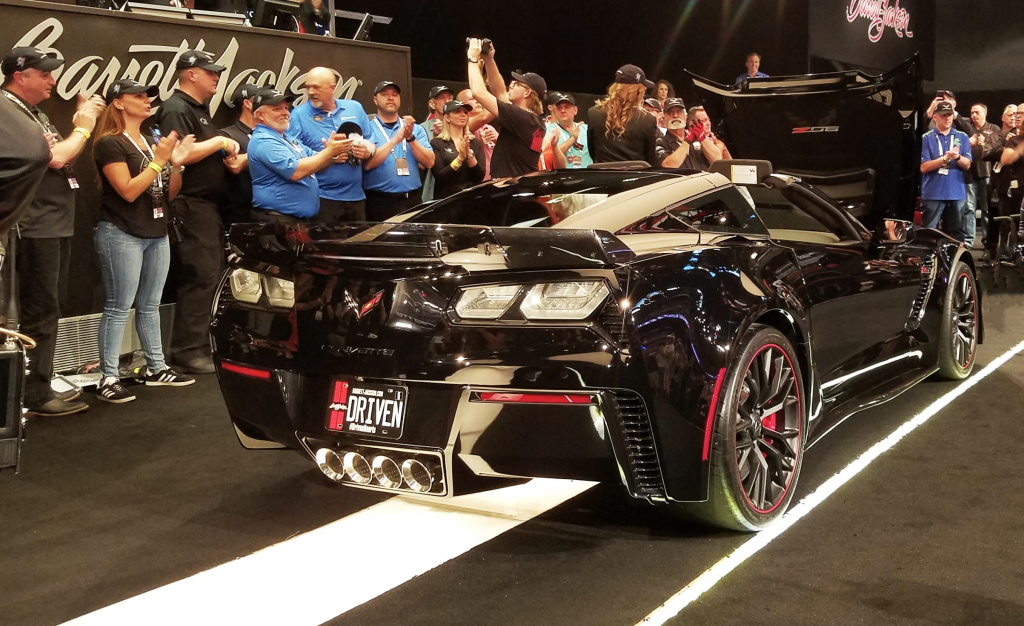 On the block: The final C7 Corvette brings a record-breaking 2.7 million dollars at auction.

With the reveal of the next-generation C8 Corvette just weeks away, the clock is winding down for the C7 Corvette… and, probably, for front-engine Corvettes in general. The C8, which is scheduled to be officially revealed on July 18, 2019, will be a mid-engine sports car, thus breaking the mold of every production Corvette since the first one in 1953.

Of course an oversized check was part of the festivities. All the proceeds from the sale of the final C7 Corvette will go to the Stephen Siller Tunnel to Towers Foundation.

Though GM has toyed with the idea of a mid-engine Corvette several times throughout the car’s history, and legendary Corvette engineer Zora Arkus-Duntov had long pushed for one, there has never been a production mid-engine ‘Vette before the C8.

With such a massive revamp of one of America’s most celebrated vehicles waiting in the wings, the departure of the C7 Corvette feels like an even more poignant moment in automotive history. Chevrolet wasn’t about to let the C7 fade into history with no fanfare, so the company donated the last C7 Corvette it will build—a black Z06 with a red leather interior—to be auctioned at the Barrett-Jackson Northeast Auction at the Mohegan Sun Arena in Uncasville, CT. The entirety of the proceeds of the auction are going to the Stephen Siller Tunnel to Towers Foundation, a charity organization for American military and first responders that builds smart homes for catastrophically injured veterans.

Left: The Mohegan Sun Arena was crowded with spectators awaiting one of the keynote auctions of the Barrett-Jackson event. Right: The car cued up in the final staging area, before driving up to the center stage.

The Corvette that crossed the stage at the Barrett-Jackson Northeast auction was actually a doppelganger, though it is identical in spec to the actual final C7 Corvette that will roll off the assembly line when C7 production ends in the near future. At about 5:30 PM on Friday, June 28, that “stunt double” rolled on to the center stage, and after a few brief words from Barrett-Jackson Chairman and CEO Craig Jackson; GM Vice President of U.S. Sales, Service and Marketing Steve Hill; and Chairman and CEO of the Stephen Siller Foundation Frank Siller, the bidding began. From a starting bid of $100,000, the bidding moved quickly, volleying back and forth between an in-house bidder and a call-in bidder. About four minutes later, the hammer fell on a final phone-in bid of 2.7 million dollars. The atmosphere in the room was electric.

Clearly, the all-proceeds-to-charity status of the auction and the historical pedigree of the car itself proved to be a winning combination; that hammer price breaks a Barrett-Jackson record for a manufacturer-donated vehicle. 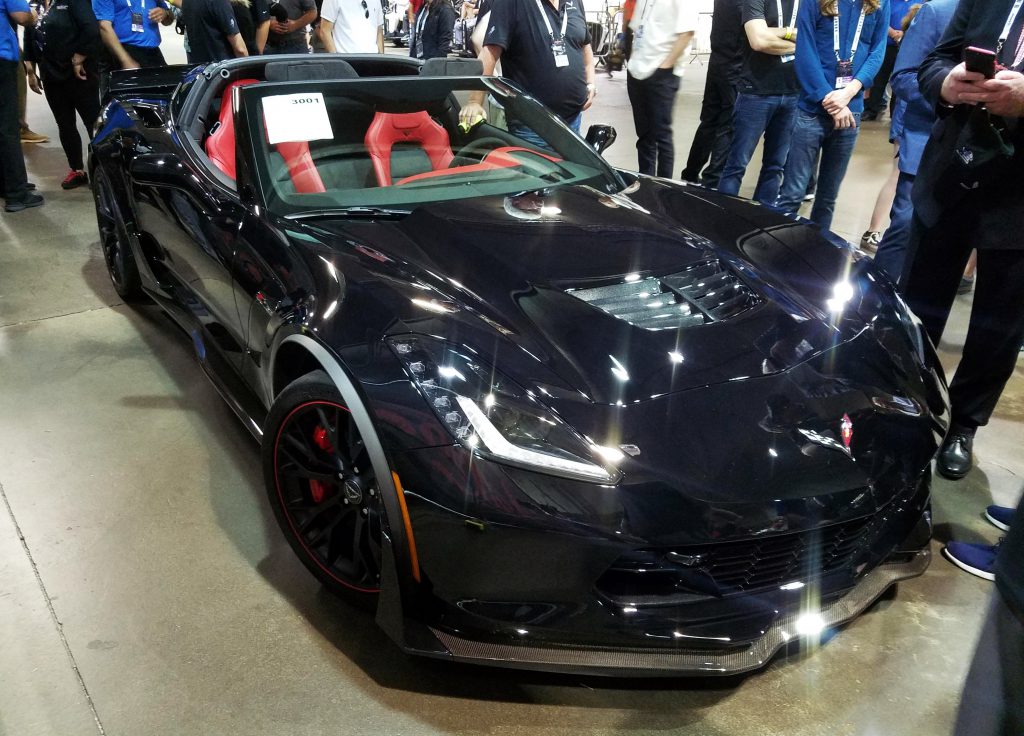 The car that crossed the stage at the Barrett-Jackson action isn’t the actual last C7 Corvette built, but it is identical in spec to the final car that will be built later this year.