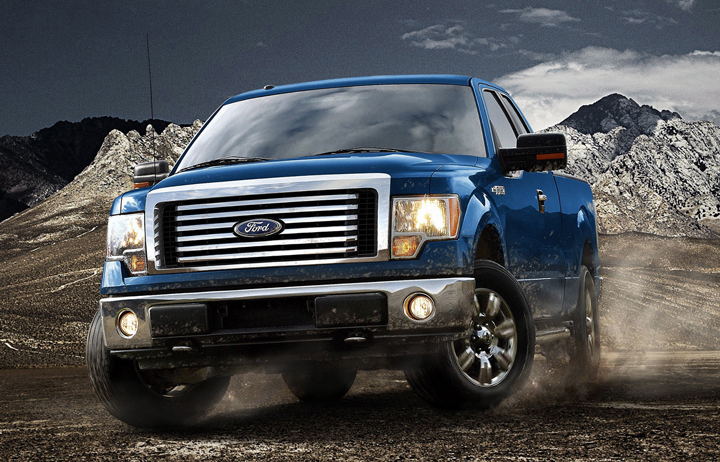 While you sacrifice power with the 3.7 V6 and fuel economy with the V8s, the EcoBoost is billed as the best of both worlds. With a torque rating of 420, which is 40 more than the 5.0 V8, the EcoBoost is incredibly mighty for its size. It can haul up to 11,300 pounds.

For the EcoBoost engine, you would have to pay either a $1,875 premium over models that come standard with the 3.7 V6, or $895 over those for which the 5.0 V8 is standard. Is it worth the extra cost? That’s an individual decision, but Consumer Guide Auto editors feel that if you can afford the EcoBoost, buy it.

“The 6 is the new 8!” exclaimed one editor after his first test drive. “The EcoBoost V6 is wonderfully smooth and extremely potent.”

Added a fellow editor, “With the EcoBoost V6, it was a snap to enter expressways at highway speed or to pass in normal commuting. The engine is smooth, and its operation is enhanced by the 6-speed automatic transmission.”

Raved a third editor: “The EcoBoost engine is ridiculously strong, feeling like a massive big block rather than some stingier V6.”

Much to Mike Rowe’s chagrin, editors were not terribly impressed with the EcoBoost’s fuel economy. During our three months of driving in real-world conditions, we fell a little short of the EPA estimates. Over the course of 2,255 miles, we averaged a combined 15.7 mpg, with a nearly 50-50 split between city and highway driving. Our low mpg number can be somewhat attributed to cold Chicago weather and the heavy crew-cab body style.

For a complete review of the Ford F-150, click here.