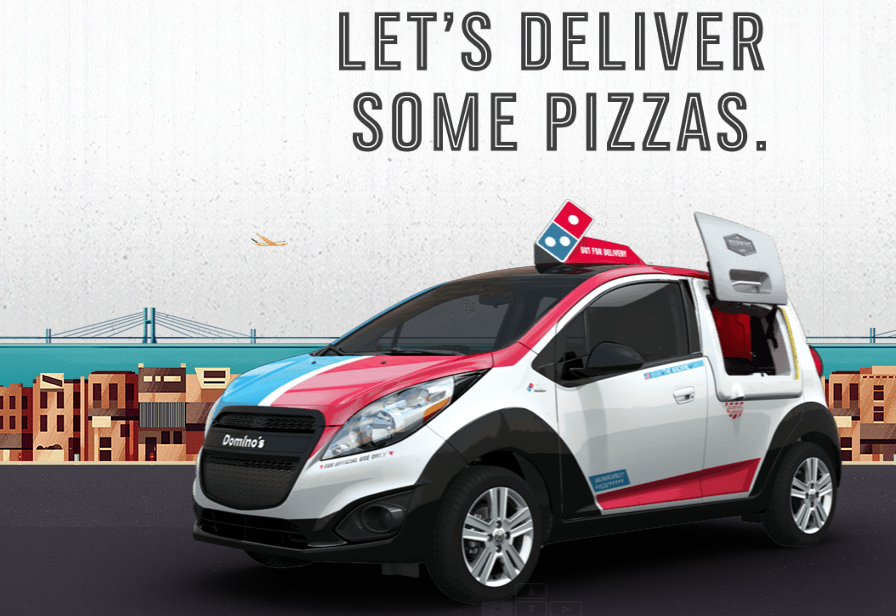 While broadcast and digital media remain the best ways for most retail operations to reach prospective clients, a few determined businesses have, over the years, turned to the automobile as a way to raise brand awareness.

By now, most Americans living in urban areas have seen a Red Bull Mini tooling around town, complete with a giant Red Bull can mounted to the roof. And Best Buy’s Geek Squad Volkswagen Beetles are a fixture in many parts of the country. 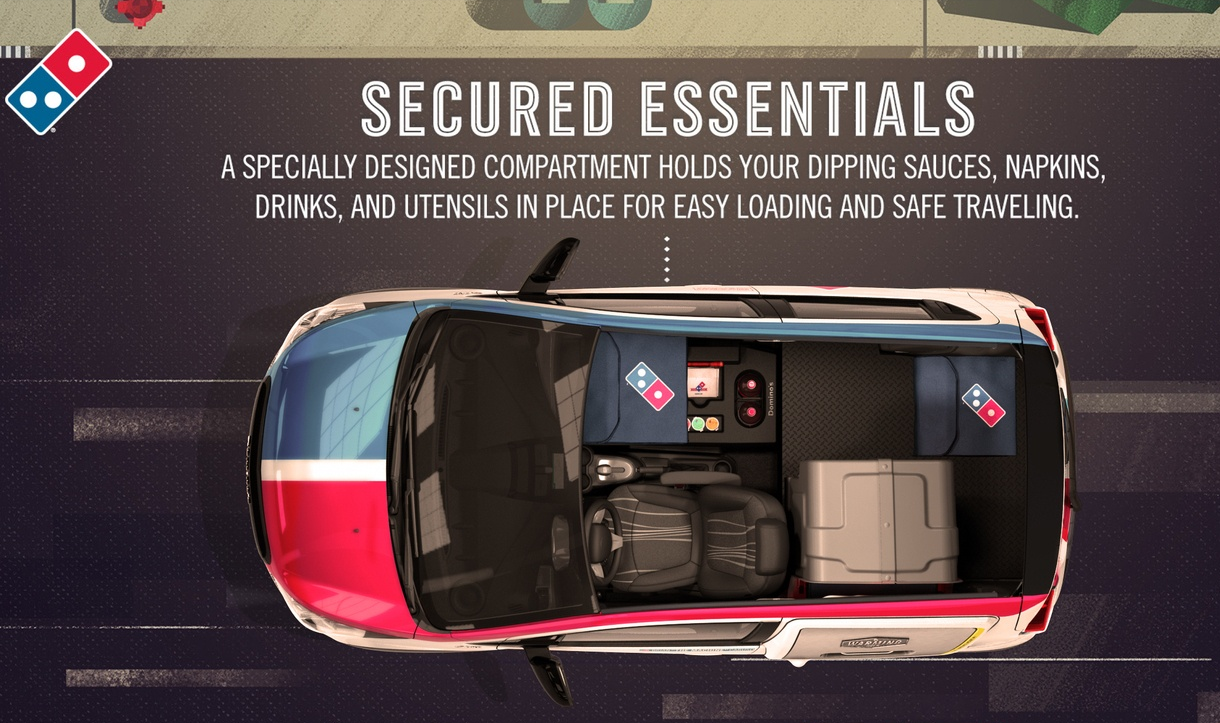 No riders! The space where the passenger seat once was is now a dedicated rack fitted to hold 2-liter soda bottles and containers of dipping sauce.

The king of all branded vehicles, however, remains the Oscar Meyer Wienermobile, a marketing fixture since it was first seen way back in 1936.

Now, Domino’s Pizza has entered the “auto-vertising” fray with a custom vehicle of its own design. (Perhaps Domino’s executives were tired of seeing the company logo affixed to the roofs of tired Toyota Echos and beat-up Nissan Sentras.)

The DXP begins life as a Chevrolet Spark, which is handed over to aftermarket automotive engineering and manufacturing firm Roush Enterprises. Yes, that’s the same Roush that performs high-performance magic on various OEM vehicles, most famously the Ford Mustang.

While Roush does a fair amount of work to the outside of the DXP, it’s what happens inside that’s most interesting. Since Domino’s delivery drivers all ride alone, the DXP is stripped of its front passenger seat–this makes space for pizza and a custom storage area designed to accommodate dipping-sauce containers and 2-liter bottles.

Occupying most of the back-seat area is a custom pizza-warming oven, which is accessed via an external hatch located roughly where the driver’s-side rear-passenger window once was. The oven is designed to stay at a constant toasty 140 degrees, a temperature considered ideal by Domino’s for maintaining a pizza’s freshness. 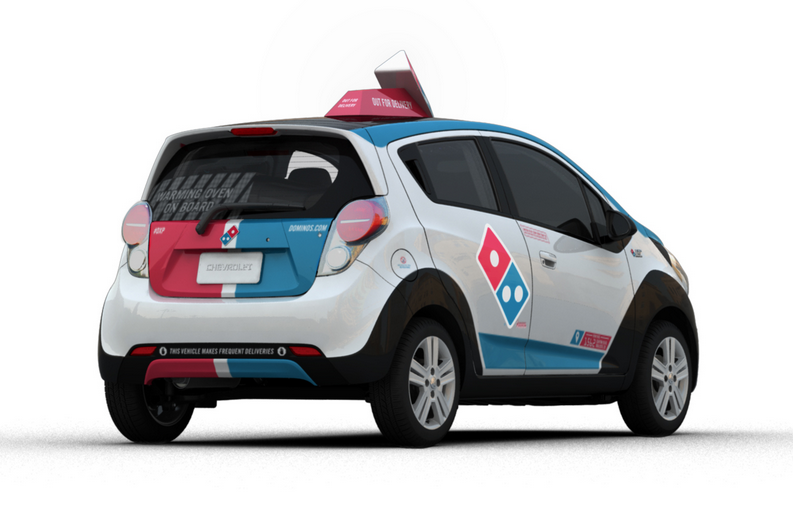 The DXP begins life as a Chevrolet Spark, and retains that car’s 98-horsepower 1.4-liter engine and CVT-automatic transmission.

Roush has completed the manufacture of the first 100 DXP vehicles, all of which are expected to be in service by the end of year. Per Domino’s, the expected service life of a DXP is five years. Domino’s has arranged for local Chevrolet dealers to tend to the care and maintenance of the delivery cars, including the ovens.

Should demand warrant, additional cars will be contracted from Roush.

DXPs are being made available to Domino’s franchisees for between $20,000 and $25,000, with prices varying based on the number delivered to a given region.

While the Domino’s DXP may never become as iconic as the Wienermobile, it’s almost certain to raise awareness of the Domino’s brand. And who can ask for more from a car that’s already keeping your pizza warm in transit?