My No. 3 Pet Peeve: Transmission Responsiveness . . . or Rather, Lack of Same 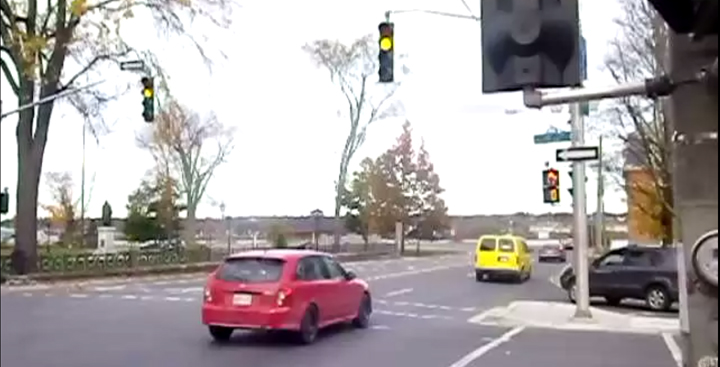 It used to be referred to as “tip-in acceleration”—those instances when you press the gas pedal either partway down or to the floor while already rolling in order to gain speed. Whether it’s to beat the light that just turned yellow or slip into an opening in fast-moving traffic, it’s something you want now rather than later.

In what I’m . . . uh . . . experienced enough to refer to as “the good old days,” this was rarely a concern. Back then, automatic transmissions had only two or three speeds and the engine was fed by a carburetor. The gas pedal was connected to the carburetor with a mechanical linkage, so any downward movement of the pedal caused an instantaneous power surge. Press the pedal far enough, and another mechanical linkage caused the transmission to instantly downshift a gear. This all provided very quick tip-in acceleration, but also lousy fuel mileage and choking exhaust emissions.

Today we have fuel-injection systems with “throttle by wire.” Pressing on the gas pedal moves a sensor that talks to a computer that does some calculations and tells a servo how far and how fast to open the throttle plate. But it usually occurs only after the computer has told the transmission to downshift a calculated number of gears. And since current automatic transmissions typically have between four and eight speeds, it takes more “thought” than it used to.

This process is necessary because today’s smaller engines don’t make much power at low engine speeds. Yet that’s where they’re kept under cruise conditions in order to maximize fuel economy and minimize exhaust emissions. It’s one of the reasons there are so many speeds in the transmission—so the speed of the engine can be kept as low as possible under different road speeds and load conditions. Thus, when you need to accelerate, the first thing that has to happen is for the transmission to downshift so the engine can spin faster to produce more power.

Depending on the car, this downshift can be either lightning quick or painfully slow. And nowadays, it’s too often the latter.

In our evaluation text, we typically refer to this as “throttle response,” as it seems more self-explanatory than “tip-in acceleration.” Out on the highway, where passing another car means having the throttle floored for a relatively long period of time—roughly five to ten seconds—the amount of power produced is probably more important than how quickly the transmission downshifted to give it to you. But around town, it may be just the opposite. Too often during a workday commute, you hit the gas, and by the time power actually arrives, you’ve already coasted through the red light or that hole in the adjacent lane has closed up.

One thing that makes evaluations tricky is that a car’s transmission might behave differently at different speeds and different degrees of throttle movement. Furthermore, some cars have a variety of transmission settings—such as Eco, Comfort, and Sport—and each might incorporate unique shift programming.

Such was the case with a 2012 BMW 328i we recently had as a test vehicle. When I first drove it, downshifts prompted by my right foot—whether the pedal was put partway down or slammed to the floor—were painfully slow. A previous driver had left it in Eco mode, which seemingly made a difference, as it wasn’t nearly as bad in the Comfort and Sport settings. But why? Isn’t it conceivable that a person interested in optimal fuel economy might also have an urgent need for speed? Shouldn’t burying the throttle into the floorboard be an indication that—economy minded or not—the driver needs power right now?

Perhaps I’m so finicky about automatics because I’m really a manual-transmission guy at heart; maybe it’s some sort of testosterone-fueled control thing, but I like being able to select my own gears. But cars offering manual transmissions are becoming few and far between, so I really notice and appreciate when an automatic is responsive enough to virtually read my mind. It just becomes one more element in our current terrific crop of vehicles that convinces me that in the automotive world, at least, these might actually be “the good new days.”

My No. 2 Pet Peeve: Control Layouts