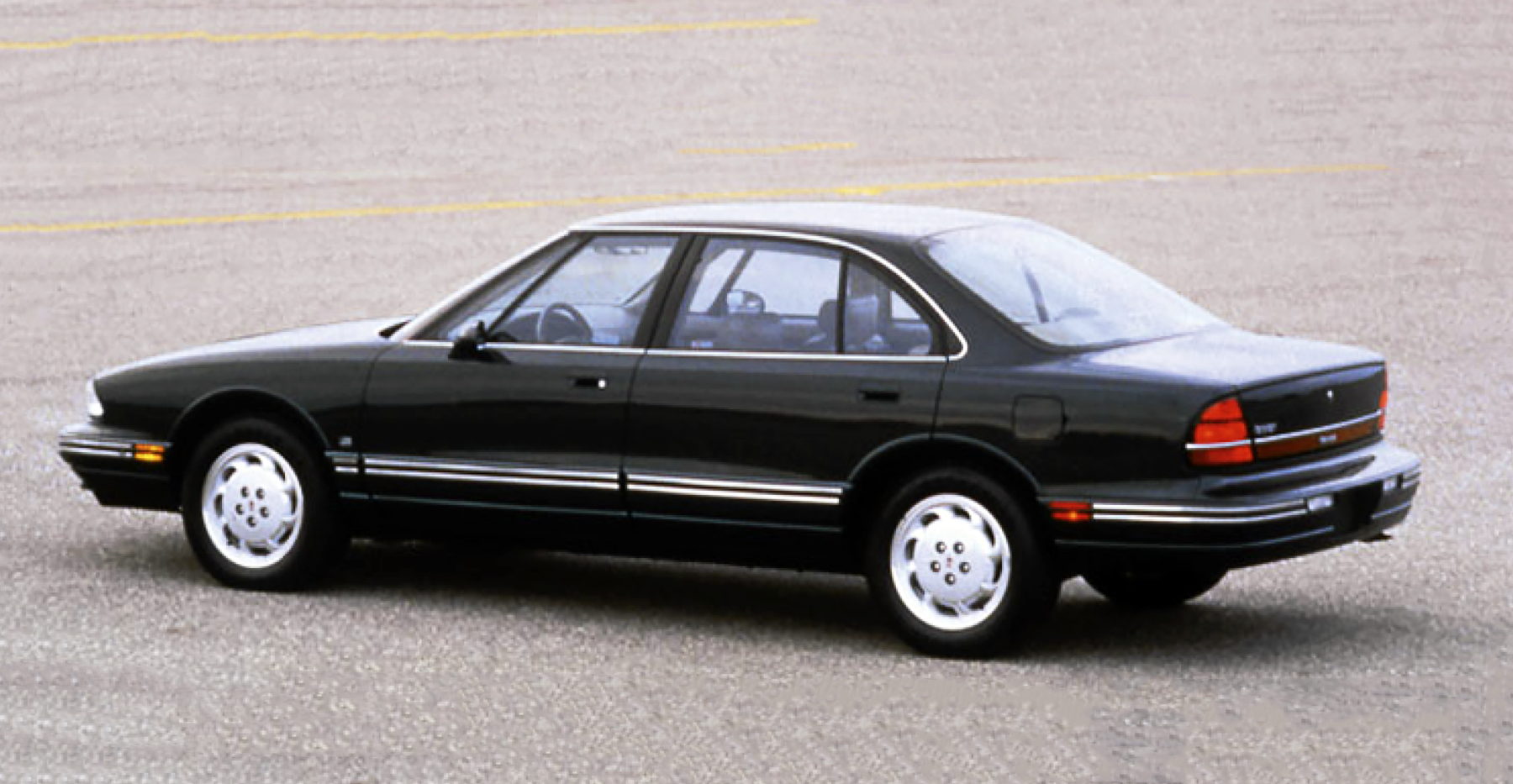 The low rear deck, tall windows, and thin pillars of this mid-1990s Olds 88 used to be the norm. Not so much anymore.

Many of our editors are known for their pet peeves. Six-foot-six Damon Bell always complains about headroom (though now that he’s a new dad, he has added “degree of difficulty” for child-seat installation). Techno-geek Ed Piotrowski grouses about cumbersome cell-phone linking and Pandora access. Jack Stewart complains when a test car is so large that he has to move boxes of spare parts for his Jaguar E-Type (most of which contain triplicates of any component bearing the name “Lucas”) in order to fit the test car in his garage. Don Sikora II (affectionately known internally as “DS 2.0,” something he may just now be learning) consistently gets the best fuel economy of anyone on the staff and equally consistently gripes about it. Associate Publisher Tom Appel (think middle-aged middle linebacker—replete with shoulder pads) carps about elbowroom. And “Geezer C” (my rap name) famously complains about visibility.

But that’s not unjustified. While visiting my mother in Phoenix recently, I had occasion to back her 1994 Olds 88 (which has yet to break 70,000 miles) out of the garage. In doing so, I saw something through the back window I hadn’t seen in a long time: the driveway. Not her driveway . . . any driveway.

Most cars nowadays have such tall trunks—and SUVs and minivans such high beltlines—that seeing anything close behind the vehicle is almost impossible. Furthermore, it struck me that in comparison to today’s cars, the Oldsmobile had huge windows and spaghetti-thin roof pillars, all of which made me feel like a guppy in a fishbowl.

And I like that feeling. Back in 1990, when I first started driving test vehicles at Consumer Guide, virtually all cars were built that way. Not anymore. Whether it’s due to styling preferences, safety concerns, or the dictates of aerodynamics, most of today’s vehicles have thick front roof pillars that can easily hide pedestrians in crosswalks, heavy side pillars that can obscure entire cars traveling beside your left shoulder, and monolithic rear pillars that make backing out of parking spaces an exercise in blind faith.

Some cars are better than others in this regard (Subarus generally being among the best), though new features are beginning to appear that also help.

Two were demonstrated on the new Acura ILX and redesigned RDX, which I recently previewed in Phoenix. One was a wide-angle mirror built into the outside edge of the driver-side mirror. Unlike the fisheye mirror that has long been used on the passenger side (the one marked “Images in mirror are closer than they appear”), this one is on a separate plane than the normal mirror and thus doesn’t distort the view. It greatly helps in alleviating the blind spot over the driver’s left shoulder. Other cars have had it before, but it’s nice to see its use expanding.

The other is a wide-angle back-up camera, which is also rare but is not the first of its kind. Most back-up cameras show only about a 140-degree arc. A wide-angle camera shows a 180-degree arc—half of a full circle. When backing out of a parking space between two SUVs, it allows you to see both ways down the aisle as soon as the rear of your car clears the flanks of those beside it.

There’s no question that visibility will continue to be my primary pet peeve. But with these new features, at least my rantings will be less justified.

My No. 3 Pet Peeve: Control Layouts