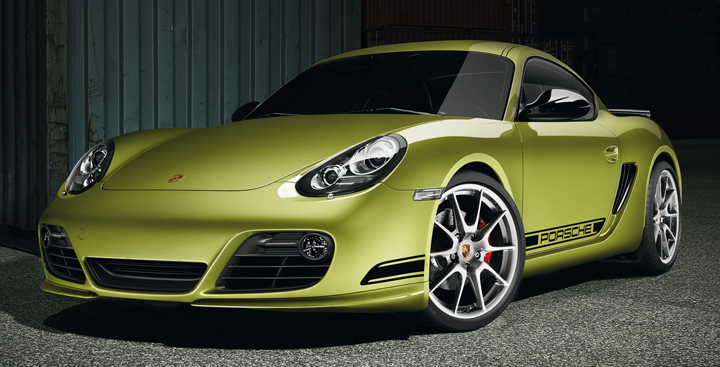 Tom Appel: With strap door pulls that actually manipulate the car’s locks, and a navigation system, this R isn’t as pure as such Porsches may have once been, but get past that stuff and the driving experience is as essentially honest as any you can imagine. Turn off the radio, forget the the other stuff, and just drive. . . aggressively. If I had to learn a new track in a hurry, this would be the car I would want to learn it in. The ride is a little crunchy for the Chicago area, but that’s my only serious criticism of this delightful machine.

Damon Bell: Any Porsche Cayman is a stellar machine, no two ways about it. A Cayman R is even better, but I’m not sure that it’s $14,400 better than a base Cayman. Also, our tester stickered out at a cool $79,285, up from a starting price of $66,300. I’m not convinced that the nearly $13,000 load of options added that much to the overall driving experience.

Ed Piotrowski: Cayman is a supremely capable driving machine. The R version gets a few more ponies and some unique touches, but its pricing puts it in kind of a strange position within the segment. For a slightly greater outlay, you could put yourself into a 911, which I think is a better car. The most basic 911 essentially recreates the atmosphere of the Cayman R but is more refined overall. Still, I wouldn’t frown on anyone who would prefer the Cayman.

Don Sikora: Given the choice, our recent 2012 Porsche Cayman R test car would have probably rather spent the weekend lapping the Nurburgring or Road America. Instead, it shared a boring few days in the suburbs with me. In attention-grabbing Peridot Metallic (a VERY bright green), the Cayman R was a fine companion as I went about running my errands. Yes, I actually took the racy Porsche to the grocery store. Even in mundane situations, the Cayman R’s wonderful shifter, frisky engine, and razor-sharp handling prove very enjoyable. A nicely finished interior and usable cargo room are other pluses. Outstanding performance and a very agreeable manner about town are a winning combination in my book.