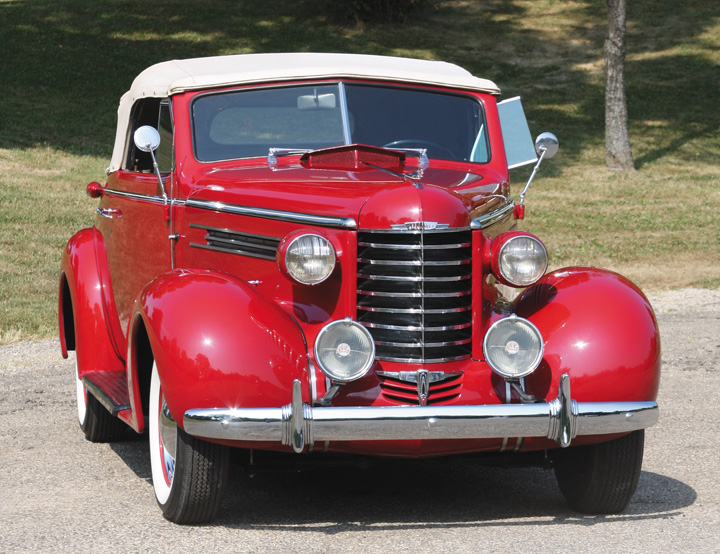 Oldsmobiles were completely restyled for 1937, helping drive sales to a record high.

Note: This article is reprinted from the October 2014 issue of Collectible Automobile

Oldsmobile sold a lot of cars in 1937. In fact, with 206,086 produced for the model year, Olds had the best year in its 40-year history. Thanks to robust annual growth, that marked an amazing turnaround from the 20,144 cars that had dribbled out from its assembly lines in Depression-wracked 1932.

There were numerous good reasons why Oldsmobile reached a new peak in 1937. For starters, its cars were fully restyled to adorn all-new General Motors-Fisher “B” bodies that newly featured all-steel construction. Furthermore, the division improved both of its available engines and enhanced passenger comfort.

The same seven body styles were available in the six-cylinder F-37 and eight-cylinder L-37 series. Aside from their engines, they differed in wheelbase and several styling details. Starting prices for Eights were uniformly $100 more than for corresponding Sixes, which ranged in price from $685 to $835.

Increases in wheelbase to 117 inches for the F-37 (a gain of two) and to 124 for the L-37 (a gain of three) left room for rear-seat passengers to sit ahead of the axle, a boon to their comfort. The L-head six was bored out by an extra eighth of an inch, which raised displacement to 229.7 cubic inches and boosted horsepower to 95, a gain of five. Meanwhile, the 257.1-cid “flathead” eight was more fundamentally changed and developed 110 bhp. 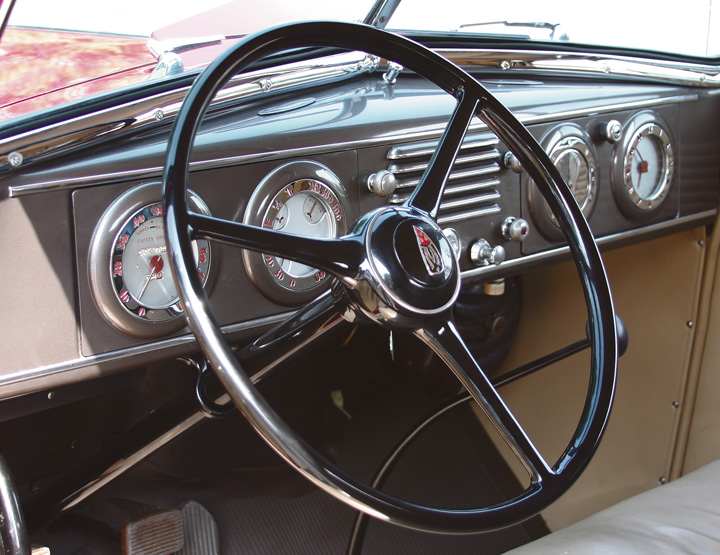 A floor-mounted shifter mated to either a 95-horsepower six or a 110-horsepower straight-eight. An available semi-automatic transmission moved shift actuation to the steering column.

Where the higher-end cars sported a check pattern on the grille and hood vents, oblong taillight lenses, and decorative bumper plates that called attention their status as eight-cylinder cars, the F-37s went with bold horizontal bars on the grille and hood sides, round taillights in bullet nacelles mounted high on the body, and plainer bumpers. Headlamp shells differed, too. L-37 interiors also had a more elaborate steering wheel and a little more brightwork on the door panels.

All ’37 Oldsmobiles featured an X-braced channel-section frame. Suspension was independent and coil-sprung up front; solid-axle supported by semielliptic leaf springs in back. 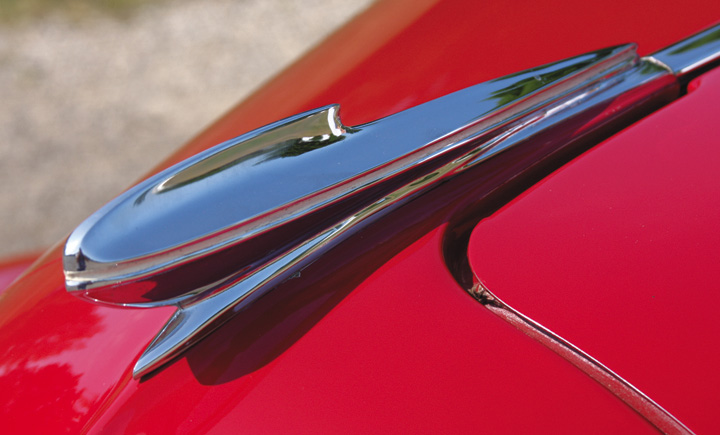 The standard transmission was a three-speed manual, synchronized in the top two gears, and activated by a floor lever. However, a new option—available only for Eights in ’37 but later extended to Sixes—was the semiautomatic (and somewhat confusingly named) “Automatic Safety Transmission” with steering-column actuation.

Formerly located under the front seat, the battery was moved under the hood in ’37. Brakes were four-wheel hydraulic drums—11-inch diameter for Sixes, 12 inches for Eights—and steering was Saginaw worm and double roller.

Sixes accounted for 77.5 percent of ’37 Oldsmobile output. Of the nearly 160,000 made, 1578 of them were the convertible coupe—now the make’s only model with a rumble seat—which headed the line with its $835 starting price. It wasn’t a car you would have seen many of in its day and the odds are much longer now. Warren Danz, of Peoria, Illinois, owner of the F-37 convertible featured here, says just four others are known to be running. His car received an off-frame restoration in 1980.